This page is a draft, see https://web.northeastern.edu/holland2017sustrans/?page_id=530 to view the final report

Systematic safety is the traffic safety principle that European countries such as the Netherlands implemented to increase road safety.  Through this approach, the Dutch has experienced a significant drop of numbers of road way fatality. According to WHO’s relating report in 2015, the traffic fatality rate is 15.9 per million population in America, while the Dutch number is 3.4[1], less than a quarter of the American statistics. 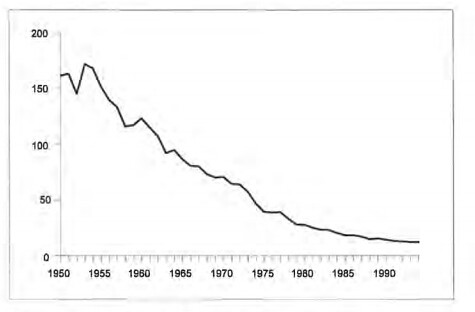 Among the principles of systematic safety a major category of approaches to eliminate crashes is to control speed. It takes a longer distance and time for a vehicle to come to a complete stop when there’s a higher speed. When there is a situation when cars need to stop on a dime, for example cars is mixed with pedestrians, the target speed is 6 mph or 10 km/h. This allows driver to have more time to observe the traffic and take action when needed. This also reduces the severity of potential physical injury if an collision, which should be least likely to happen, do occurs.

Rather than relying on the drivers’ instinct or carefulness when encountering with bicycle and pedestrians, it’s better to systematically design the road so that a low speed is self-enforced. A raised crossing is one solution to those intersections or pull-outs when drivers need to maintain a lower speed to ensure safety. Before vehicles conflict with bikes and pedestrians, they have to drive through a raised area. Drivers will intuitively lower their speed when a sheer ramp is expected to avoid discomfort caused by bumping, which is basically the same mechanism how speed humps slow cars down. When vehicles safely pass through the conflict zone, they descend to the level of road and continue to drove.

Another benefit provided by raised crossing is courtesy for handicaps and comfort for pedestrians and cyclists. From a pedestrian’s perspective, instead of stepping down onto the pavement to cross the street, the street is raised to the same elevation of the curb so that there’s no gap to take care of. This allows wheelchairs and bicycles to pass through smoothly.

Raised crossings are widely used in Dutch road systems, but less popular among American designs. Dutch started to build their raised crossing during the 90s and now it becomes a standardized mean of speed control.

According to the Dutch experience, a raised crossing is desirable when a main road, usually with higher speed, intersects with a minor road. Along the main road there’re usually cycle tracks or bike lanes, as well as sidewalks to accommodate non-motorized traffic, for which raised crossing will provide sufficient amount of protection.

In case of right turns or pull-outs, the visibility is usually compromised. Raised crossing is applied in these cases to help drivers to stop when encountering unexpected cyclists and pedestrians. It’s most likely that drivers will be able to stop as soon as they see the incoming object. 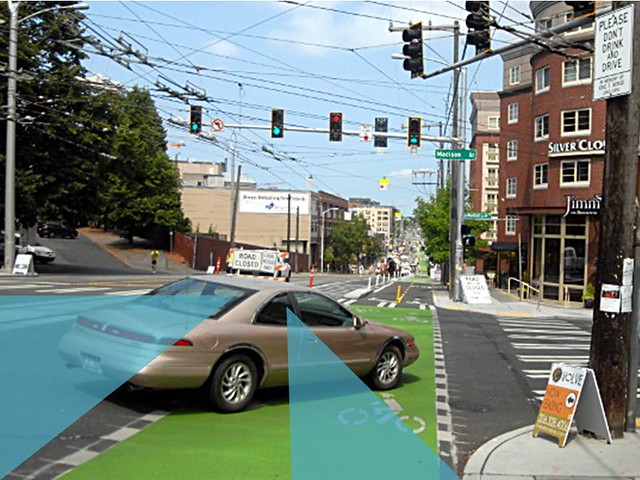 The slope is what actually makes vehicle slows down. In Dutch approach, the slope is usually between 6° and 12 °( 10% to 20%). The slope need to be sheer enough to make it uncomfortable to drive on with a high speed.

The ramp also should be long enough to allow drivers to brake until they reach the conflict zone. The run of the slope is usually 50 to 80 cm( 20 to 30 in).

The width of a raised crossing should fully accommodate the sidewalk and cycle tracks alongside the main road, if not bumped out at intersections,  in which case the raised part is even wider.

The length of a raised crossing is greater or equal than the minor road’s width. In case of a narrow minor road or limited visibility, a funnel-shaped expansion can be expected.

2. Sustainable road safety in the Netherlands; An overview