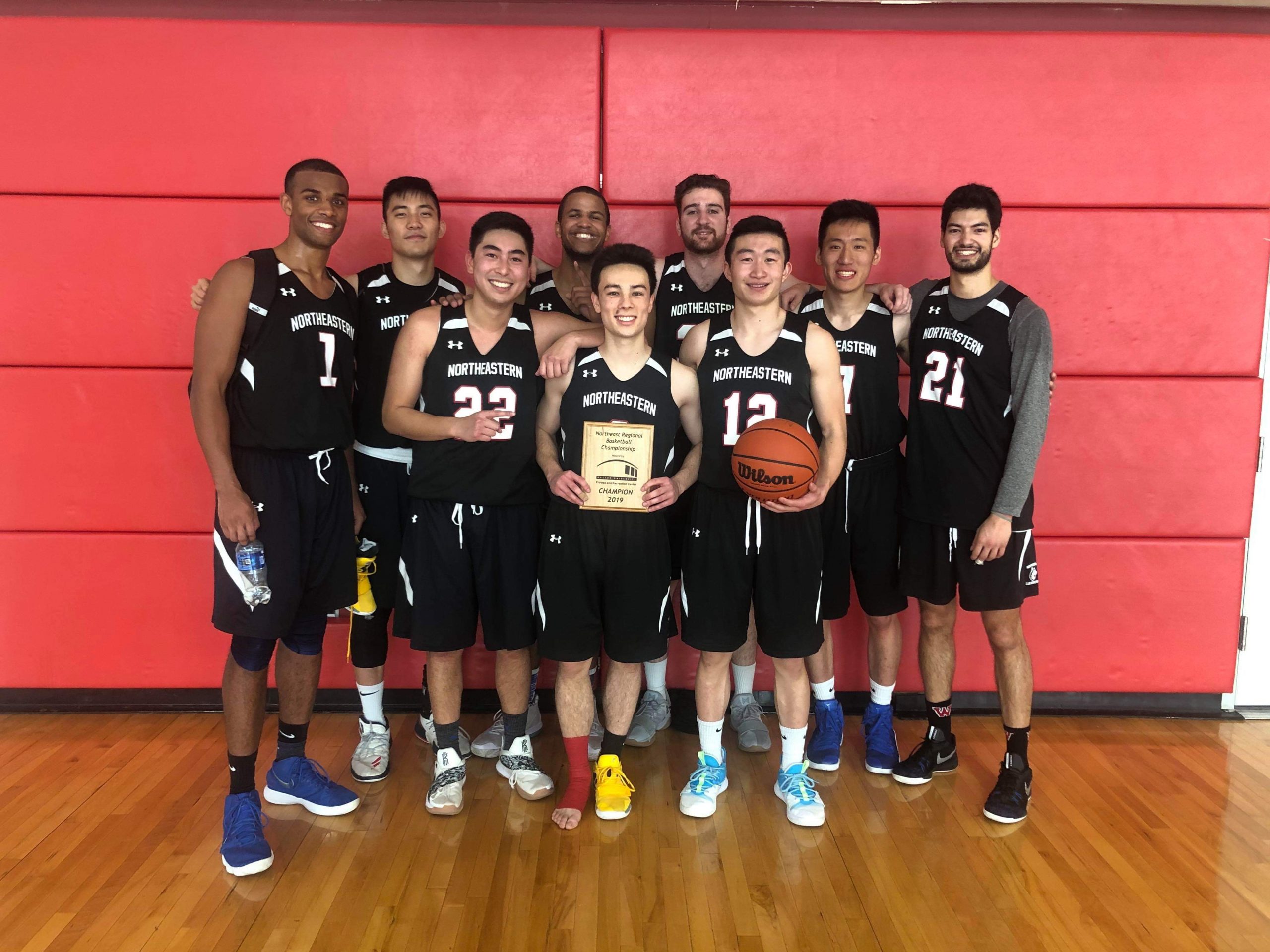 The club men’s basketball team has scored themselves an invite to the National tournament after winning the Regional tournament at Boston University this past weekend. This major accomplishment does not come as a surprise after their perfect 10-0 season. The team made it a priority this year to build team chemistry off the court which in return helped enhance their dynamic on the floor. They were unstoppable, defeating Boston University, Clark University, and Brandeis in scrimmages at home. This win streak carried on as they dominated Assumption three times during their first league games. Then, men’s basketball entered the fall Regional tournament where the competition still could not beat them. Boston University, Harvard University, and the University of New Hampshire all fell short to the Huskies. UNH did put up a fight however – they were ahead by 8 points at halftime in the first game and they forced the championship game into overtime. Northeastern still managed to come out on top thanks to their tenacious defense that did not allow UNH to score at all in overtime. The bond established by the seniors amongst this team has fueled this winning mentality for the Huskies. Best of luck to the club men’s basketball team as they prepare for the National tournament in Wichita, Kansas this upcoming April.