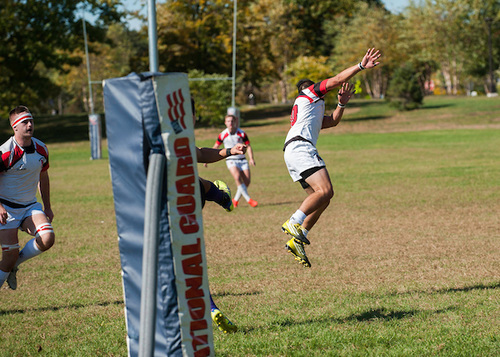 The Northeastern Maddogs made a weekend trip down to Long Island, NY to compete in the Stony Brook Rugby Sevens tournament this past weekend. The Dogs arrived late at night on Friday, only to wake up to windy and frigid temperatures the next morning.

Northeastern opened their pool play with what seemed to be a mud battle against a strong and smart attacking Kutztown B side. However, the Maddogs did a great job of stretching their defence to put two tries into the corner. The next match up was against Iona University who brought an even stronger defence. Due to a few in-play mistakes the Maddogs let this game slip by them, but their opportunity to finish near top of the pool was not over yet. The final pool match was against Columbia university where the Dogs attacked with confidence for the entire fourteen minutes. This led them to a second-place tie with Kutztown B, but the 50-point win over Columbia bumped the Maddogs into second place by a two-point score differential.

Northeastern vs Kutztown B 12-12 TIE

For the Plate semi-final, the Maddogs faced University of Hartford. The hard-fought game ended in a tie and a five minute over time was enforced. A few phases into overtime, Ryan Crowe found a enough space on the wing to put the Maddogs through to the plate final.

After a long day of rugby sevens the Maddogs faced Stony Brook University in the Plate final at 6:30pm. The match immediately fell into Stony Brooks hands leaving Northeastern in a deficit. The boys tried to fight back, but the match official and the fate of the game simply would not let them. The Maddogs ended the long haul to Stony Brook with loss in what was a messy and uncontrolled game of rugby sevens.

Tired and fatigued from a long day of rugby and travel, the Maddogs arrived back on campus at 12:45am early Sunday morning. The tournament was truly a test of determination and grit. Well done lads. 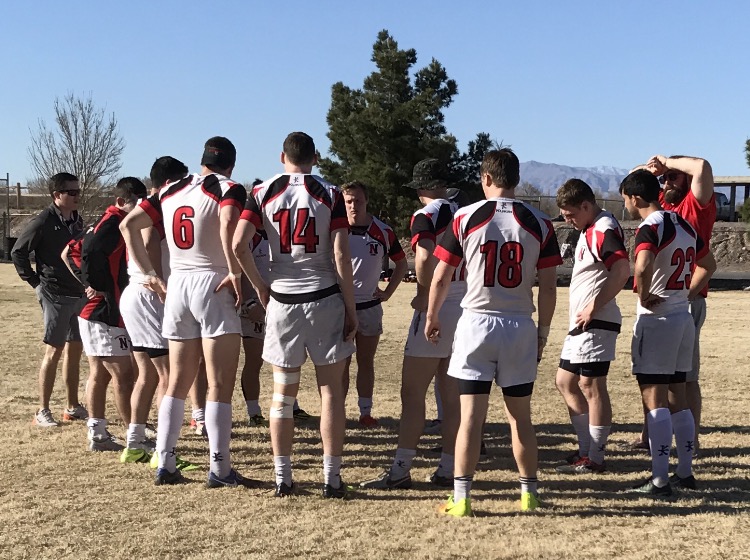 The Northeastern University Rugby Sevens traveled to the University of New Hampshire the second weekend of April. As one of the final national qualifiers, the Maddog’s needed to perform.

Pool play began at 8:20am against Merrimack College. The Maddog’s had an easy opener against the college finding lots of space on the wings. The second and final pool match was against the tournament hosts, UNH. The Maddog’s set an early and aggressive tone against the home team. Along with a well-structured defence system, the Maddog’s played to their strengths and finished on top as well as gaining the top seed for the tournament.

Advancing to the quarterfinals, the Maddog’s faced University of Connecticut. The Dogs last faced UCONN at the University of Southern Connecticut. Again, the Dogs found their footing and played some of their “sexy rugby” to secure a slot in the semi-finals.

The semi-finals were a potential bid for nationals. Northeastern faced a strong and well trained New England College. The first half ended 7-7 after Nolan Curry punched a hole through NEC’s defence. The second half tired out both sides, but after breaking the line, Matt Larouche provided David de Luzuriaga with just enough room to bring the score to 12-14. With one missed conversion, Northeastern just missed the cup final. However, the A-side showed much improvement from the previous tournament and showed the other teams their potential. Finally, well done to Alex Tiarks for winning man of the tournament.

Keep an eye out for a final update of the Maddog’s Sevens season as they head to Springfield, MA in two weeks’ time to play in the Armory Sevens. 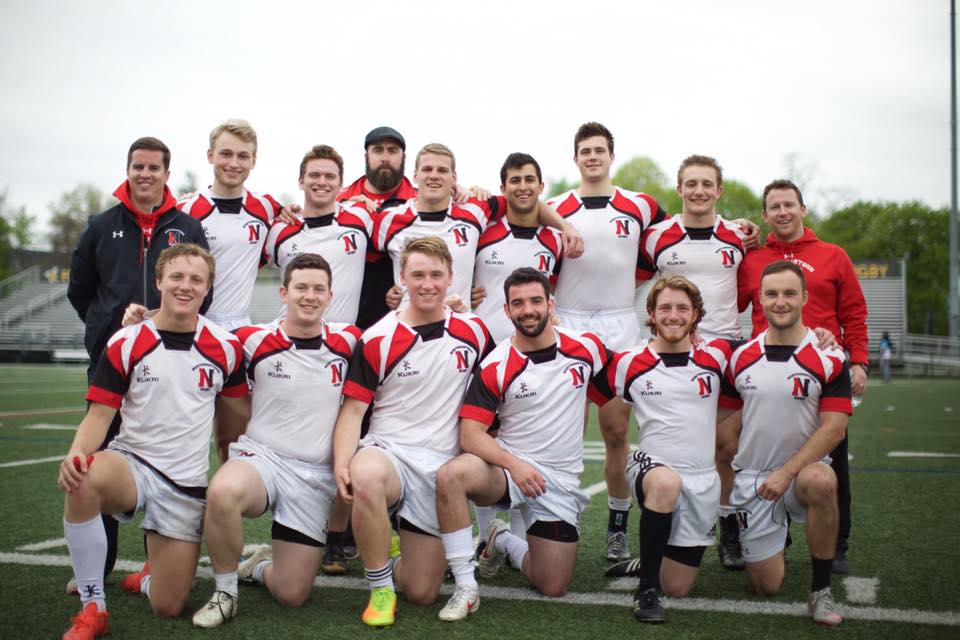 After a stressful week of final exams and minimal training sessions, Northeastern Men’s Rugby had but twelve players available to play one last national qualifier tournament. The Maddogs drove down to American International College yesterday to compete in the Armory Collegiate Sevens tournament as a team one last time before summer holiday.

The Maddogs started pool play off with a strong win over Westfield State B. This first match gave the starting seven an opportunity to work on, and improve on, some of their attacking skills. Familiar rivals, University of Connecticut, gave the Maddogs a great second game. With only twenty seconds left in regular time, freshman Alex Tiarks found enough room on the wing to slot in a wonderful try to bring the Maddogs one point ahead of the opponents. Only two seconds left to play, the game was delayed due to nearby lightning. Thirty minutes later play resumed and the Maddogs soon found touch to end the match.

The quarterfinals were against another familiar face, UMASS Amherst. Having lost a close battle to UMASS previously in the season, the Maddogs needed to bring the aggression. They did just that and defeated UMASS by a comfortable score.

Tired and low on numbers, the Maddogs faced a strong University of New Hampshire side. However, the Maddogs stuck to their style of rugby and saw themselves through to the finals of the Armory Sevens.

After a long day of rugby, the Maddogs found themselves playing against the tournament hosts and recently CRC qualified, American International College. The tries scored against the Maddogs were made from simple mistakes and lack of fitness. The Maddogs look forward to seeing this side in the future as the young team progresses. Congratulations to AIC on their win and their qualification for the CRC’s.

Well done to freshman Brett Bragaw for player of the tournament!

This concludes the Northeastern Maddogs Rugby Sevens Season! On behalf of all the players, we would like to thank each and every person who dedicated their time to support our matches and help our team grow and prosper. This season would not have been possible if it was not for our coaches, Alexander Miccio, Bob Carroll, and Eddie Tubridy, as well as the Club Sports office at Northeastern University. A huge thank you from each member of the Northeastern Men’s Rugby Club.