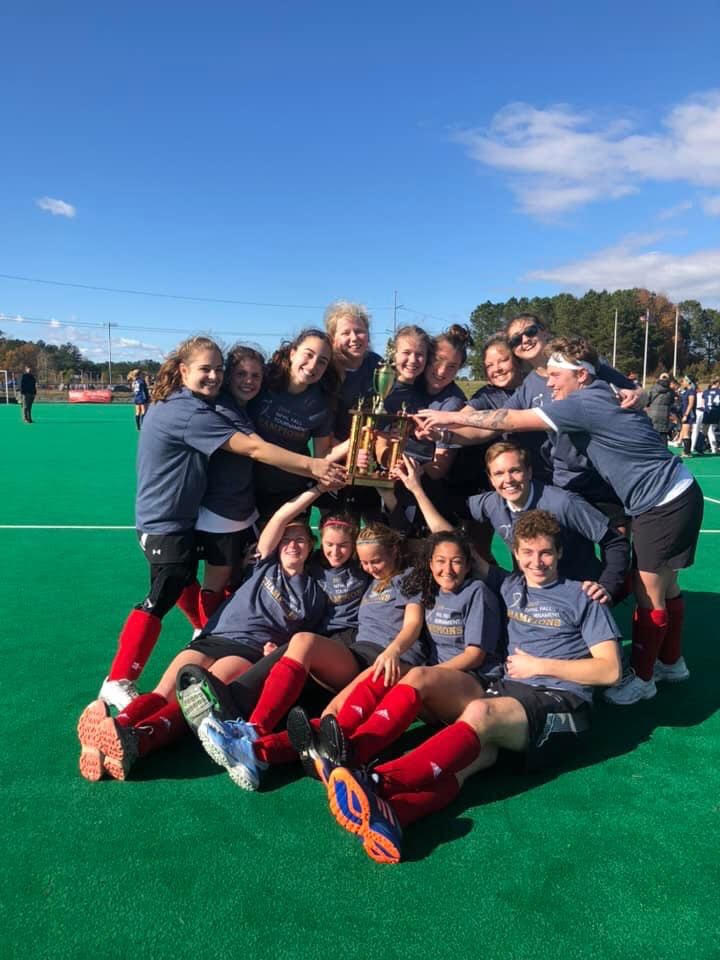 Last weekend, the Northeastern club field hockey team traveled to Virginia Beach to compete in the National Field Hockey League Fall Championship. The long trip did not phase the team at all as they were able to clinch the title of National Champions! Their continued hard work throughout the season set them up for success by allowing the Huskies to enter the tournament as the number one seed. It quickly became evident why they had this ranking as they swept their entire pool which consisted of GWU (4-2), TCNJ (2-1), and Rutgers (5-0). Although it was the field hockey team’s fourth game of the day, they defeated UPenn 4-1 in the quarterfinals to advance to semifinals. UMD did not stand a chance against the Huskies, losing 2-0. Now, Northeastern was headed to the finals to face off against UVA who they had previously lost to in the finals at spring nationals the year before. It was an action packed game with UVA scoring a goal within the first 4 minutes. However, the Huskies quickly recovered and dominated the game beating their opponent 3-1 to claim the title of National Champions.

This was the field hockey team’s first ever win in nationals since 2008, and their second time being National Champions! They were also the only team in the nationals tournament that did not lose or tie any of their games. Incredible efforts were made by everyone on the team, especially Agathe “Aggie” Petit, Antoine Bernard, Kelly Quinn, Samuel Ahearn, and Erin Maryzek which helped carry them through the weekend. Several crucial goals were made by Kaylie DeCosmo as well as a standout performance in goal from Kali Flaherty. They worked extremely hard this year to strengthen individual skills as well as team cohesiveness. It all paid off in the end, to say the least. They came back to Boston with new hardware to showcase their success of a 14-1-0 season. Congratulations to the field hockey team on being 2019 National Champions!