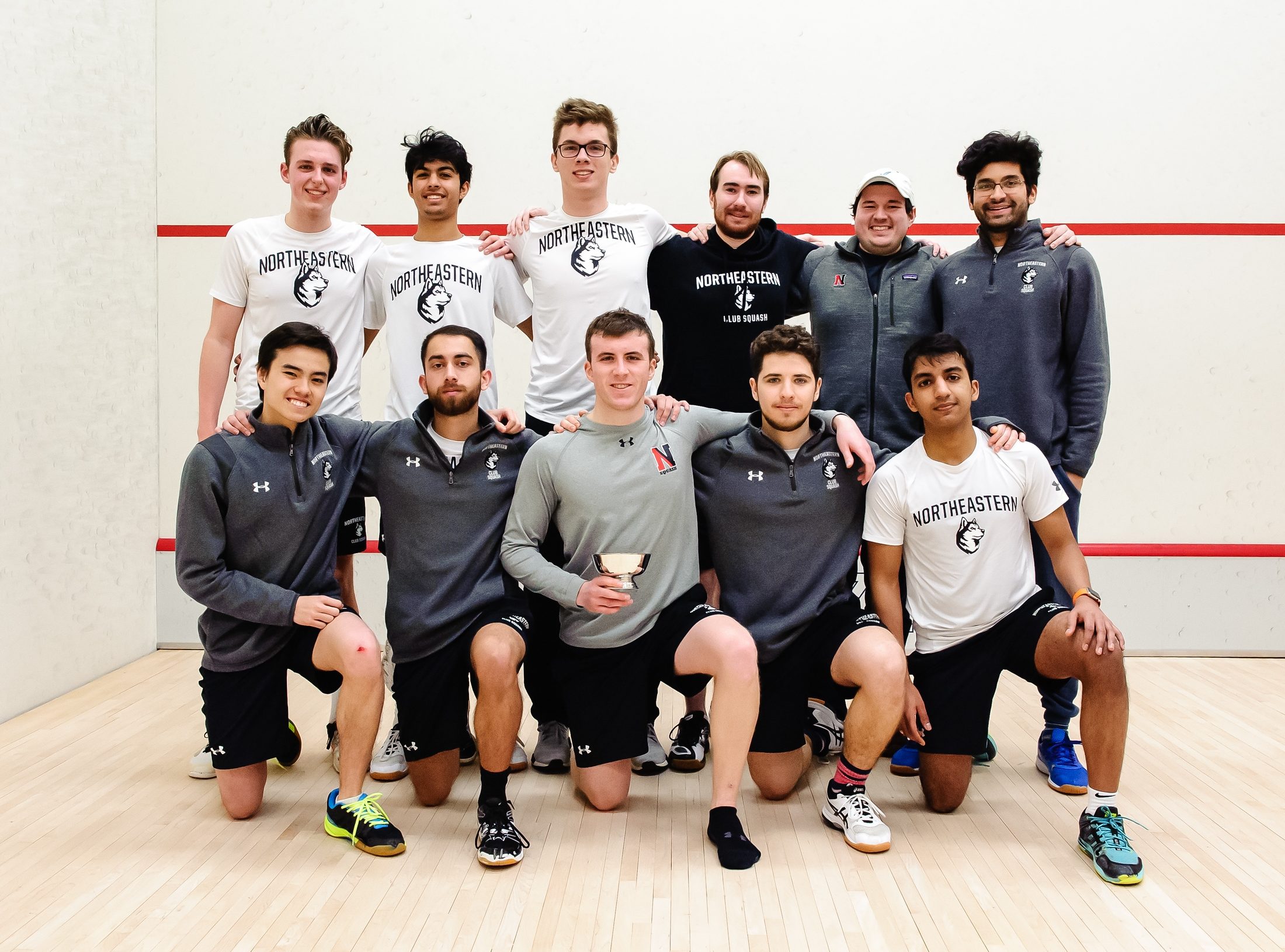 Men’s Squash finished second place in the E Division at the 2019 CSA National Championships, taking home the Chaffee Cup as finalists. The Huskies went 2-1 over the weekend at the National Championship tournament, held at Yale University in Connecticut. The second place divisional finish ranks Northeastern as 34th in the nation among all varsity and club programs. The top finish also places the Huskies as the second best club program in the nation, a testament to how hard the team has worked over the year to come to this incredible finish.

The Huskies started off in the tournament finals at 8:30am at Yale on Sunday, Feb 17 against higher-seeded Fordham University, eager to face a team that has been a top competitor in the division for the entire season. Freshman Alexander Jafry (3) started the team off on a good foot, playing a very close and competitive match and coming out with a 3-0 win. Senior Kalil Menezes (9), senior co-captain Will Greaves-Tunnell (8), and freshman Isaiah Jones (6) showed their opponents strong opposition but still each fell in 4 well-fought games.

The top of the ladder struggled with very skilled opponents – middler co-captain Karan Kishorepuria (1) fell in 3 games after a nail-biting 11-13 loss in the first game, and freshman Ian Hay (2) falling in an amazingly well played 4 game match (including two tie breakers).

The Huskies rounded out with two 5-game wins from freshman Ben Rush (4) and freshman Alexander Swenson (5). Rush out-ran his opponent in a 12-10 tie-breaker in the fifth, and Swenson out-played Fordham closing out the fifth game 11-8. The last five-game match ended in a loss, with senior president Connor Rouan (7) losing out 11-9 in the fifth game after increasingly close points as the match progressed.

Stay tuned for our season-recap as well as a major program announcement coming in the next few weeks, and follow along with the Women’s Team Championships next weekend (Feb 22-24). As always, we can’t thank our supporters enough and want to extend special recognition to those fans, alumni, and parents who traveled to Connecticut to be with the team this weekend. Our success is driven by your loyal support.

Check out the recap of the first two winning matches of the weekend in our previous post, as well as the final championship match box score.