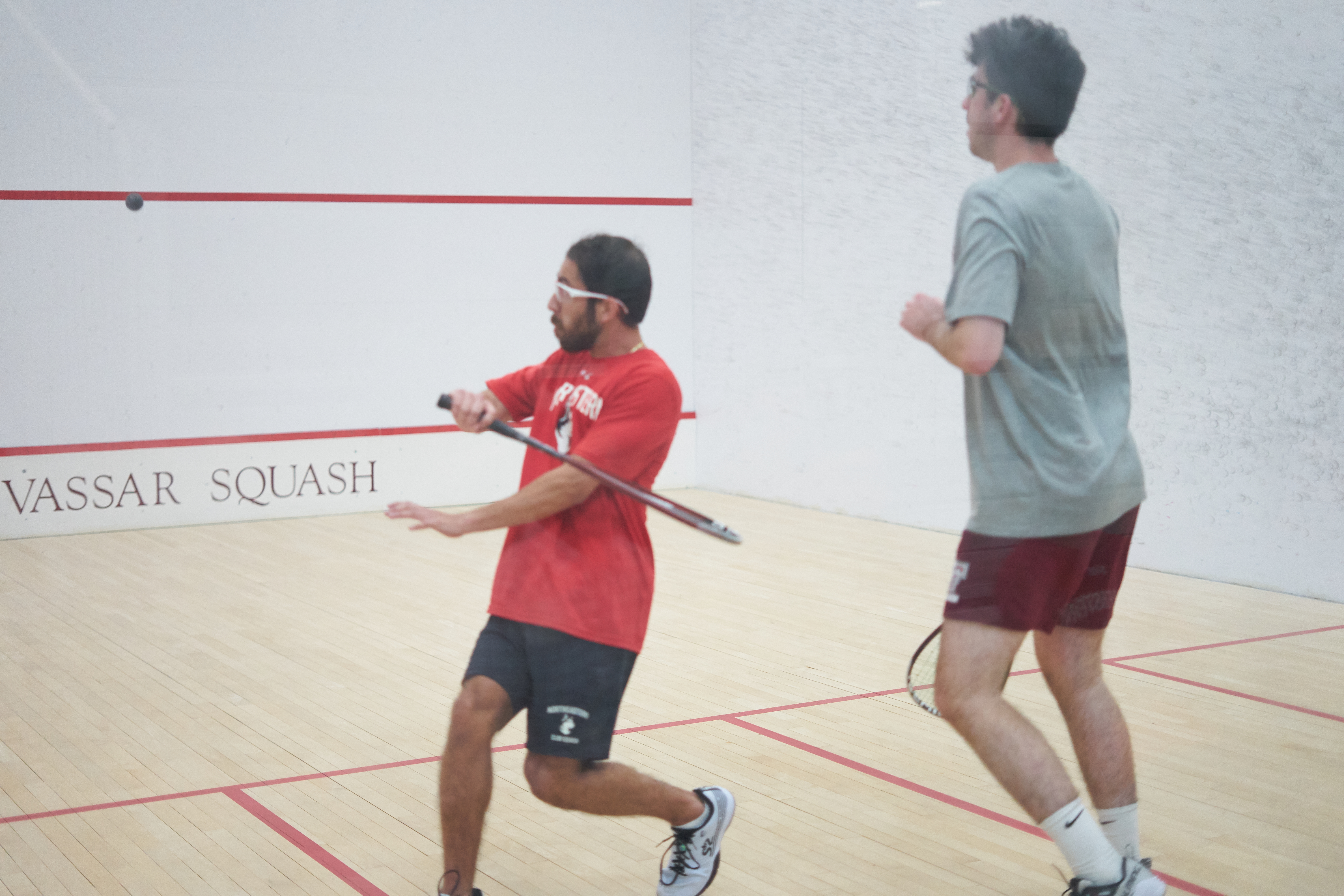 This past weekend the Huskies travelled to Poughkeepsie, NY to compete at the Vassar Round Robin. We beat Bucknell, Vassar, Lafayette, and Bard with ease as we took on our rival Fordham in the last match. Unfortunately, the fatigued Huskies could not pull the upset and lost 7-2, ending with an overall record of 4-1. Importantly, we beat 2 fully funded varsity teams, Vassar and Bard, with ease.

Our number 1 and 2, Ian Hay and Alexander “Young Prince” Jafry both went 5-0 over the weekend. Some of our new guys had equally as impressive performances. Billy Wallace played with elegance and heart on the court and saw his player rating skyrocket nearly 300%. Other notable performances include Vanel Joseph and Arnav Aggarwal.

Some of our more seasoned players Ben Rush and Alex Swenson also had good matches. Ben Rush lost all but 1 match against Fordham while Alex won 3 matches, loosing another 2 in 5 games.

Unfortuanly, Snider Amazon suffered a head injury early in his first match and was unable to continue, forcing players to “play up” in the preceding matches. This was a challenge the Huskies were able to overcome, again only loosing to Fordham.

The biggest takeaway from this weekend is that the Huskies can play and win against fully funded Varsity program and this tournament brings us one step closer to attaining Varsity Status here at Northeastern.