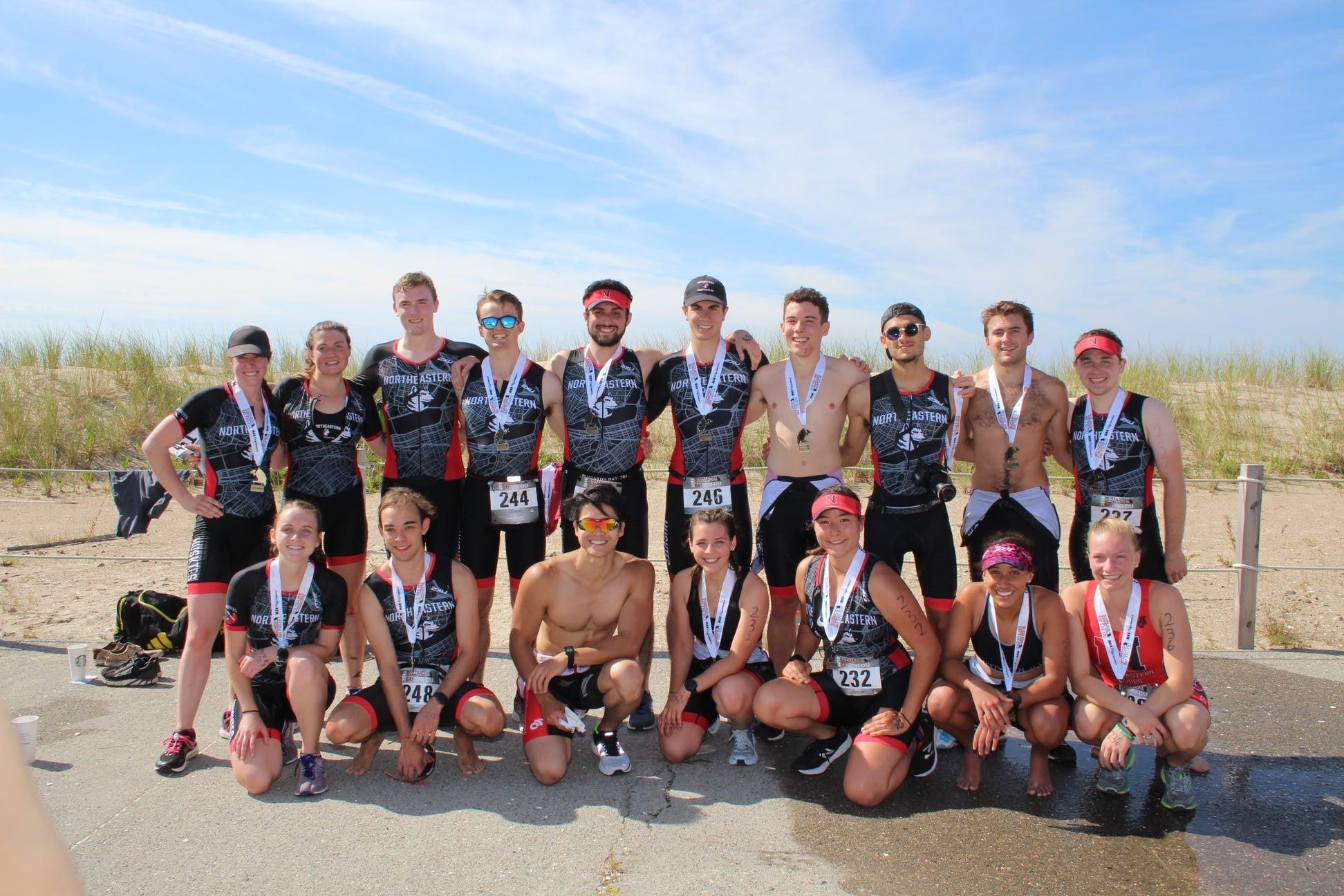 The weekend of September 15th, our team completed the last Sprint race of the season. Our team met in Renaissance Garage, and left for the race shortly after 6 am.  After an emergency bathroom break and a few coffee stops, the team arrived at the race site. The team then picked up race packets, set up transition and tested out the water. Some of the team was lucky enough to meet our new coach, Rob, and his super cute dog before starting the race.

The swim, although very short was extremely wavy. The first section of the swim forced the swimmers to swim head-first into oncoming waves. It was so discombobulating to swim in choppy water, that Erica could not find her bike for a few minutes upon arriving in transition. T1 was longer than usual for many of our athletes, but before long, everyone was back on track.

The bike course was relatively flat and scenic. Many of our athletes had super fast splits on the course! Eric, Edward, Mikey and Matt all stuck together for a good part of the bike course and pushed each other to have great times. Anders surprised us all with her ability to puke while biking! Literally nothing could make her stop!

After completing the bike, transition again presented a challenge for our team. Morgan forgot her race belt on her first attempt to leave transition. Luckily this was an easy fix, and she was on the run course with her competitors after the short hold-up. The run included a nice long loop with a lollipop style turn around- this allowed for many of the athletes to cheer for each other on the course. Everyone enjoyed the aesthetic beach finish line, and were happy to relax by the beach during a very long awards ceremony. Special shout out to Ryan, Tommaso’s Sister Ari, and Vic’s Aunt and Mom for all the pics- we really appreciate it!

After the race, part of the team was commissioned to help clean up the race site to receive a sweet donation from the Max Performance race director, Tim Richmond! Eventually everyone made it back to Boston, excited for a relaxing week of tapering.