A continuation of last year’s project to build a fixed- wing, unmanned aerial vehicle (RC plane). AIAA will be participating in an RC plane competition, join this team if you want to help build and fly RC planes! 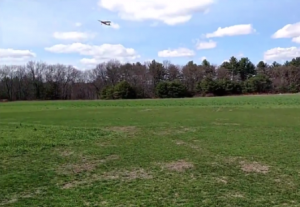 The fixed wing group would like to continue developing its plane for the spring 2017 SAE Aero Design East competition. Hopefully the executive board is familiar with the goals of the competition so we won’t go into too much detail. We have made solid progress on the design of the plane and even laser cut a few prototype parts before leaving for winter break. We have settled into a good workflow of several teams modeling different portions of the airplane with weekly design review meetings to discuss what has been done and what still needs attention. In the spring semester we will translate our designs into physical models, tweaking and improving the design as we near the competition deadline. The goal will be to reduce weight and drag while simultaneously improving lift capacity, handling characteristics, and reducing the time it takes to load and unload the cargo.

Our budget for the spring of 2017 is somewhat hard to predict because we anticipate lots of unforeseen costs (we’ve never built a plane from scratch before). For this reason we have included a $400 miscellaneous line which will be used to cover bolts, washers, glue, dowels, hinges, and other small parts which aren’t expensive on their own but will potentially add up. Hopefully at least a good portion of this budget will be able to be reallocated to other projects at the end of the semester.

We will also need a good amount of money to travel to Florida. We understand that SGA will not pay for this so we have not included it in this budget. However, we do plan on reaching out to potential corporate sponsors and parents to help pay for the trip. We would also appreciate any funds from the SpaceX grant or elsewhere that could help us cover travel and lodging for the weekend.

End of January: Prototype 100% modeled in Solidworks and ready for construction

February-March: Prototype built and tested, with improvements implemented along the way

End of March: complete design report that is required for competition 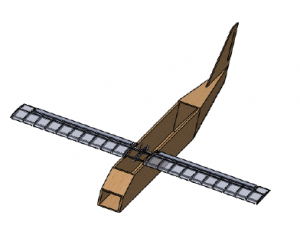 The fixed wing group would like to continue developing its plane for the spring 2017 SAE Aero Design East competition. The competition involves building an electric plane that has an optimal lift to weight ratio. Over the summer we started learning how to fly and discovered that it is much more difficult than we anticipated, but we are making solid progress. We also began designing our plane for the competition. We ran numerical calculations to calculate lift, drag, and performance characteristics for a few different airfoil designs and settled on NACA 2408. We then began constructing SolidWorks models of the design. Now that it is fall and the rest of the club is back we plan on finding a consensus on the design and then creating an initial prototype. We will then further develop the design and create the final product.

Over the summer we ended up buying almost none of what our budget included which meant we had lots of extra money to be reallocated. Most of our budget for fall 2016 is taken straight from that old budget. The only addition is the $1000 registration fee for the SAE competition. We know that this is a lot of money but we believe it will allow us to get competition experience as well as potentially gain recognition for the club and Northeastern. The registration for the competition opens October 3rd and in past years many teams have had to be put on a waitlist.

This fall we plan on subdividing the group into mechanical and electrical teams. The mechanical group will be larger and work on developing the aerodynamics and moving parts of the plane. The electrical team will work on the servos, ESC, Arduino and LEDs as well as potentially an altimeter and GPS. We think that this organization will help to incorporate new members who wish to join our group as well as improve our efficiency. We realize that in the past we have taken longer than expected on our projects but we think that this new structure, in addition to having a competition with a hard deadline, will help us to accomplish a lot this year.