The club’s first project was a high altitude weather balloon. The balloon had a 20 foot diameter and a styrofoam cooler payload attached to it.

The payload contained a calcite sample, an iPhone 4, a GoPro and backup batteries for both devices. The calcite, which fluoresces a light pink when exposed to ultraviolet light, was positioned in front of the camera. The GoPro recorded the flight and monitored the calcite, and the iPhone was used for GPS tracking. 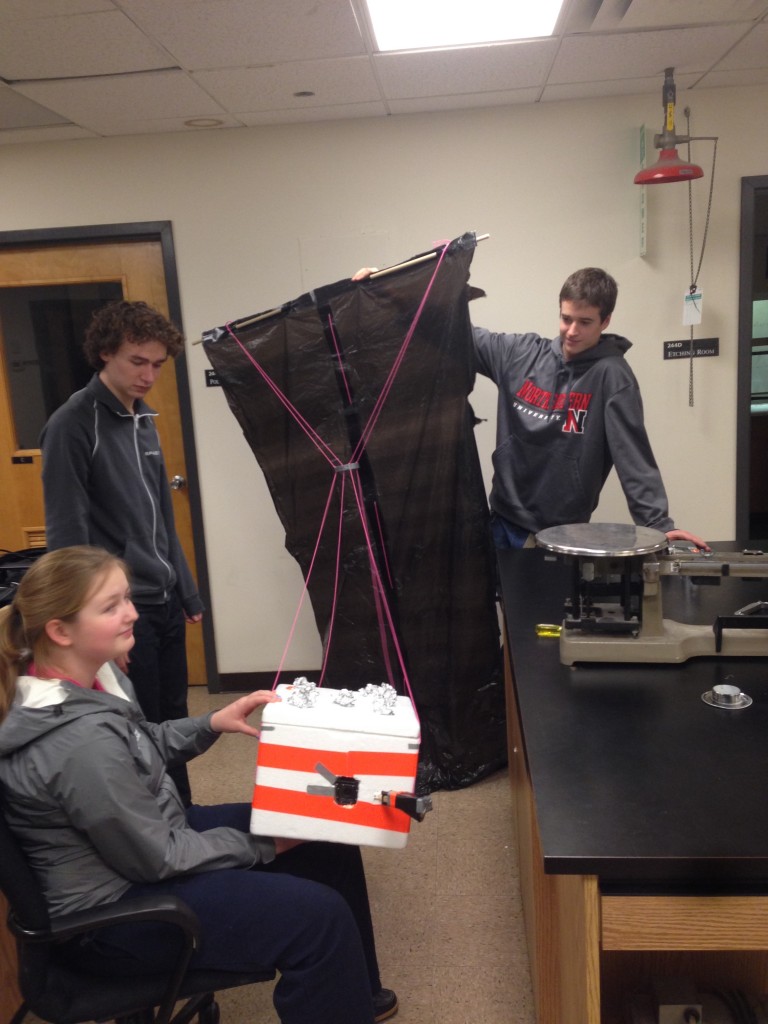 The balloon was launched from a field near Cobleskill, NY. It was filled with 150 cubic feet of helium to provide enough lift for the payload. In order to arrest the descent of the box after the balloon burst, we used a large streamer attached to a wooden dowel. Right before launch, the top of the payload was attached through the streamer to the bottom of the balloon. 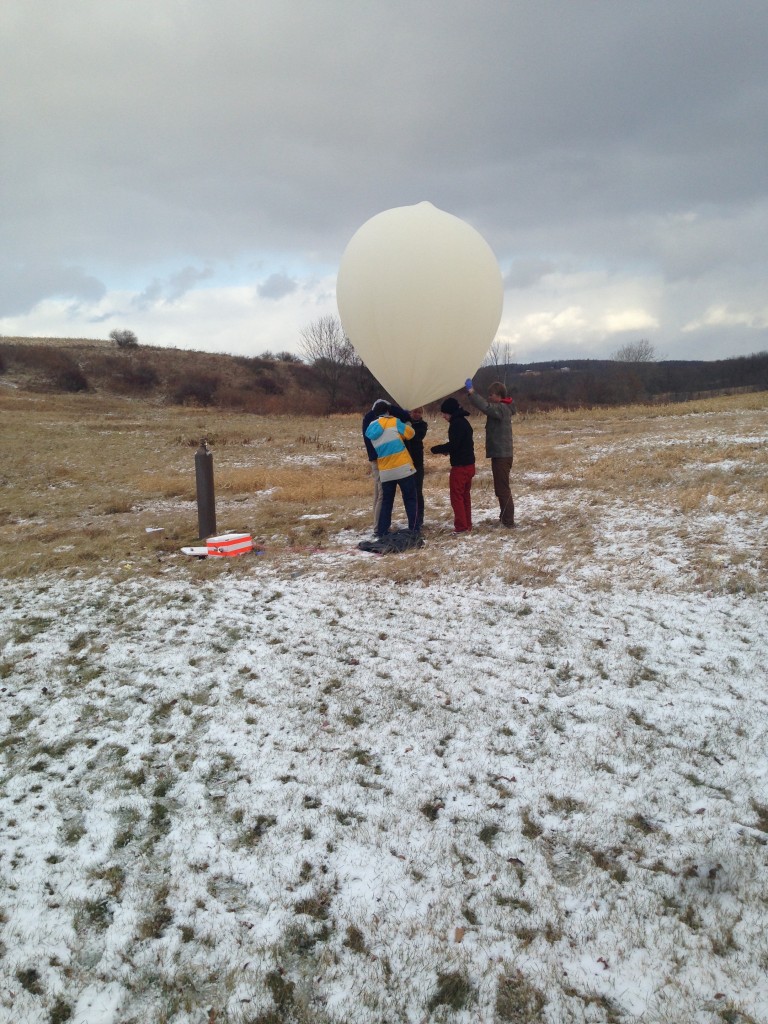 The club prepares the balloon for launch

Approximately 100 minutes later, the payload landed 100 feet up in a tree near Bedford, NH. The distance traveled across the ground was approximately 150 miles, giving it an average ground velocity of 90 mph! Many approaches were attempted to get the payload down, but the tree was ultimately cut down by a very nice gentlemen who owned the property. 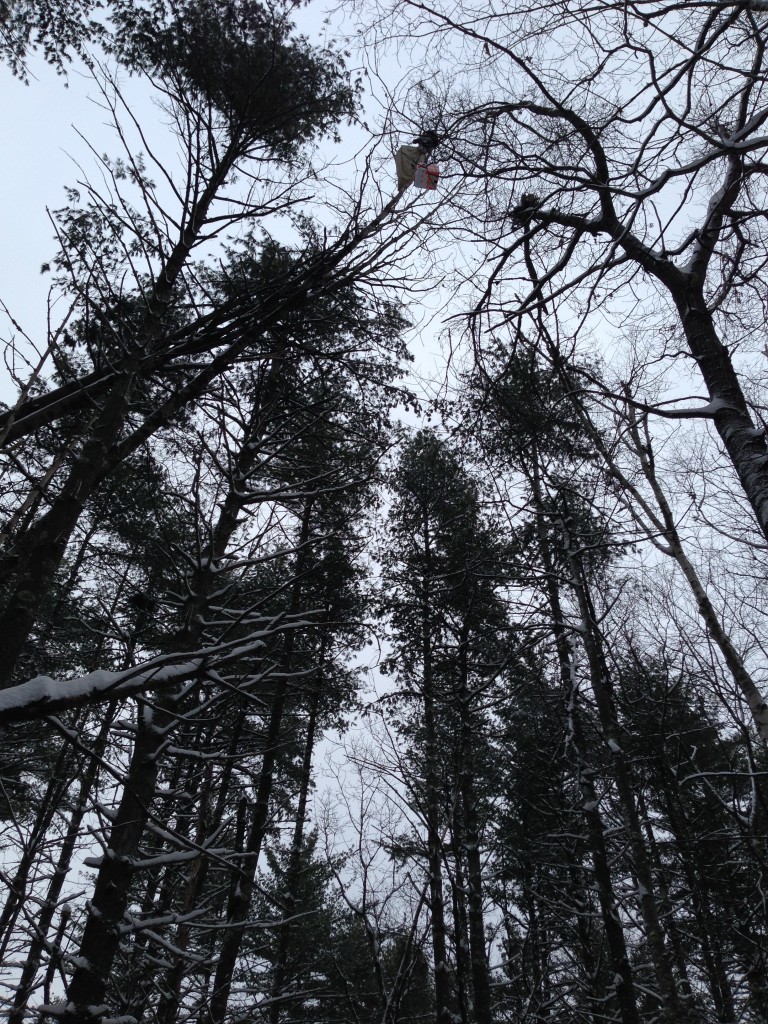 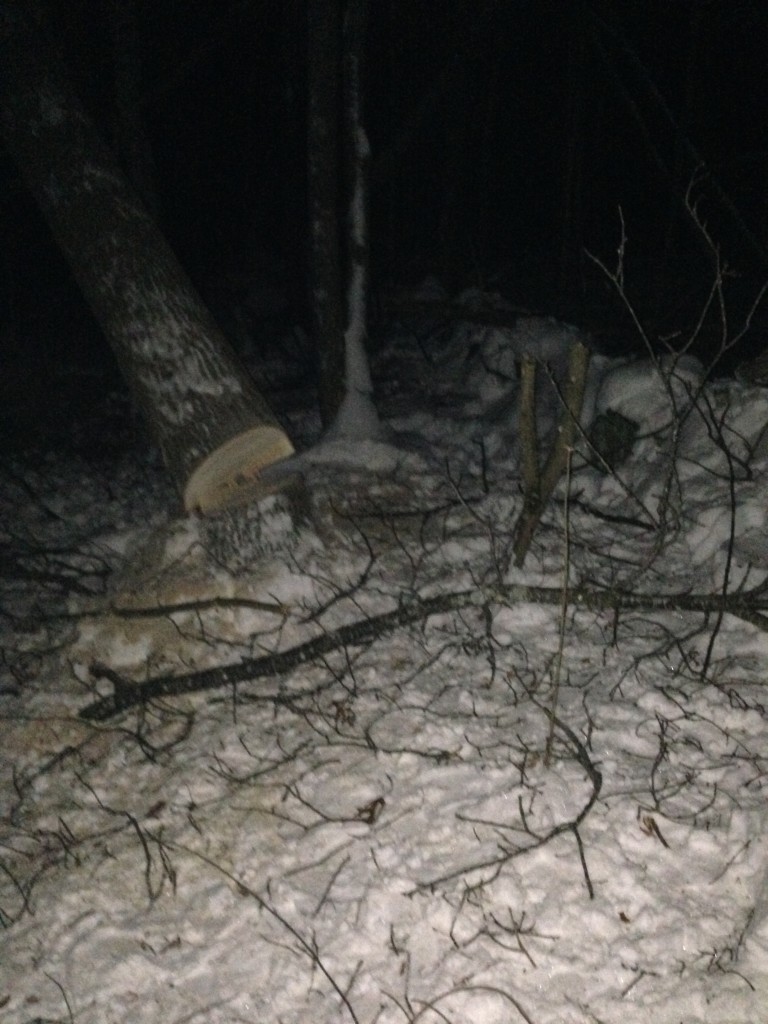 The owner of the property cut down the tree for us!

The following video is composed of footage throughout the trip. Enjoy!