Home » Awards » Battle of the Rockets

Culpeper, VA – Battle of the Rockets Target Altitude Competition challenges university students to build a rocket that will fly to 1500 feet using a G motor. Teams have three chances to fly two qualifying runs between 1300-1700 feet. The difference between the two best flights and the target altitude are added together as a final score.

The first test launch for Battle of the Rockets, in early March, marked the first ever rocket launch for AIAA NEU. On a cold, windy day we set out north of Boston to test our preliminary design for the contest.

At this launch, some design changes immediately became clear. Internal parts had to be readjusted to withstand parachute ejection, we had to research different motors, and find a new way to attach the fins to the body. However, as a first launch for the club, the event was successful and ran as smoothly as possible. 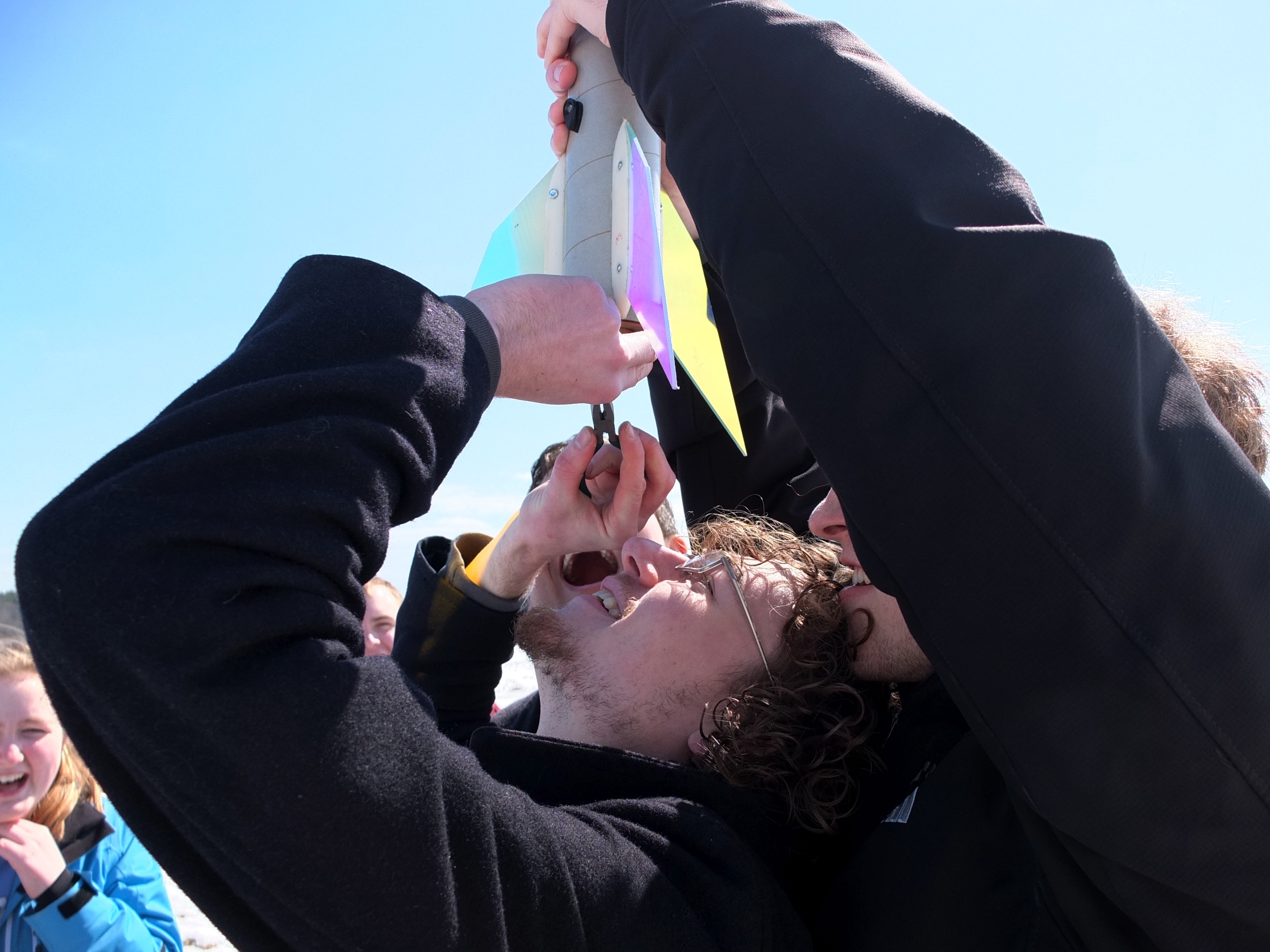 Preparing the motor for launch 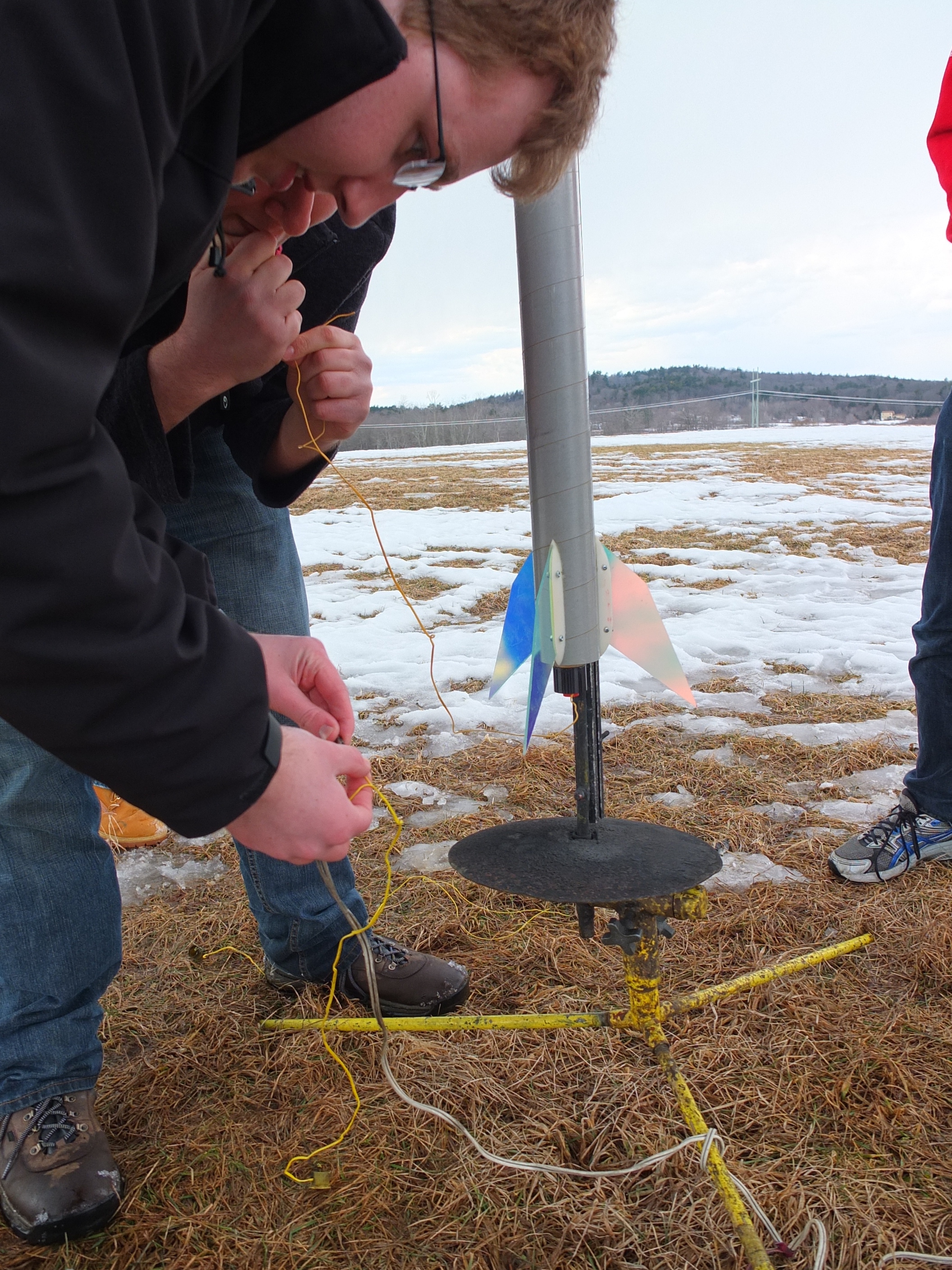 Wiring up for takeoff 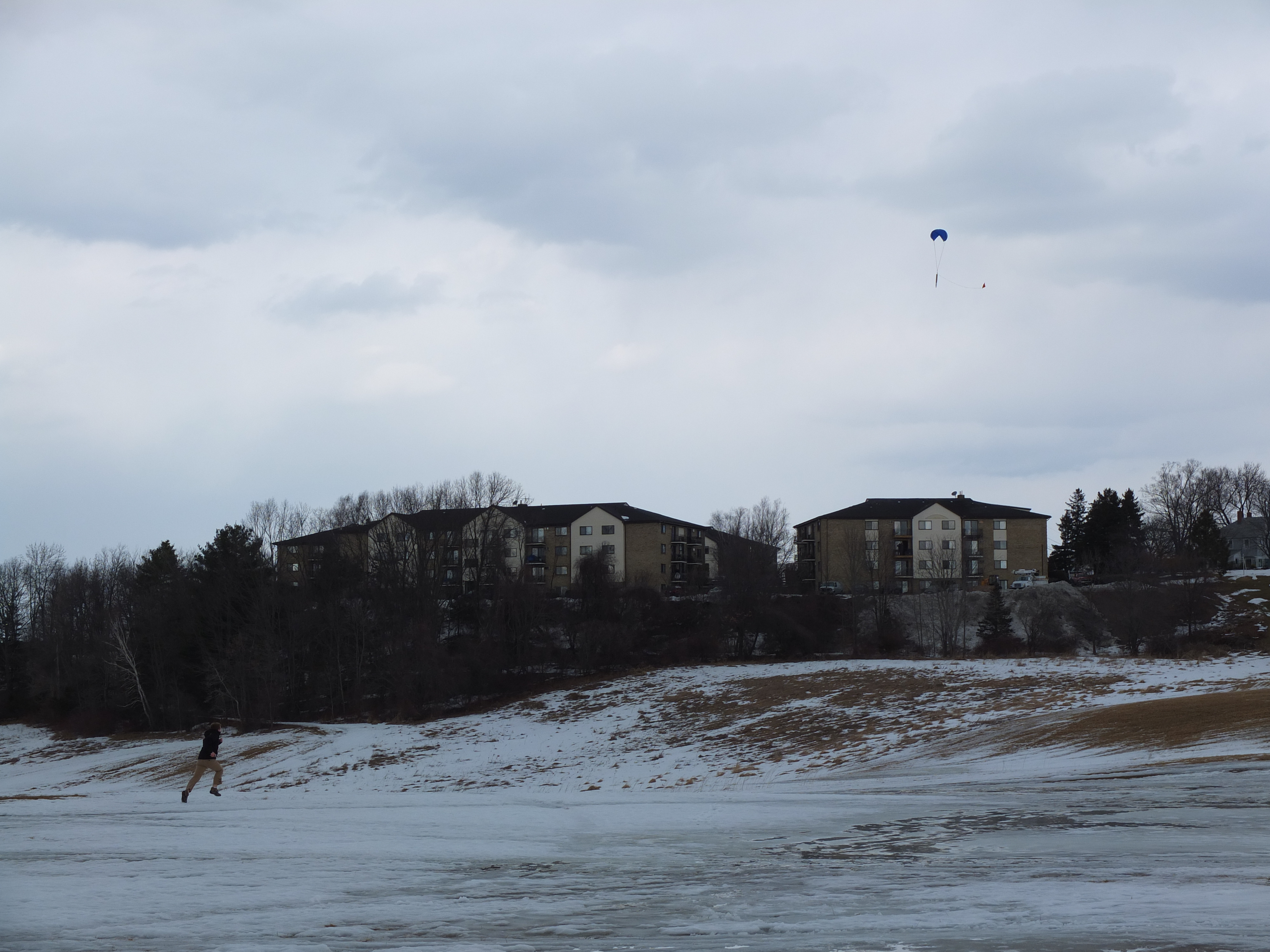 Chasing the rocket on a windy day 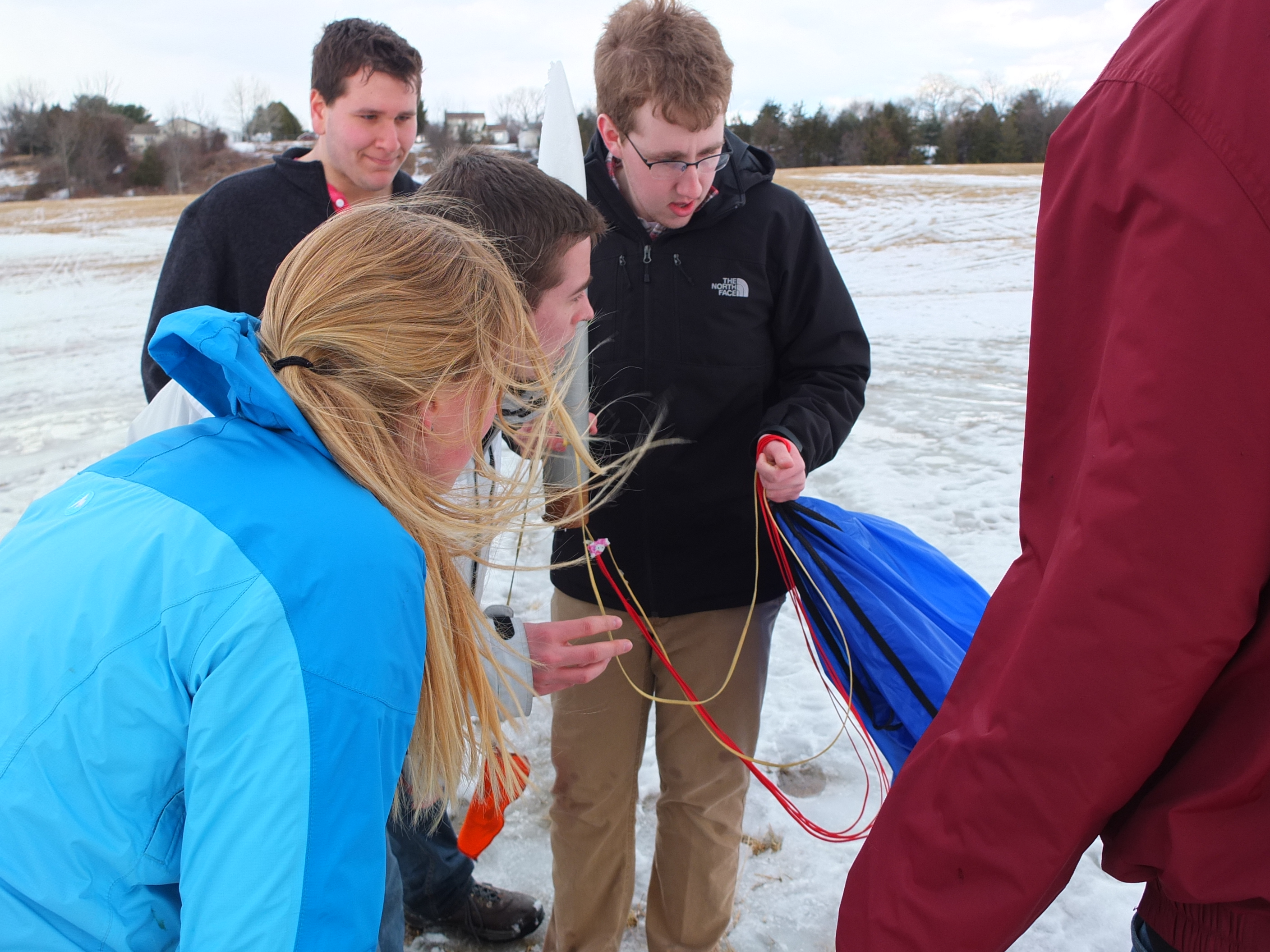 Listening to the altimeter

We launched what would become the winning design at our last practice launch before heading to Virginia. After a quick weight adjustment before takeoff, the rocket flew without a hitch. Trouble came quickly afterwards, as we thought the rocket landed in a pond. Our search team was lucky to find the rocket, fully-functioning, in some brush. Good news was still ahead; we hit almost exactly our target altitude.

Our second launch of the day also flew beautifully. This time, however, the rocket landed almost comically: straight into the ground. The nosecone was buried five inches into the grass. Again, we flew near our target altitude, and the rocket made it out unscathed. A week later we would make the drive to Virginia. 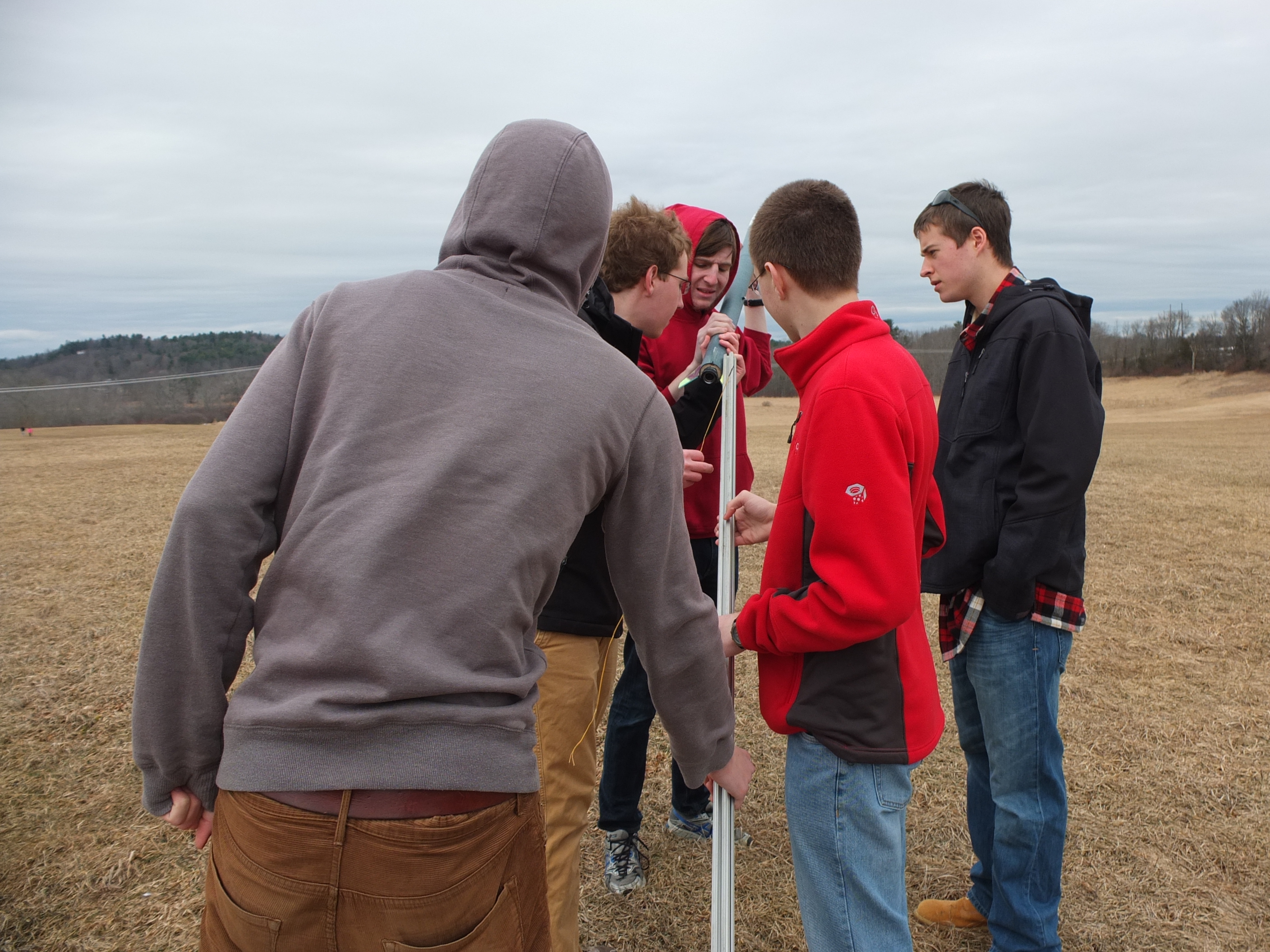 Setting up on the launch rail 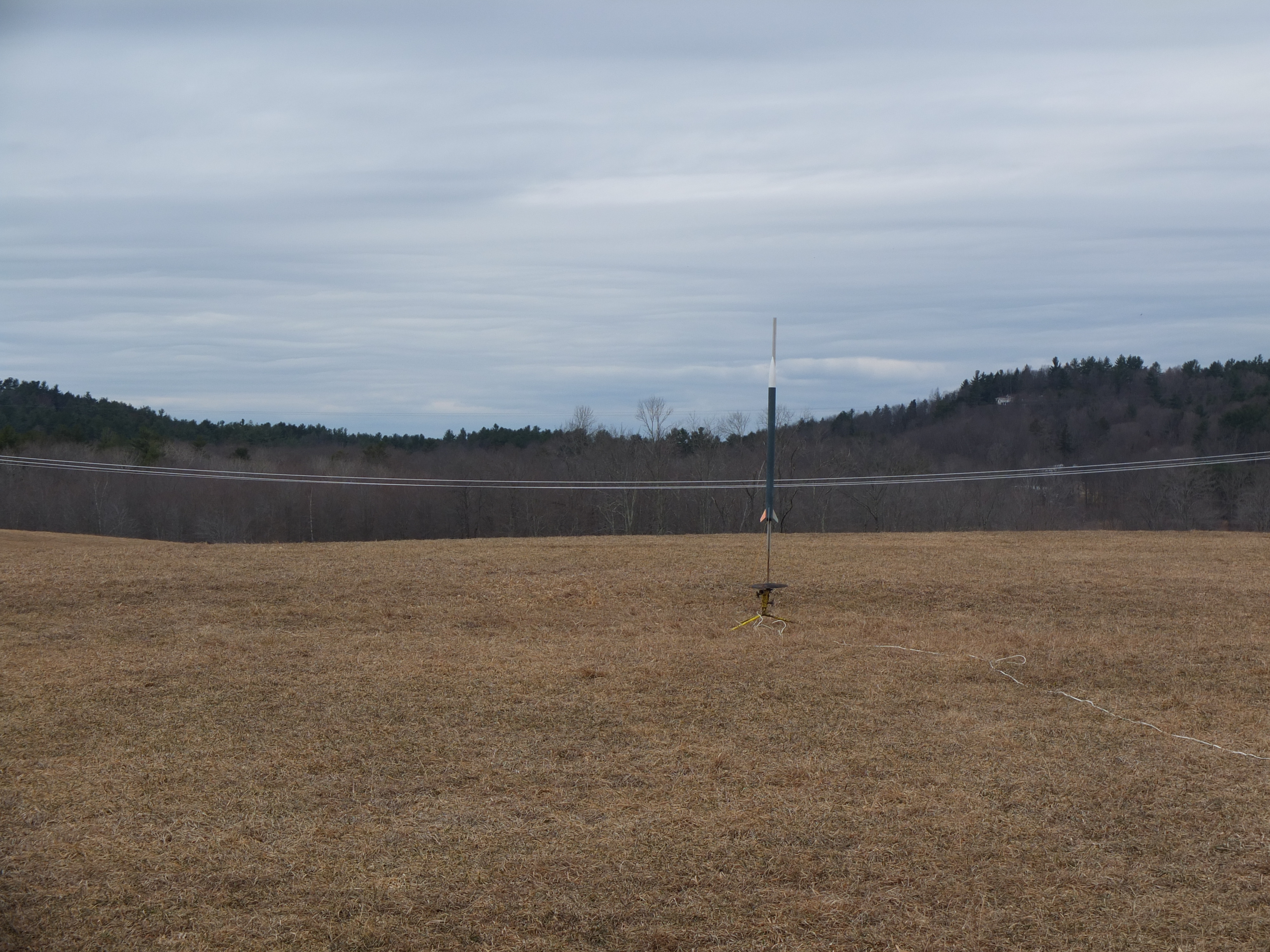 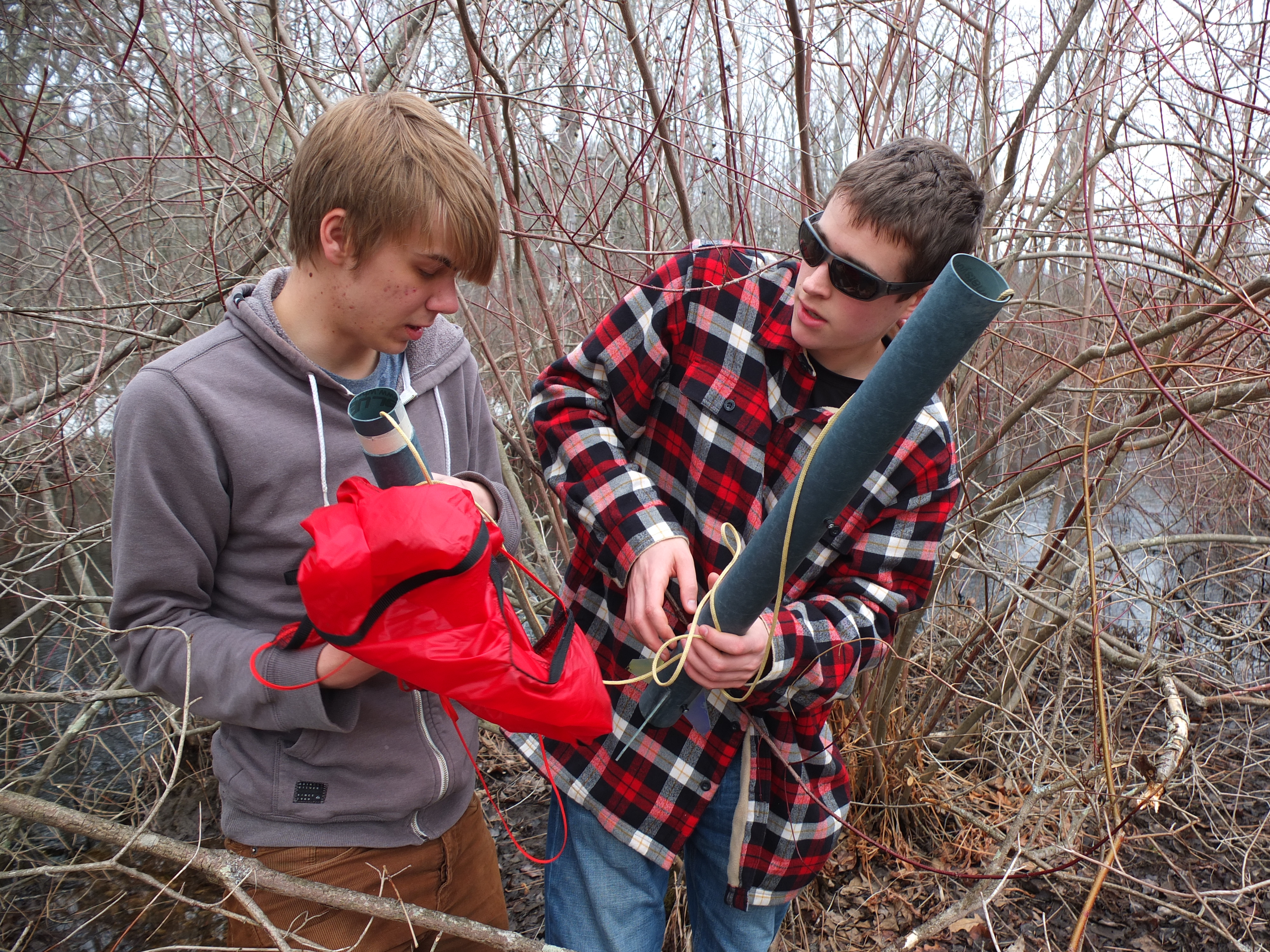 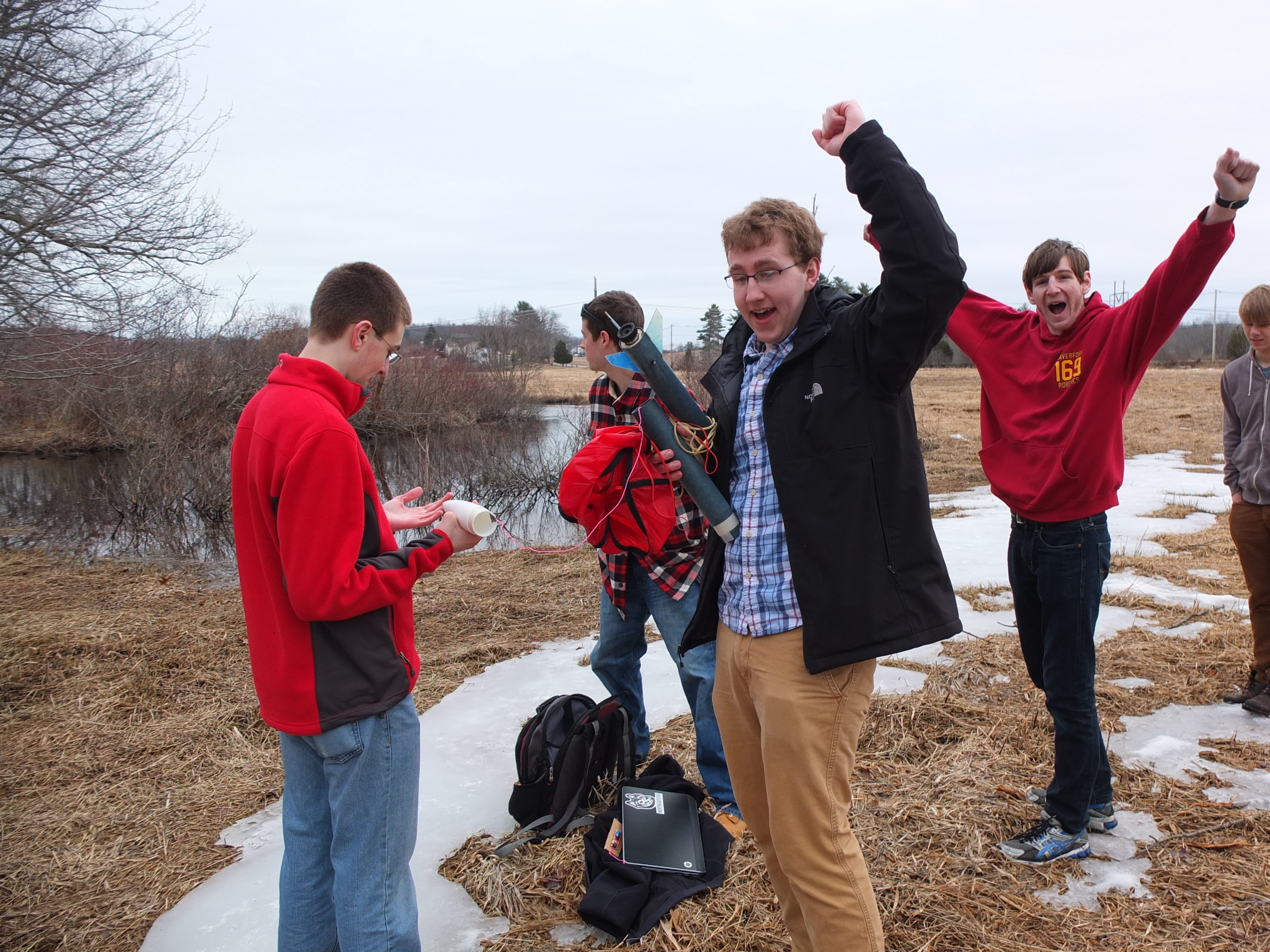 Celebrating after hitting the target altitude 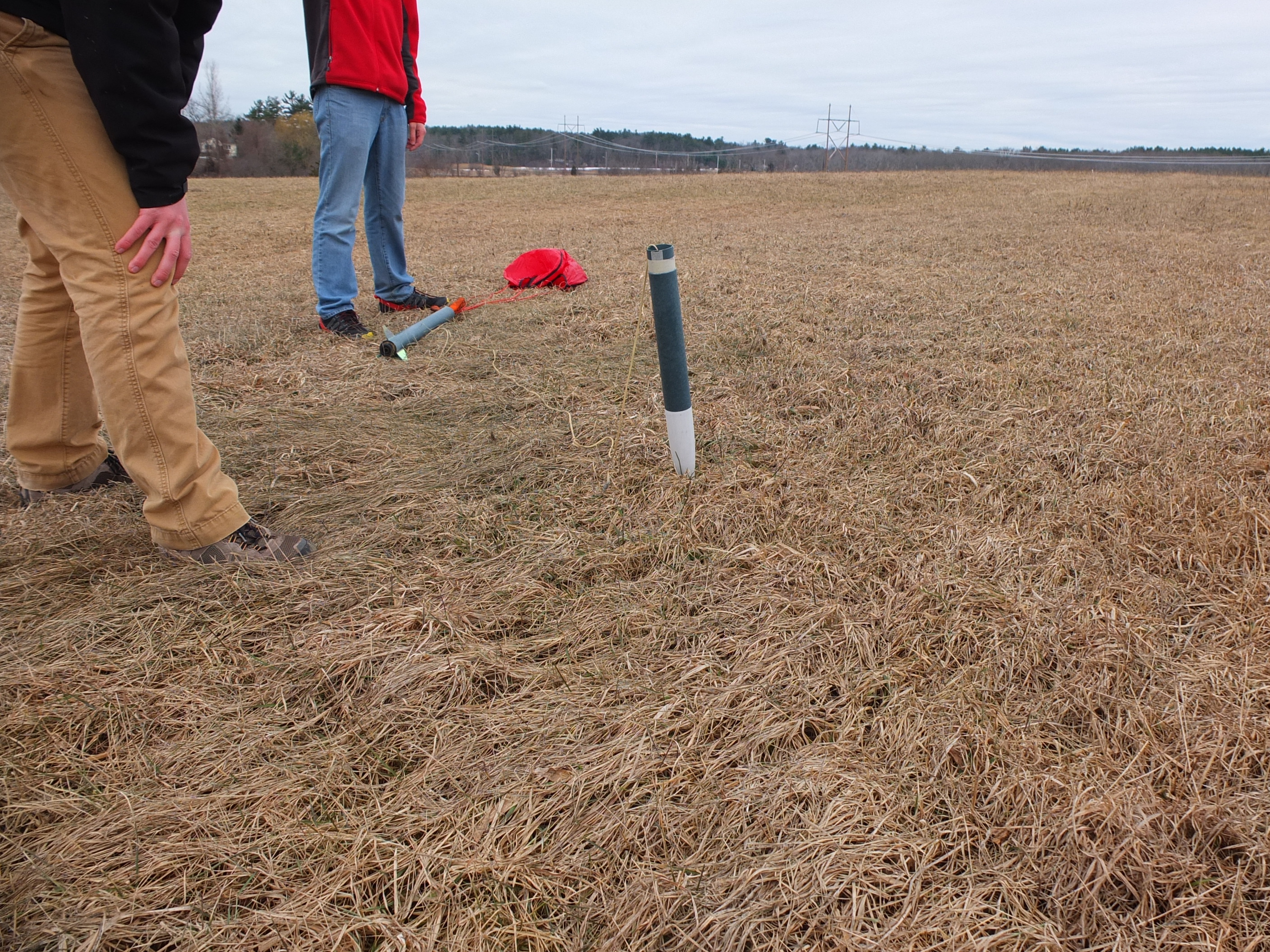 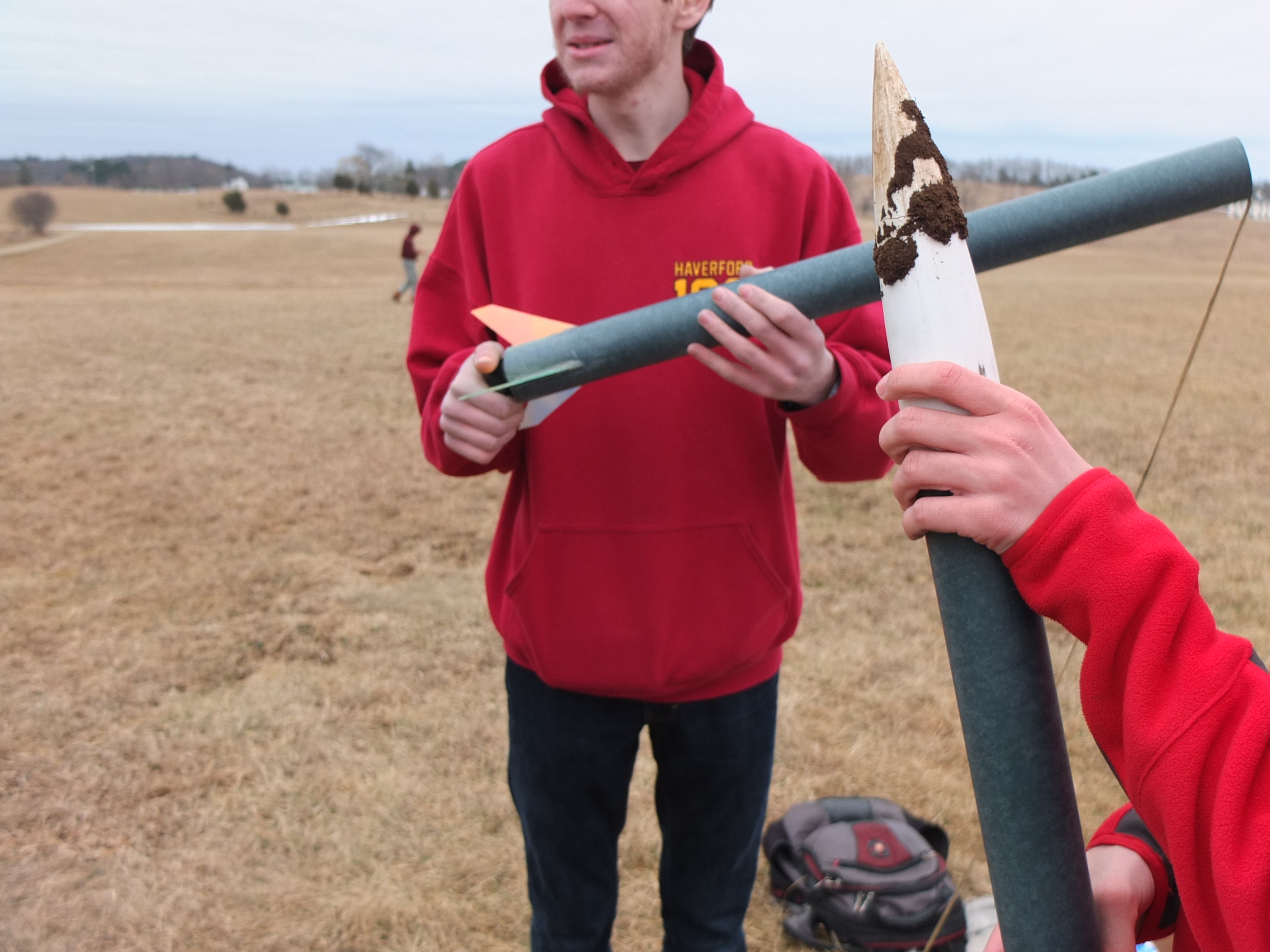 Battle of the Rockets

No trip to Virginia would be complete without stopping at the Udvar-Hazy Center, home of retired Space Shuttle, Discovery. We briefly visited the hangar to admire the Shuttle and other flying marvels. 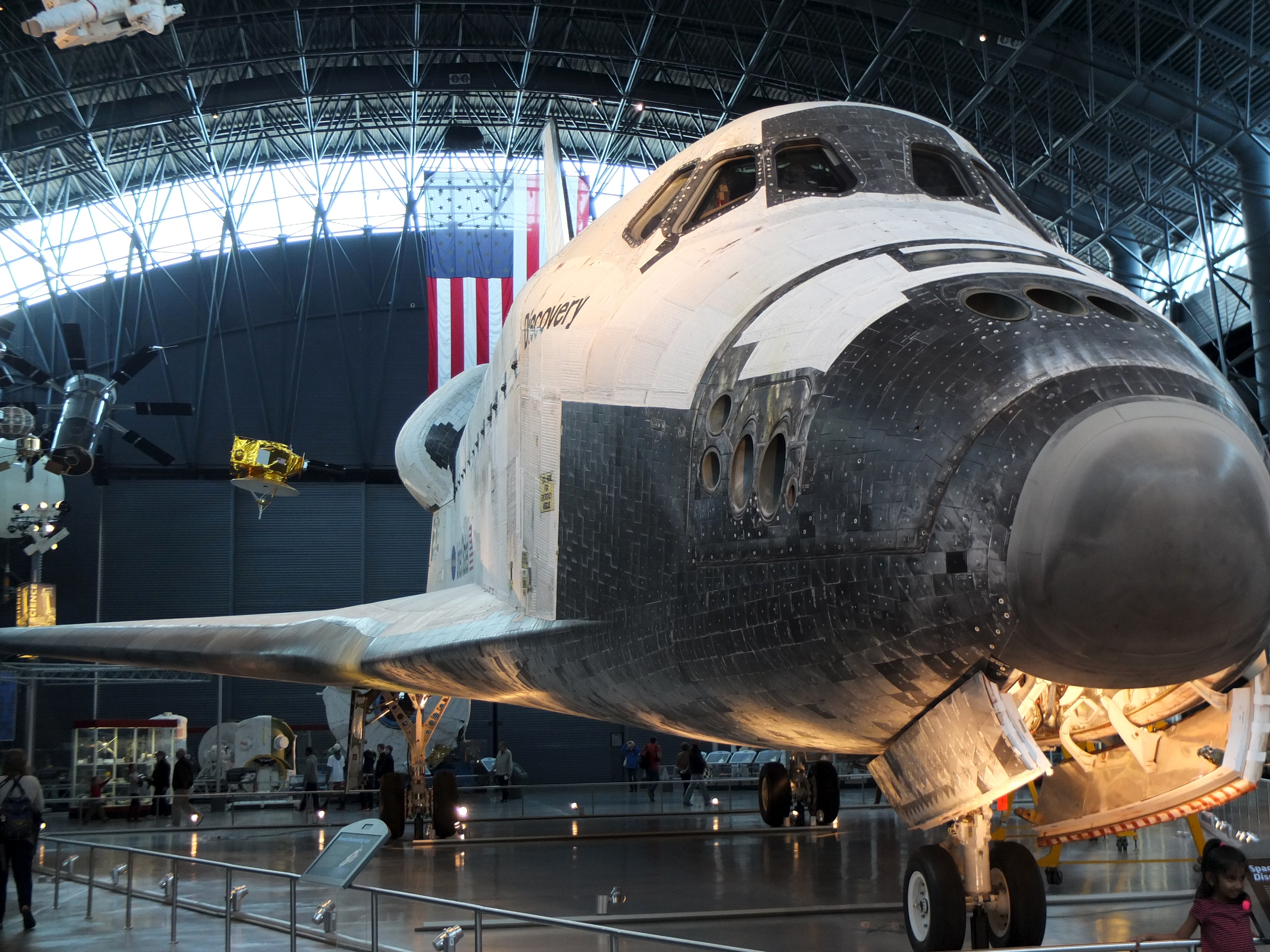 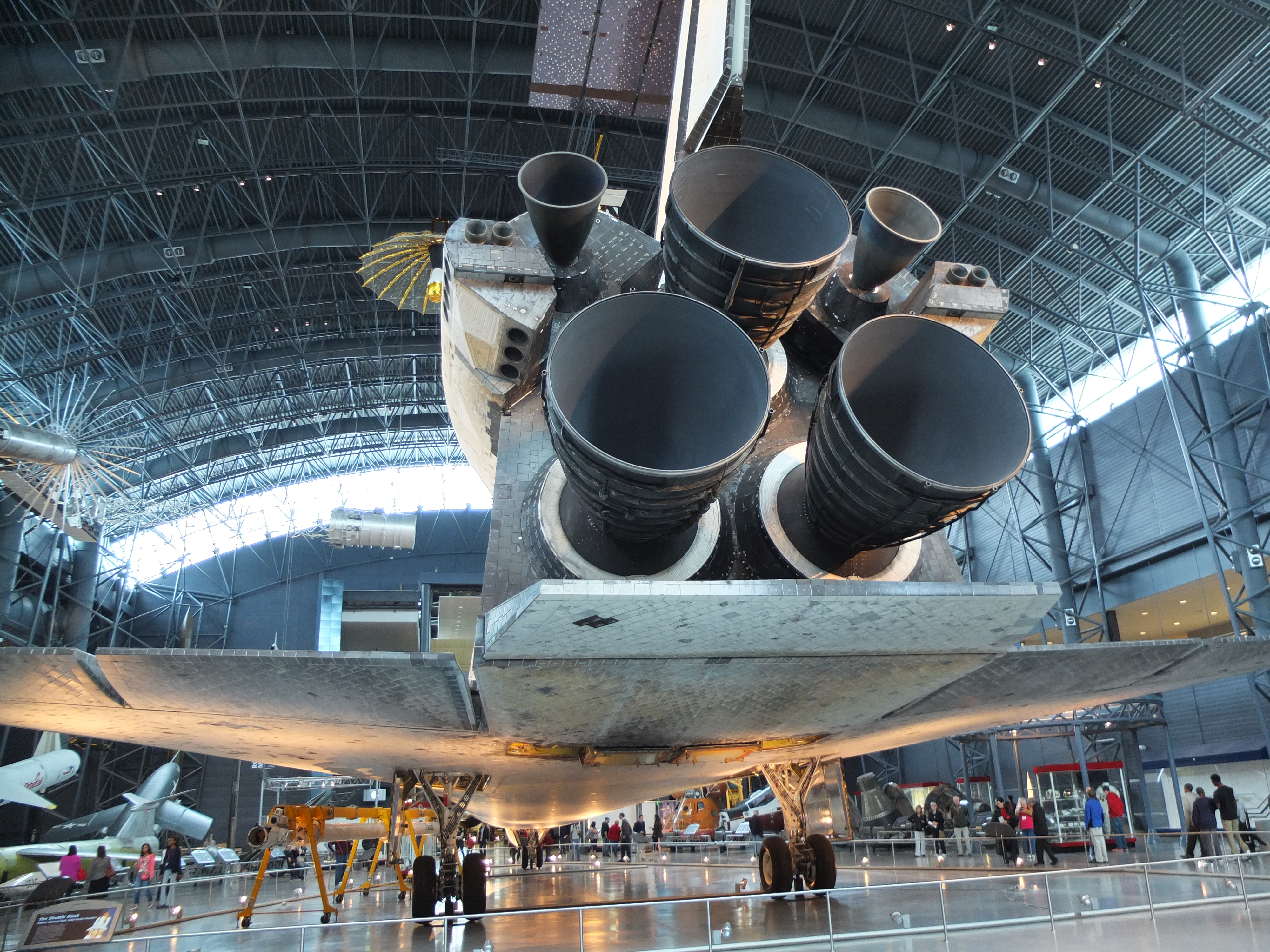 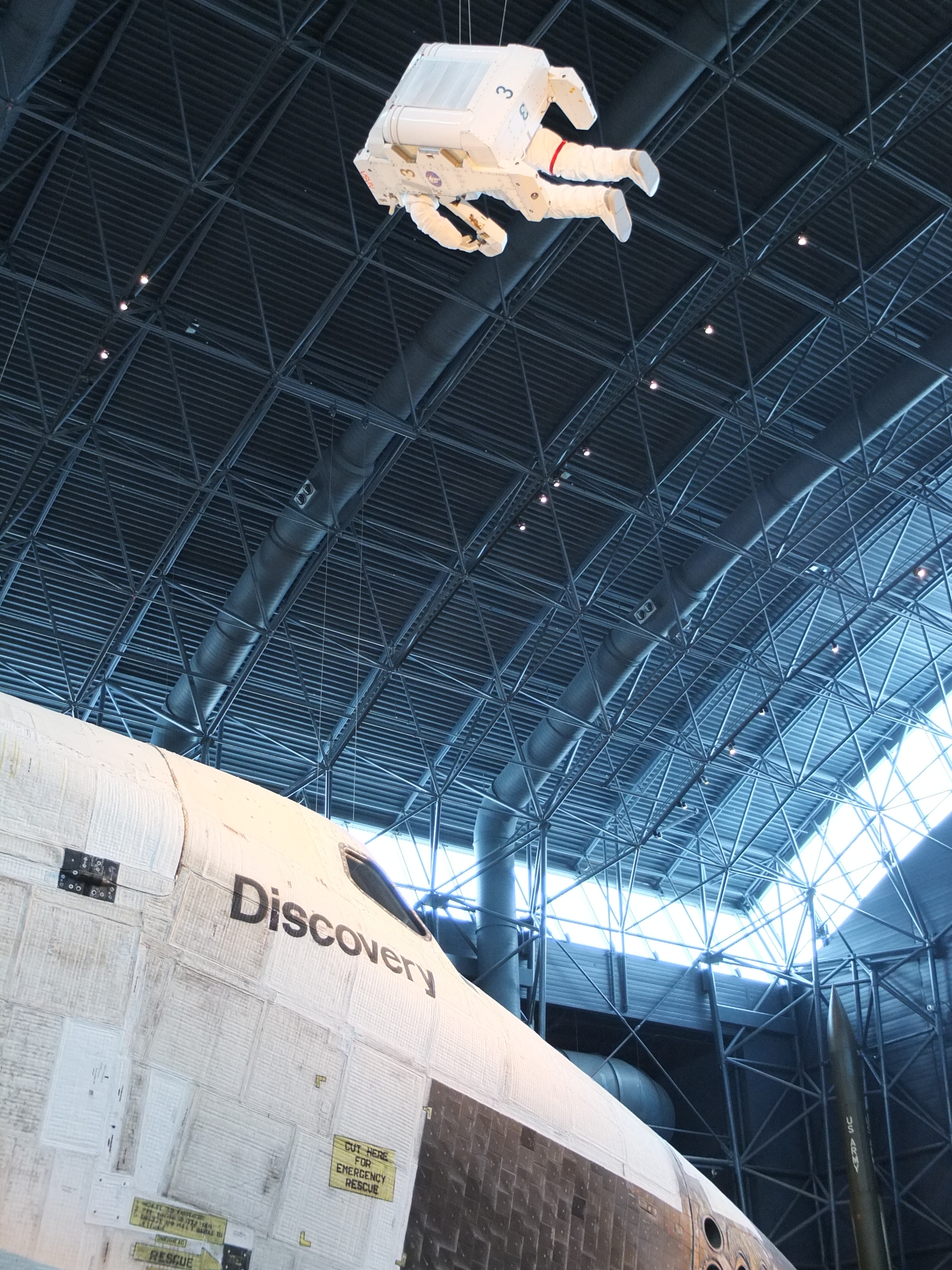 Upon arriving in Culpeper, we performed a test launch that landed our rocket totally out of reach in a tree. Unable to recover the rocket before sunset, we had to leave it out overnight in the rain. 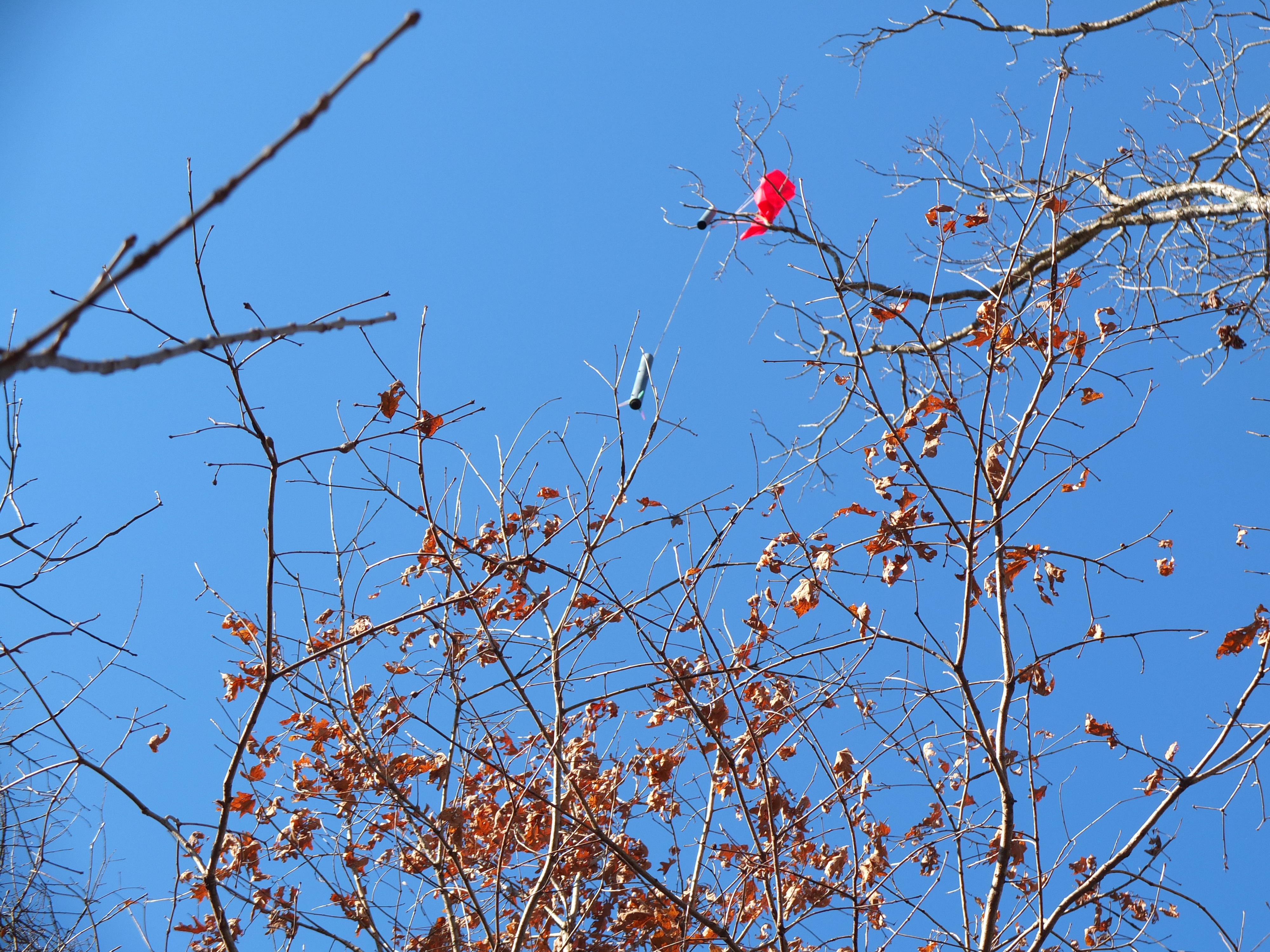 The next day, the day of the contest, we spent countless hours trying to retrieve our rocket. An hour and a half before the contest’s launch window closed, we were able to get our rocket down. 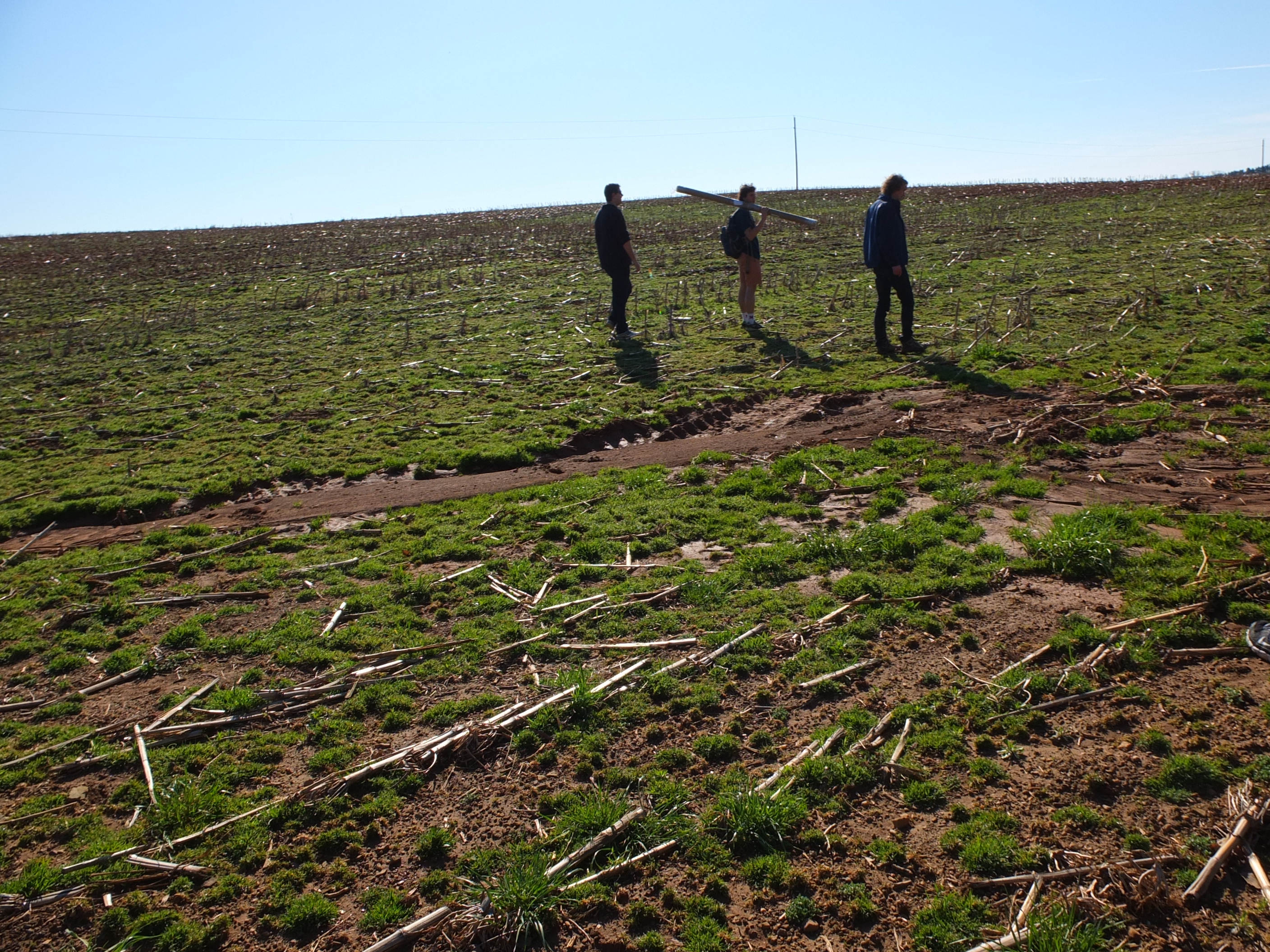 Walking to the launch site

This left us with only enough time to ensure the rocket and its electronics were functioning correctly before the launch. We then were told we would only have time for the required two qualifying launches. If anything went wrong on either launch, we would be immediately disqualified. 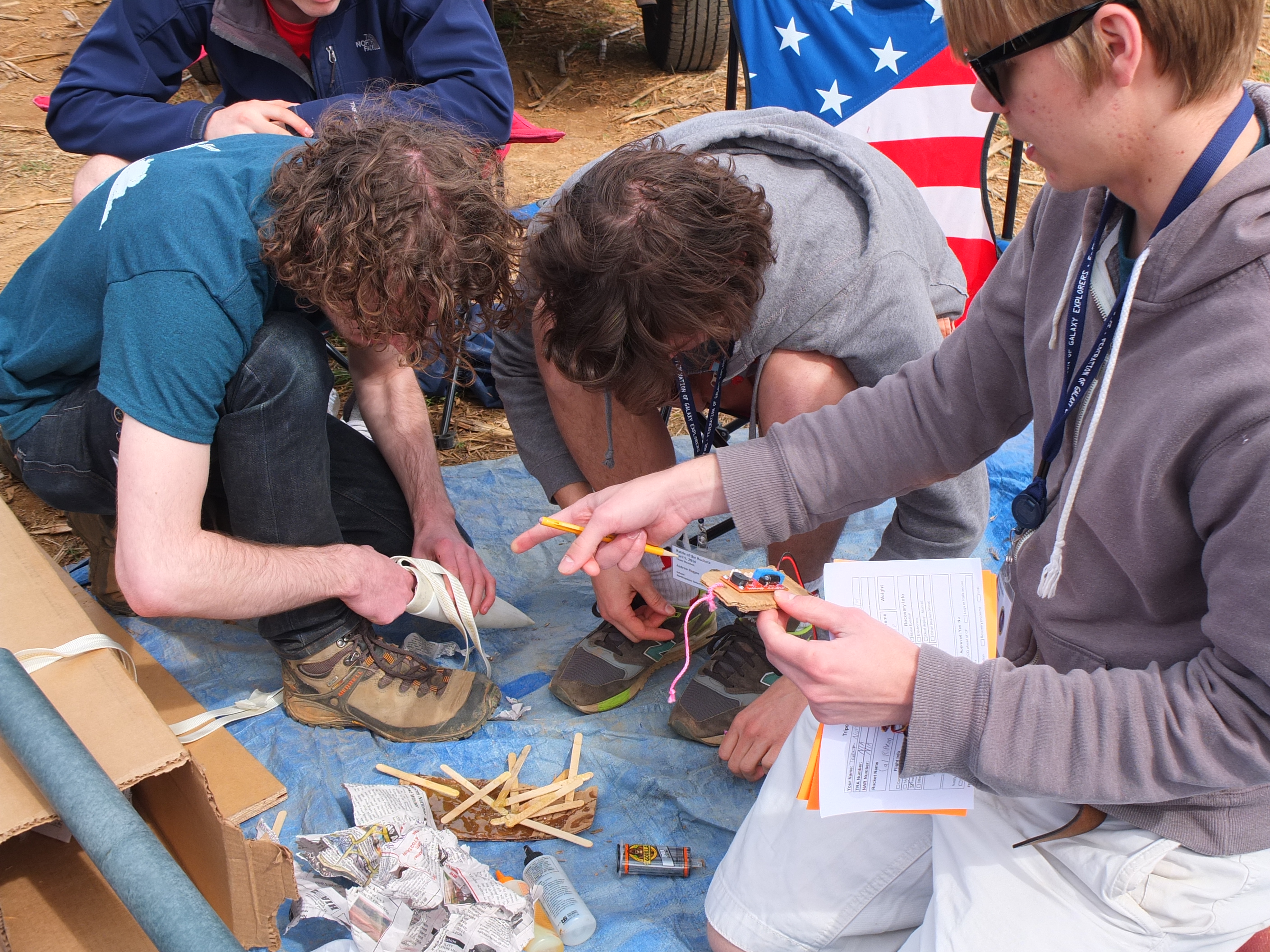 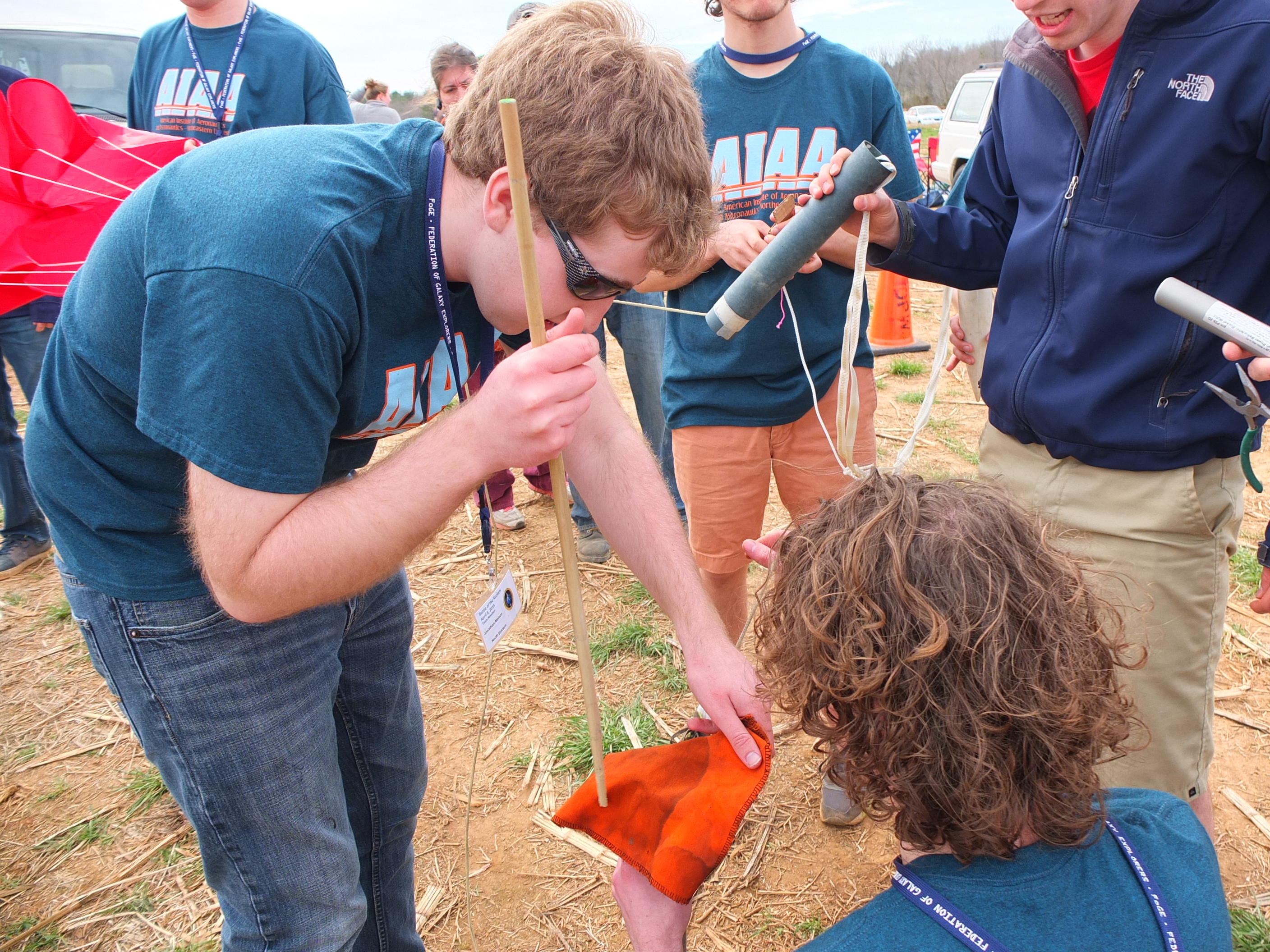 After a harrowing first launch, and learning we were cleared for a second launch (with an altitude of 1502 ft), we quickly reloaded and set out for the launch pad.

Our second launch would decide if we would qualify for the competition. The whole team was tense as we watched the rocket clear the rail, disappear in the clouds, and finally appear again, chute deployed. 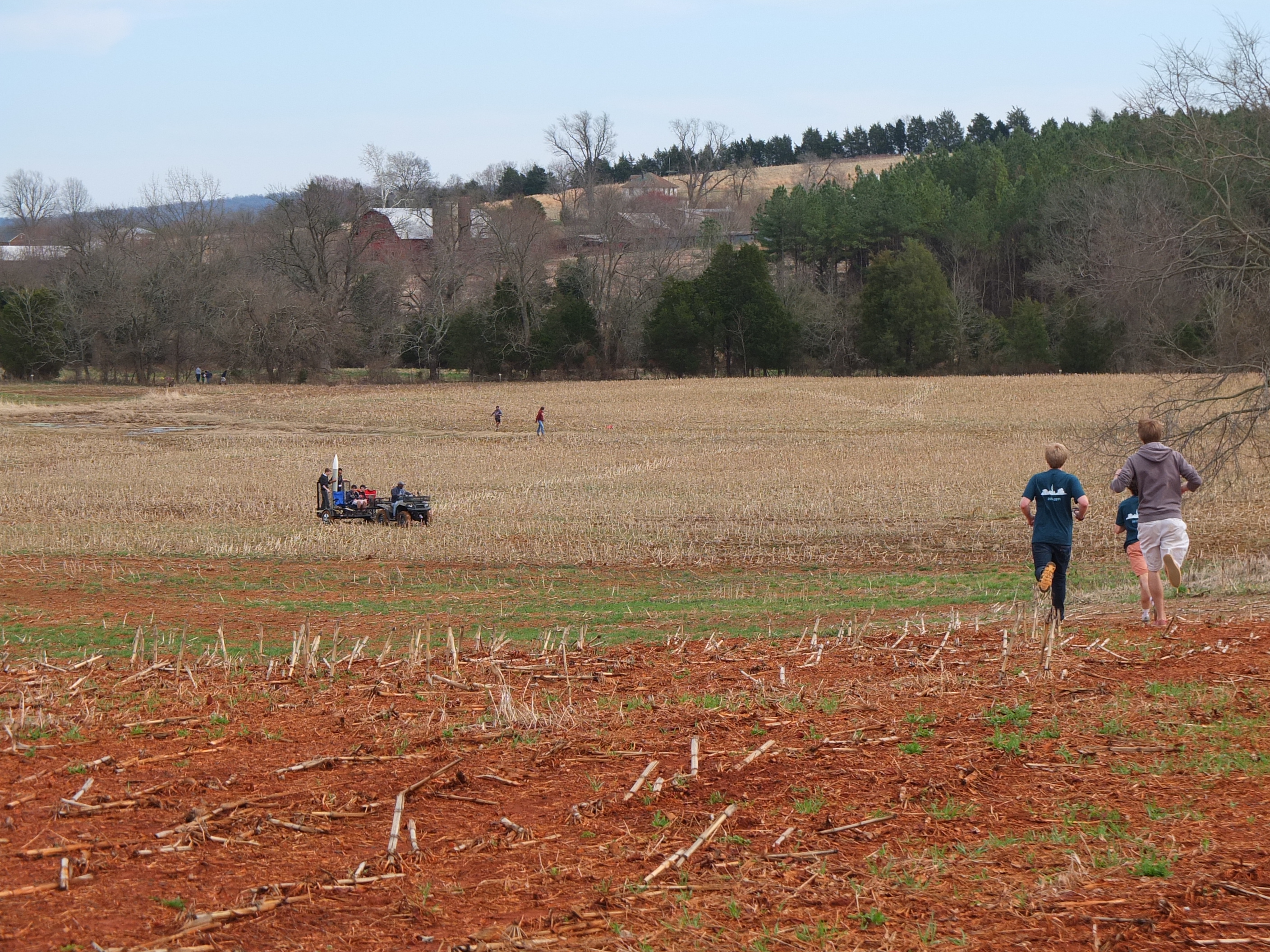 Running after the second launch

An altimeter reading of 1572 ft gave us a final score of 74. We beat out thirteen other colleges and universities to win our first rocket competition. We’ll see you next time, Battle of the Rockets! 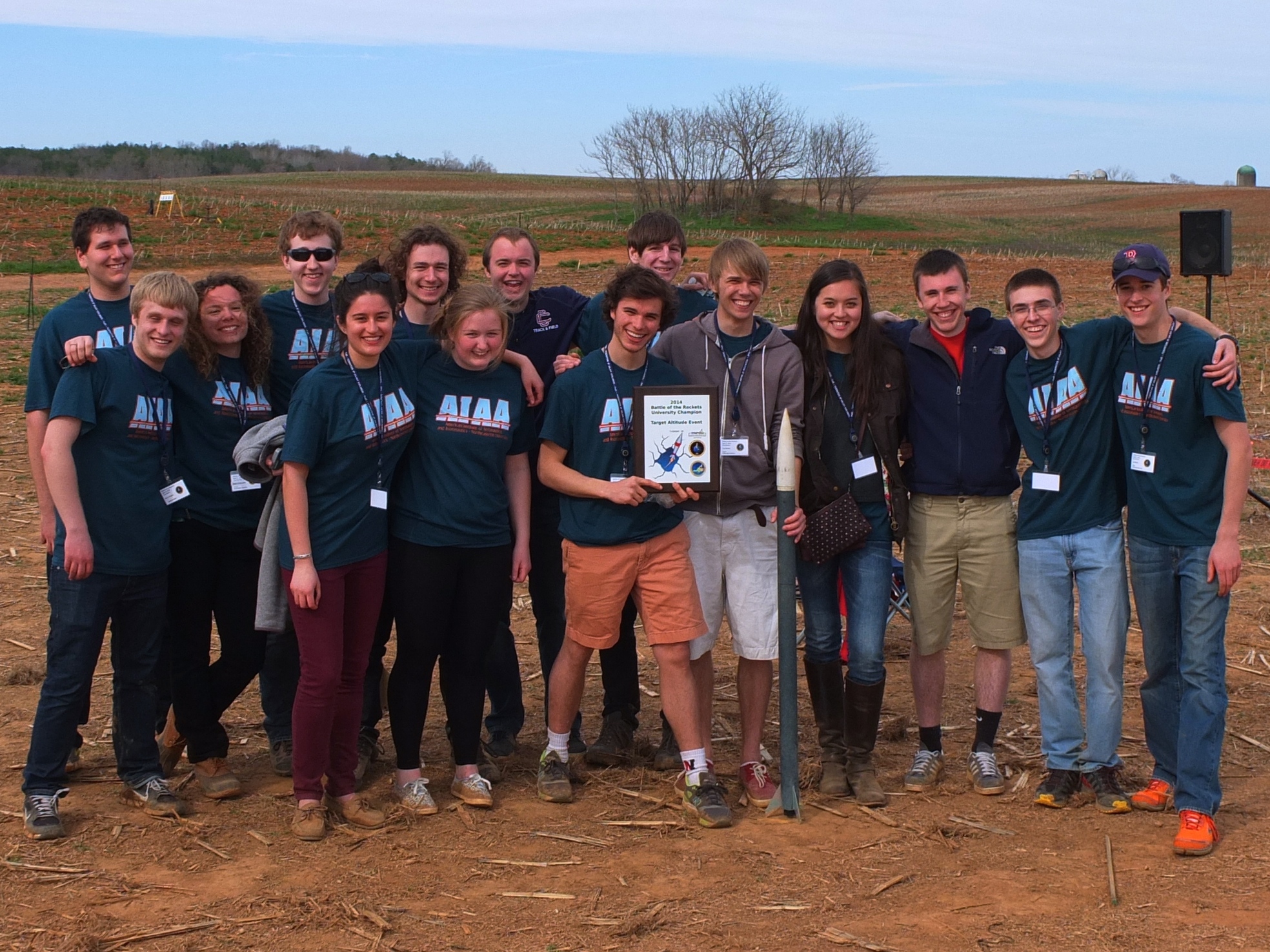 Extra Photos from Battle of the Rockets 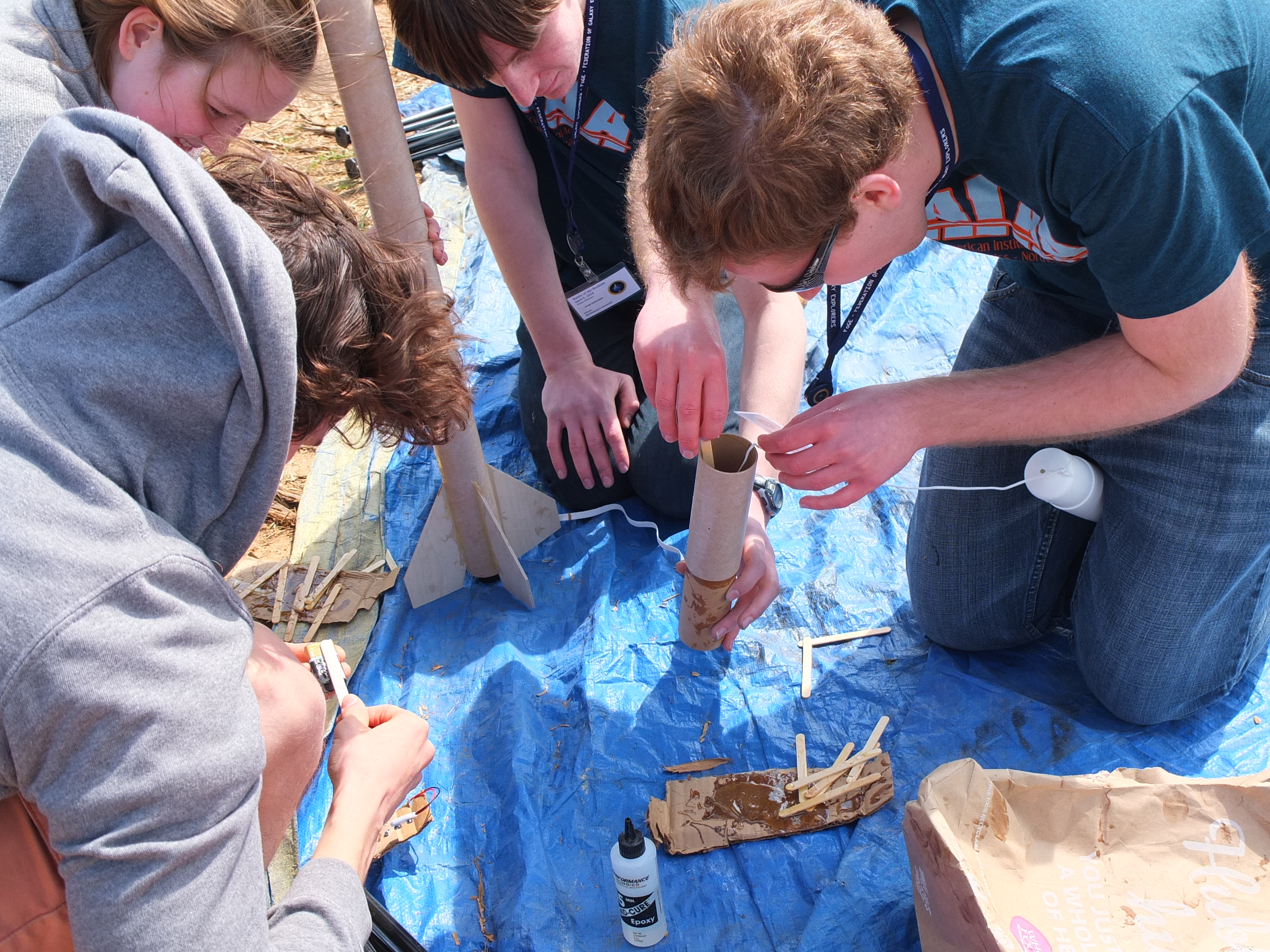 Assembling a rocket for launch 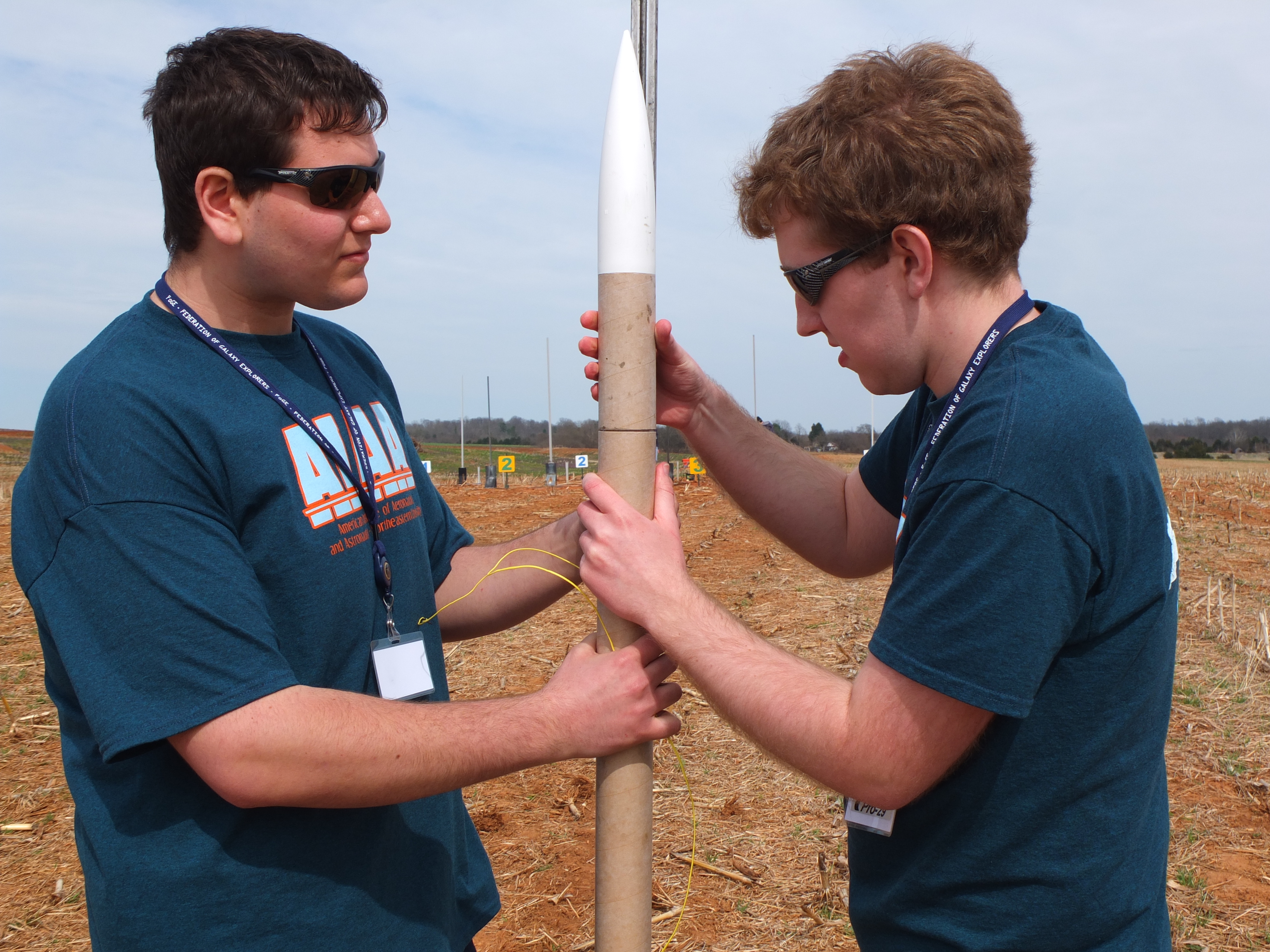 Setting up a rocket on the launch rail 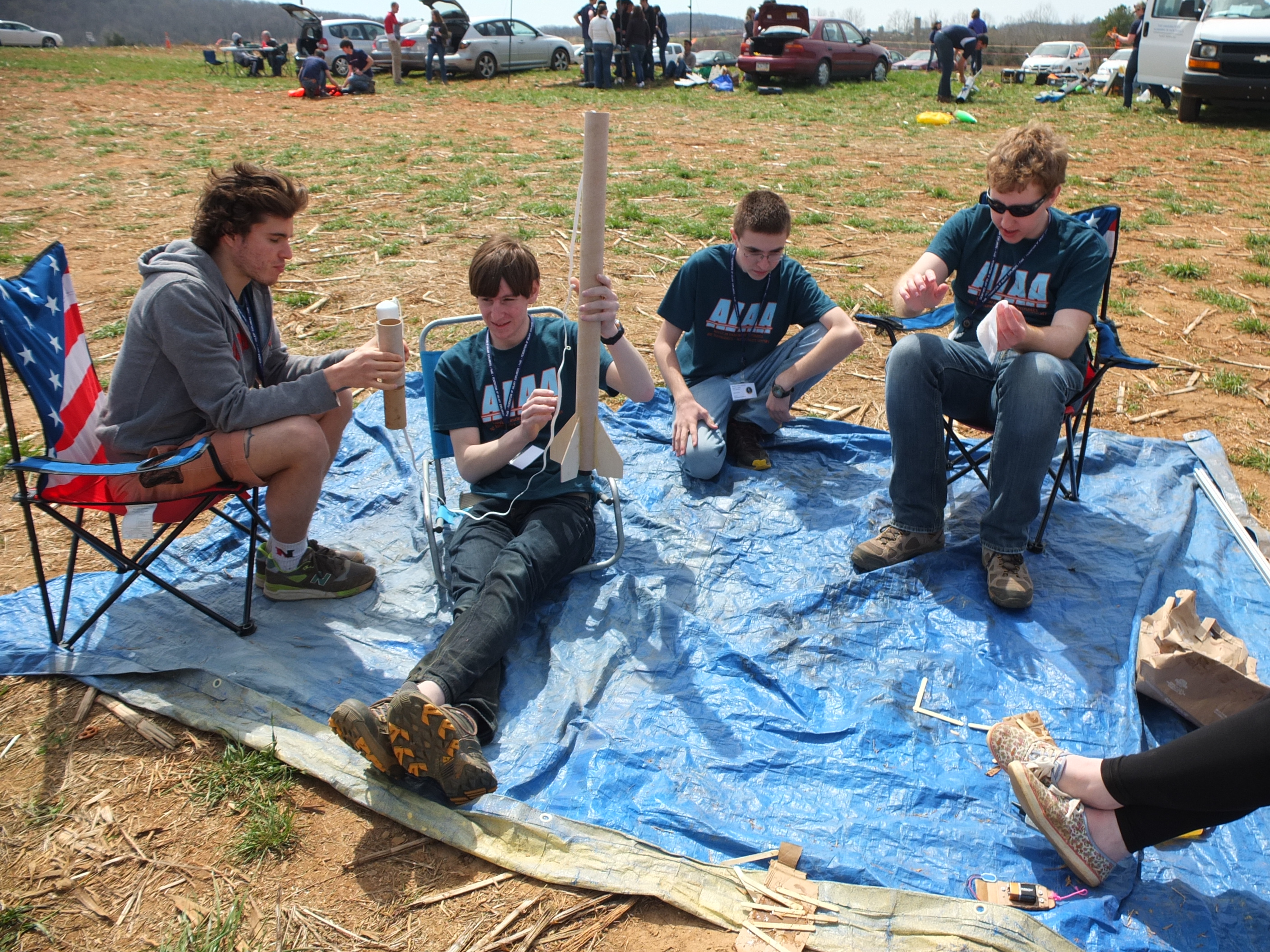 Discussing improvements for next time

Read more about us at:

Article and photos by Alanna Ferri