AIAA currently has a team investigating new territory for the club: UAVs. We are looking into Quadcopter and fixed wing vehicles and are constructing prototypes for each.

The quadcopter team has made significant headway in experimenting with both piloted and autonomous vehicles.  Our team is building two different quadcopters from a kit. One of the quadcopters is powered by a flight controller and the other by an Arudino Uno. A Prototype of the Radio Controlled UAV is just about ready for test flight, after which we will focus on establishing autonomy. Once we have flying UAVs we have discussed several more advanced projects including instructing a drone to go to specific GPS units. Anybody interested in unmanned aircrafts is welcome. 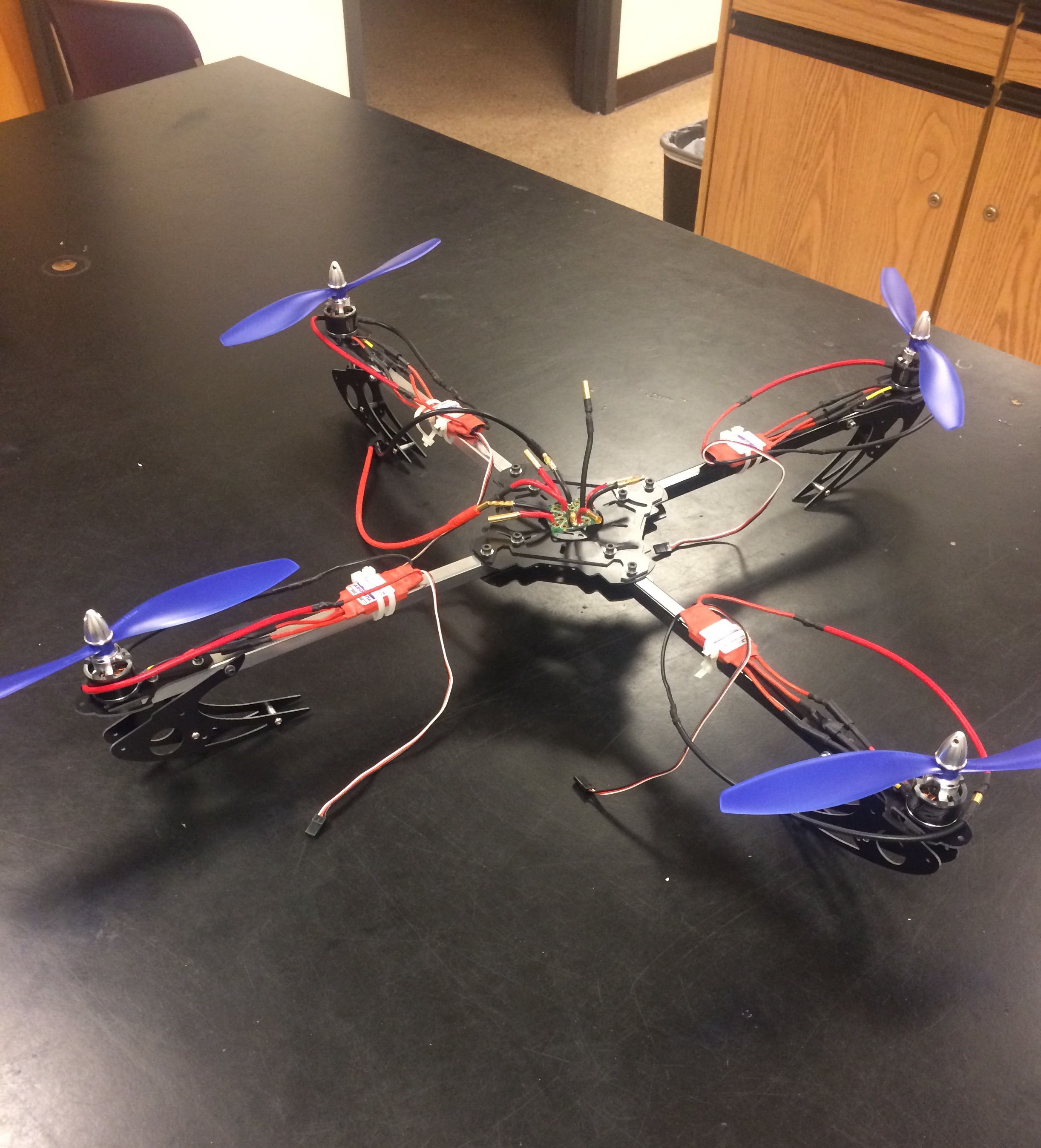 For the fixed wing project, we started with a model airplane kit and are currently working towards our first test flight. The kit is made of primarily balsa wood and is powered by a 2 stroke gas engine with 4 servos for flap, elevator, rudder, and aileron control. After we have mastered human controlled flight, we hope to create autonomous flight in which we could pre-program flight patterns based on GPS coordinates. After this project is complete, we hope to design and build from scratch our own fixed wing UAV. We also hope to create a small jet engine in the future. 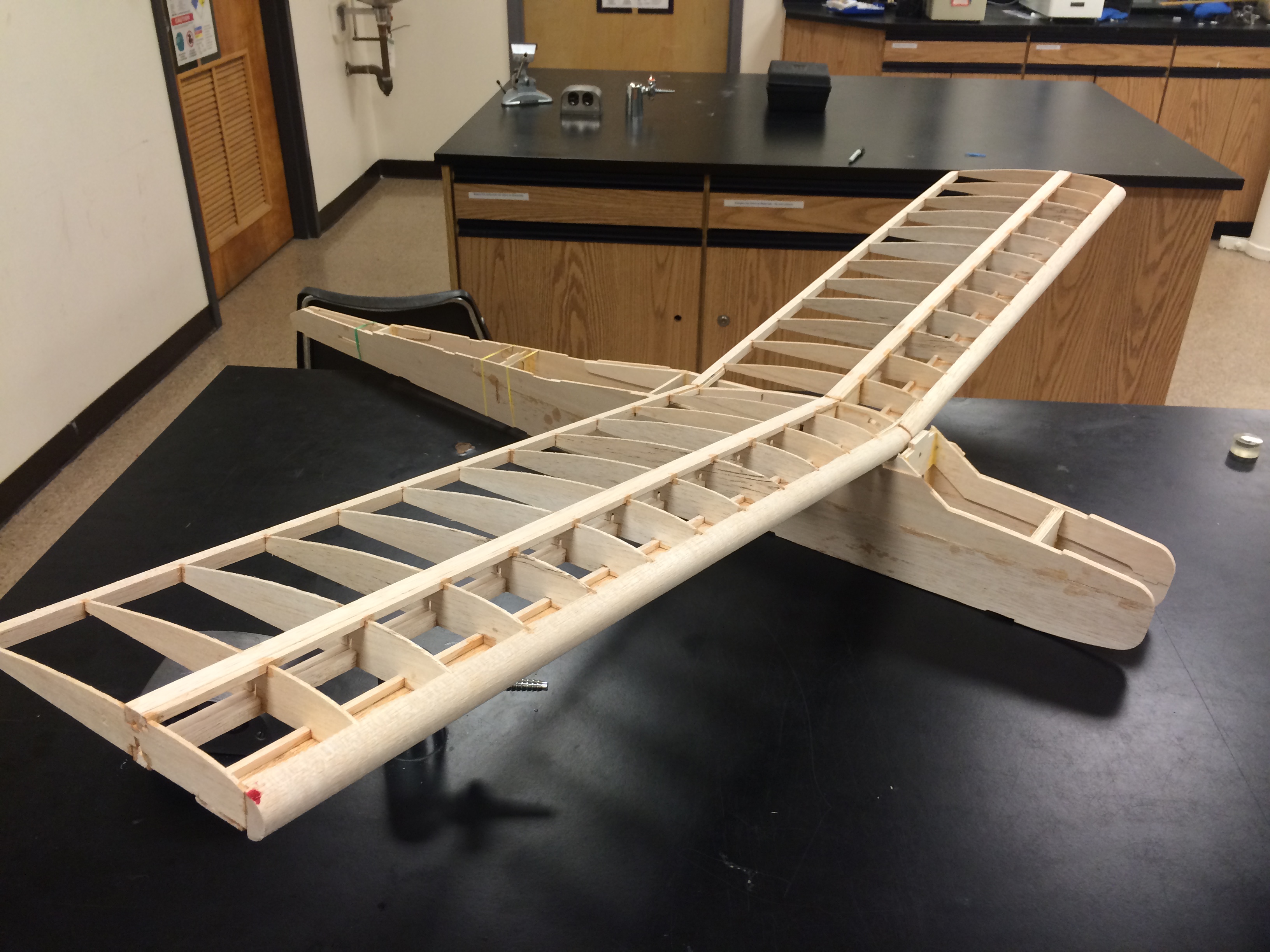