Review: Inside A Mind At War

Mind at War is a VR portrait of an ex-veteran’s story before and after being in the army. The young ex-veteran’s name is Scott England, and his voice-over narration is visually depicted through Tiltbrush scenes created by Sutu. The visual sketches have some moving elements, but are generally created in a freeze frame.

The story begins with how Scott England imagined his life would turn out. The scene appears of him and his highschool sweetheart, married with four kids playing around a creek. The river flows and shines with bright strokes that glisten. He tells the audience how he’s rather timid and was never built for the army, but he found out about the army’s health insurance coverage and how it would bring stability. He lost his construction job right before the wedding, and he wanted to find a way to support his wife and his future family; that’s all he cared about at the time.

It turned out that this was one of the worst possible things he could’ve done for his relationship, as they slowly grew apart. She ended up leaving him for someone else. The narrative evolves to describe the depression that grew from this initial setback, and how at some point, he even contemplated suicide. Individual traumatic events from the war are shown, such as when the army bus ran over a young boy or when he was instructed to shoot innocent kids. 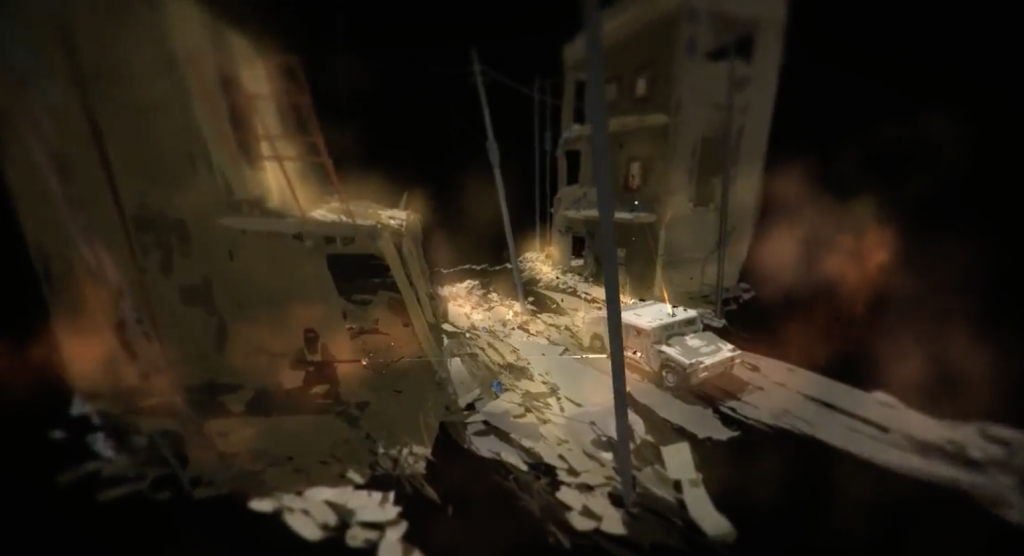 The second half largely focused on what Scott did after he returned. He was homeless for a while and lived in his parents’ backyard. He started working at Walmart, and then lived in a tent by the creek. He eventually moved into a storage unit, and the story follows into telling the audience that the storage unit owner allowed him to squat even though technically he was not allowed. The two bonded based on their traumatic situations so early on in their lives, as the storage unit owner had just lost two of his children. The story ends on a positive note with hope for the future and a quote that Scott lives by: “When life gives you lemons, make lemonade.”

A major part of bringing this story to life is Sutu’s artistic work in Tiltbrush. The visual approach is very stylistic. Instead of animating the story, the scenes are recreated in a sketch-y format. The simple audio narration put me at ease, and allowed the raw and genuine tone of this story to shine through. This is actually the very last VR piece I viewed of all the ones at Trafalgar Warehouse. I wasn’t particularly enticed by the set up at the site, but hearing Sutu speak at the Alternative Realities Summit triggered my interest. It ended up being one of the most impactful pieces to me and one of my favorite. Immediately after viewing each piece, I jot down my first thoughts: “My heart feels heavy and light, all at the same time.” I was in shock, yet filled with wonder. This is one of those pieces that makes you really aware where exactly your heart is inside your body and the fact that it’s in there, pumping, all soft and gooey. I recall nearly tearing up in the scene with the storage unit owner, when he says that he would be there carving his kids’ tombstones at night. 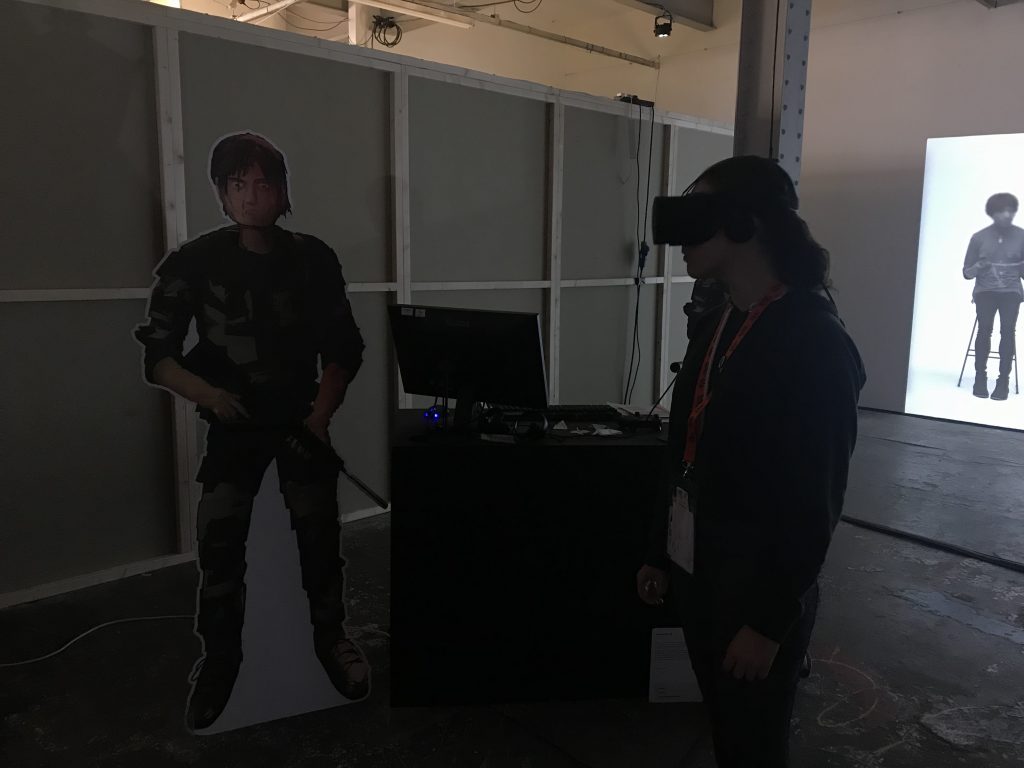 The visuals put you in the environment, but not too much so. You can explore the world with minimal interactions, as if really going through Scott’s mind and taking a look around. The lack of specific, realistic details in the sketches help situate the viewer inside of Scott’s memories, as memories often come in flashes. The constant reappearance of the bonfire scene emphasizes the personal feel of the story, like Scott is telling you the story right there. Neither the visual, nor the audio is overpowering; the two work to complement each other.

I think this is a very successful piece in accomplishing what I believe Sutu’s intention was: to bring awareness to what many ex-veterans go through after coming back from war and the lack of support they receive. The arch of the story’s narrative brings the viewer through a range of emotions, ringing true to VR being an ‘empathy machine’. It is a fully immersive experience without being overwhelming for the viewer. The story could have been told simply through text or audio, but nothing compares to seeing the beautiful flowing rivers in the scene with his imaginary kids contrasting with the dilapidated war scenes. The only thing that I think may not have been successful was the implementation of gaze control to continue the story. I think it was important to allow time for the viewer to reflect between bits, but the way the gaze control was formatted wasn’t intuitive and may take viewers who aren’t expert VR users a couple of tries before understanding that they need to interact. Even though there aren’t any crazy interactions or pushing of VR boundaries in this piece, I think the extension of the piece was beautifully crafted to leave an impression of the viewer. The simplicity of it worked.