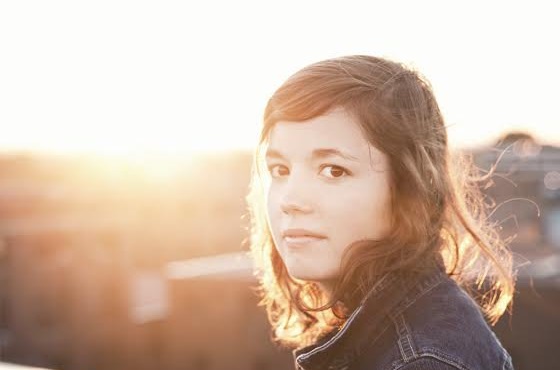 Kalina Bertin is the director/author of Manic and Manic VR. The VR part of the project has visitors experiencing the world of her siblings through an outside point of view as they go through the stages of bipolar disorder. This interview discusses the process of making VR from a film as well as meeting and working with the producer, Sandra.

This interview was done separately, but co-compliments Sandra’s Interview.

Jason: What was your process in making the movie?

Kalina: I started the film right when I was done with film school, in 2013. What really prompted the project was when my sister had her first psychotic episode. My brother had been struggling with bipolar disorder for about 10 years, but I had retracted from my relationship with him since I didn’t understand what he was going through.

When my sister got “sick”, that was 50 percent of the members of my family that were now diagnosed with bipolar disorder, so I was quite terrified myself. I really felt the urgency to investigate our family and understand what was this legacy of mental illness and where it came from – to dig into my father’s life to shed light on it and understand how he continued to influence us today.

It took 4 years to bring that together and it’s a mixture of investigation and vérité footage.

Jason: Was the film made at the end of 4 years or done along the process?

Kalina: I shot for about 3 years and got into the editing room. As I was editing, I was still shooting because I was figuring out there were still certain pieces that were missing in the timeline. I went back, shoot and I’d come back and edit. So, there was a sort of a dance last within the last year between editing and shooting.

Jason: With a film background, how was the switch to VR?

Kalina: It was a little bit overwhelming in the beginning. I had never worked in interactive [and] I was never really into video games or anything. I had a prejudice that “VR, video games are just about games, consumerism and violence”. But there are beautiful video games that have very strong storytelling narratives. Notes on Blindness, was one of the first VR experiences that I’ve tried in which you are going through a journey through a condition that’s quite different and that a lot of people don’t really understand or have a lot of prejudice toward – blindness. That was a huge inspiration for Manic VR.

What was reassuring was how VR was new for everybody, even for people who had been working in interactive for a long time. We’re all discovering together how to put the story together. I was working with people who had already done interactive before. It was kind of tricky to marry story and interaction. It took us a while to figure out what type of interaction would work for our story.

Jason: Going through Manic VR, I was aware I did not need interaction to still get the story. What was the process in making that work?

Kalina: I think we saw the storytelling in VR as having different layers. The main story is the one that was composed of the voicemails that my siblings were leaving me. There’s not really an interaction on that level: you’re hearing and you’re listening. Then there’s all the visuals. The first level of interaction was your gaze as you decide where you’re going to look when – you’re the cinephotographer. So, that visual aspect is the first layer of interaction. After that, there are the controllers. The interactive element of the controllers arrives at very specific times to help the storytelling. 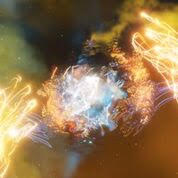 In the beginning, you still rest in reality and don’t have much agency within your world. The first time the controllers pulsate is when you’re transitioning from hypomania to mania, so you’re gaining this power to your world. Through the UX, or user experience, design, your power over your environment gets stronger and stronger. In the galaxy [(a certain scene in Manic VR)] there’s energy that’s generated from your hands and that shows the level of power the user gains – like the person who’s experiencing bipolar disorder feels that very strong, compelling energy that is mounting, mounting, mounting until in psychosis, that’s taken away. You no longer have agency within your environment. You sort of become a victim and things that you do become destructive. In the jungle [(another scene)], there are these moths and they follow your gaze. When you look at the trees, they swivel around the tree and eat it up. So, we found different codes to our key concepts of what each stage represents and injected that into the interactions.

Jason: How did you meet Sandra and start working with her?

Kalina: I was working with Eyesteelfilm and we co-produced the documentary film. What happened was we  ere looking for funding for the documentary film, around 2014, and that was a period when Canadian government was really trying to stimulate the creation of digital media. So, to get funding, we needed to come with a concept for a digital media piece. My producer, Bob Moore, was suggesting that we do virtual reality. He asked me, “Do you know what virtual reality is?” I responded, “kinda vaguely”. He didn’t really know what it was either. It was still very, very new for us.

So, we thought it could be really cool to try to represent the inner worlds of my siblings. So, I wrote up a concept, submitted it, and we got the funds. Toward the end of making the film, we had to start thinking about “How are we going to create and craft this virtual reality experience?” By then, the company, Eyesteelfilm, had just hired Sandra Rodriquez, who had directed an episode of Do Not Track, which was a very successful interactive web piece. She hadn’t done VR either but had experience in the interactive world. So, I thought “Great! We’re going to work together as co-creative directors and explore this”. So, it was really through Eyesteelfilms that Sandra was brought into the project. Also, her “distance” from the subject (being outside of the family and not having worked on the film) was really key and helpful to make sure we made a VR experience that was compelling for a general public.

Jason: Manic is both a film and a VR project featured in festivals. What was the different in the processes? Did you do both projects at the same time?

Kalina: I started working on the VR toward the end of the editing process. That’s when a lot of the conceptualizing happened. The actual production happened after the film was done, around April 2017. I was talking with Dpt., which was the creative studio based in Montreal, and they calculated 14 months of full time work on the project.

The processes were the same in terms of the questions like “What’s your subject?”, “Why are you doing this?”, and “Why are you doing this now?”. I think it’s important to have a story. In VR it’s not just about interactions. Then the way you go about it is like documentary in a way because you have an initial concept and then try to gather as much as you can and often times the story will morph based on what reality is giving you. In VR, iteration is so key, because a lot of things on paper sound great, but won’t actually work once you throw them into VR. So, we had to do a lot of iterations. When we do iterations we go back, look at it, discuss. It’s a big teamwork and a lot of people working simultaneously. In short, it’s a crisscross between documentary and fiction.

Follow Kalina, Sandra, and the people of Eyesteelfilm at http://www.eyesteelfilm.com/web-projects/manic-vr/