The city of Toronto has had an extreme issue with gentrification and convenience stores are a line of business that have been impacted significantly. These once thriving community hubs are now being driven out and forced to close down due to higher rent rates. Convenience stores are important not only for the products they provide, but also the way they serve as a key community hub. They represent a child’s first sense of freedom, the coming together of strangers, and the trust that one places in his or her community. 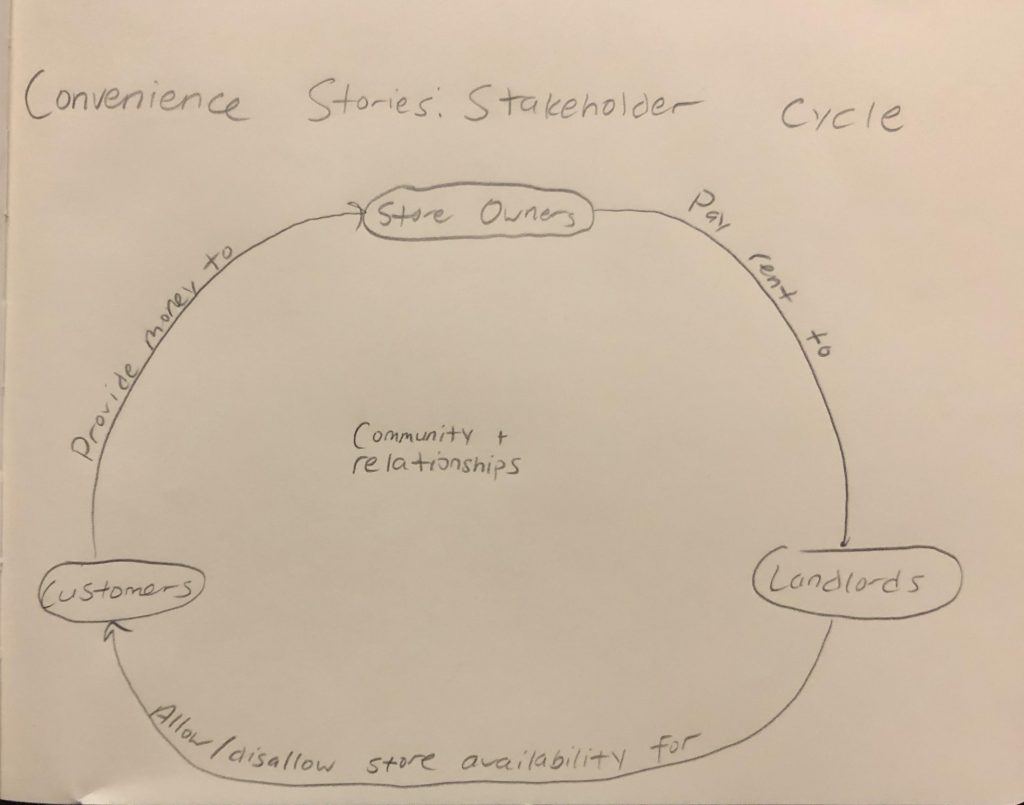 The primary need of the convenience store owner is profit. With rent going up, it is important for convenience stores to sell enough so that they are able to manage the high rent, while still being able to make profit. Unfortunately, with the abundance of convenience stores, it can be hard for many of the stores to have enough sustained business, leading to many of them to shut down. As stated in its name, the customer expects “convenience” out of a convenience store. This is achieved by the store having close proximity to one’s home and having most, if not all, of the items that one needs. With the plethora of convenience stores, it seems that most people do not struggle with gaining this convenience. Landlords, like the stores, need to be able to make money. As a result of the increased building and change of people in the area, landlords respond by raising rent. Unfortunately, this causes many small and local shops who cannot afford this rent to be kicked from their location.

Convenience stores are sometimes not able to sustain themselves because they do not get enough business to pay off their rising rent. Especially on Queen Street, there are a bunch of convenience stores, so it could be tough for convenience stores to differentiate themselves from other stores. The main conflict with customers is that there are so many different convenience stores they can shop at, but can only choose one. As a result they choose their primary store based on a variety of factors, such as proximity to their homes, prices, and trust with store owners. Landlords need to respond to the increasing growth and build of Toronto, and as a result raise their rent. Though the raising costs do not benefit local business, the landlord wants to make more money.

Right off the bat this product would be appealing to a younger audience. The product is currently on a smartphone app, and it would generally attract people who would be interested in this sort of media. However, if shown to the landlords who have increased the rent, this could be very eye opening. Even though these are most likely middle-aged people who wouldn’t find this sort of app on their own, it could make a huge impact with proper advertising. The intended audience is the landlords, but if this became popular with a younger audience, it would create attention needed for older audiences to see it and to see the point.

The narratives of gentrification and the fact that convenience stores are being driven out is expressed through our AR experience because it shows not only convenience stores that are still functioning normally, but it also shows convenience stores that have been closed and are now replaced by more modern commercial businesses. Also, our AR experience allows users to really get an understanding of exactly how much of an impact these stores have on their respective communities. This way, the fact that these stores are closing down will have much more of an impact on the user than it otherwise could be.

Our AR experience shows users just how important convenience stores are to their respective communities. Most people would think of convenience stores just as a place where they can get a variety of items at a fair price, hence their name. However some people do not understand or really know about community stores’ underlying purpose as a community hub, and our project really brings that hidden purpose to the forefront. By showing users the community hubs that have been overlooked all this time, they will understand the importance they have on their culture and just how impactful it is for the community when they are shut down. 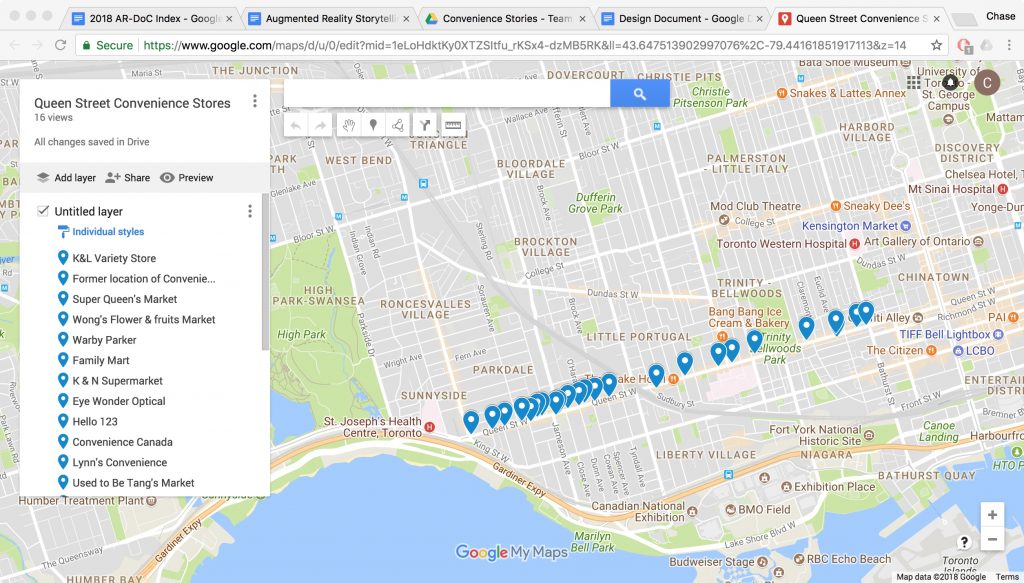 This is the map Stina sent us of the list of convenience stores (current and closed) she recommended we visit. On Friday, we walked down Queen Street and visited most of these stores. 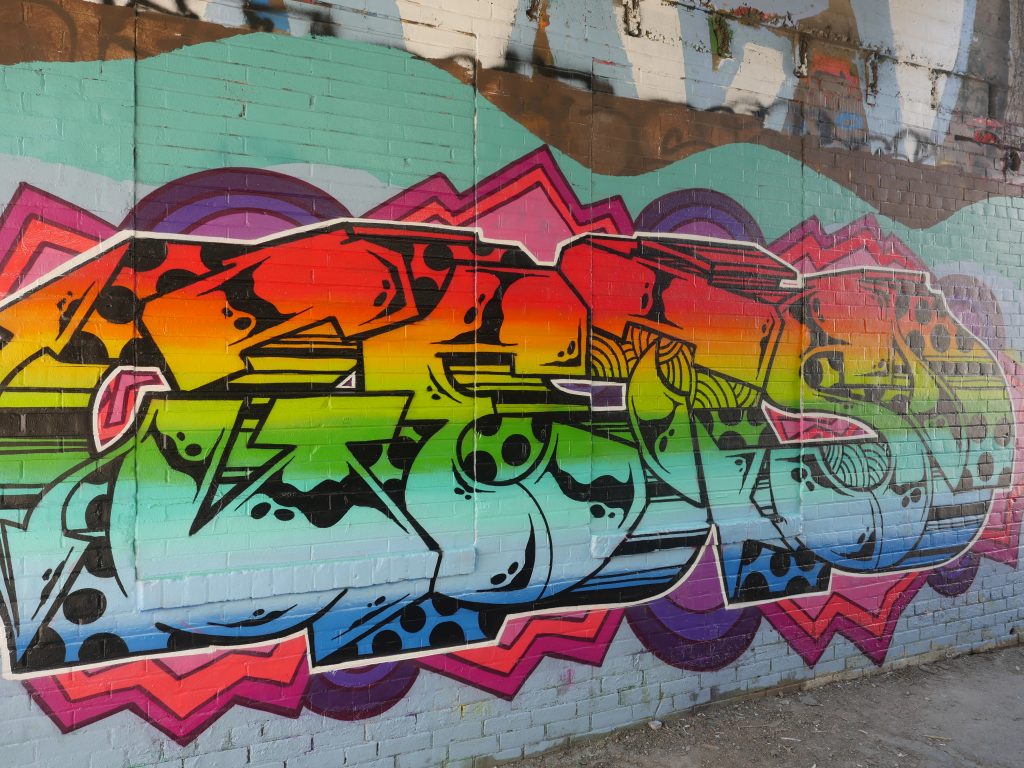 Picture of graffiti from Graffiti Alley on the way to convenience stores. Though this image does not pertain to convenience stores, we felt that viewing this graffiti was still an important part of our experience and helped us take in the artistic and abstract culture that Toronto displays. 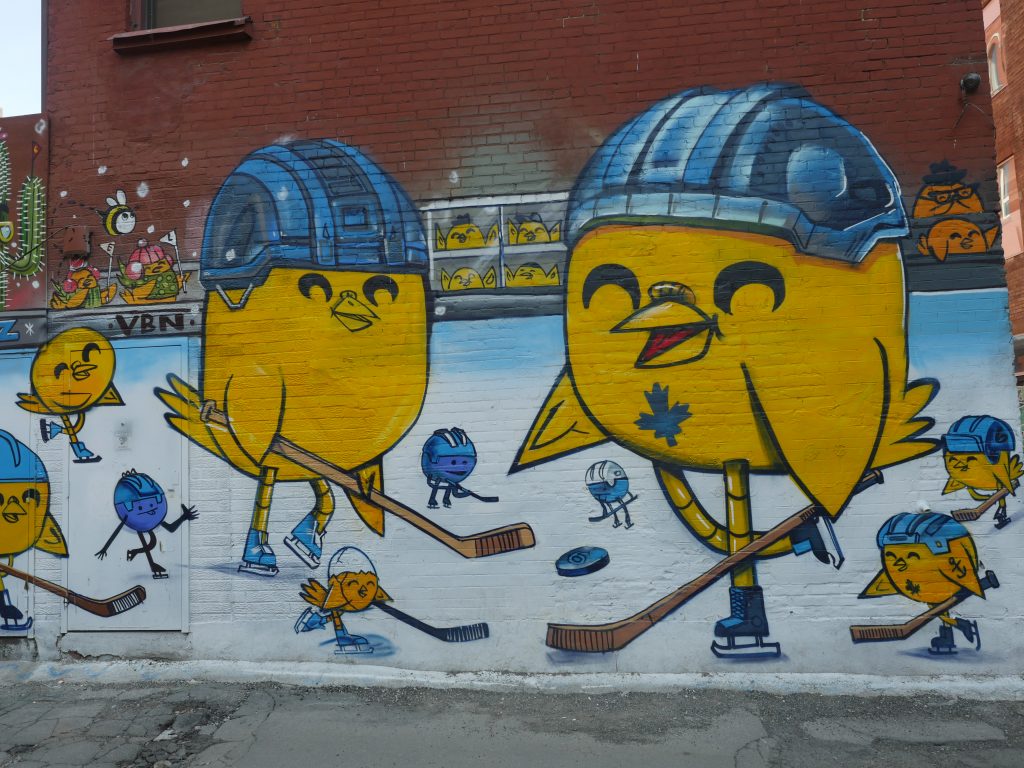 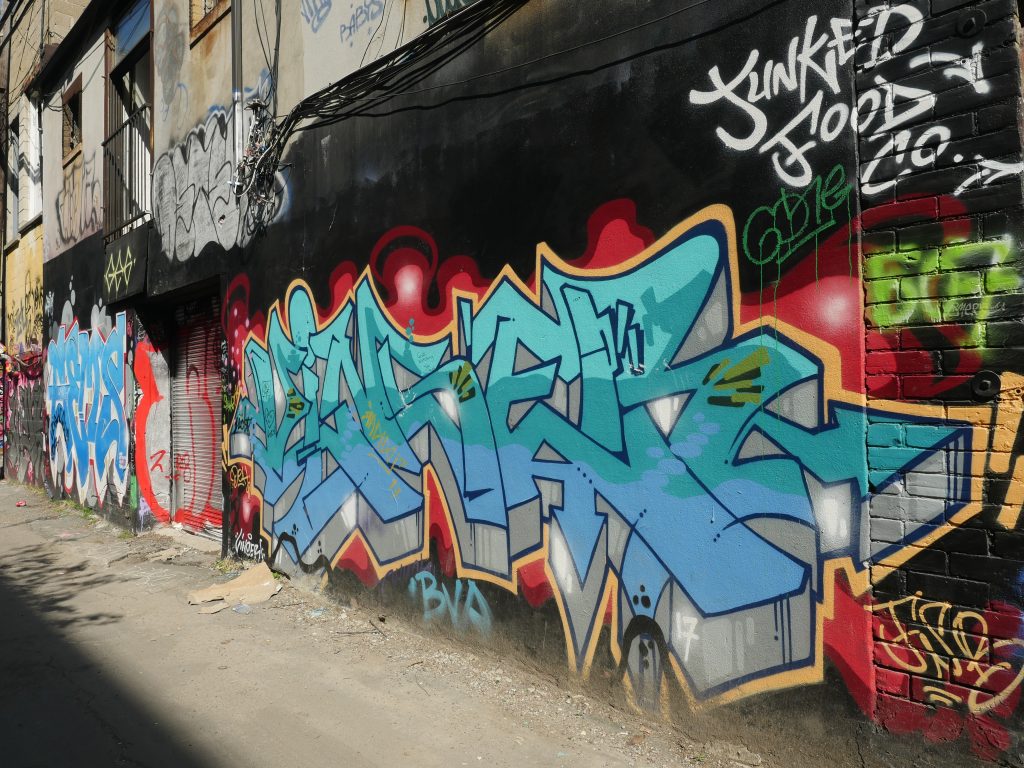 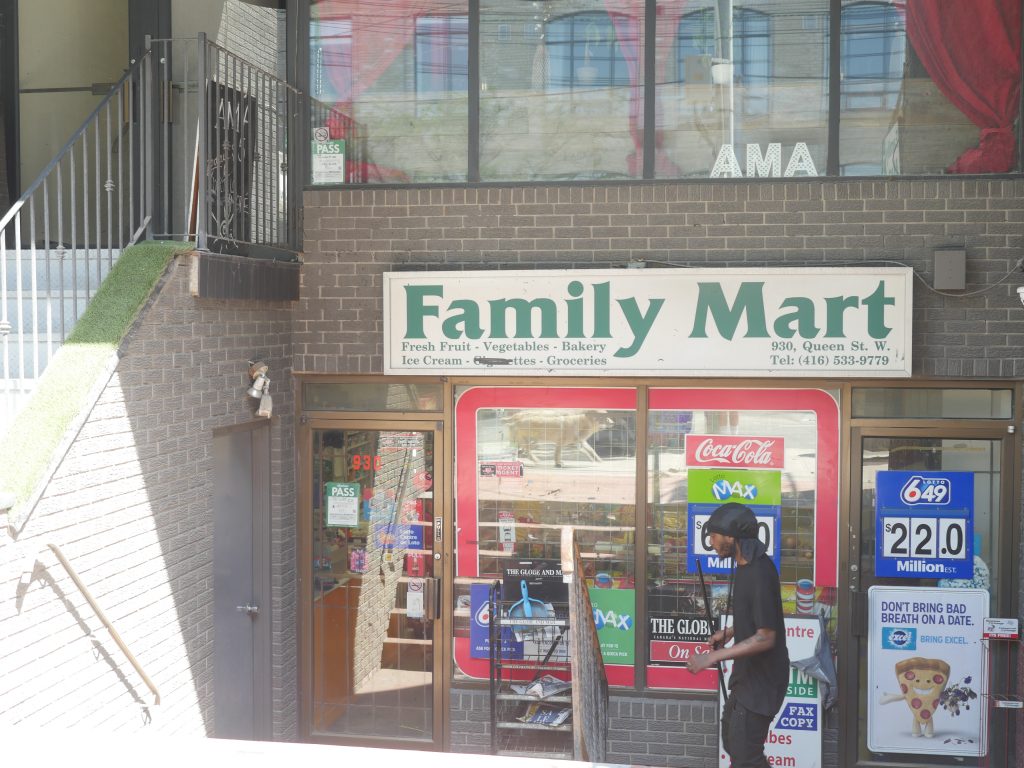 We had a terrific talk from the owner of Family Mart. She told us about her strong interaction with the community, an example being that she would keep tabs for the kids who came into the store, so that the parents could pay them back the next time they came. It was clear that Family Mart has close ties to its local community and serves a very important role to its local residents. 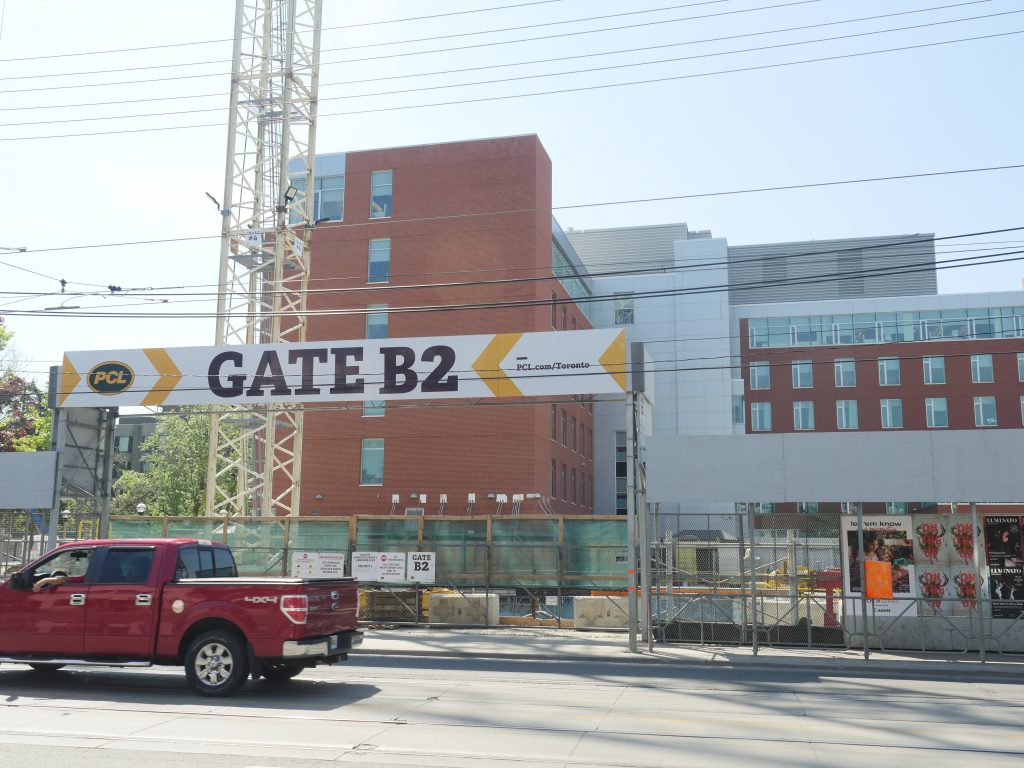 This is a prime example of the gentrification and build that is causing rent to go up and the sustainability of convenience stores to suffer. 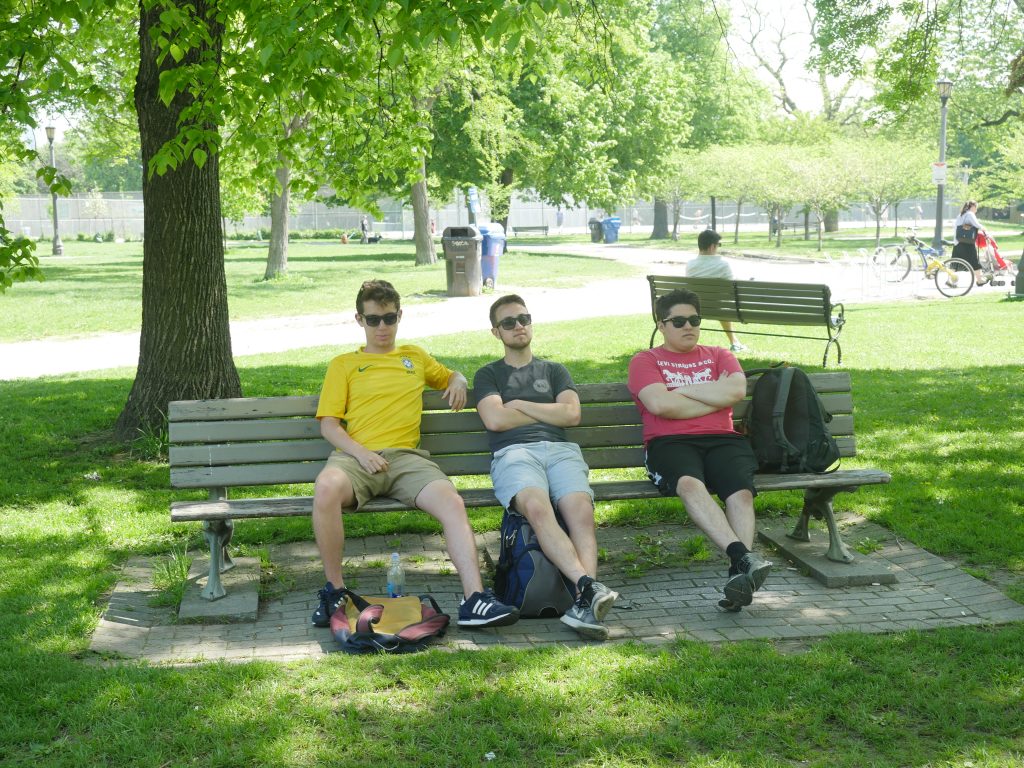 After a few miles of walking, we decided to relax in the park and were able to observe the activities of the Toronto residents. 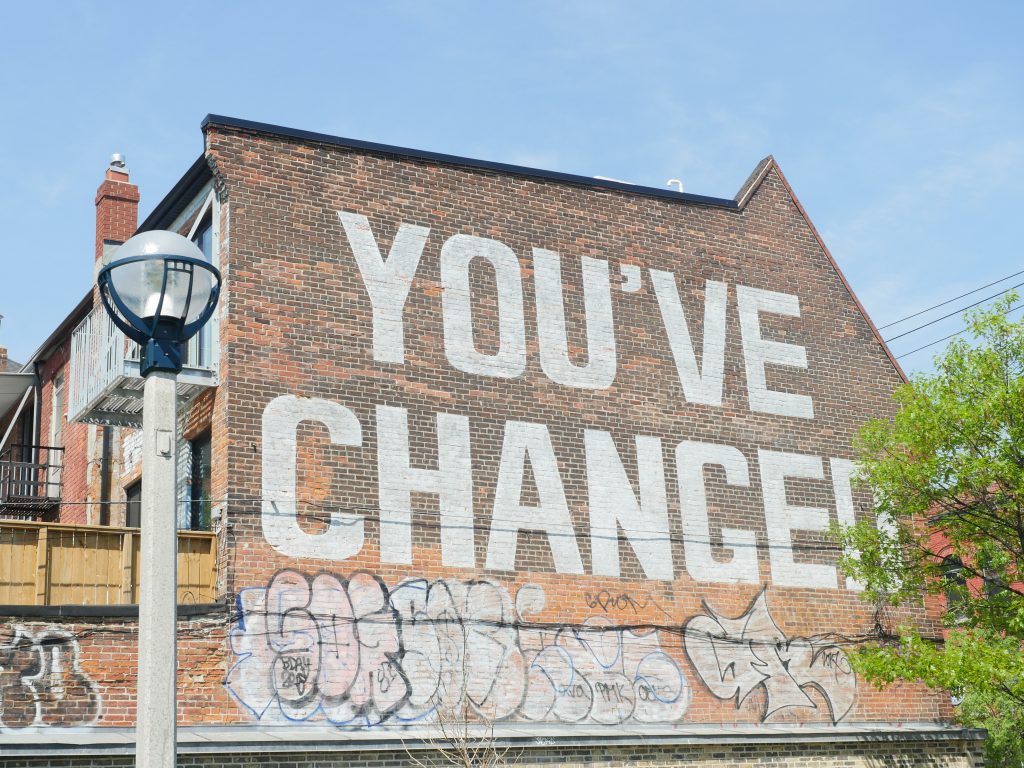 This could potentially refer to how Queen has become more built up and as a result more expensive, a key theme we explore in our project. 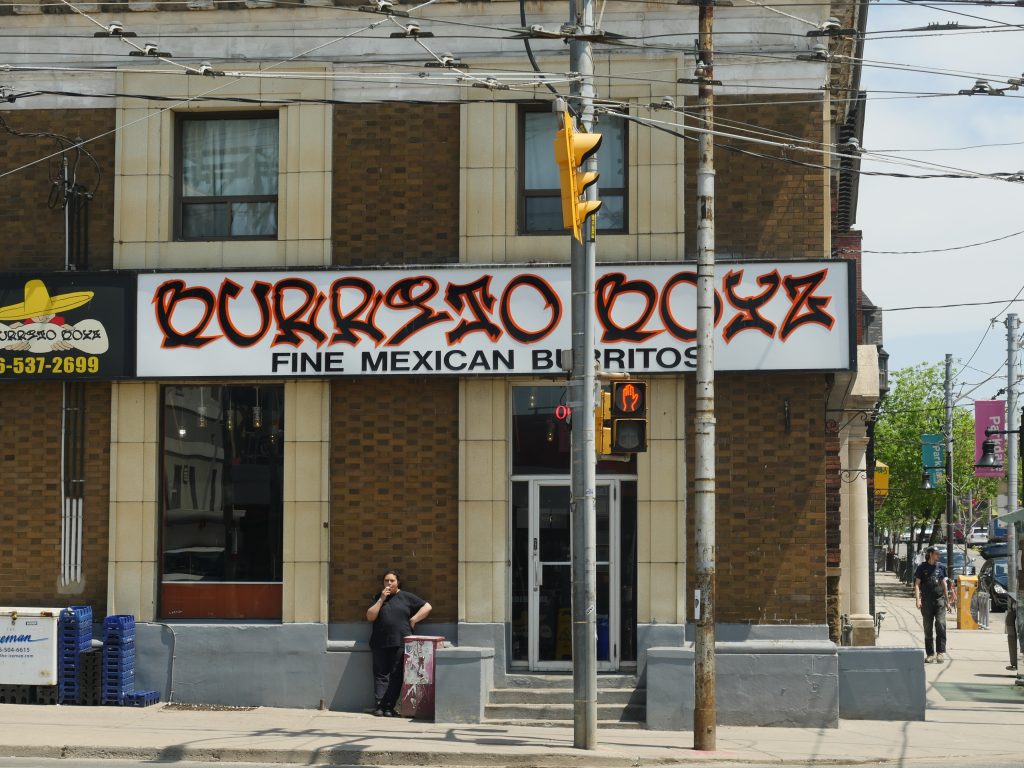 This Burrito Boyz was once the site of a store called First Convenience, a store likely driven out due to increasing rent. Though Burrito Boyz is a divine food option, it does not provide the same community hub that a convenience store can. 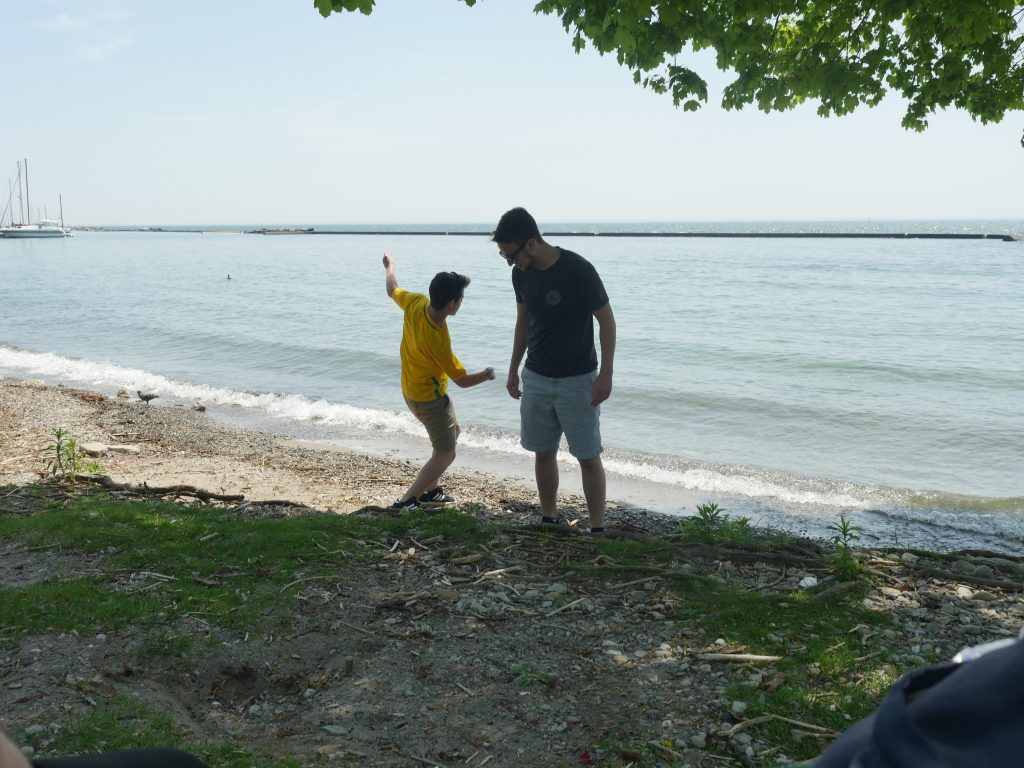 At the end of our walk, we decided to celebrate by hitting the beach, where we skipped stones and discussed our convenience store interactions. 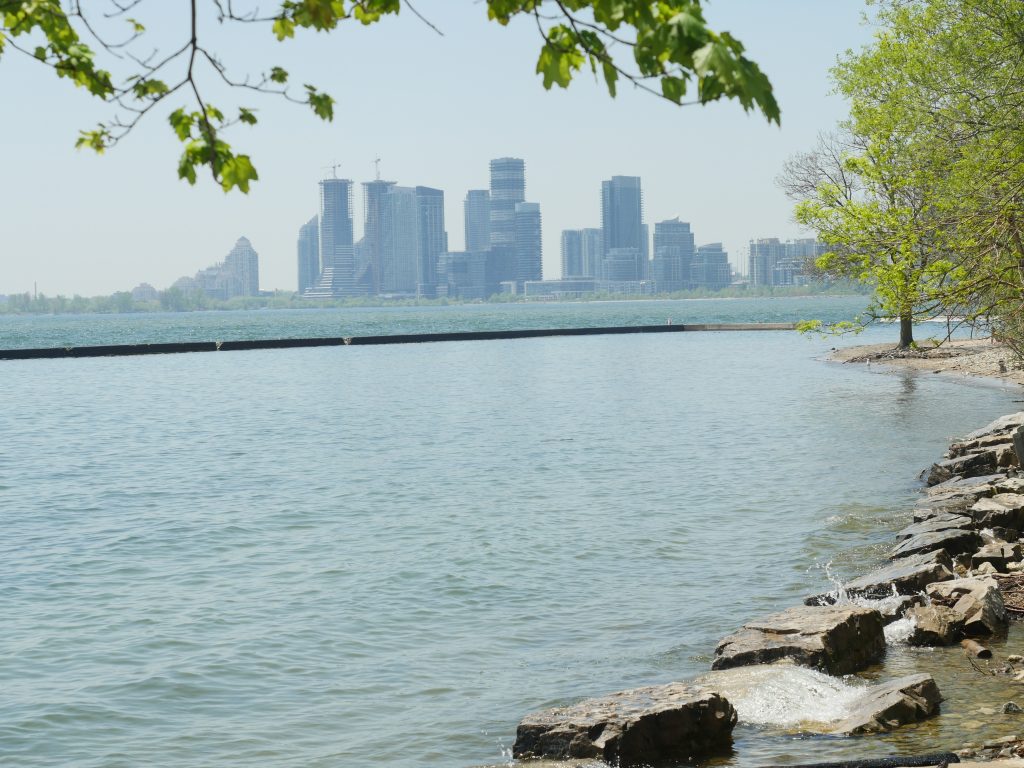 The beautiful view of Lake Ontario. 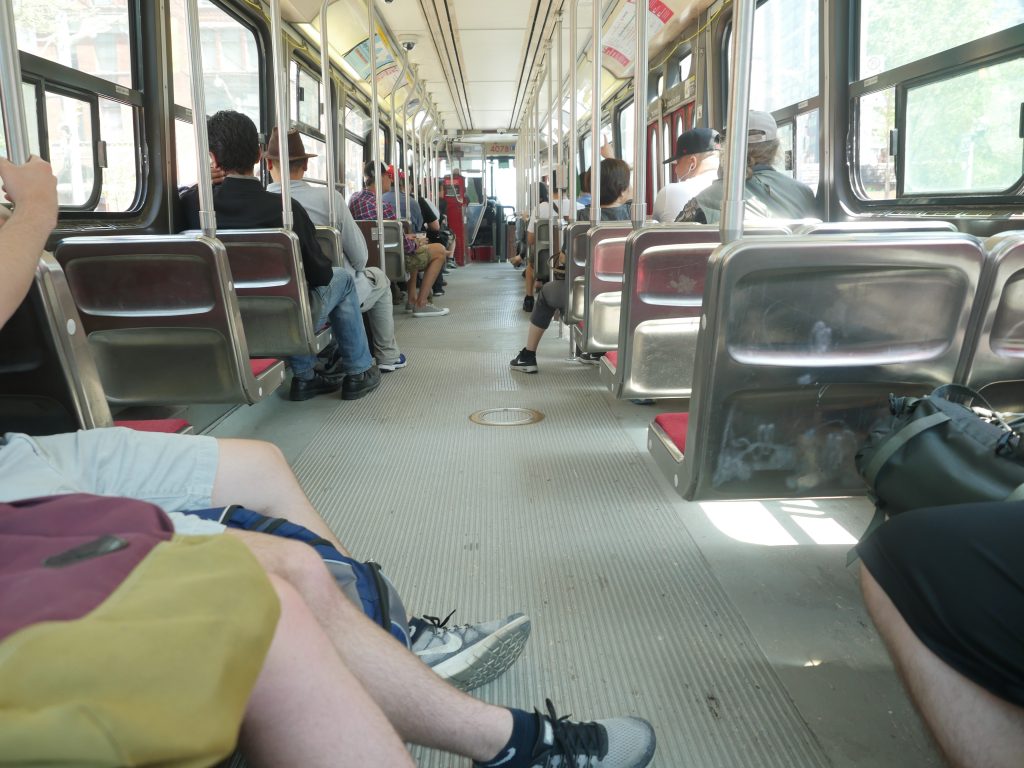 To cap off the day, we took the streetcar down Queen Street, allowing us to see the path we had previously walked.

Convenience stores serve as community hubs where people feel like they can get to know their neighbors, and not just buy a few basic items. These stores are being driven out by high rents and gentrification, which is hurting the general population in the long run. AR can be used to raise awareness for this issue and to help people, specifically landlords, to visualize what is really going on and to highlight the decreasing population of convenience stores in Toronto. If this product were to be further developed and refined, it could make a large impact on the livelihood of these small businesses and be the change that Toronto needs.