Terminal 3 is an Augmented Reality(AR) immersive storytelling work created by Asad Malik by using Unity and is exploring contemporary Muslim identities in the current political climate. Gear up the headset, viewer acts as a United States customs officer at an airport and questions a hologram passenger to decide whether he passes or not. 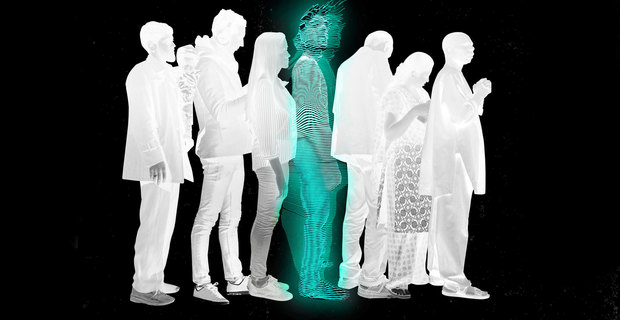 I quickly find Terminal 3 is quite different from other AR pieces which I experienced before. Normally, AR work does not require a headset as well as a voice-controlled system. But in this work, the viewer needs to use a Microsoft HoloLens headset and voice commands to ask one holographic character several personal questions at each scene. Also, the user has o stay in a small single room to experience this piece.

In the room, signs like Interrogation, Airport, Terminal 3, Customs are on grey walls. I sit down on a seat placed in front of the back wall and put on the headset. A screen is hung over on the front wall. The room looks like an airport interrogation room, so the visual setting leaves an impression on me, which makes me feel I become an officer. 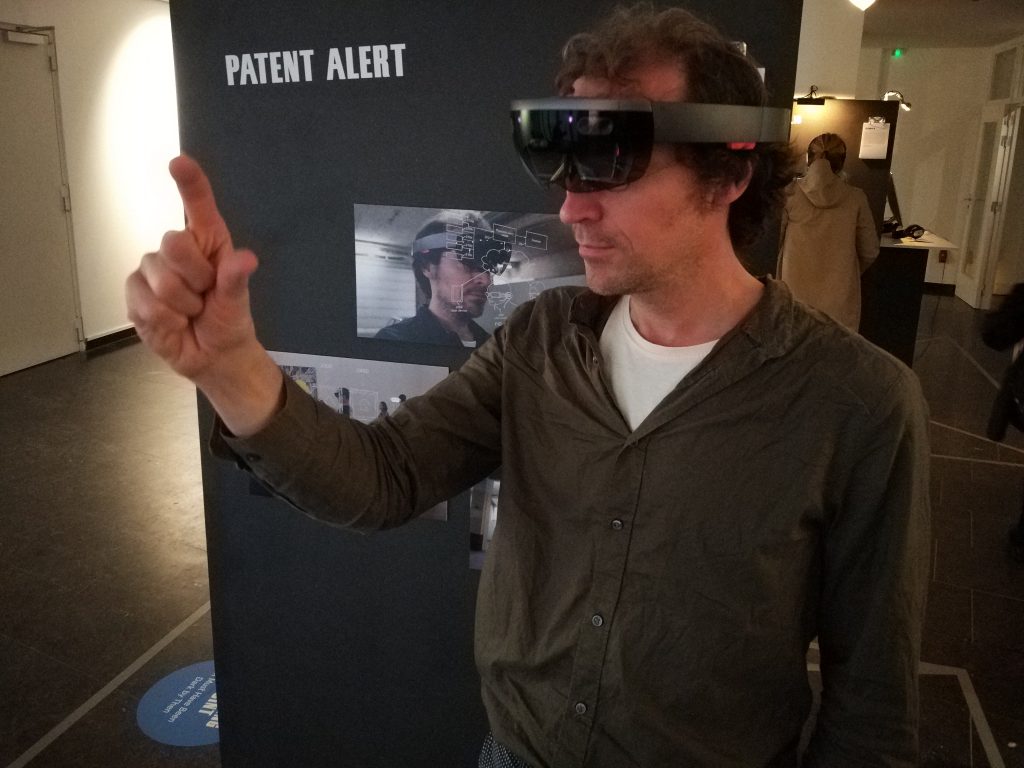 Watching Terminal 3 is quite a new experience. I am not isolated from the world even wearing a headset because the display screen of the headset is transparent. The visual world is overlapping real world, which means it provides the user a sense of reality.

A hologram female is stepping forward to me. At this time, two sentences appear on the screen: the first one is “Why you enter the United States” and the other is “Good morning.” I stare at the first sentence for 10 seconds. Nothing happens. Then I read “Good Morning.” The accuracy of audio recognition is good. But, if I naturally pause when I read between the words in a sentence, the voice system sometimes cannot recognize what I say.

There are two types of options are for a viewer to pick up. The first kind ‘s tone is the mild and neutral question, like where are your families?  Another one is harsh and somewhat offensive, for instance, do you believe violence can tackle the problem? I ask the female character several questions about her plan, occupation, and destination. I listen to her answers. In the end, I choose to let her enter into the border other than to send her to attend another interrogation. Terminal 3 provides visual, aural and interactive experience to make the viewer immersive experience the story.

The background of Terminal 3 is based on Malik’s personal experience with a customs officer at Terminal 3 in Abu Dhabi Airport as he said in an interview with website Gamebeats. He prefers using AR for this work because he wants to viewer feels this is real, not virtual. This kind of interrogation happens all over the world every minute, every hour, and every day. When there’s a hologram in front of a viewer, he can look around and can feel everything is real compared with watching a traditional documentary. Different viewers have different preferences on options. Some of them may act as a real officer while they are asking questions. Some viewers try to choose options based on their own thought. The work shows an interaction between the user and itself by providing different sentence choices.

The person, a viewer talks to, appears at first looks blurred like pixels style. But as the conversation continues, the viewer will see the character look like a real human. This change symbolizes and reflects the process of the viewer knows more and more about the character as he continues to ask questions.

This work is abstinent on using audio. I can only hear the voice when the character is answering the questions. This design accords with the real experience when we are at an interrogation center. At the most time, there is only “Question and Answer” exists between officer and immigrants. No chatting, little ambient sound. I can see her reaction to some harsh questions, like unnatural smiles. These interactions drive the plots. The viewer has to make a choice in every scene.

“We’re moving towards a world where individuals can create worlds for others to experience,” Malik said to Gamebeats. To me, Terminal 3 is more like a realistic role-playing game. Overall, I think this is a successful work to tell a story about the border interrogation. A viewer can get inspirations and reflections from this piece. More importantly, one person can act as another one, that means immersive storytelling has a new direction. As a tool, AR is possible and powerful enough to let the viewer experiences a story more deeply, comprehensively, and insightfully. 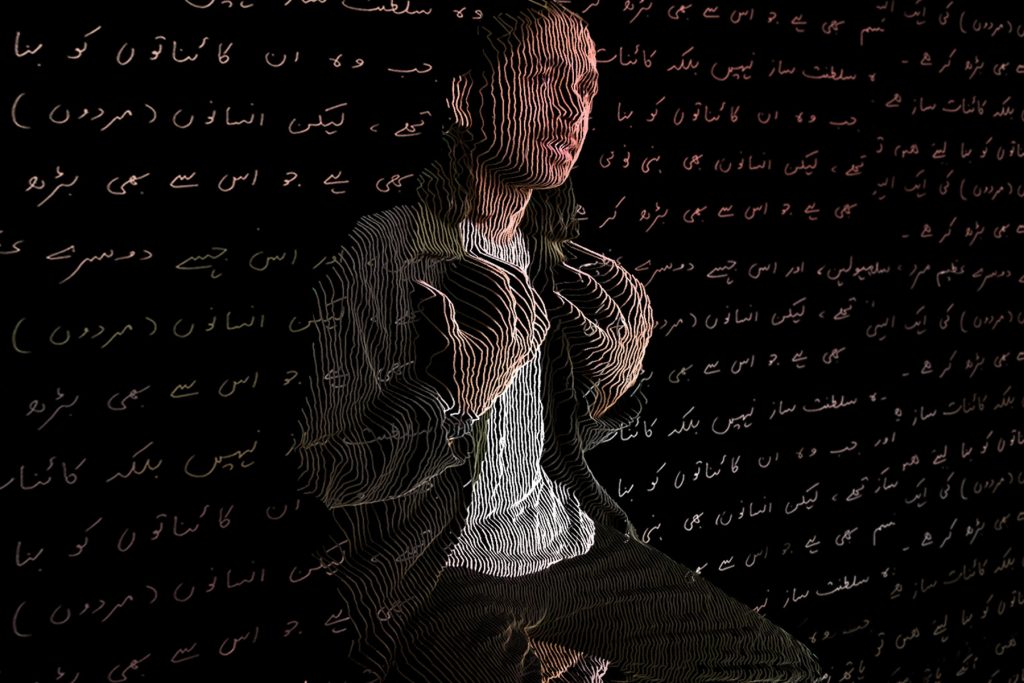