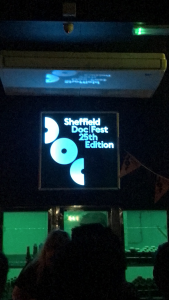 The time spent in Sheffield introduced us to a lot of different concepts that applied to our AR project and the idea of storytelling. Our project followed the issue with gentrification in Toronto and its effect on local convenience stores. Convenience stores are incredible community hubs that have a positive impact on the lives of many. However, rent is becoming unaffordable as demand for land increases. Rising rent rates are forcing many of these stores to close their doors for good. We created a great story and our time in Sheffield taught us how we could improve it. Our main takeaway from the Sheffield experience is the idea that the story is the foundation of the message we want to convey and the technology is the catalyst to the story. The technology enhances the message, but it cannot be used alone. Creating the story involves an iterative process of thought and collaboration, and needs to revolve around those who are impacted by the story.

The most important part of this experience is the story. According to filmmaker Ruthie Doyle, “The story doesn’t exist until it’s been experienced.” If the only focus is on the technology, there won’t be any substance, and the viewer won’t find any purpose to seeing the work. One example of this is in The Loss Levels, where Dan Hett depicts his story of how he dealt with the death of his brother, Martyn Hett, who died in a terrorist attack. The piece has a narrative, but Hett used the technology to the point where an uninformed viewer may just see an arcade game and not get the big picture. If there was more of a narrative and less of a call back to older technology, it would have been a much more effective piece. With our Convenience Stories project, the technology is fairly straightforward. It is no masterpiece, but it shows Queen Street and the sheer amount of convenience stores that have closed down over the years. The AR technology is nothing too fancy, and it provides the user with a simple way to view the problem and to understand the message without a big distraction from advanced technology. According to Dan Tucker, a project, “Doesn’t need to be polished. Just make it emotionally engaging.” This ties back to our AR project and describes our goal for the prototype effectively. The technology is there, and it definitely aids the experience, but there needs to be something the user can take away from the experience.

Knowing your audience is essential and must be figured out before you can start a project. After the story, the next biggest part of any project is the audience. Knowing the types of people that will be viewing a piece of work will drastically affect the type of work it is. Different audiences will yield different projects, ones that will better cater to the selected audience. It is important to cater to your audience when creating a project, even if that means you have to edit the story around a little bit. Joseph Campbell’s story structure involves our audience starting in the known, leading them into the unknown, and coming back to the known enlightened. In order to achieve this, the story and project may be altered depending on the audience you are thinking about. Alistair Aitcheson, creator of The Incredible Playable Show, an interactive comedy game show, talks about how knowing your audience is essential for any work to be successful. He also mentions how understanding and catering to tougher audiences is one of the biggest challenges of any work. For Aitcheson, the toughest audience for his game show is kids, as they sometimes have a difficult time participating in front of a large group, which is the basis for his show. For Convenience Stories, the tough audience is the landlords, which is also the audience we most want to view our work. In order for our work to truly be as successful as we want it to be, we want the landlords specifically to view it, as they are generally the cause of the issue and the source of many of the stories we came across. The whole point of our work is to try to make people understand the importance of convenience stores to their respective communities, and to try to save them from closing, but is not possible without a specific audience in mind.

When telling a story, the community around you has a great influence on the message that has to be conveyed. In the context of our AR project, the community was greatly affected by gentrification. We incorporated locals to help tell the stories accurately and utilize interviews to add a personal touch to our project. What we found out, however, was that the general populous was uncomfortable with the idea of interviews and were hesitant to be recorded. This was sharply different at the Sheffield Doc Fest, where everyone here was eager to interact with others. This was a great opportunity for us because we learned how to properly and effectively interview people. Going forward, we could reschedule times for community members that appeared to be too busy or hesitant to interview right on the spot. This could be good in giving yourself time to tailor an interview, and the interviewee the opportunity to prepare. Another lesson we learned from this festival is the concept of co-creating a story with community members rather than barraging them with invasive questions, which was communicated by Zahra Rasool. Community members should be used to guide the story and help craft the final message. In the future, it is important to avoid having preconceived notions about the members you are interviewing so the story is not affected as a result. Working with the community that pertains to your story is ideal because these members are able to give first hand experience of what you want to learn more about.

Good ideas for stories are not created immediately; typically for an end product to be successful, it needs to go many series of iterations and ideas. One important element of creating a project is failure. Mistakes will be made and shortcomings will occur. Rather than letting these failures restrict your work, it is important to use these as learning experiences and let them guide a new direction of your project. We learned the importance of failure firsthand through working on our AR project. When our initial project idea fell through, we were forced to scramble and think of a new project plan. However it was a good teaching experience, that not everything goes exactly to plan. Rather than how you fail, it is most important how you respond to failure, and we feel that the new project idea we took ended up being successful. During our first full day in Sheffield, Celia Pearce told us, when looking at works, to take notes on things that go wrong or may not be up-to-par, as they can serve as great learning experiences. While working with or looking at a work, it is so critical to look at its shortcomings. Even though it is important to address what works, there is no possibility for improvement without identifying mistakes.

A unique aspect of media is its flexibility. A story can be displayed in many different forms, such as through text, audio, or visuals. It can be said that the best media are those pieces that combine all these elements. In a discussion with Dan Tucker, curator of the Sheffield Doc/Fest, he stated the importance of not feeling the need to settle into a specific mode of media. As someone who had worked in many different roles, Tucker stated how he felt his multiple different experiences allowed him to become a more informed and whole media maker. The forms of media used should be decided by how well it fits the story, and it can be wise to combine multiple forms into one piece. This strategy was the basis of our AR project. For example, you could use the AR experience to read descriptions, listen to audio, and watch video, which we feel was a good way to combine many different ways of experiencing something into one form. 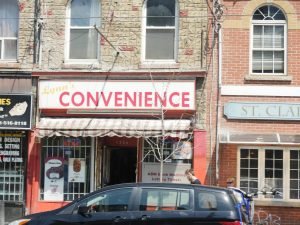