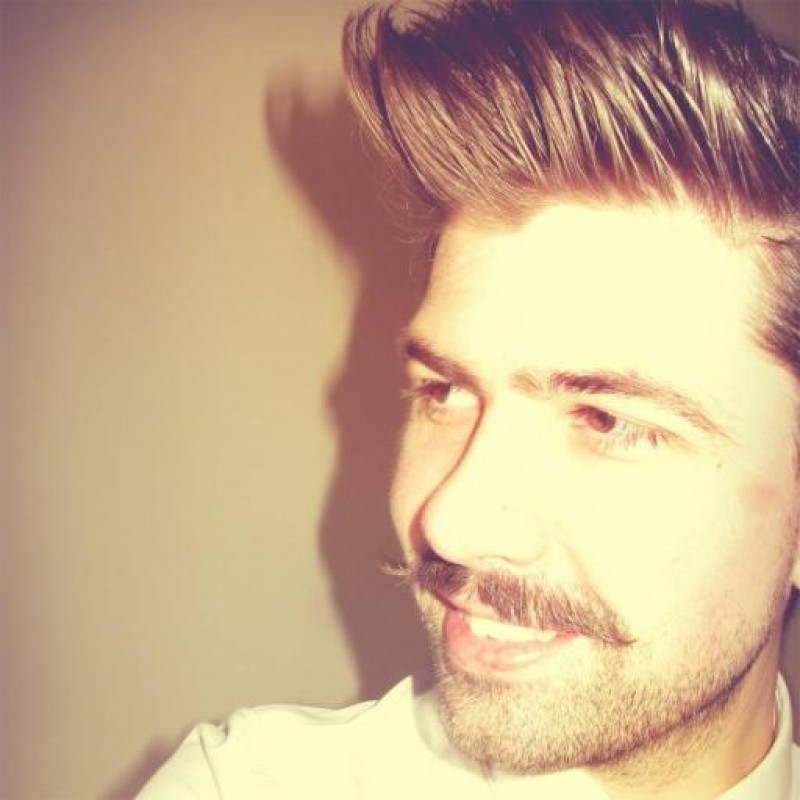 Aaron Bradbury is a short film maker who focuses on immersive media. He produced Vestige, a VR piece that talks about the story of Lisa and her late husband. 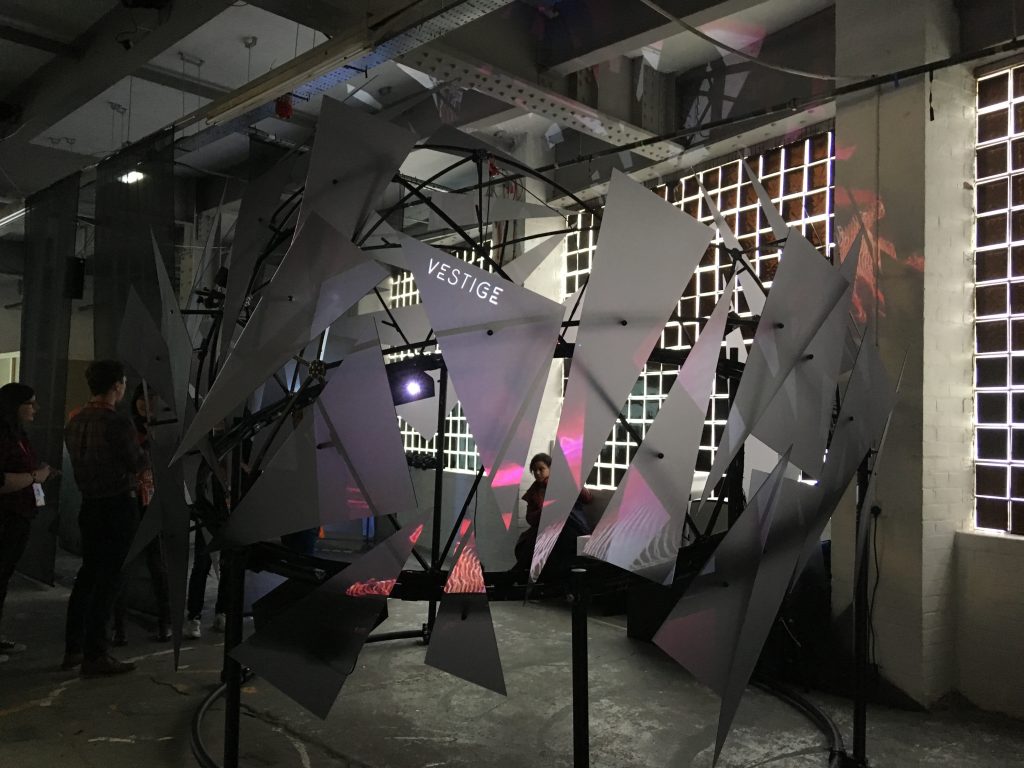 Erin Wang: Did you start the project based off of Lisa?

Aaron Bradbury: No, so the story started out as a fictional piece. I was invited to a thing called “Death Lab” in LA and for part of the two day workshop, twenty of us got together and developed a film idea. Originally, we had a fictional piece. I was talking about the challenges of writing [death] and how to be sincere while writing it. I needed to re-speak somebody who had that experience because I’ve never been through that experience myself. Jill from Kaleidoscope put me through one of her best friends who was Lisa. She [Lisa] needed someone to talk to and it was mutually beneficial to kind of discuss with each other. Her husband had died 6 months prior to that so that’s how I got put through Lisa. Initially, talking to her was for research but after like three interviews [the fictional story] turned into actually her story, which then became the story for Vestige.

Erin Wang: So you created this fictional idea first? How?

Aaron Bradbury: Yeah, it actually started with a piece of music. The music was called “Crashing Sphere” by a guy called Starkey. That was the probably like 2012 when that first idea happened. When I listened to that piece of music, it was like the most somber piece of music that I’ve ever heard and I just visualized this story that kind of was in the music to me. I remember like being at a friend’s house like trying to describe the story that kind of unfolds to the music.  I was like choking up with tears just trying to explain the story. [Originally], the song’s story is from an old guy’s perspective talking about about his lover that he lost when he was younger but [he was] still kind of being completely wrapped up in this one moment that she died. [He couldn’t] forget that one moment together and then that memory affected all of the other memories he had of her. So that was the original idea.

Erin Wang: Was the original music idea the reason why the style of this piece was all “sound wavy?”

Aaron Bradbury: No, that’s interesting however…a couple of people have talked about us being inspired by the sound waves but actually the idea of that is that it’s not a realistic representation of the memories. The idea that there’s a space to kind of put your own story into the people that you know into the worlds of Lisa and Erik is quite abstract. It means that [Vestige] becomes more of a global story and people are able to position their own experiences in some way.

Erin Wang: Why did you made this experience into a VR experience rather than a traditional film experience?

Aaron Bradbury: My kind of work has been immersive media or immersive filmmaking for the past 11 years. I’ve been working in dome spaces quite a lot and in other interesting multimedia installations as well. The previous film that I did before Vestige was called LoVR and that was a VR piece as well so it was kind of a natural progression. Like, my mind was already in that kind of world so I was trying to think of stories that kind of make sense in that space. It was more of the actual progression of my work…that was the reason that I chose VR. But at the same time, to me something that always talked about with VR is this intimate space that you have. By having people in the space that are close to you, you feel their presence in some way. It’s different than how you experience things in a flat screen movie. Like you look through this window into a different world and someone’s there in the space with you. You can walk around and you feel their presence in some way. The space just makes you be able to connect with them like on a different level. This story definitely has to be told in that space.

Aaron Bradbury: Not VR specifically but immersive filmmaking. I’ve done films that are in planetarium domes. We used multiple projectors to create an infinite canvas of the world. We were trying to understand how viewers navigate our space. Like, how to make a narrative or story sense in that space and you can look anywhere you want and that it’s not just a stationary environment, but one that you can move around and sort.

Erin Wang: Did you learn anything new from Vestige?

Aaron Bradbury: I think every project you learn something new. For this one, interviewing someone. That’s something I’ve never done before, like a full interview process with another person. [Another new skill] would be using real time software like Unity to actually create a real time experience. Like, thinking about all of the interesting ways that you can change your narrative based on certain variables from someone. When they have a headset, [we have to consider] how they move and how they look and think about how the narrative can change. We consider how you can enforce a narrative or modify it in some way depending on how they navigate their experience.

Erin Wang: What was the biggest challenge for this project?

Aaron Bradbury: To be honest, the biggest challenge was getting money. I feel like I spent just as much time writing proposals, speaking with people, and going to meet markets like Sheffield to try and get some funders interested in actually paying some money to put [Vestige] through production. There were creative challenges as well. Trying to understand how to make a multi narrative experience was probably the other big challenge and that one was is really memorable. I remember the moment it all kind of clicked together. I remember sending a message to Lisa and Jill saying like, “I figured it out, I know how I can bring all these memories together into one coherent story”. It’s not like hard work like hammering bricks or something but mentally; I thought about how to do the project a number of ways for like months. Trying to figure out how to put all of these stories together…that was a really big challenge.

Erin Wang: Do you have any advice for people who want to transition from traditional film to more immersive types of media?

Aaron Bradbury: Yes, I would say watch as much stuff as you can. Like, experience as much as you can in a film festival. When you watch everything that’s at this festival, you’ll start to understand what works and what doesn’t work in the space. You’ll build that catalogue of understanding within the space. When you want to create something, you can think about whether or not you want your project to be something that’s interactive like 360º video, live action, or CG. When you look that other’s work, you take some things away and say, “Okay, I didn’t like the way they did this or how they moved the camera in a way like this”. Seeing all of those things are the most important ideas before you start making something yourself. When you start to make something yourself, you have to do all this testing, and all the testing takes so long to actually do. So, just watch everything that you can that already has been done and then learn from that first. Then the next step is do something simple. Try and figure out what story you want to tell first, and what the simplest way of telling that story is. If your idea is really grand, like it has renderings of realistic people and places, probably think about how to change that experience in someway to make it easier to create.  As soon as you have a project that takes so long to build, it’s not going to be easy to experiment it. With [Vestige], part of the aesthetic is part of the idea. It’s also part of the technology that’s being used, like a symbol. I was able to experiment with it and try different techniques rather than spending ages and ages trying to make a final beautiful looking thing. I mean, it’s beautiful but it’s not realistic looking. It’s quite abstract but because of that, I was able to focus on storytelling part of it rather than being concerned with the final realism parts.

Erin Wang: If you had more time to work on Vestige, what would you improve on?

Aaron Bradbury: The beauty of doing something in real time means you can have an iterative process. It’s definitely experimental and it’s not so refined as some other stuff that I have worked on but one thing I really wanted to add was more scenery. I wanted to add scenery which changes as you look around, which represents the idea that the way Lisa remembers things has changed over time.  Over time, the beautiful memories that she has of Erik are tainted by her memory of his death in the hospital. During some of the beautiful memories, the more you turn around and look around, things would appear out of your view that were reminiscent of the hospital. It would start to build up almost subliminally. Like at first you see this beautiful scene of them proposing but when you look back at Lisa and Erik there would be some elements of the hospital within the scene that’s starting to build up and change that memories slightly. That’s something that I really wanted to add in that we couldn’t because of time.

Erin Wang: Is there any question that I should’ve asked that you would like to answer?

Aaron Bradbury: A tiny thing that I really enjoyed about this project was working with my brother. My brother is a programmer and when we were kids like we used to make like computer games together. I would do the visual parts of it and he would do the programming parts of it. Then we both went off in our own separate directions; I was doing filmmaking and he was programming games at EA. He left EA just before the project started and then we both converged. He did the programming on Vestige. That’s a little beautiful story that I like because it’s good working with him again.