James Newton is the director of Gun No. 6, a documentary on gun violence in the UK. It features a group of ex-offenders reenacting each time that the titular weapon has been used since the outlawing of handguns post-Dunblane school massacre in Scotland in 1996. This is interspersed with interviews with families of victims and the police. 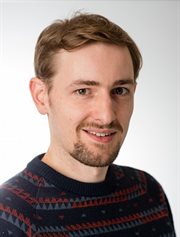 Alex Morgan: What made you want to create this film?

James Newton: Gun violence continues to be a problem in the UK, especially in the more populated places such as London. As gun violence continues to rise, we need to find solutions to this problem, and I thought that this film would be a great way to present the problem in a way that hasn’t been done before. The main idea I had before I even started making the film was to reenact past crimes using the gun. It wasn’t until later that I decided to use the group of ex-offenders to perform the reenactments. I just wanted a way to address an important issue that faces us here in the UK and I wanted to do it in a sort of unorthodox way, and I think the film really shows that.

Alex Morgan: Obviously the main focus of the film is the reenactments of past gun crimes. What made you decide to do it this way?

James Newton: As I said before, I wanted to address the issue in a way that hadn’t been done before. I ultimately came up with the reenactment idea because it is not only unique and new, but it also gets fragments of stories to form a wider picture. Although this film mostly covers decades-old crimes, it has a resonance with an issue that still hasn’t been resolved. And I think that casting a group of people who have been on that side off the issue coupled really well with the reenactments. It also gives viewers a chance to watch just how exactly this problem affects people everywhere in the UK. People will heed the message of this film better if they see something like the reenactments – something true that actually has happened – being performed and acted out rather than just using only interviews and facts.

Alex Morgan: You’ve mentioned how you used ex-offenders in your film to perform the reenactments. What made you decide to use them instead of just normal actors?

James Newton: One of the main focuses I had in mind for the film was to give an opportunity to people who have already come out to help others to learn from their own mistakes. When the men are allowed to just speak and live their truth it starts to get at something. You wish they were permitted the space to talk more directly about their own experiences than events that they weren’t personally involved in. But in taking a holistic approach to British gun violence it makes the case that these incidents of violence are the same. When confronted with police reports about the crimes in question, the names and specifics change, but the motivating factors are largely the same no matter who is behind the trigger.

Alex Morgan: What do you hope your audience will get out of this film?

James Newton: This is a film that neither sensationalises nor tries to blame the media/music for violence. Rather, it presents an interesting determinism vs free-will dichotomy every time someone is asked why these events took place. They talk about the lure of easy money, coming from estates. Some say they knew the difference between good and bad and made an active choice. I wasn’t interested in systemic racism or the particulars of the drug trade. I was more concerned with the psychology of the men in these moments, the obsession with power, the desperation to become someone else. One of the perpetrators constantly talks about the gun as in a constant conversation, ‘speaking to him’. The subject describes how holding his weapon would inform every interaction he would make. This is the kind of film that needs to be shown in schools, to large groups of teens at the same impressionable age. Showing this film will hopefully get the message across clearly, and I think doing so is key to solving the gun violence issue.