Review: Face-to-Face with A Story of Human Resilience

Approaching the labeled Face-to-Face installation within the Trafalgar Warehouse, I saw an incredibly large wooden structure, a box almost, stretching roughly ten meters long and a few meters wide. I was welcomed by a cheerful volunteer before being guided through a door on the side into what appeared to be a living room of sorts. Prior to my entry, I did have to complete a small survey asking a few simple questions, including selecting one of three items, either a cross, picture of butterflies, or a book. The helper instructed me to spend fifteen minutes in each room, of the three there were in total, and to explore the completely interactive environments. While he stepped back and stood idly, I began opening drawers and examining the several items within. There were newspaper clippings, notes, pictures, and several documents all pertaining to the same story – a woman by the name of Michelle Fox being terribly disfigured and at a loss of her senses as the result of a horrific gun accident. With my continued viewing of the room and its belongings, the entirety of the tale slowly came together; I realized the pictures upon the wall were Michelle and her children, both before and after the incident. Additionally, I began intently watching the TV in the center playing home videos of Fox and her ex-husband which frequently featured laughter and smiles. The volunteer soon moved across the room and opened the other door which had the look of a bathroom inside. I stepped through and was once again provided instructions, however this time I would spend my fifteen minutes with a virtual reality headset on. There were several headsets in front of me, each different in the replica prosthetic attached that all resembled Michelle’s, but I was to select only one. After a quick choice, I picked up a headset and began watching the VR video loaded up. I was in the center of a montage of 360-degree videos, some showing Michelle’s daily routine and her interactions with her family, others showing the visualization of how Michelle attempts to see the world given her blindness. The videos drew a close and I removed the headset to find a final doorway to pass through which lead to decorated kitchen. The volunteer sat me down at a small table with a monitor on top of it, which started to play a video specific to my decision at the very beginning, that being my selection of the cross. It was an interview-style shot of Michelle Fox herself thanking the viewer for their attendance at the interactive piece. Additionally, she spoke of her commitment to God which she attributed to not only her survival but her continued will and bountiful happiness. With the conclusion of this third and final room, I exited the installation and moved on to my next booking. 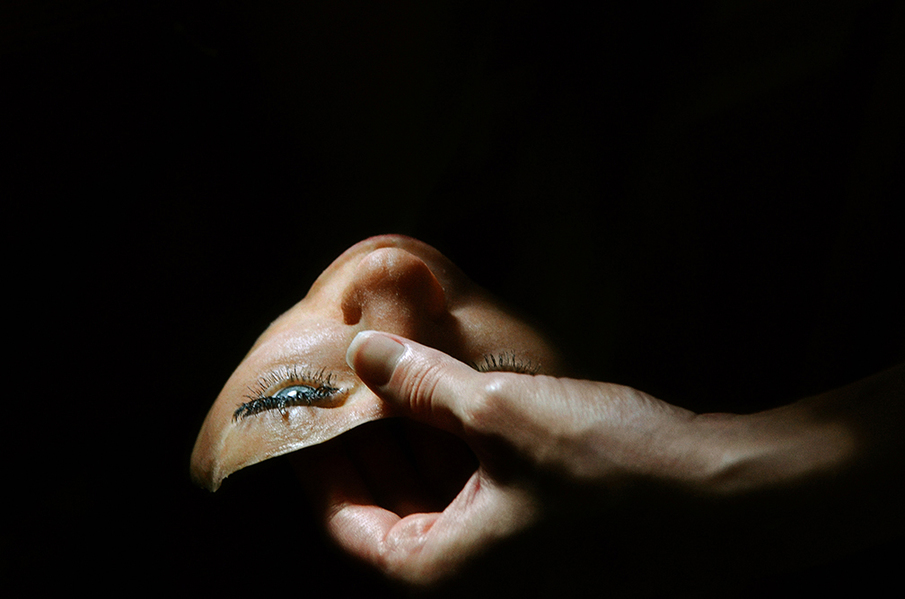 Face-to-Face approached interactivity in a way like no other pieces featured in the Trafalgar Warehouse, that being it was the collection of three physical rooms to explore, each with its own contents. Although it did contain a virtual reality headset video to view, this was clearly not the entire focus like the other works on display. The focus seemed more placed on the exploration of the physical spaces and the items left to touch, hold, and contemplate. This self-guided discovery would lead the viewer to the countless pictures across the rooms and foster their interest in the playing videos. Contrary to many other experiences, the demands on the viewer felt significantly small as they could view as much or as little as they wanted to in the fifteen minutes allotted for each room before being guided to the next. It was even stated before entry that the viewer may leave at any point for any reason, simply notifying the attending volunteer. The rooms, the kitchen, the bathroom, and the living room, each serve as a varied dynamic for the experience overall. The living room functioned to establish a setting of comfort and discovery, the bathroom provided a space of examination and intimacy, while the kitchen gave the sense of breath-taking interaction. It was clear from the start of the piece the objective was to gain an insight into Michelle Fox’s life, the stunning human resilience that emerged to allow for her current state of happiness and the remarkable forgiveness she gave to her ex-husband, the one who accidentally fired the gun.

One could extrapolate many rationales for why Michaela Holland, the installation’s creator, crafted the experience in the manner she did. Face-to-Face could be a message against guns, or even the advocacy of disability awareness; however, it is my belief there is a more singular motive. Simply put, the interactive piece focuses on Michelle Fox because Holland wishes to showcase the tragedy, pain, faith, and strength of a woman, a mother, a believer. From navigating through the several rooms, viewers can learn about the life of Fox and, more than that, her endurance and transformation following the events of Feb. 21, 2009. They see the damage one gunshot can do, but they also see the healing and resilience one human can have with faith in God and in the company of family. 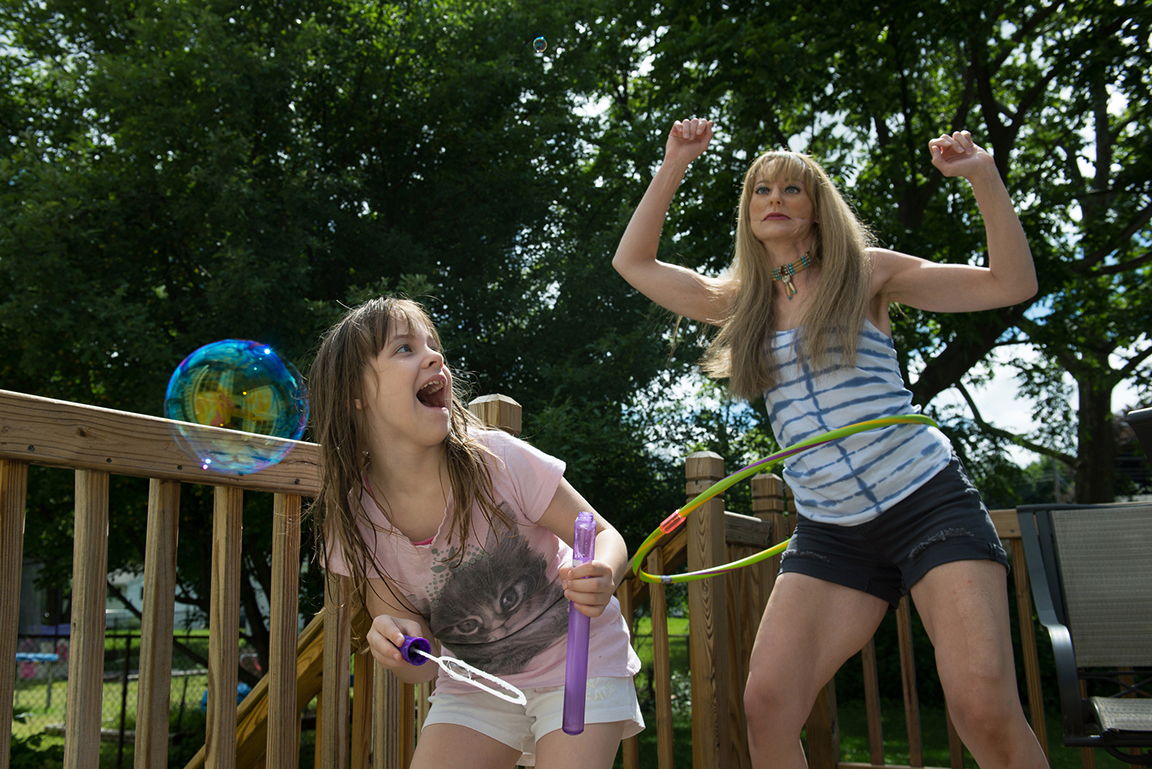 Michelle Fox and her daughter Maya

Stepping into the long wooden installation only a few days ago, I had no idea what to expect. I had heard very little about the experience besides the few extremely positive reviews from people who strongly encouraged me to schedule a visit. Never did I expect to ever be so moved in just a matter of forty-five minutes, but I left the work with a greatly changed mindset. This is no exaggeration, no “sugar-coating”, no efforts for a simplification; I genuinely feel inspiration, heightened faith (in both the goodness of others and God), and awe. The way in which the piece approaches such a traumatic event through self-guided discovery is such a unique attribute that sets it apart from all the other exhibits in the warehouse and in the doc/fest as well. Viewers, or “guests” as the Face-to-Face team says, are put in multiple environments which are designed in such a thoughtful fashion to establish the connectedness of being in one’s home and seeing into another’s life. Through some personal inquiry, the experience is adaptable for an unbelievably large audience, with modified versions for children, the deaf and audibly impaired, the blind and visually impaired, the physically disabled, the elderly, and those with previous gun trauma. Face-to-Face accomplishes everything that creator Michaela Holland originally desired it to, and I would testify for this without hesitation. By the creation of an experience incomparable to other works and an experience that is the closest thing to stepping into Michelle’s home and having an intimate conversation, I believe Face-to-Face was more than deserving of earning the Virtual Reality Award, determined by the Sheffield Doc/Fest judges.