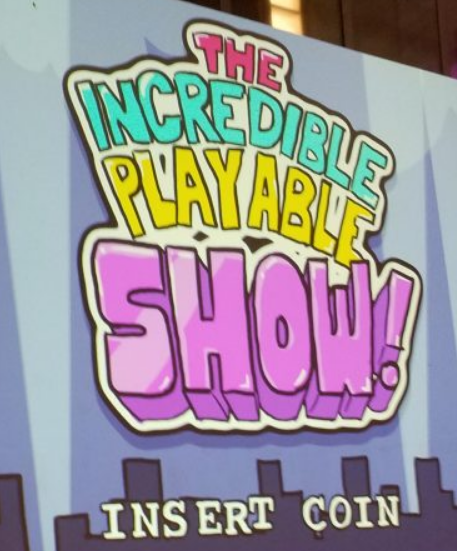 The Incredible Playable Show is just what it sounds like.  It is a show that you go to see, but also go and play. Each member of the audience is a player in each game in some way, despite there usually only being around 4 “players” per game.  During the showing that I saw, there were four games played. The first one, Match Me If You Scan, involved members of the audience wearing barcodes as the player runs around with a scanner, scanning people to play a matching game.  While only one person was scanning at a time, the audience helped by directing them to different people and remembering the matches. The second game, which the name of I cannot remember at the moment, involved four people acting as buttons to defuse a bomb.  The sequence you must use for the buttons was deduced by the audience, who all had different clues to solve the conundrum. People shouted out the colors of the buttons that needed to be hit, but there was confusion when two colors were shouted at the same time.  Next was Buoy Racing, which was similar to PacMan. Two teams, which were constantly changing, used scanners to scan codes on various items being thrown around by the audience to move along a grid to collect points. Finally, there was Power Team, which was a parody of Power Rangers.  Each member of the team was wearing a belt with a button it which corresponded to their color. The “Savior of the Galaxy” had to go around and push them in the correct order while each member of the team had to go around and do various tasks given to them. All the while, the witty commentary of the host Alistair Aitcheson kept us going.  The show was fun, energetic, and friendly.

The show banked on its interactivity.  No matter which role you had in any of the games, you were doing something to feel part of the game.  Every audience member helped in every game, whether it was solving the puzzles for the bomb squad or shouting out the sequence for the Savior of the Galaxy.  To top it off, each different interactive experience was very enjoyable. Even while being a member of the audience, I felt part of the whole game. The best example of this for me was Buoy Racing.  The players were standing up, searching around inflatable items to find the correct direction to scan, while the audience was throwing others around. They periodically had to get new items, which was an issue considering that they were flying around.  Being the agent of chaos in the game was a thoroughly enjoyable experience. On the subject of aesthetics, the games all followed a cartoonish, colorful aesthetic that worked wonderfully for the tone of the show. The colorful visual and goofy sound effects were perfect for the light-hearted nature and energetic games.  It used sound to tell you whether or not you were doing well, and if you were completing various tasks or not. The sound of the buzzer when you hit the correct one versus the incorrect one were vastly different for example, lending well to knowing if you are playing the game correctly or not. Overall, technically, the games worked very well, aside from the temperamental barcode scanners.  Some were working better than others, leading to some problems during Buoy Racing. However, these problems were both fixed and used for comedic effect later in the show. 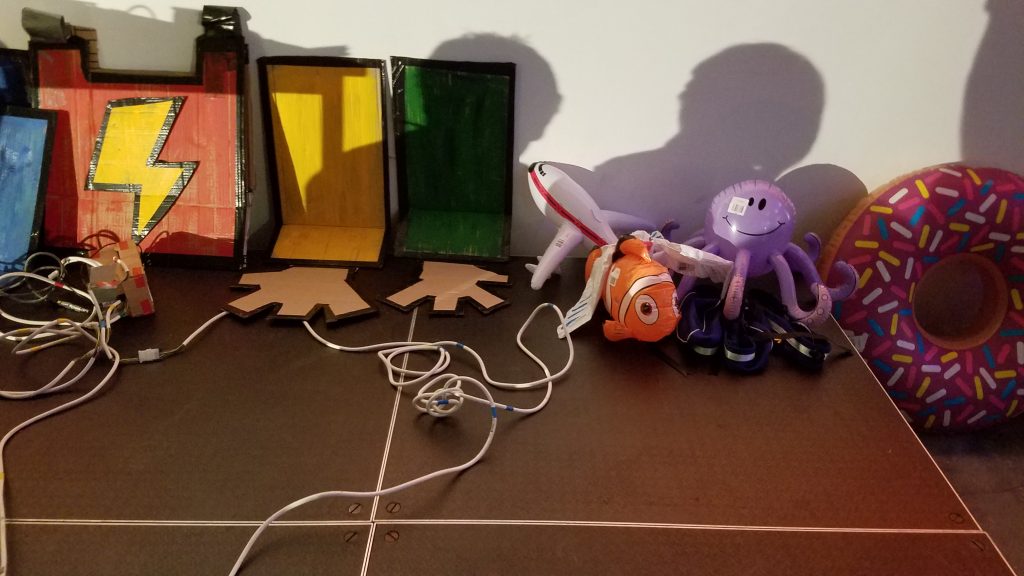 My experience with the Incredible Playable Show was one of amusement and enjoyment.  The time I had in the room was memorable and enjoyable. The energy in the room was very positive.  Each of the games was fun to lay, and kept my attention through the whole thing. During the first game, I was one of the audience members being scanned, and it was fun to try to guide the player to come and scan my vest to see what I would show.  There was one moment where the symbols being matched were various parts of the same map, which was incredibly difficult to discern the differences between. Yet, by luck and coincidence, the matches were all sitting next to each other. During the second game, I was one of the button pressers.  I was curious to how each of the puzzles were being solved, however, I was also constantly aware that not paying attention could cost the game. At one point, there were many colors being shouted at once. I developed a strategy to only press my button, the blue button, when I could very clearly hear that ‘blue’ was being called.  Otherwise, the uncertainty could cost one of our lives. I did not want to be responsible for a game over, which we ended up getting anyway. The third game, as I mentioned, was Buoy Racing. I ended up being a serious agent of chaos, throwing the inflatable objects all around the room. At one point, I played baseball with an inflatable pickle and an inflatable basketball.  The final game involved shouting the sequence to the Savior while also being buffeted by the bizarre tasks the Power Team had to complete, such as a survey and a game of hide and seek. The games were all fun and kept my attention.

Overall, the experience was one I would recommend.  Some of the comedy fell a bit flat in the show, but not every joke can be expected to hit.  Besides, as a true comedian would, when a joke fell flat, Aitcheson handled it very well and poked fun at that, which usually garnered a laugh.  As I mentioned the games were all incredibly fun to play and kept us engaged throughout the whole show. It was, in fact, and Incredible Playable Show.