Hidden in corner of Trafalgar Warehouse, The Loss Levels VR experience is presented as a retro-style arcade machine, complete with a joystick, control buttons, techno sounds, and colorful flashing lights. Upon pressing any button to begin, the monitor shifts from its initial home screen and starts the video game like narrative. The player is then guided through fifteen microgames, each with their own short objectives that last ten or so seconds. The overall piece takes about five minutes to complete and the games collectively explore creator Dan Hett’s reaction to his younger brother’s death during the Manchester Arena bombing back in May of 2017. Individually the microgames address separate issues of grief, from events such as the initial notice of death, the encroaching media press, and the ultimately difficult funeral. 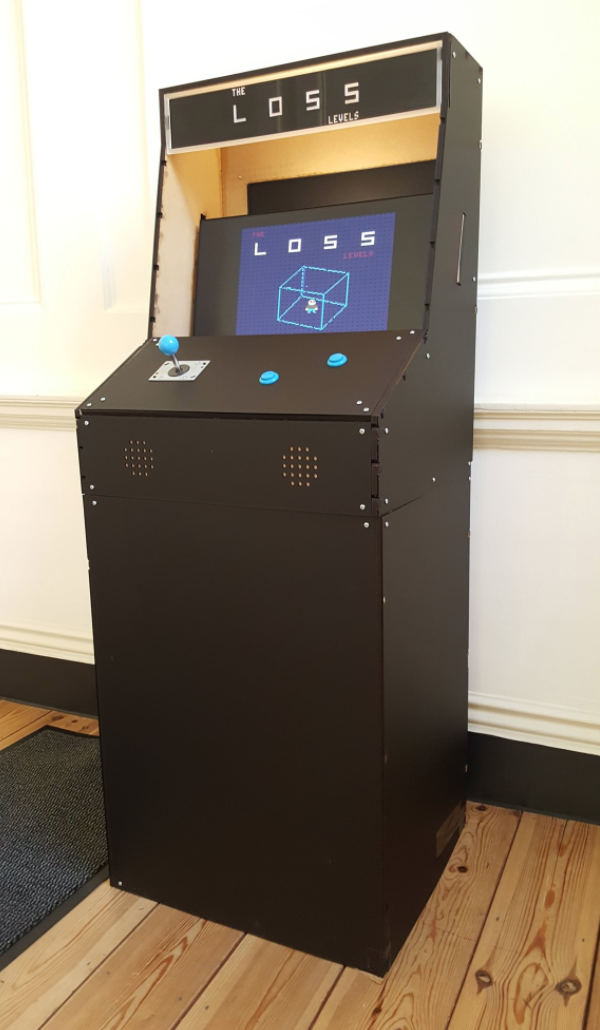 Dan Hett created the experience by constructing the physical arcade machine which featured distinct, easily identifiable controls. This aided in interactivity as it made it very easy for most people to play the game, given the iconic controls, which are simple nonetheless. The presentation of the actual piece draws many parallels to real arcade machines as the lights and music attracts players to interact with console and start the experience. Additionally, the game itself was made to be assistive; that being that the microgames will automatically complete themselves after a short amount of time, and the microgames are specifically made to not be challenging as well. This same delicate, careful approach to not overwhelm the user carries over into subject matter likewise. The Manchester Arena bombing is in no way a topic to enjoy, especially in the fashion of a video game, however Hett approaches this sensitivity by not focusing on the actual bombing event but instead his reaction to his brother’s death. Similarly, much isn’t said explicitly about the cause of his brother’s death, it is considerable abstract in the microgames.

Hett suffered an unbelievable tragedy with the unexpected loss of his brother during a heinous act of terrorism that affected the entire Manchester community. Stricken with disbelief, grief, and sorrow, like so many others, Hett struggled to progress with his life. He described the difficulty he faced at the Alternative Realities Summit, but more importantly he also mentioned the process of recovery. With this time of healing, Hett looked to vocalize his thoughts and feelings through the medium of a video game, given his background in video game design. The final product is a virtual experience that resembles an arcade game, but takes its players on a moving journey of emotions and coping. It gives insight into both the struggles Dan Hett managed himself with this specific incident, but also sheds light on the more complicated aspects of trauma in general. 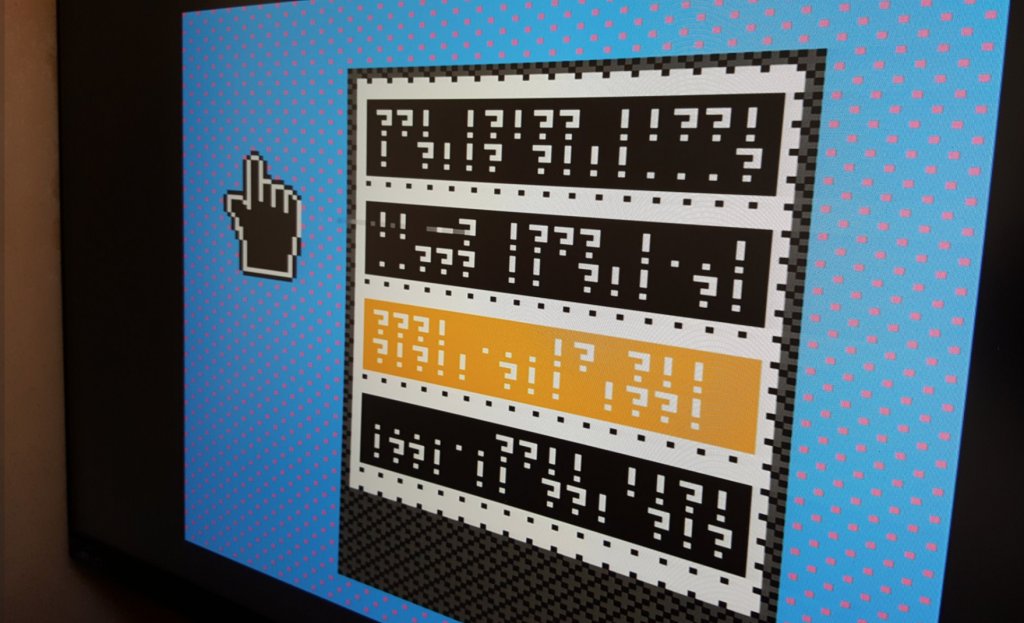 One of the fifteen different microgames featured in the piece

The Loss Levels is a remarkably unique piece that stood out from the several other works in the Doc/Fest; it dealt with an equally serious and challenging topic, yet it was presented in such a different, creative manner. After completing the experience myself, I had to take a moment to process what I had seen. I repeated the game a second time in order to fully observe the many elements of each microgame, whether that be smaller details or the connection between certain scenes. Similar to my response originally, I felt amazed that such a difficult topic could be expressed in the form of a casual-style video game. I remained continuously engaged over the course of the five or so minutes as a video game player, and simultaneously, I also felt captivated as a viewer of Hett’s personal matters. Without any hesitation, I would vouch for how beautifully crafted the experience is, being that in the short time it has with its users it still manages to leave an impactful resonating effect.