Porton Down is an interactive virtual reality experience based on Don Webb’s play “Mindrape”, which is based on Webb’s experiences as a test subject at Porton Down. The VR experience guides you through a narration by Webb, including sketches of the narration. Webb, in the military in 1953, was selected to participate in a series of tests for research purposes at Porton Down. There he was subject to cruel and invasive testing, including being harassed by researchers and taking an unknown drug that caused him to have hallucinations and paranoia. The piece has multiple stretches of interactivity, in which you are given a first-person perspective of the testing. You can see the researchers behind a glass panel, who give you directions such as “click the red button in front of you when it changes colors”. Towards the end, you experience the effects of taking the unknown drug, and reality becomes warped. At the end of the experience, you learn that the drug administered was LSD. You learn that Webb decided to write the play due to his emotional disturbance from the events, and that a class-action lawsuit was eventually filed against Porton Down. Upon taking off the headset, you are given a piece of paper that shows your statistics from the tests and a timeline pertaining to a variety of topics, including VR, LSD, and mental health. 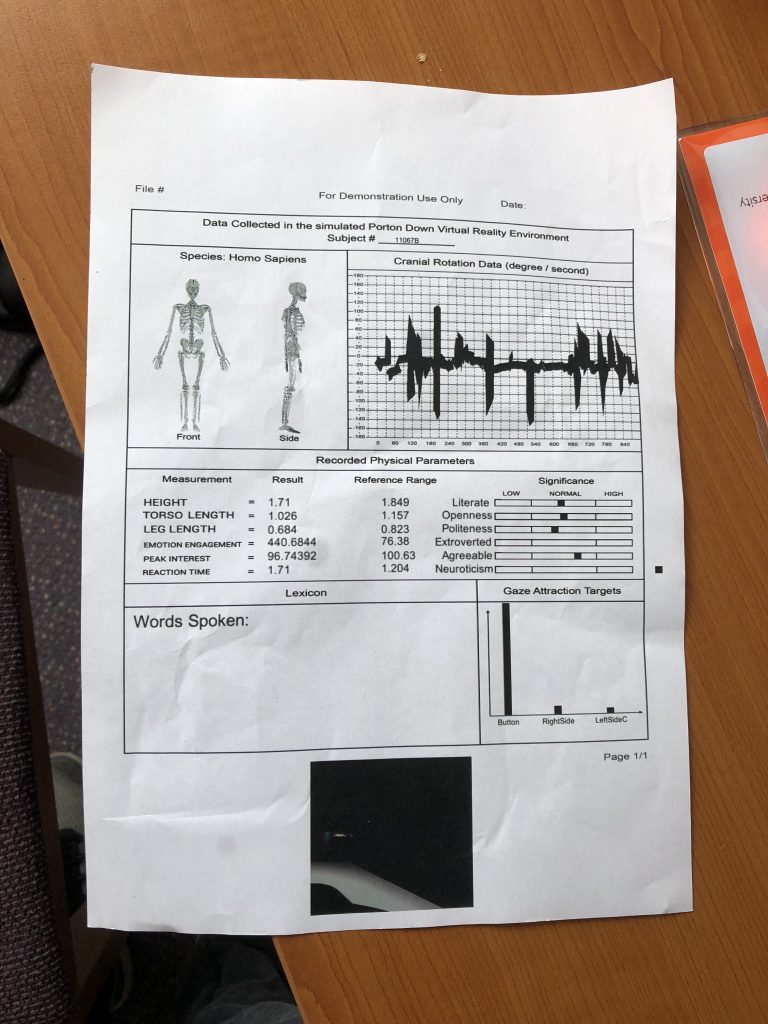 My results from the series of tests.

Porton Down successfully engages its viewers by making them participate in a series of tests, similar to the ones Webb had to go through. The interaction involved during the tests, such as hitting a button, provokes strong feelings of frustration and agitation. The researchers telling me that my reaction time was “slower than average” made me a little angry and motivated me to try harder, the same feelings Webb faced. Hearing Webb’s voice made the story authentic and helped create a connection to him. An unknown narrator telling Webb’s story would have been much less effective. Porton Down effectively plays with the viewer’s senses. For example, pressing a button, having spatialized audio, and being able to speak to the researchers made the testing experience seem more realistic. Porton Down made the tests little games within the documentary, which was a great strategy to keep viewers engaged.

The sketches were a simple and understandable way to visually display Webb’s experience. They showed what was necessary for the user to understand the story, and nothing to distract the user from the main purpose. The space around the VR made the experience seem more real. The volunteer running the project was wearing a lab coat, as if you are walking into an actual experiment. On the walls around the headset were framed excerpts of the subjects’ feelings during the tests. Reading through all of them helped gauge the common themes of fear, paranoia, and hopelessness that the soldiers faced. 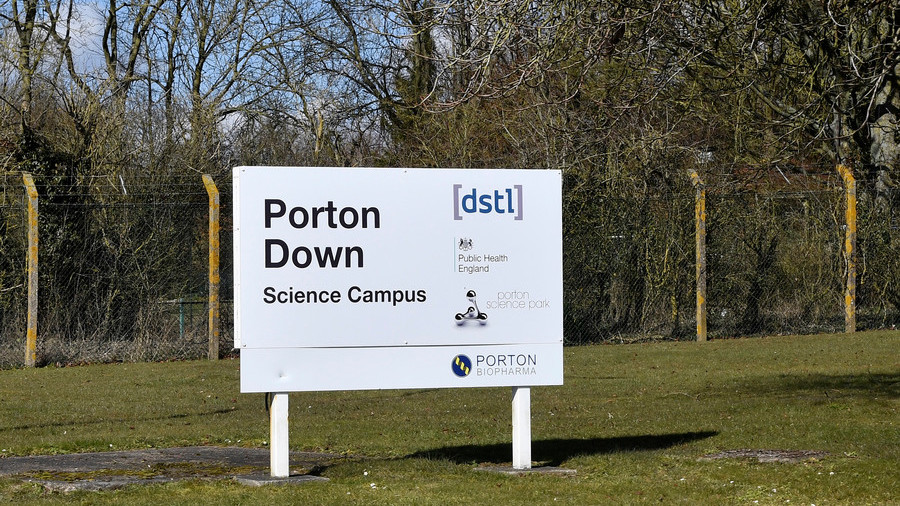 This is the site of where Don Webb underwent his invasive testing.
https://www.google.co.uk/url?sa=i&rct=j&q=&esrc=s&source=images&cd=&cad=rja&uact=8&ved=2ahUKEwib7pjt8dXbAhXIvxQKHcjnAxMQjRx6BAgBEAU&url=https%3A%2F%2Fwww.rt.com%2Fuk%2F423105-porton-down-revelation-skripal-may%2F&psig=AOvVaw3cCguzuWzNmtW6T8_Wr2Kb&ust=1529159669366443

The creator effectively shows the cruelty of the experiments, but the key purpose of the work is to highlight the dangers of manipulating emotions. On the provided timeline, many of the more recent events involved Facebook’s manipulation of users through “sentiment analysis”. For example, a 2014 Guardian article explains that Facebook “manipulated information posted on 689,000 users’ home pages and found it could make people feel more positive or negative through a process of ‘emotional contagion’” (Booth). By showing sadder material on one’s feed, the user can become sadder, while funny and upbeat items can make the user happier. Drawing a connection between Facebook and Porton Down is a great way to show the danger of emotional manipulation. Facebook users play the same role that the soldiers did in Porton Down; every Facebook user is a potential subject for experimentation. Using a past event to draw parallels to present events is a great way to bring clarity to a situation. People may not completely understand what Facebook does, but comparing their actions to unethical science experiments makes their actions more clear.

The work successfully displays Don Webb’s story and shows the dangers of manipulating people’s emotions. Porton Down’s focus on empathy is displayed by how it makes the viewer feel. You can understand agitation and emotional torment that Webb went through by hearing his voice and being a subject in the tests. Webb’s descriptive explanations of the brutal stories creates an emotional appeal for the viewer. The purpose of the project, to show the cruelty and dangers of manipulation of emotions, is clearly conveyed. Comparing past and present events is a strong way to highlight the dangers of Facebook, Instagram, and other social media controlling its users’ thoughts and emotions.