Sunday was the day we had all been looking forward to, the Alternative Realities summit. In the morning, I ate a quick breakfast and headed to the Crucible, a building containing a dark, womb-like room with red plush benches and seats. We were able to listen and participate in a number of intriguing presentations and events that considered the landscape and ethics of virtual reality (VR) as an emerging medium. 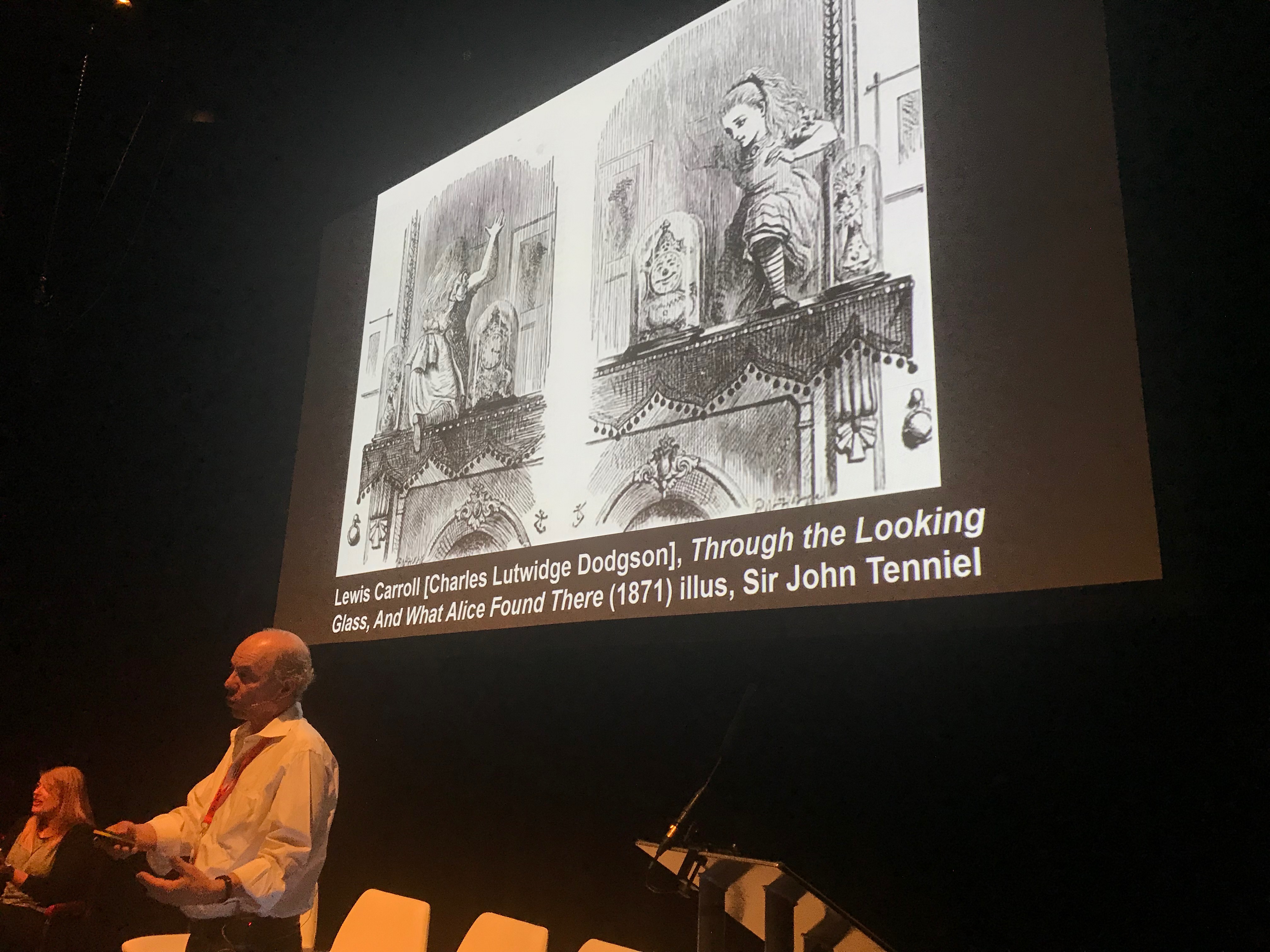 First up was William Urricchio of the MIT Open DocLab, discussing the way stories are changing and evolving through the use of algorithmic storytelling. He considered the metaphor of Lewis Carroll’s Through the Looking Glass, wherein Alice’s perception of the world and even herself changes when she crosses through the looking glass into a world that is near identical to hers yet still tangibly different. 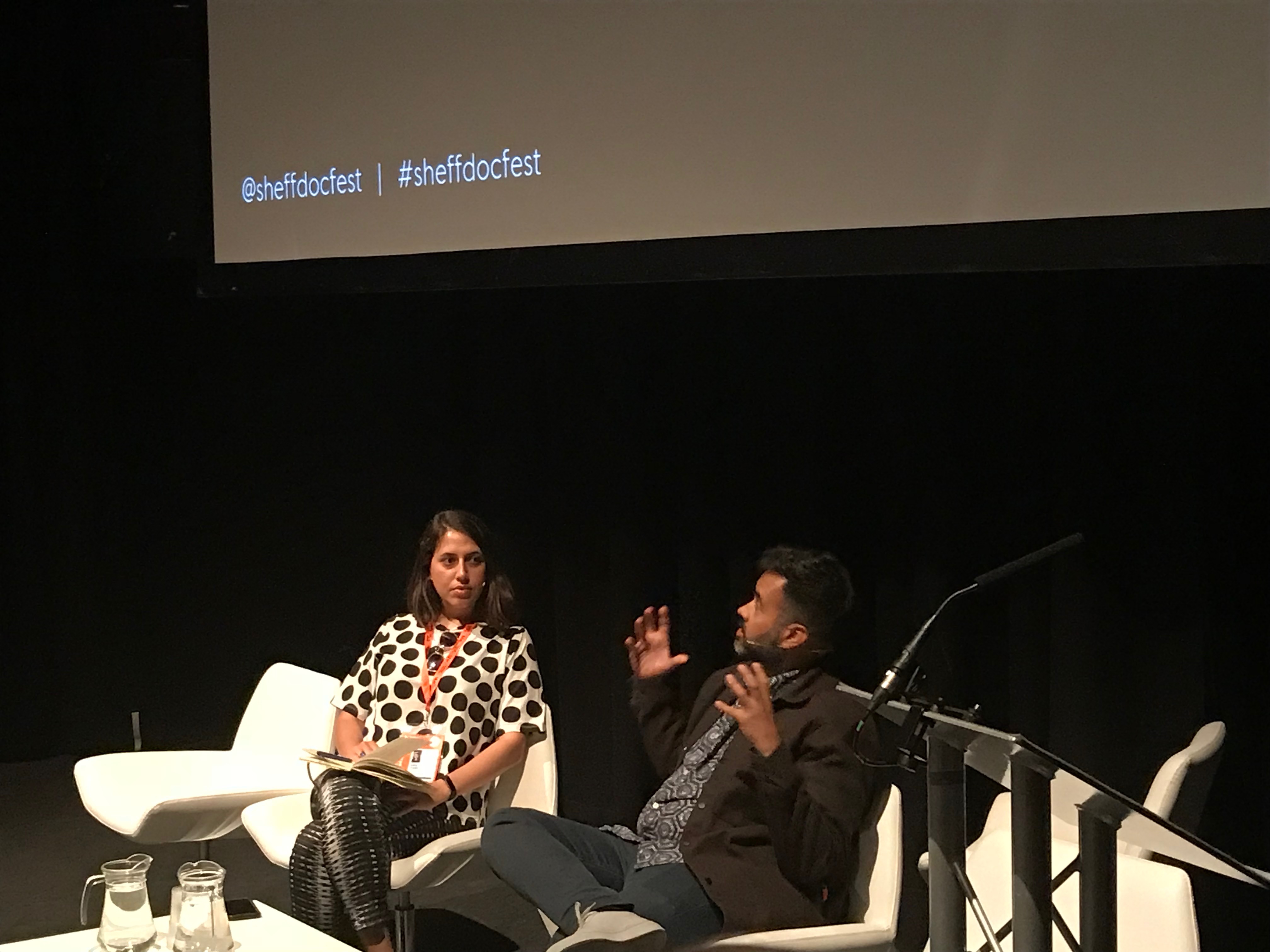 I was also extremely interested in the artists that were featured throughout the summit. On a panel comprised of Stu Campbell (Inside a Mind at War), Michaela Holland (Face to Face), and Dan Hett (The Loss Levels), I discovered a lot about an artist’s ability to use virtual reality and games to depict deeply personal stories as well as get across important messages, whether they be political, emotional, or otherwise. In addition, the Artist Spotlight on Gabo Arora, creator of The Day the World Changed, was incredibly fascinating; he mentioned starting his VR career unconventionally by using it as a tool for the United Nations. In his most recent piece, he partnered with ICAN (International Campaign Against Nuclear Weapons) to commemorate the victims and survivors of atomic bombings, especially the nuclear bomb at Hiroshima. Through his piece, users must bear witness to not only the trauma survivors of Hiroshima experienced, but also the history of atomic bombs testing throughout the world up until today. His hopeful conclusion may inspire many take up the cause, or at least walk away from the experience with a greater understanding of the issue. A lot of the discussions focused on the ethics of virtual reality and the responsibilities of the industry and virtual reality creators to create authentic and diverse stories. 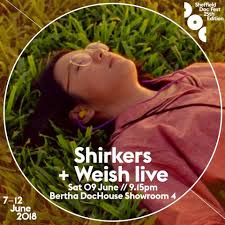 After the summit ended, my day was not done. The day before I attended a screening of Shirkers, directed by Sandi Tan. The incredible documentary was the culmination of a decades long unsolved mystery from Tan’s past, wherein an indie film she and her friends made as teenagers in Singapore was stolen from them by their friend and the film’s director, not to be recovered until after his death. The film was followed by an energetic Q&A and a concert by Weish, the vocal loop artist whose vocals were sampled throughout the film. This film was extremely touching and inspiring to me, but I was too nervous to approach Tan after the screening (despite lingering around the venue for a full thirty minutes after it ended like a loser). 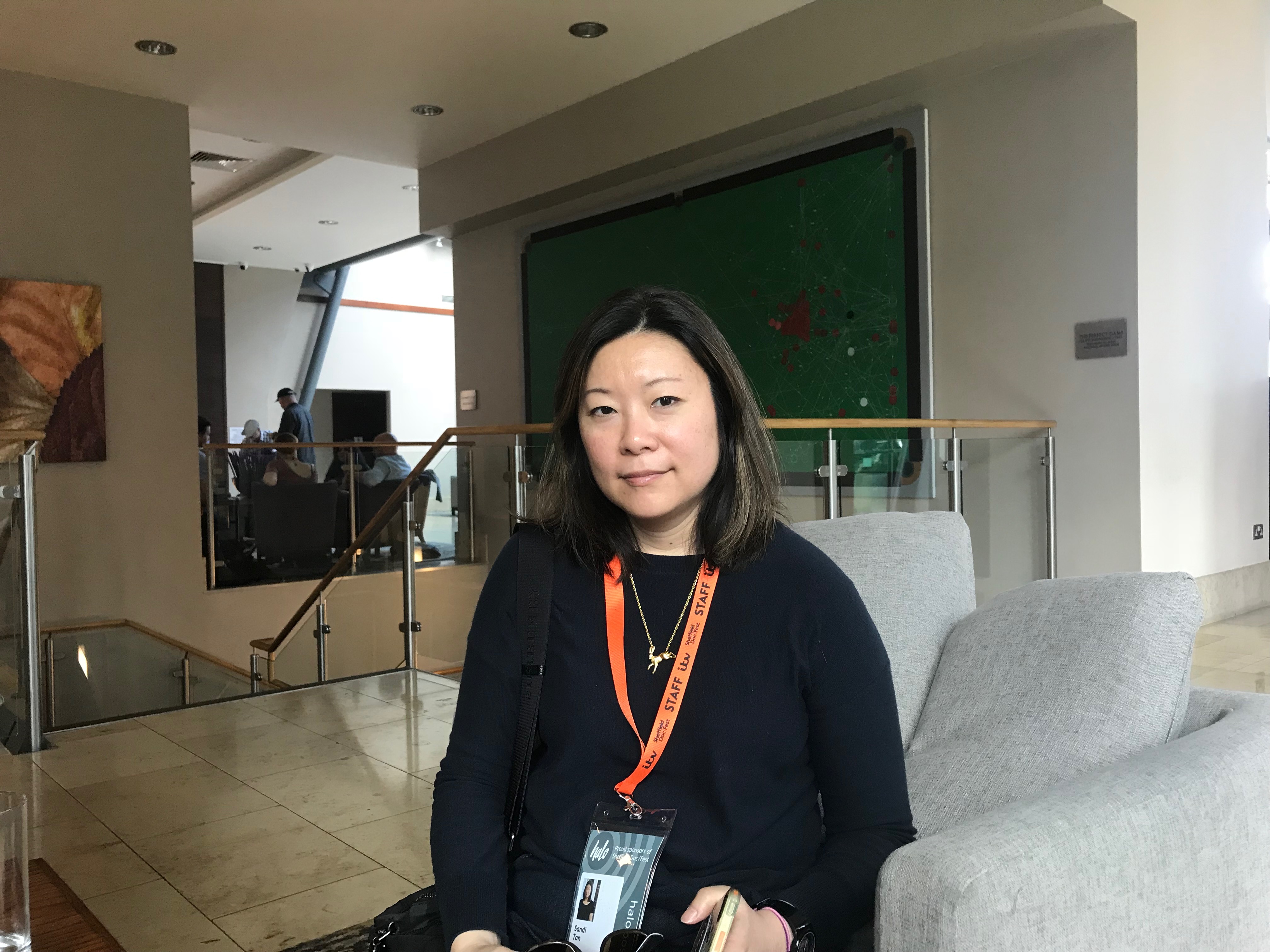 Sandi Tan, director of Shirkers and all around coolest person ever

I was able to reach her through Facebook and shyly requested a brief meeting if she was available after the summit. To my surprise, she was willing to meet me when the summit ended! I left the summit the minute it ended to meet with her, but I didn’t realize she requested to push back the meeting for half an hour, so I ended up reading a novel in the lobby. We started talking, first about her film for the interview, then more personally about both my life and hers. She even inquired about the book I was reading and we delved into a passionate conversation about “grounded sci-fi” and virtual reality, a field she was actually fascinated by! I left the interview incredibly pleased and excited about having met and had such an amazing conversation with a director I admired so deeply. Later that day, she even posted on Instagram about our discussion, which left me speechless and smiling from ear to ear. 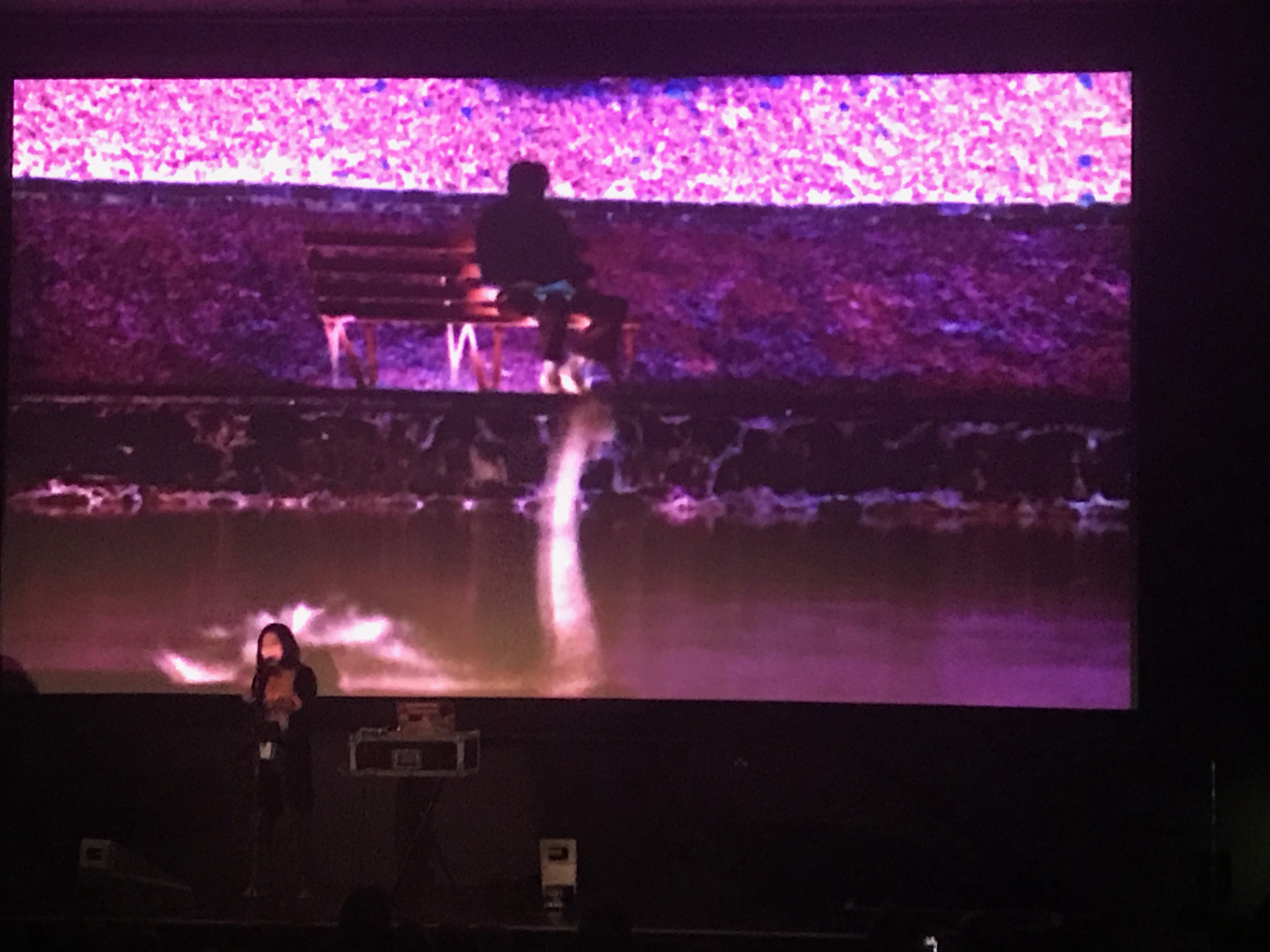 Weish, a live vocal loop artist, performing after the premiere of Shirkers. She is performing over back-projected clips from the film Tan and her friends made as teenagers. It was so beautiful!