Day 2: Getting Lost in the PATH

After eating a hearty breakfast with a cup of tea, I started today off letting myself get structurally lost in the undergrounds of Toronto. Our assignment for this morning was to wander around a particular area in the city with a partner while creating a map of our route as we explore. I got assigned to the PATH, the underground pedestrian walkway that connects over 50 commercial buildings in downtown Toronto.

The most important thing I learned today is that the PATH has the least intuitive and most confusing wayfinding system I could ever imagine. For one, the system is filled with multiple dead ends and I found myself often retracing my steps just to stay in the PATH.  The signs are not uniform, destinations are impossible to locate, and there’s no proper map of the system located anywhere (other than online, it seems). I ended up with quite the discombobulated map. Despite my frustration with most of the design decisions in the PATH, I very much enjoyed the actual dérive; I found wandering without a destination in mind to be very therapeutic and it allowed me to get to know the city in an unconventional way. 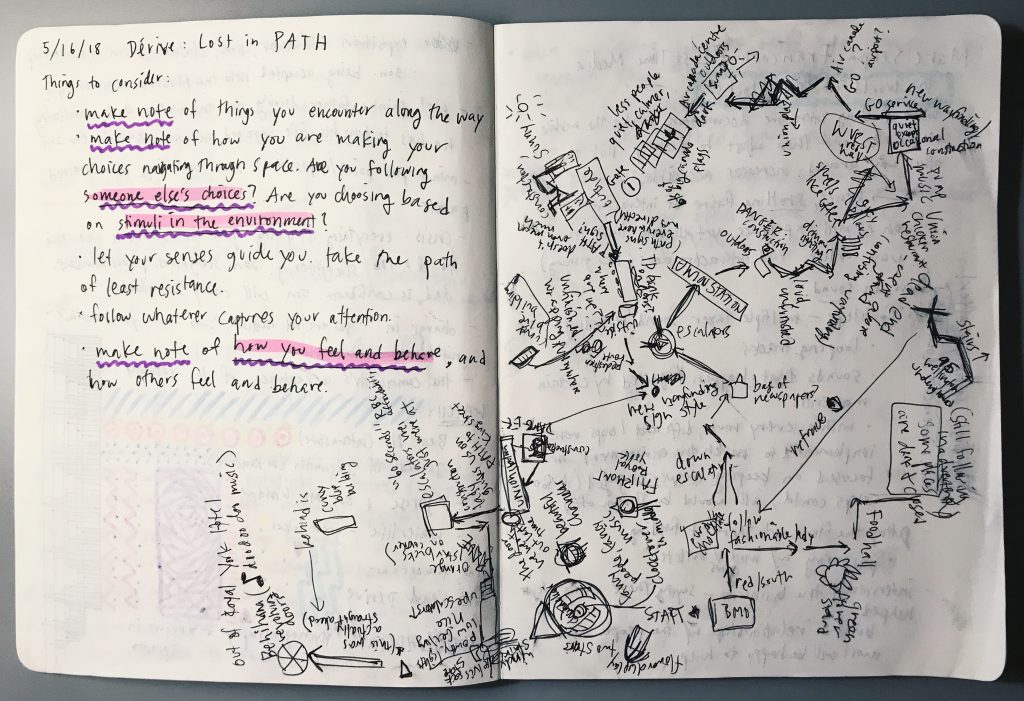 I had a little time after my dérive before our afternoon class and it was a beautiful day, so I walked down to Harbor Square Park and did some people watching by the water. There was an art installation in the park of a giant camoflauge-colored picnic bench that people could climb onto and I spent a bit of time sprawled out on top, enjoying the nice weather. 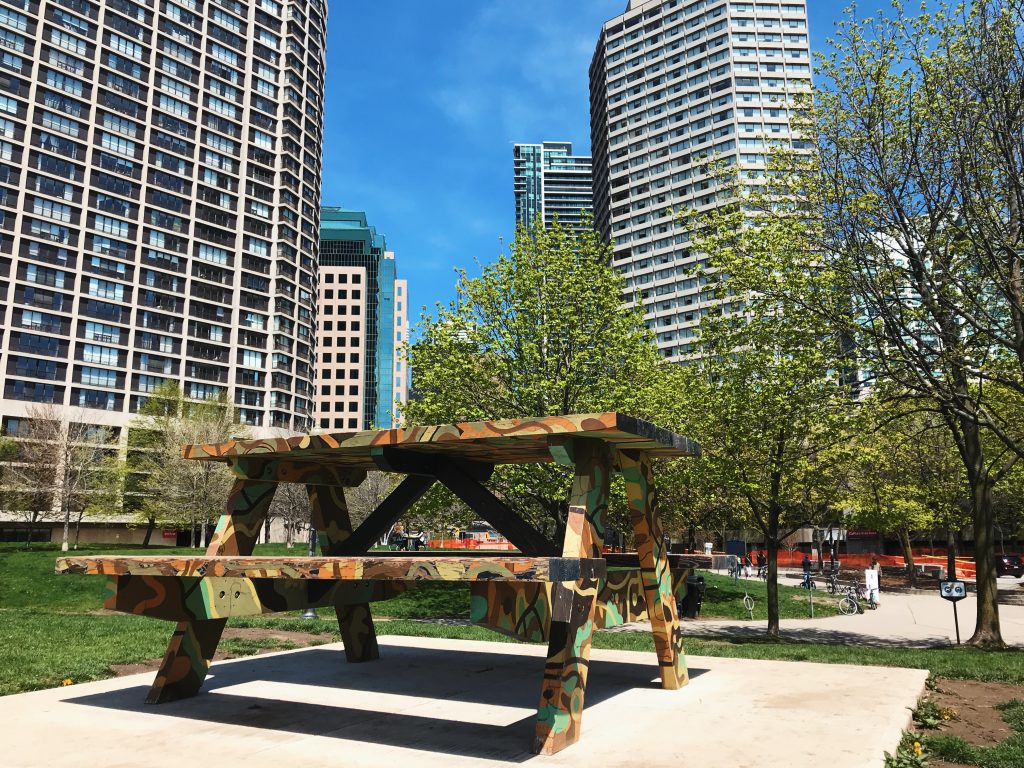 In the afternoon, Marc Serpa Francoeur from Lost Time Media spoke about the creation of his interactive documentary The World in Ten Blocks. This was actually the documentary I viewed last week as part of our Week 0 pre-departure activities, and I was very interested in hearing him explain the process behind creating the documentary. I remember being particularly intrigued with the i-doc’s use of audio, and he explained how he created the immersive experience using multiple layer sound recording: looping background audio tracks and having certain sounds be triggered by particular screens in the visual. For each route in the narrative, different loops were implemented to match the environment and keep the viewer engaged.

It feels like we’ve been here for a few weeks already with all that we’ve done, but that’s all from me for today! ‘Til next time…