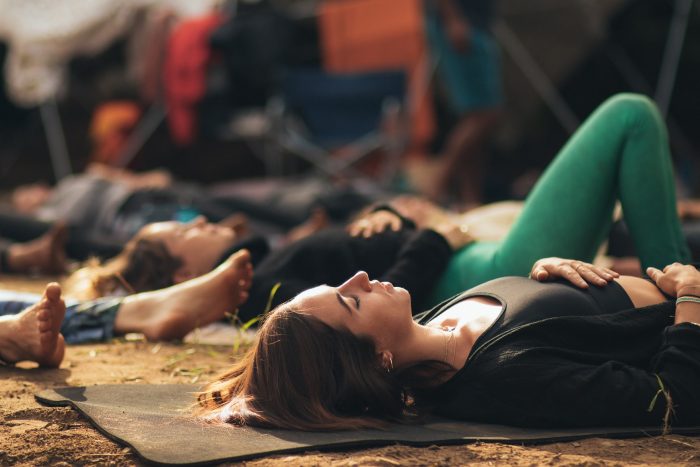 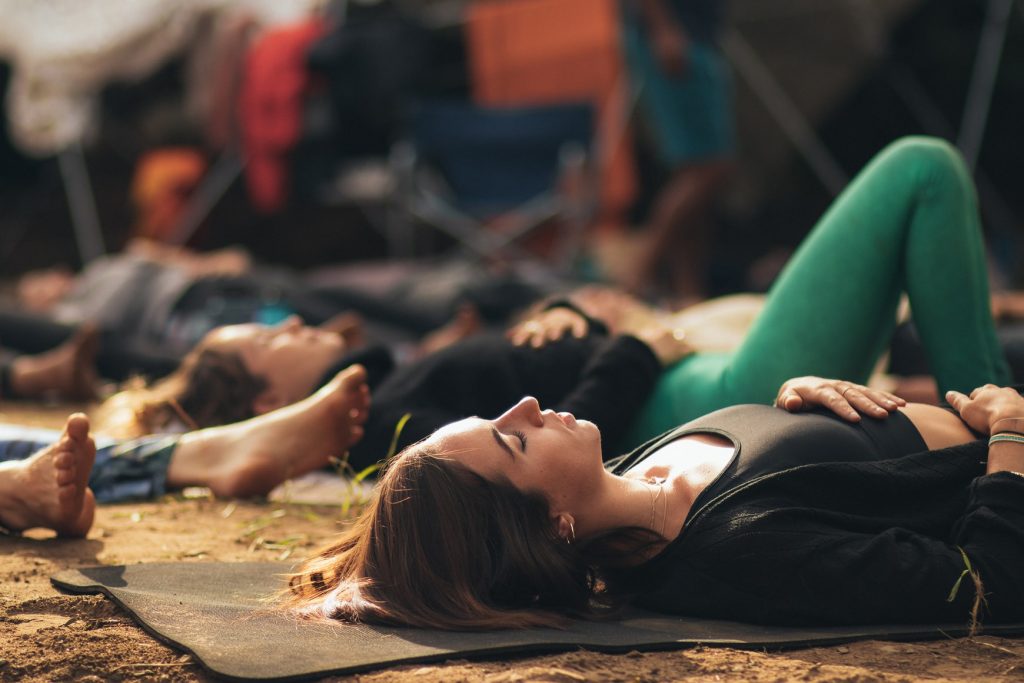 A few years ago, I took up the regular practice of meditation. Sitting in a quiet room, outside at a park, or on the train to work, I would assume an upright relaxed position and focus on my breath. The practice was not about making my mind empty or blank but simply letting my mind be at rest.

As thoughts or feelings inevitably arose, I would observe them without judging them. For example, if a thought about the need to finish a column for this magazine popped into my head, I would silently label the thought “worry,” before returning to focus on my breath. I learned, as psychologists describe, that the contents of my conscientiousness could be observed, and that the accompanying emotional reactions to them were seldom grounded in reality (Brown et al. 2007).

After several months of daily meditation, I noticed significant benefits. Meditation seemed to slow time down, enabling me to live and work in the present rather than worry about the future. I was quicker and more adept at recognizing how unrealistic expectations or unfounded worries were causing unnecessary stress. My sleep and mood improved. I felt happier, more content, and more at ease.

Inspired by my own experience, I began to read widely on the history, philosophy, and science of mindfulness. The story of the movement’s origins, the process by which it has gained scientific legitimacy, and its rise to popularity among well-educated, affluent Americans is fascinating and revealing.

With its roots in Buddhism, meditation is used widely by health professionals to treat depression, anxiety, post-traumatic stress disorder, pain, insomnia, eating disorders, relationship problems, and other conditions. Professional athletes use meditation to improve their performance, as do CEOs and Silicon Valley programmers. Meditation is similarly taught in schools and colleges as a way to help students (and teachers) better regulate their emotions, to improve concentration, and to manage stress and anxiety (Harrington and Dunne 2015). 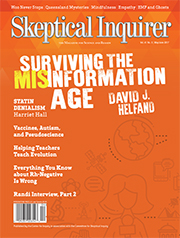 This article appeared in the May/June 2017 issue of Skeptical Inquirer magazine.

The concept of “mindfulness” traces to the Pali words sati, which in the Indian Buddhist tradition implies awareness, attention, or alertness, and vipassana, which means insight cultivated by meditation. But as the University of British Columbia’s Jeff Wilson (2014) detailed in his book-length study of America’s mindfulness movement, similar breath-attention techniques are found in Tibetan Buddhism and in the Japanese Zen meditation practice of zazen. All three strands of Buddhism influence approaches to mindfulness today.

Historically, in Asian Buddhist cultures, monks and nuns practiced meditation, not the broader population. For the ordained seeking the path to enlightenment, meditation was an instrument to facilitate asceticism, detachment, and renunciation, wrote Wilson (2014). During the mid-nineteenth century, as trade with Asia increased, Westerners began to take an interest in Buddhist teaching by way of pamphlets, books, and journals. Yet despite this interest, meditation did not emerge as a focus in the United States and Europe until the 1960s.

During this decade, reforms in immigration policy enabled hundreds of thousands of Asians to emigrate to the United States, including several prominent Tibetan and Zen missionaries who founded Buddhist centers and toured college campuses. Courses on Buddhism at the university level soon followed, offerings that were popular among students seeking counterculture alternatives to Western paradigms. Some of these students traveled to South Asia to study Buddhism or discovered meditation as part of the Peace Corp. By the 1970s, three main sources of meditation-focused teaching appeared “that would become the most important wellsprings of the American mindfulness movement,” wrote Wilson (2014, 31).

In 1976, Joseph Goldstein, Jack Kornfield, and Sharon Salzburg founded the Insight Meditation Center in Barre, Massachusetts. Having studied Buddhism in South Asia, their goal was to create a retreat center that could emulate in an American context what they had experienced. In their teachings, articles, and books, Kornfield, Goldstein, and Salzburg deliberately downplayed elements of chanting, ceremony, and cosmology, noted Wilson (2014). Instead, they focused on meditation and mindfulness, integrating elements of Western psychology and psychotherapy.

The second main force in the rise of mindfulness was the Buddhist monk Thich Nhat Hanh. Exiled from Vietnam, he gained prominence as a speaker and activist against the war during the 1960s. By the mid-1970s, he shifted to focus on the promotion of mindfulness and meditation, publishing the Miracle of Mindfulness and more than 100 subsequent books. Today, some 350 official meditation practice groups are affiliated with Hanh’s teachings. Along with the Dalai Lama, he is the world’s best known Buddhist, noted Wilson (2014), having appeared on Oprah Winfrey’s talk show numerous times and annually touring the United States.

Yet the most influential figure in the acceptance of mindfulness as a secular and scientific practice has been Jon Kabat-Zinn. As a student at MIT, Kabat-Zinn was introduced to meditation by a Zen missionary. He went on to study at the Providence Zen Center, at the Insight Meditation Center, and with Thich Nhat Hanh, drawing on these and other traditions to inform his own approach to teaching mindfulness. After earning a doctorate in molecular biology, Kabat-Zinn in 1979 started a stress reduction center at the University of Massachusetts Medical School, developing an eight-week Mindfulness-Based Stress Reduction (MBSR) course.

Kabat-Zinn’s key innovation, noted Wilson (2014) was to take the traditional week-long meditation retreat, inaccessible to those with busy lives, and to offer participants classes that took place once a week for two months. Participants, who usually numbered between thirty-five and forty per course, were assigned guided meditation recordings to use at home for forty-five minutes each day for the duration of the course. They were also instructed on how to be mindful of their breath during their daily activities, expanding the “thread of meditative awareness” into every aspect of their lives (Kabat- Zinn 2013).

Just as important, the course was able to be offered across clinical and institutional settings. Instructors, many with advanced degrees in the mental health professions, were required to complete an intensive certification process and to keep their training up to date. With the practice of meditation transformed into a clinical intervention, the effects on a range of mental, physical, and behavioral outcomes could be evaluated and published in the peer-reviewed literature.

According to historians Ann Harrington and John Dunne (2015), Kabat- Zinn recognized that in a secular society, the health sector was where he could have the greatest impact as a Buddhist teacher. “Hospitals and medical centers in this society are Dukkha magnets,” he told a Buddhist magazine in 1991, using the Pali word for suffering. “People are drawn to hospitals primarily when they’re suffering, so it’s very natural to introduce programs to help them deal with the enormity of their suffering in a systematic way—as a complement to medical efforts” (Graham 1991).

Yet to gain legitimacy within the medical community, Kabat-Zinn understood that he needed to strip his approach of any overt religious connections, framing mindfulness as a mental skill acquired through meditation that involves “paying attention in a particular way; on purpose, in the present moment, and nonjudgmentally” (Kabat-Zinn 2005). By promoting mindfulness, meditation could help patients manage the suffering associated with illness, reasoned Kabat-Zinn, by enabling them to be more accepting of their experience, which in turn would lessen pain, anxiety, and depression. Most would still need traditional medical treatment, but meditation could help speed the recovery process and prepare them to successfully navigate future experiences and decisions (Harrington and Dunne 2015).

Kabat-Zinn had transformed meditation from a practice rooted in Buddhism to that of a scientifically based form of health promotion. Meditation was now the “property of psychologists, doctors, scientists, and diet counselors and to be engaged in by clients rather than believers, who are not expected to take refuge, read scriptures, believe in karma or rebirth, or to become Buddhist,” wrote Wilson (2014).

Technology, the Market, and Mindfulness

Popular interest in meditation and mindfulness blossomed during the 1990s. At Barnes & Noble and Borders, Americans could purchase previously difficult to find magazines such as Tricycle: The Buddhist Review and the Shambala Sun along with books by Goldstein, Kornfield, Salzburg, Hanh, Kabat-Zinn, and many other authors. The Chinese occupation of Tibet, noted Wilson (2014) brought worldwide media attention to the Dalai Lama along with acclaimed Hollywood movies about Tibet such as Seven Years in Tibet, Little Buddha, and Kundun. The 1993 Bill Moyers PBS special Healing and the Mind featured Kabat-Zinn and his MBSR approach, turning his books into best sellers. For sports fans and athletes, Phil Jackson, coach of the champion Chicago Bulls, related in interviews how he had encouraged Michael Jordan and other players to practice meditation.

During the 2000s, with books, talks, and documentaries about mindfulness instantly available via Amazon, Netflix, and YouTube and guided meditations downloadable to smart phones, public interest in mindfulness was set to explode. By 2012, an estimated two million American adults reported having practiced some form of meditation within the past twelve months (Monroe et al. 2017).

Today, more than 600 studies are published annually on meditation and mindfulness. Observational studies evaluate the efficacy of meditation on health-related outcomes and school performance. Other studies investigate how meditation might influence parts of the brain linked to positive emotions, cause some parts of the brain to grow, and be related to changes in brain wave activity among experienced practitioners (Ricard et al. 2014).

Yet as widespread as meditation has become in clinical settings, schools, and the business sector, many of the scientific findings have not yet been sufficiently replicated. Most researchers in the field are enthusiastic meditators themselves, enabling them to apply important insights but also potentially biasing their conclusions. Like in psychology more generally, there is a strong bias toward publication of positive or significant results. The methodological rigor of many studies also remains low with few longitudinal control studies conducted (Tang et al. 2015).

As scientists and researchers continue to resolve uncertainties about the effects of meditation on the brain and health, outside the community of practicing Buddhists, the mindfulness movement remains multidimensional and varied, noted historians Harrington and Dunne (2015). Many health professionals view mindfulness as a powerful medical intervention best taught by trained and credentialed clinicians. Still, many other Americans have come to see it as a form of mental fitness training, applicable in varied ways to boost performance in school, business, or athletics or advance their careers. Other Americans have come to embrace meditation as a practice similar to yoga that is related to overall health or emotional resilience. A few notable others, including Kabat-Zinn, have even started to promote mindfulness as an antidote to our polarized, fractured politics, providing a common basis for recognizing shared values and goals. From this perspective, a sense of interconnectedness begins with mastering the art of conscious living.

Nisbet, M.C. (2017). The Mindfulness Movement: How a Buddhist Practice Evolved Into a Scientific Approach to Life. Skeptical Inquirer, 41 (3).