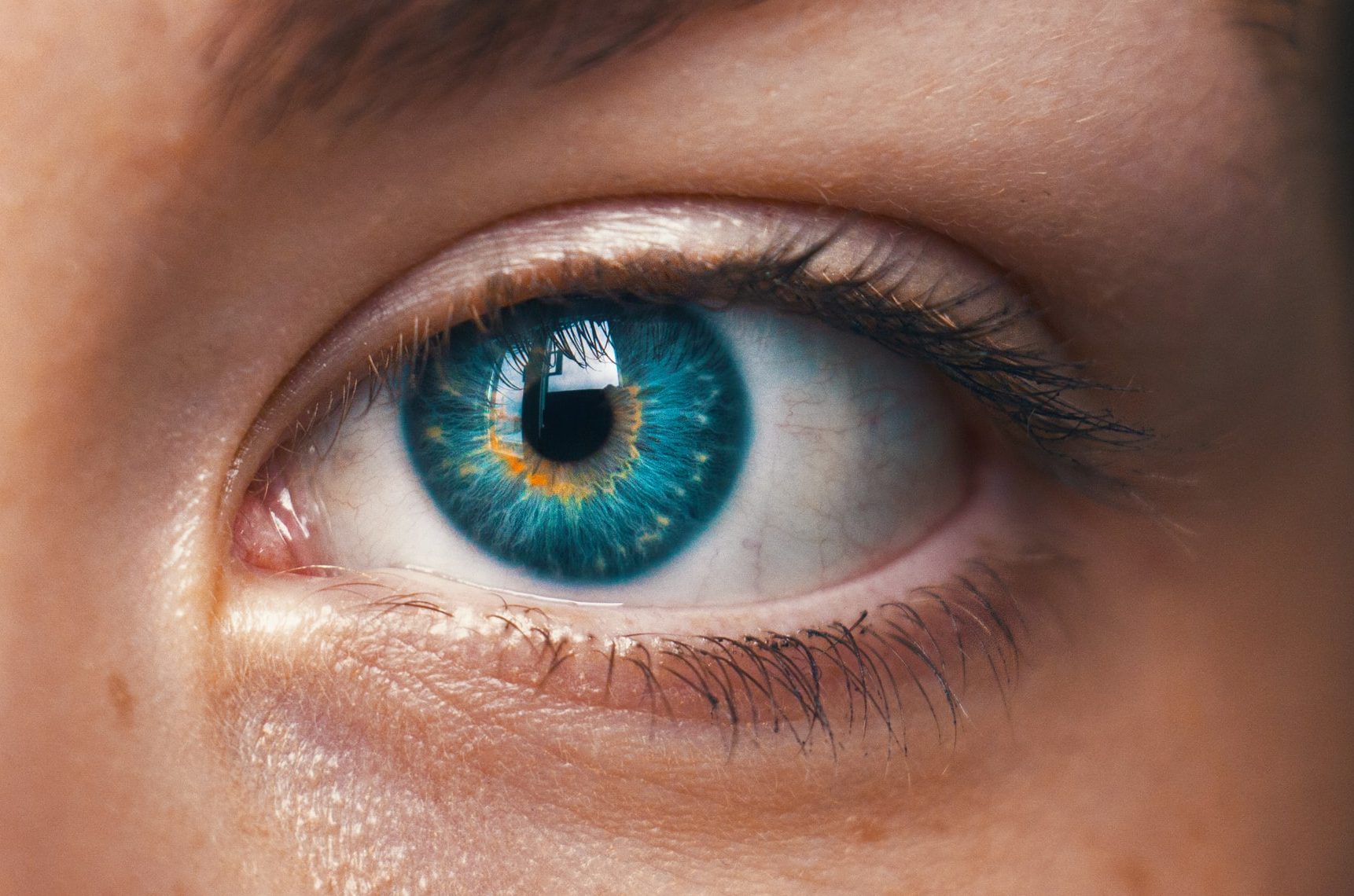 From scientific meetings to corporate boardrooms, many societal leaders are deeply concerned about what they perceive as a loss of public faith in technological innovation and the scientific enterprise. Rising tensions over issues such as automation, gene editing, and the transition away from fossil fuels are rooted in broader conflicts related to globalization, modernization, inequality, institutional authority, democratic freedom, and respect for traditional values.

To better understand these dynamics, in a new research paper co-authored with Erik Nisbet and published by the American Academy of Arts and Sciences, we analyzed the 2010-2014 World Values Survey, evaluating public beliefs about science, technology, and society across fifty-four countries and 81,000 survey respondents.

In our study, we assessed country-level and individual-level factors predicting survey measures related to optimism about the ability of science and technology to improve society (“scientific optimism”) and those related to reservations about the impact of science and technology on traditional values and the speed of change (“scientific reservations”).

These two mental models, as previous research suggests, serve as cognitive shortcuts for quickly evaluating the social implications of specific science and technology-related issues and for estimating the trustworthiness of experts and their institutions as sources of information.

To measure scientific optimism, respondents to the World Values Survey were asked to agree or disagree with statements such as “Science and technology are making our lives healthier, easier, and more comfortable” and “Because of science and technology, there will be more opportunities for the next generation.”

To assess scientific reservations, respondents were asked to agree or disagree with statements including “We depend too much on science and not enough on faith” and “It is not important for me to know about science in my life.”

Our findings are consistent with those from a recent report conducted by Gallup and commissioned by the Wellcome Trust UK which employed slightly different survey measures to map trends in science attitudes across countries.

But our analysis goes beyond describing public opinion trends to dig more deeply into why nations, cultures, and individuals differ in their beliefs about science, technology, and society. We also discuss the relevance of our findings to strategies aimed at addressing rising public anxiety in an era of startling advances and disruptive innovations.

Each of the fifty-tour countries we evaluated in the World Values Survey rated relatively highly on scientific optimism, with the combined mean score for respondents from each country ranging from 6.0 to 8.8 on a ten-point scale. In comparison, scores were relatively lower in terms of scientific reservations.

Per country, sample means ranged from 4.0 to 6.5 on a ten-point scale with a higher score meaning greater reservations. On both scientific optimism and reservations, the United States ranked about mid-tier among the fifty-four countries. Importantly, however, the U.S. mean score of 7.2 on optimism was considerably higher than the mean score of 5.0 on reservations.

Our findings can be explained by past theorizing on the “post-industrial paradox”: In contrast to less-developed countries, citizens in more-advanced economies may no longer idealize science and technology as necessary to economic growth and human security.

Populations living in more advanced economies are still likely to expect benefits from science and technology, but they may also be more sensitized to the moral trade-offs or risks posed by technological breakthroughs and scientific discoveries.

Seventeen of the nineteen countries that scored highest in terms of scientific optimism were post-Soviet/former Eastern Bloc or Muslim-majority countries, and most of these same countries score at the bottom scale on scientific reservations, a trend that remained significant when controlling for a variety of factors in our statistical models.

We interpret these findings as consistent with a long-standing emphasis in former Communist countries on science and technology as a vehicle for progress and the admiration that Muslim publics have expressed when asked in polls about Western science, medicine, and technology.

Interestingly, even when controlling for economic modernization, people living in countries with greater scientific and technological output as measured in terms of scientific publications, patents, and citations tend to be more optimistic about science and technology and to hold fewer reservations.

Turning to individual-level factors, religious individuals living in more-advanced countries with greater political freedom were more willing to express their reservations about science and technology than their similarly devout counterparts living in countries that lack such freedoms. Several related processes may account for these findings.

First, as people living in more-advanced countries achieve greater personal and societal security, they appear to be no longer willing to overlook the potential risks, economic costs, or moral trade-offs associated with scientific advances and innovations.

To the extent that individuals living in more-advanced countries also enjoy greater political freedom, they can also express these reservations about emerging issues, such as gene editing, without fear of political sanction.

In contrast, those living in less-developed countries may not only view science and technology in terms of social progress and enhanced security but also as a source of national pride and global competitiveness.

To the extent that they live in a country with fewer political freedoms, even if they did hold reservations, they may not be willing to express them for fear of reprisal.

Across countries, those individuals who share classical liberal values oriented toward free enterprise, free inquiry, and the pursuit of knowledge, networks, and information, and who have thrived in a globalized market economy also tended to be among the most optimistic about science and technology and to express fewer reservations.

There were, however, important caveats and contingencies to these relationships based on the country-context in which an individual lived.

Specifically, the least educated residing in the richest countries tended to express much higher levels of scientific reservations than the least educated living in poorer countries. For wealthier optimists, scientific advances and innovations are likely to enhance their careers, fuel gains in their stock portfolios, and provide benefits that they can afford.

But many other members of the public are justifiably concerned that advances such as automation or gene editing may displace their jobs, remain beyond their ability to afford, and/or conflict with cherished values.

In wealthier countries, such as the United States and those of Western Europe, individuals expressing greater skepticism of traditional forms of authority, such as the family, nation, and state, were less optimistic and held stronger reservations about science and technology than their counterparts in poorer countries.

In advanced economies, those skeptical of traditional forms of authority may be more prone to view the close association between scientific research, technological innovation, militarization, and surveillance as operating in the service of elite control rather than economic growth and progress, as their counterparts in developing countries might still primarily view science.

On the topic of morally fraught issues that challenge traditional values, major investments in public dialogue across advanced economies are needed. But to lead a national and global conversation about such powerful scientific advances, scientists will need help not only from their colleagues in the humanities, social sciences, and creative arts but also from journalists and philanthropists.

Informed public discussion about scientific advances and innovations is not possible without high-quality, sustained reporting from journalists with deep knowledge of the subject. New initiatives to understand public attitudes, improve public dialogue, and report on the complexities of these emerging technologies will not be possible without financial support from government and philanthropists.

There is no clear “communication fix” for the deep-seated reservations that many individuals have about science and technology. Apart from traditional values, these reservations are also rooted in widening levels of inequality and the role that innovation plays as a main driver of such disparities.

Publicly financed scientific research has generated vast wealth for professionals at the top of the knowledge economy, just as those same innovations have eliminated millions of jobs among people at the bottom, transforming entire industries and regions.

Scientists and engineers, therefore, have both a strategic and an ethical imperative to help society cope with the negative effects of globalization and automation, forces that their advances and innovations have helped set in motion.

We need broader strategic thinking about the handful of policy goals and investments that scientists and engineers can join with others in pursuing that would help alleviate inequality and the threats posed to the scientific enterprise if such policies are not pursued.

The ability of scientific expertise to be leveraged on behalf of public solutions to problems such as climate change is limited by waning public trust in government and almost every other major institution, including the news media, business, the legal system, universities, elites generally, and even capitalism itself.

As with economic inequality, there is no communication fix for this widespread erosion in trust. Rather, the scientific community must join with the leaders of other sectors of society to pursue strategies for restoring the health of our civic culture.

Divided Expectations: Why we need a new dialogue about science, inequality, and society