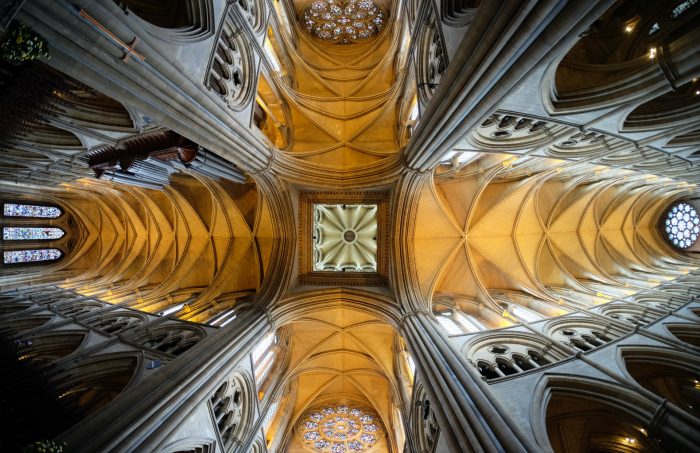 Over the past two decades, high profile debates over human origins, abortion, and stem cell research have distracted from the opportunities that scientists, skeptics, and religious Americans have to forge relationships built on common values and goals.

Though topics such as the teaching of evolution may generate disagreements, other areas of science (such as health, sustainability, climate change, and food security) may not. Even in the face of disagreements, dialogue-based efforts can help break down stereotypes between scientists, skeptics, and people of faith, cultivating mutual respect and personal relationships, leading to collaboration on society’s most pressing problems.

These are some of the main points emphasized in a recent report Scientists in Civic Life: Facilitating Dialogue-Based Communication, which I authored on behalf of the American Association for the Advancement of Science (AAAS) (Nisbet 2018).The booklet provides an overview on relevant research, practices, and examples that scientists, skeptics, and their partners can draw on to encourage more thoughtful dialogue about science and society.

As one of the world’s largest scientific societies, AAAS has long emphasized the importance of public dialogue to its membership and the scientific community at large. “[Scientists] need to engage the public in a more open and honest, bidirectional dialogue about science and technology … addressing not only the inherent benefits, but also the limits, perils, and pitfalls,” wrote former CEO Alan Leshner in a 2003 Science editorial.

Consistent with this mission, the aim of the new booklet is to empower scientists and their institutions to play a more active role in bringing Americans of diverse backgrounds together to spend time talking to each other, contributing to mutual appreciation and collaboration. Churches are a vital place to begin.

When I moved in 2014 with my family from Washington, D.C., to a small city north of Boston, I was surprised to find that my new community had a locally based group of volunteers who were working to promote climate change resilience efforts along the city’s riverfront and ocean coastline. The hub for this group was a centuries-old church at the center of town, where members would meet during evenings and after Sunday services to plan their efforts and recruit new volunteers.

Religion, as this example shows, is more than just a belief system that shapes how people understand or prioritize a problem such as climate change. Churches are communication centers where information is shared and conversations can take place about complex science-related issues.

For these reasons and others, it is important for scientists and other experts to build deep relationships with their local churches, temples, and mosques. Congregational leaders rely on strong interpersonal bonds and norms of stewardship to encourage their members to participate in civic-related activities. These networks are further strengthened by the moral framing of issues by church leaders, the conversations that churchgoers have with others, and information provided directly when at church (Lewis et al. 2013).

Even today, research shows that churches remain the social context where Americans are most likely to receive requests to become involved in their communities (see Figure 1). Specific to science-related issues, they may be called upon to help people recover from the impacts of climate change, to work on actions to educate their communities about public health, or to voice their opinions to elected officials on topics such as evolution or biomedical research.

Dialogue in a turbulent world

In facilitating productive dialogue about science topics that intersect with faith and religion, all scientists and academics have a role to play. Regardless of their personal beliefs, when engaging in conversations with faith communities, scientists can connect around common values and interests.

Every scientist is also likely to find something in common with people and groups who live and work in their local community. As fellow residents, scientists can build connections by way of their identification with local pastimes, sport teams, entertainment choices, favorite businesses, economic trends, school districts, cultural traditions, natural resources, and climate/weather events.

Consider E.O. Wilson’s (2006) approach to facilitating a dialogue with religious leaders and their communities. In his book The Creation, Wilson described environmental stewardship as not only a scientific matter but also one of personal and moral duty. Wilson’s aim in writing the book was to engage a religious audience that might not otherwise pay attention to popular science books or, for that matter, appeals on the environment. Wilson passionately believed, as he told Bill Moyers in a 2007 interview:

[If atheists and religious folk] sat down and talked about our deepest beliefs together, we’d come up with more agreements, than disagreements. …Science and religion are the two most powerful social forces in the world. Having them at odds at each other all the way up to the highest levels of government and the popular media all the time is not productive.

Scientists who are themselves already a part of faith communities may be particularly well-positioned to serve as trusted dialogue brokers. By one 2011–2012 survey estimate, approximately 11 percent of U.S. biologists and physicists say they attend church services at least weekly, and a similar proportion say they hold no doubts about the existence of God. More than one third claim a religious affiliation (Ecklund et al. 2016) (see Table below).

Through their shared beliefs and community membership, these boundary spanners are likely to be effective at facilitating conversations between their fellow scientists and those members of the public who share their faith. In doing so, they can draw on their own experience to share insights on the relationship between science and their personal faith. A leading example is Texas Tech climate scientist Katharine Hayhoe, who as a Christian evangelical regularly speaks to congregations about climate science, drawing on her faith to connect to audiences by way of a shared identity and language.

Many religious leaders and clergy are also interested in facilitating constructive conversations among their congregations and faith communities about scientific topics. Unfortunately, clergy have historically not been likely to have formal training in how to lead thoughtful dialogue about the social implications of science. To address this gap, the AAAS DoSER program has partnered with Christian seminaries and theological schools to include more science in their core curricula as part of an ongoing “Science for Seminaries” project.

Each partner seminary, in consultation with AAAS, integrates science articles, books, films, guest lectures, laboratory and research site visits, and other content into core course offerings such as biblical studies, church history, and theology. These resources are developed in collaboration with local scientists to build and strengthen relationships with local science institutions. A program called Scientists in Synagogues is a similar grassroots initiative designed to equip Jewish clergy, scientists, and laypeople with the knowledge and skills to engage in dialogue and learn about society’s biggest questions, drawing on science and religion as sources of wisdom and inspiration.

Specific to climate change, research conducted by the U.K.-based nonprofit ClimateOutreach has examined the narratives, metaphors, imagery, and frames of reference that can be used by scientists and religious leaders to engage people of faith by way of informal conversations, public statements, popular articles, and sermons. This research and similar studies recommend presenting a commitment to climate change as representing a moral responsibility to God, our children, neighbors, the “least of us,” and “all of creation.” Climate change can be discussed as part of a story arc that encompasses a challenge, an action, and a resolution—a narrative style familiar from scripture (Roberts and Clarke 2016).

Yet even when framed in such terms by the highest religious authorities, scientists and science communicators should recognize that this approach has limits, especially outside of a localized, dialogue-focused framework. For example, an analysis of responses by Catholics to Pope Francis’s 2015 Laudato si encyclical on climate change found, somewhat predictably, that liberal Catholics tended to assign the pontiff greater credibility on the issue, while more conservative Catholics assigned the pontiff less credibility. In this case, the political identity of these Catholics tended to trump their faith-based one (Li et al. 2016).

Looking ahead, as more and more scientists and their institutions turn to locally focused dialogue activities to engage publics on the biggest science and society questions, a first step toward improved relations with religious Americans and their churches may be simply to recognize and affirm shared values, beliefs, and goals. With this established, further dialogue can be structured in such a way as to encourage working together toward common goals on climate change and other pressing problems.