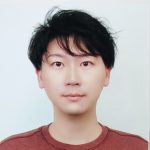 Hwaider recently won the NASA Tech Briefs-Create the Future Design Contest: First Prize (in Electronics/Sensors/IoT Category) with over 800 entries from 60 countries in 2018, which is sponsored by Comsol, Intel, Analog Devices, Mouser Electronics and is featured in NASA Tech Briefs Magazine. He also received several academic awards such as the Outstanding Graduate Student Award (in Life Sciences, Physical Sciences, and Engineering) in 2018, which is the highest honor at Northeastern University; and ECE Department Distinguished Research Assistant Award in 2017.

He has been doing research in NSF ERC Center for TANMS (The Nano-systems ERC for Translational Applications of Nanoscale Multiferroic Systems Research Center) and has achieved great progress especially in NEMS antenna based on BAW which was published in Nature Communications and was widely cited in different news media, including Nature, Science, news in different websites and newspapers in different languages, TV interview, etc. These NEMS Antennas open up more possibilities of application due to their unique and particular properties. With the advantages of the high magnetic field sensitivity in near field and the highest antenna gain within all nano-scale antennas at the similar frequency range, the antenna with 1 to 2 orders reduced size, integrated capability to CMOS technology, and ground plane immunity from metallic surface or the human body has a bright future for bio-implantable, wearable antennas, internet of things, etc.

He is currently working with Harvard Medical School on a project “Novel Implantable Smart Magnetoelectric NanoRFIDs for Large-Scale Neural Magnetic Recording and Modulation” funded by NIH. These NanoNeuroRFIDs will be the first kind of untethered implants for large-scale neural magnetic recording and modulation, which provide unprecedented opportunities for (1) large-scale neural network recording capabilities in vitro and in vivo with 100 – 1000 of individual recorder/stimulators; (2) new tools for circuit manipulation; (3) large-scale neural magnetic sensing and stimulation; and (4) directly linking neural activity to behavior.