Breaking the Internet: An Analysis of #LoveWins 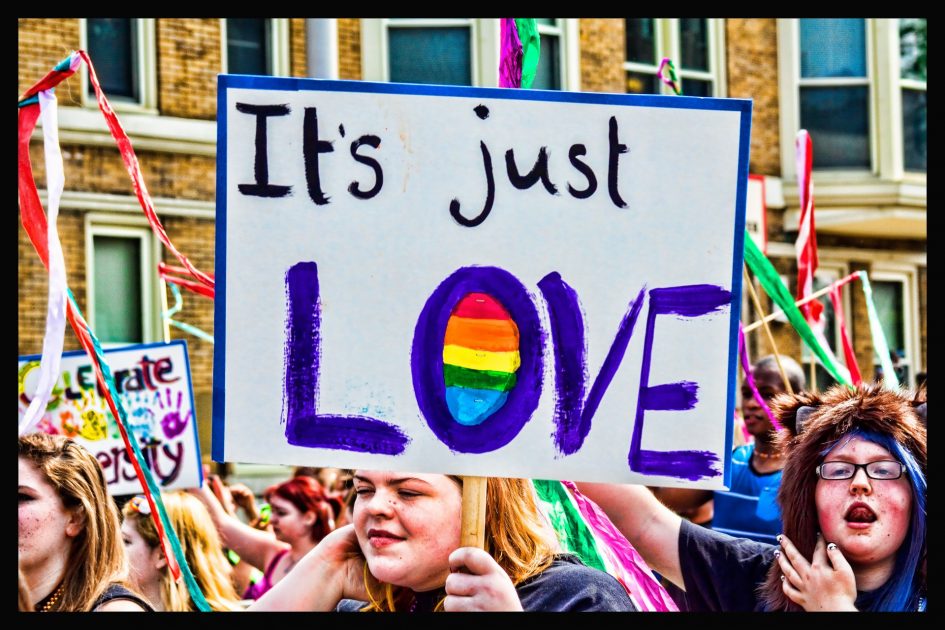 Digital media is rapidly changing in new and exciting ways. However, it has become much harder to focus on and cater to public interests. As journalists, we must call everything into question about our audience, from gender, to race, to geographical location, to the number of clicks on a certain topic, to hashtags, to views, and so on. Gathering user data and analyzing user engagement on social media proves to be an extremely useful tool for today’s journalists. Social media analysis allows journalists to answer those specific questions and understand our audience’s wants and interests so that they can produce work with quality and relevance.

What’s relevant or trending in media mostly has to do with users: What they are saying, how much they are saying it and how long this “trend” lasts. Analyzing social media tells journalists what matters to people and how they can make the most out of it! We know why analyzing user engagement on social media is important and resourceful – but how do we do it?

I have done my own research and Twitter analysis on the user engagement surrounding the legalization of same-sex marriage. Using data that had already been analyzed, I compared that to my analysis of real-time user engagement.

The tweets that surfaced during my search were from celebrities and other public figures, which is not representative of the general public; however, it is still useful information. This tells me that people with a large following are the ones who really spread the news and reached a large audience, thus creating a domino effect in the way #LoveWins spread. I did not find any negative tweets, assuming, the positive tweets outweighed the negative ones.- IS THERE A WAY TO FIND NEGATIVE TWEETS THAT ARE SURFACING TODAY? LIKE TRUMP SUPPORTERS?

Important questions I asked when analyzing the data are:

On Friday, June 26, 2015,  people took to social media by storm, in particular to Twitter, sharing the news and their excitement, or lack thereof.

According to USA Today, there were more than 10 million tweets surrounding the Supreme Court’s decision to legalize same-sex marriage on June 26, 2015. Hashtags such as #lovewins, #SCOTUSmarriage, and #marriageequality were trending on Twitter and “broke” the internet. The general public, celebrities, politicians, and many other public figures were joining in on the excitement together and the hashtags spread to reach millions of people.

Today is a big step in our march toward equality. Gay and lesbian couples now have the right to marry, just like anyone else. #LoveWins

congrats USA, go ahead and be happy with whoever you love #LoveWins

The social media analytics platform TalkWalker found that #lovewins had 284,730 mentions and 60,727 unique tweets, showing how historic of an event this was in the United States. The Pew Research Center took a poll that revealed the support for same-sex marriage has significantly grown.

Many companies took this knowledge as an opportunity to market themselves accordingly and generate revenue. Companies such as Uber, Cheerios, American Airlines, Facebook, Google, Mastercard, and Ben & Jerry’s celebrated gay pride by using rainbows, catchphrases, and symbols related to the LGBT community.

And now, no one can tell you otherwise. #LoveWins pic.twitter.com/769Rz8DO7C

On September 23, there was a rise in user engagement, from previous days, with the #LoveWins hashtag. Between 12 a.m. and 8 a.m., there is a small dot indicating the initial tweet that reached millions of people. The original poster, Patty Mallette, tweeted her support for the LGBT community and used #LoveWins. With more than 3 million twitter followers, her post influenced many to re-post, mention and tweet, which is represented on the graph. The spread of the meme increased significantly as people engaged with Patty’s tweet.

There were many other “influencers” who increased user engagement, such as John Legere with over 2 million followers, and loirax, with 21,286 followers. loirax may have a small number of followers but their initial tweet had over 500 engagements and reached over 50,000 twitter accounts.

According to Keyhole, between September 19 and September 23, #LoveWins reached over 5 million people. That is a relatively small number when compared to how rapidly #LoveWins spread to over 6 million people in a few hours, rather than five days. However, there is still a community of people who are connected and are continuing to showcase their support for the LGBT community via Twitter.

We are able to see where our audience is located and what platforms they are using  to retrieve certain information and/or news. Twitter seems to be the most widely used when engaging with breaking news, popular events, phrases, and/or hashtags.

We can also look at gender and technological devices to understand our audience. It makes sense that 68.9 percent ,more than half of the sample population, is accessing Twitter on the iPhone and Android because they offer social media apps, which are convenient.

Men and women are evenly split in their engagement with #LoveWins, which could mean that both genders are equally supportive of the LGBT community, although there are problems with drawing any sweeping conclusions about gender.

Most of the user engagement (61.4%) involved retweets, rather than original posts and replies. This could mean a number of things, but my main assumption is that people with a large following are reaching many people, and their original content is being retweeted and circulated throughout Twitter.

There was a small percentage of negative tweet, and this could be due to generational change. Millennials, in general, seem to be more liberal, which would explain the large percentages in positivity and neutrality.

What does all this mean?

We have come a long way from homosexual discrimination as a society and as a country. In general, all of this data reveals that the LGBT community is widely accepted by many, meaning that, culturally, people may have more liberal views. Journalists, while often still remaining neutral as they report on the policy debate, should be aware of these changes norms if they want to reach the millennial audience. They would also know the ways by which they can publish their article and reach a large audience — for example using certain hashtags or media platforms.

The only downfall with social media is that even though a hashtag may be widely used, people with a significantly large following have the most power in sharing news and reaching a large audience. Therefore, news that is circulated and gets the most attention is almost always limited to celebrities, politicians and other public figures.

Millennials (ages 18-34) are more tech savvy, using mobile phones and social media apps as a tool for social engagement, daily. (This was represented in the pie graph for Top Sources.) The way news is circulated and information is conveyed to people has changed due to social media. Twitter, especially, is a more immediate way to receive and share news. This social medium allows for people to create and  join communities to engage with people from all over the world, using a single hashtag, meme, picture, or event-related material.

Twitter allows users to post immediately and interact with one another instantly allowing for news to spread like wildfire. This social media platform has become the place for breaking news, trending topics and popular events.