What is Morse Code?

Morse Code is a code for translating letters to dots • and dashes —.
These represent a short and long signal duration.

Who Is Samuel Morse?

Samuel Morse developed the code in the 1830’s to send messages through the telegraph machine.

What is the Telegraph?

How Does it Work?
Electrical signals are translated to auditory or written dots and dashes.

Why is it Useful for Morse Code?
Dots and dashes can easily be encoded for Morse code.

Did you know?
The common distress signal “SOS” doesn’t stand for anything, instead it was chosen as it is easy to transmit.
••• — — — •••

Why do we use Morse Code?

⚬ Easy communication across long distances.
⚬ Played a critical role in World War II for the NAVY. It was more secure and traveled a longer distance than voice telephone! 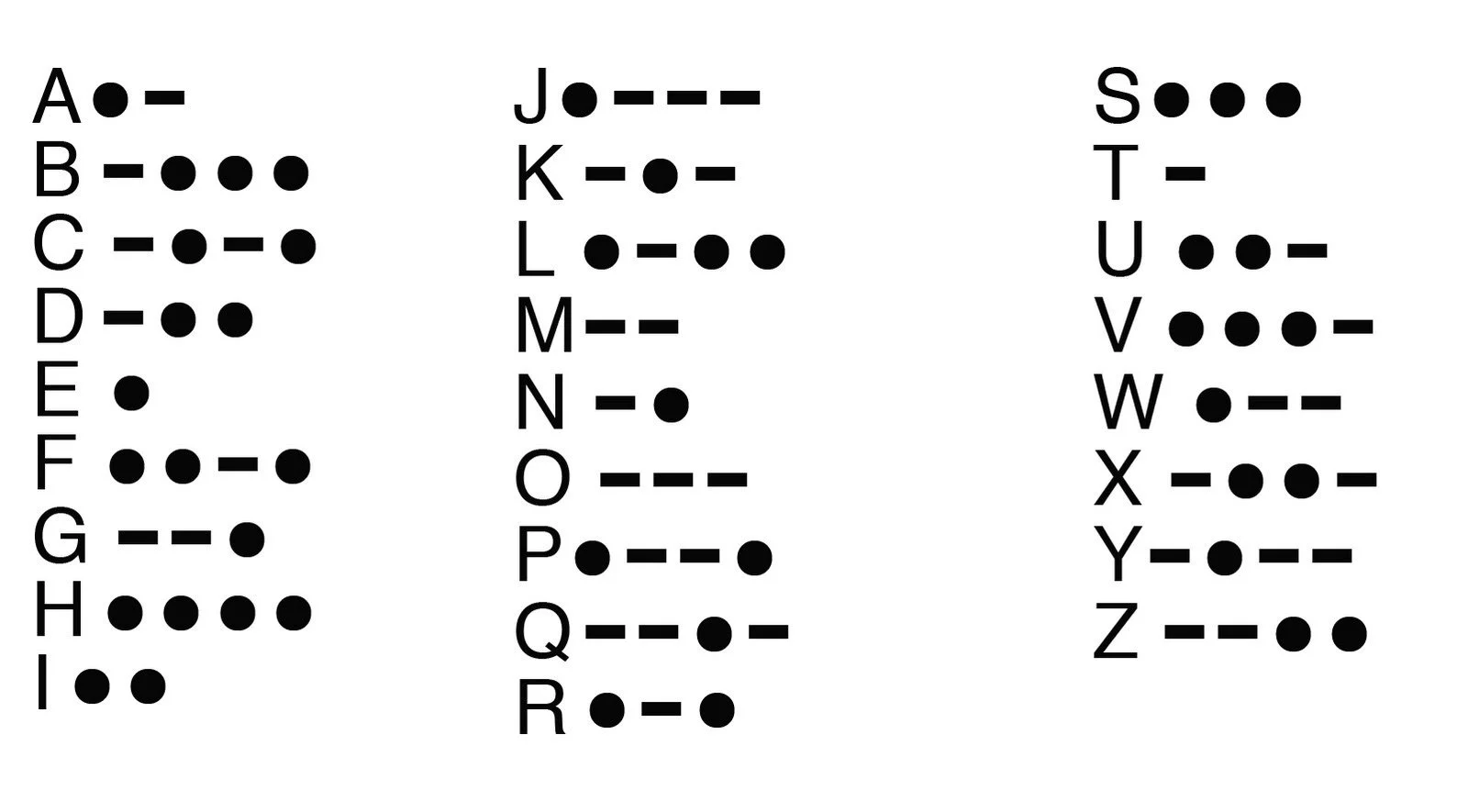 As ‘code talkers’ grew more and more comfortable with Morse Code, they eventually stopped needing to reference an alphabet chart, and could translate letters just by hearing the long and short beeps. This lead to the development of Morse Code as a spoken language rather than just a written one

Click and expand the boxes to show the answer.