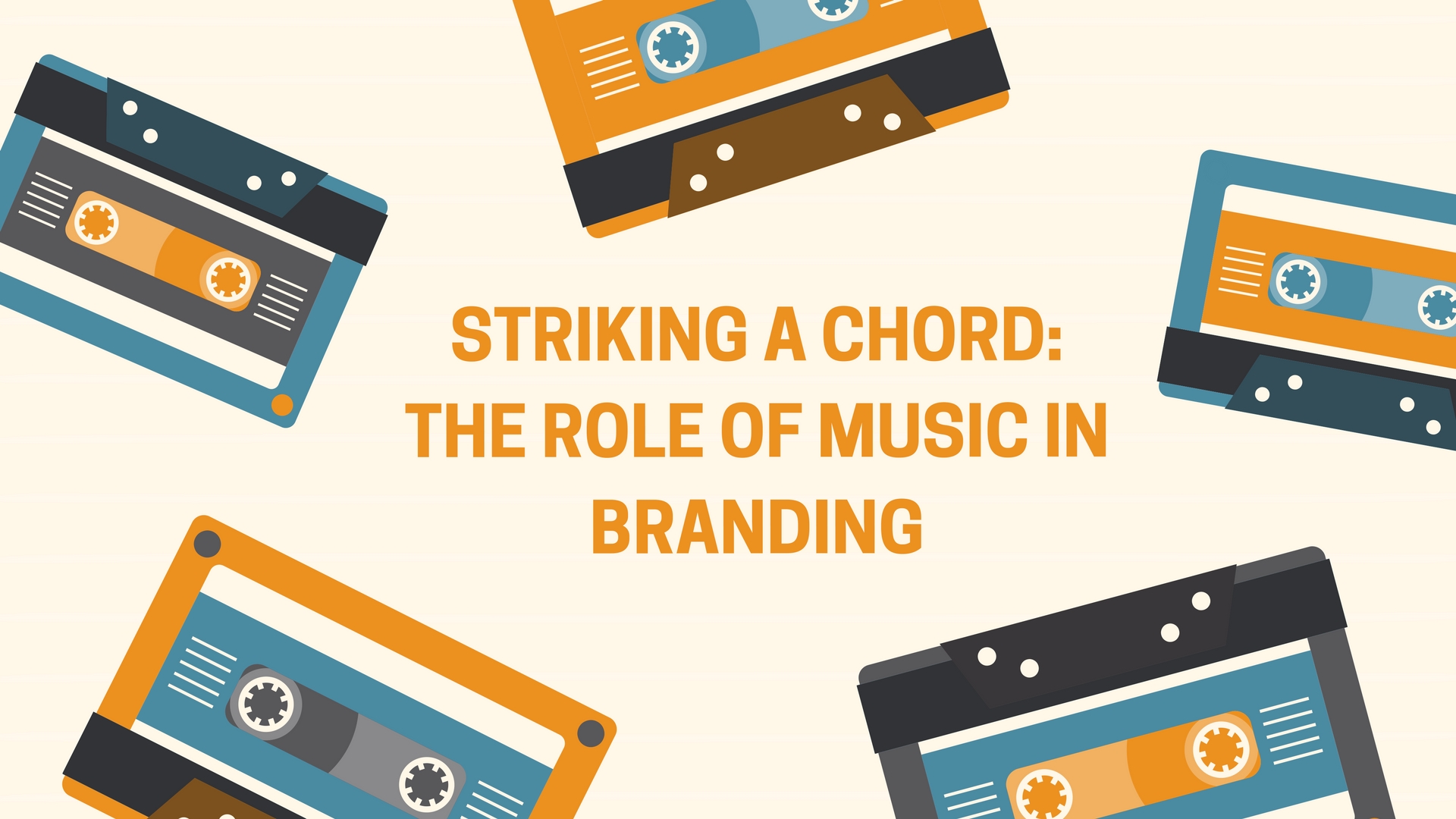 It wouldn’t exactly be an insightful or  revolutionary of me to say that music plays a vital role in both advertising and branding. That being said, while the average consumer is well aware of commercials that clearly use music to pull at their heartstrings or tickle their laugh box, many don’t know just how, and to what extend, music plays the role that it does. Obviously there are countless ways a company can go about using music to elevate a campaign, but no matter which method they choose, ads aim to provoke an emotional response in viewers, an accomplishment that’s difficult to do in a short time without some sort of melodic ambiance. A good jingle, theme, or fully orchestrated song can turn a fun popcorn ad into a memorable story that people will quote and idly hum to themselves years down the line. So this week, I present my attempt at explaining the various ways that brands can sucker us humble consumers in with a good tune.

There are many categories of advertisement music, but for simplicity’s sake we can break them down (with many subcategories to be gleaned) into three major groups: background music/themes, jingles, and commissioned songs with lyrics. The first, background theme music, is present in virtually every television advertisement  (even if it’s just a generic public domain track that comes free with iMovie). Music is the emotional heart of any ad, or at least brings the emotional heart to the forefront, and can evoke any emotion by being sad, funny, preachy, sentimental, or a touching story a la “Dove: Real Beauty.” Even in its simplest form, background or theme music sets the tone (no pun intended) of not only the ad itself, but also the brand it represents as a whole. To put that into context, imagine one of those Justin Long “Get a Mac” Apple ads from the early 2000’s with a Metallica instrumental strumming along in the background; not only would it not make sense tonally with the content of the ad, but it would feel distinctly un-Apple. When we think Apple (from a stylistic standpoint at least), we think clean, stark white, with accompanying simple and jaunty piano chords. That is just one example of how many brands and ad campaigns are most, and sometimes solely, recognizable by their musical themes.

Earworms aren’t just present in the music industry, as a memorable jingle is what elevates an ad from amusing in the moment, to cultural phenomenon even a generation later. The examples that always comes to mind for me are the jingles that incorporate a company’s phone number, which is insidiously genius.  If Soulja Boy and Tommy Tutone can ingrain his and Jenny’s number into our collective brains, then their is no reason Empire and Cars 4 Kids can’t do the same right? Incidentally, I wonder what happens if you actually call 8675-309. Then there are the super short an snappy ones, the ones that penetrate your dreams and mind when you don’t want them to, like trying to sleep, or during an exam. I’m looking at you Goldfish.

Then we flip to the other side of the coin: full length, commissioned songs with lyrics. These ad campaigns take the concept a step further and make music a notably vital component to the message of the ad. These are the commercials that people remember decades after they first air, even if they don’t remember the product (or even the company) advertised. The best example of this, and quite possibly the most famous ad of all time from one of the most famous companies of all time, is the iconic Coca Cola “I’d Like to Teach the World to Sing” commercial, recently re-popularized by the series finale of AMC’s Mad Men. The song not only skyrocketed Coca Cola sales and gained worldwide recognition, but also brought people of different ideals and backgrounds together for the greater good, something no ad before or since can claim to have done.

That Coke ad is one of the rare examples of a campaign in which the music transcends the ad and product; I know when I was a kid I could recognize the song long before I actually watched the commercial. The same goes for “Dumb Ways to Die,” an ad I mentioned in my piece from last month on the best ad campaigns of the 21st century. I know I can’t be the only one who had that song stuck in my head and could hum along effortlessly before I even knew it was a train safety ad for an Australian metro system. And of course we have to bring up Apple again, who put many a recording artist on the map by featuring them in those now iconic colorful silhouetted ads (who remembers Jet, Feist, and Yael Naim?) There are some lesser known examples too, such as Lily Allen’s beautiful pseudo-return to relevance with her John Lewis ad version of Keane’s “Somewhere Only We Know,” as well as a Fiona Apple’s “Pure Imagination” cover for Chipotle, a personal favorite of mine.

Advertising trends change by the year, and keeping up with them as a marketing executive can be absolutely exhausting. But no matter the time period, music will always be an I indispensable aspect of any marketing campaign.