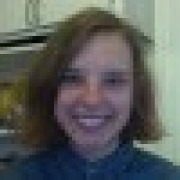 France has the largest populations of Muslims in the Western world, making up an estimated 7.5% of the population. The Muslim population has been steadily growing in France since the end of the Second World War, a trend further intensified after the end of the Algerian War for Independence in 1962. Since their arrival, the  Continue Reading »

Novels in the News: The Reprinting of Fiction in Nineteenth-Century Newspapers

“Novels in the News: The Reprinting of Fiction in Nineteenth-Century Newspapers” investigates the republication history of novels and short fiction within the hybrid medium of the nineteenth-century newspaper. This project seeks to understand not simply which novels and stories were reprinted in newspapers, but which parts of these texts circulated most widely (and which did  Continue Reading »

When it comes to conveying the realities of climate change, adding more information may not always help—this was the takeaway message from scholars and artists at the NULab’s recent “Climate Change/Crisis/Creativity” conference. The conference was a collaborative event co-hosted with the School of Public Policy and Urban Affairs, the Humanities Center, the Department of English,  Continue Reading »

No comments by Colleen Nugent