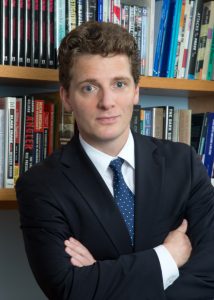 Matthew C. Nisbet is Professor of Communication, Public Policy, and Urban Affairs at Northeastern University where he studies the intersections among science, politics, and culture. He is a monthly columnist at Issues in Science and Technology magazine and a 2020 visiting fellow at Dartmouth College’s Interdisciplinary Center for Engagement.

Nisbet is the author or co-author of more than 80 peer-reviewed studies, scholarly book chapters, and reports, including the 2019 American Academy of Arts and Sciences report The Public Face of Science Across the World, the 2019 Carbon Capture Law and Policy Institute report The Carbon Removal Debate: Asking Critical Questions about Climate Change Futures, the 2018 American Association for Advancement of Science report Scientists in Civic Life: Facilitating Dialogue-Based Communication, and the 2017 US National Academies consensus study on Communicating Science Effectively: A Research Agenda.

He is currently at work on a co-authored book with Harvard University Press that examines the influence of a special generation of public intellectuals who have helped define the major scientific and social issues of our time. By evaluating the careers of writers like Bill McKibben, Michael Pollan, Malcolm Gladwell, and Naomi Klein, the book explores the power of ideas and narratives to influence public opinion, inspire social movements, and alter political decisions.

Among awards and recognition, Nisbet has been a Visiting Shorenstein Fellow at Harvard University’s Kennedy School of Government, a Health Policy Investigator at the Robert Wood Johnson Foundation, and a Google Science Communication Fellow. His 2018 edited volume The Oxford Encyclopedia of Climate Change Communication was recognized as a PROSE award finalist by the Association of American Publishers. According to Reuters Web of Knowledge, Nisbet’s research has been cited in the peer-reviewed literature more than 4,200 times (H index=30), and according to Google Scholar more than 11,000 times (H index = 44). A recent study, assessing the period 1989-2018, ranks Nisbet as the third most productive communication scholar globally as measured by the number of “highly cited” articles published.

Nisbet’s research has been supported by the Robert Wood Johnson Foundation, Barr Foundation, MacArthur Foundation, Heising-Simons Foundation, John Templeton Foundation, Rita Allen Foundation, Bernard and Ann Spitzer Trust, and Nathan Cummings Foundation. His consulting experience includes analysis on behalf of the American Association for the Advancement of Science, American Academy of Arts and Sciences, National Academies of Science, Engineering, and Medicine, the Howard Hughes Medical Institute, the Corporation for Public Broadcasting, the Centers for Disease Control, ecoAmerica, Pfizer Inc, and L’Oreal Paris. As an invited speaker, he has given lectures on more than four dozen university and college campuses worldwide and at many other scholarly and professional meetings.

At Northeastern, he teaches courses in political communication, climate change politics, and strategic advocacy. Nisbet holds a PhD and MS in communication from Cornell University and a BA in government from Dartmouth College.