November 1, 2016 — Since the 1960s, high rates of childhood vaccination in the United States have led to dramatic declines in cases of polio; measles, mumps, and rubella (MMR); chicken pox; and other diseases. The benefits to society have been overwhelming. Over the past two decades alone, vaccines have prevented an estimated 322 million disease cases, 730,000 early deaths, and $1.4 trillion in related costs (Whitney et al. 2014).

Government-led vaccination programs have been so effective that many Americans aged forty-five and younger have little to no comprehension of the lethal threats that these diseases once posed, contributing to their doubts about vaccine safety and their opposition to government mandates. In a 2015 national survey, 41 percent of eighteen- to twenty-nine-year-olds and 35 percent of thirty- to forty-nine-year-olds said that parents should be able to decide whether to vaccinate their children. In comparison, only 23 percent of fifty- to sixty-four-year-olds and 20 percent of those sixty-five and older said the same. These differences are likely partially explained by the comparatively greater proportion of younger Americans who believe that vaccines are unsafe (Pew Research Center 2015).

Yet despite these troubling trends, in 2015 the rate of vaccination for infants and kindergartners in the great majority of states and communities remained at or above 90 percent. At such rates that approach “herd immunity,” it is difficult for infectious diseases such as measles to spread, enabling outbreaks to be contained. But according to 2015 estimates, some states and communities remain dangerous outliers. In Arizona, it is estimated that only 84 percent of infants are vaccinated for MMR. In Michigan, only 59 percent are covered for rotavirus. Moreover, across states, poor communities tend to have disproportionately low rates of infant vaccination (Elam-Evans et al. 2014). At the other end of the spectrum, in some wealthy communities in California, the rate of vaccination for kindergartners is only 50 percent (Yang et al. 2016). 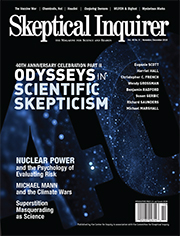 Overall, these statistics paint a complicated portrait. Vaccination rates remain strong in the great majority of U.S. communities, suggesting that vaccine doubts among parents are not translating into a national-level problem. Yet in some communities, childhood vaccination rates are dangerously below herd immunity levels. To counter these trends, research suggests that a nationally focused education and media campaign could create awareness among parents of a false “controversy” that backfires by generating greater doubt and concerns (see Nyhan et al. 2014).

Instead, what are needed are carefully evaluated communication strategies tailored to the dynamics of doctor-parent interactions and to specific communities, regions, and school districts that have high rates of non-vaccination. Policy measures, such as changes in state laws and programs that make it more affordable or easier to access vaccination services, are also needed. In each approach, the complexity of parent attitudes and decisions needs to be carefully considered. Simplistic characterizations of parents as either antiscience “deniers” or pro-science “believers” are misleading and counterproductive.

Not surprisingly, the most relevant population to target from a communication standpoint is parents with young children. In this case, a 2010 nationally representative survey of parents provides several tentative insights. That year, more than 80 percent of parents with children under age six said that they had already vaccinated their children, and another 11 percent said they planned to vaccinate their kids with all recommended vaccines (Kennedy et al. 2011).

Despite a high rate of reported compliance, only 23 percent of parents said that they had no concerns about childhood vaccines. Many, even if deciding to vaccinate their children, harbor a variety of questions, concerns, and even doubts. Top concerns included that it might be painful for children to receive so many shots (38 percent of parents); that children were receiving too many shots in one doctor’s visit (36 percent); that children are getting too many vaccines during the first two years of life (34 percent); that vaccines might cause fevers (32 percent); that vaccines may cause learning disabilities and autism (30 percent); and that the ingredients in vaccines are unsafe (26 percent) (Kennedy et al. 2011).

When asked which sources they are most likely to turn to for advice, 85 percent of parents mentioned health care providers, and 80 percent said that they trusted their advice. No other source came close. Surprisingly, despite fears about the spread of misinformation online, parents were far less likely to say that they turn to the Internet. The authors of the study conclude that “the Internet probably supplements, but does not replace, direct communication with a health care provider or other trusted individual” (Kennedy et al. 2011).

Given the central role that health care providers play, there is some debate over the best approaches they should adopt in communicating with parents. Some experts argue for a “presumptive” approach in which health care providers assume during routine visits that parents agree to the recommended schedule of vaccinations. In the presumptive approach, providers broach the topic by simply saying, “Well, we have to do some shots,” and may follow by adding, “So, we’ll do three shots and the drink. Is this okay?” Research suggests that this approach results in the highest rate of vaccination compliance among parents and their children (Opel et al. 2013).

Others argue for a “participatory” approach in which health care providers actively volunteer to address any concerns or questions that parents might have about vaccination. Research suggests that this approach results in a lower vaccination rate than the presumptive strategy, or may delay vaccination as parents put off the decision for a later visit. But advocates of the participatory approach argue that it reduces feelings of possible alienation or distrust among parents and avoids a possible backlash against overly presumptive health care providers (see Hendrix et al. 2016 for discussion).

Apart from the communication approach used by health care providers, other strategies are needed to increase vaccination rates among children from low-income households. These may include eliminating co-payments for vaccination-related doctor’s visits, implementing home visits by health care providers, providing vaccination services at day care facilities and schools, and including vaccinations as part of other government benefits provided to low-income women and children (Community Preventive Services Task Force n.d.).

Several studies have identified the socio-demographic correlates of those outlier schools or districts with high rates of parents seeking vaccine exemption for religious or philosophical beliefs. For these parents, cost or access to health care is not the problem. Indeed, belief exemptions are most likely to occur in communities of so-called “white privilege,” defined by their economic affluence and overwhelmingly white populations.

For example, in California, between 2007 and 2013, the percentage of religious and philosophical exemptions for children statewide is estimated to have increased from only 1 percent to 3 percent, but some suburban communities in the state are estimated to have exemption rates close to 50 percent. Within these mostly white communities, non-vaccination rates tend to be highest in smaller private and charter schools. Studies have found similar correlates of nonexemption rates in several Midwest areas (Yang et al. 2016).

There is no silver-bullet approach to shifting the views of parents in these affluent communities. Each needs to be more carefully studied, identifying the specific parental concerns and beliefs unique to each context. Research should also examine how information about vaccination is shared among parents within the community, including the role of local health care providers, schools, churches, parent groups, elected officials, the news media, and social media.

Several legislative and policy strategies are perhaps even more likely to be effective. For example, in 2015 California joined other states in no longer allowing parents enrolling their children in schools and day cares to claim a religious or philosophical exemption. Following the adoption of the rule, the percentage of vaccinated kindergartners entering the state’s schools was the highest in a decade (Pearlstein 2016).

More research, data, and time are needed to fully assess the impact of the California mandate and similar actions in other states. Such mandates are likely to be legally challenged and may reinforce distrust and alienation among parents. An alternative is to require that parents opting for a belief exemption pay an annual processing fee, set at a sliding scale based on income. The goal is to make a belief exemption by parents less convenient and more burdensome. The strategy is not only likely to increase vaccination rates but also generate revenue for vaccine education and outreach programs. More analysis of this strategy is merited (Billington and Omer 2016).