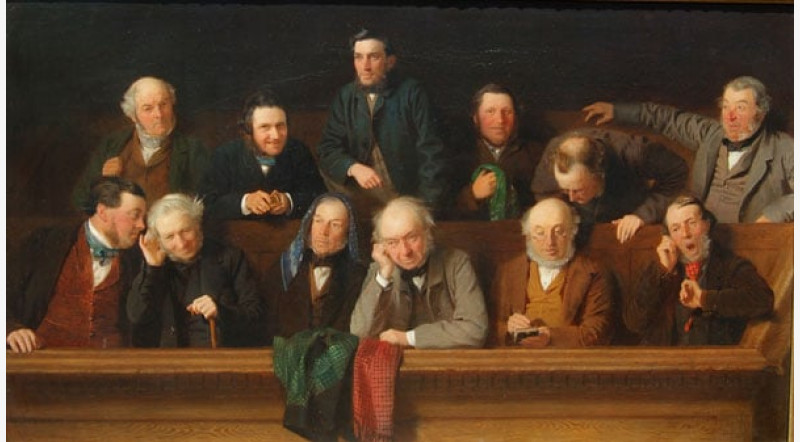 In 2010, Professor Janet Randall of Northeastern University was invited by the Massachusetts Bar Association (MBA) to be the linguist on their Jury Instruction Task Force, to help them rewrite Massachusetts civil jury instructions. California had just rewritten its instructions – also with help from linguists – and the MBA believed that Massachusetts’ instructions are no less impenetrable and result not only in disengaged jurors but misinformed verdicts, including verdicts in death-penalty cases (Charrow & Charrow 1979; Solan 2001; Tiersma 2009).

Now, you may be wondering: a linguist? Lawyers don’t need linguists to write the law. However, linguists understand language in a way that lawyers don’t – they have an insider’s view of ambiguity, scope, passive verbs, coreference, and other complex syntactic structures and an outsider’s view of “legalese”, the jargon that makes legal language so impenetrable by the rest of us. With this perspective, they can eliminate the “polysyllabic mystification [that] reduces the quality of justice” and replace it with straightforward, unambiguous prose.

Yet, noble as the MBA’s intention was, and as attuned to language as linguists are, no Massachusetts judge would eagerly abandon his or her time-worn instructions. Even in California (and other states that eventually rewrote their instructions), there were obstacles to reform: simple inertia; the notion that jury instructions are “sacred texts;” that they should be phrased to inspire awe and respect for the court; and that revising them wouldn’t get jurors to listen to them anyway and might cause earlier decisions to be challenged. Resisters even challenged the empirical studies showing how incomprehensible instructions are, claiming, “there’s really no problem with them.” (Cronan, 2002; Marder, 2006). To overcome such biases, the judges would need irrefutable evidence that the instructions are deeply flawed.

This is where Northeastern’s Linguistics and Law Lab has stepped in. We has sought to address these issues from multiple aspects. Just as our team is composed of many students from different majors and backgrounds, we have explored many solutions. These range from quantitively analyzing the usage of legalese terms to writing revised jury instructions in line with our researched findings. As we expand our focus from simply Plain English Jury Instructions to all aspects located on the intersection of law and linguistics, we are excited to increase the breadth and depth of our research.