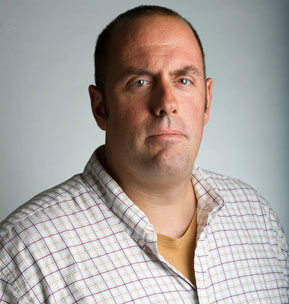 My research interests span issues in ecology, fisheries and conservation biology, social-ecological coupling, environmental policy, and ecological economics. I have used a variety of estuarine (oyster reef, seagrass, salt marsh, mud bottom) and marine (kelp bed, cobble-ledge) systems to examine how resource availability, habitat heterogeneity and predation risk affect population dynamics, community structure, and ecosystem functioning. Much of this work focuses on economically important species such as lobsters, cod, herring, monkfish, and oysters, and consequently is relevant for fisheries and ecosystem management. My lab also focuses on how habitat degradation and restoration influence benthic community structure, population structure, and the transfer of energy to higher trophic levels. In addition, we are interested in how fisheries management initiatives such as the design of closed areas, delineation of stock boundaries, fishing gear modifications, and quota setting impact fish population structure and fisheries productivity, essential fish habitat protection, community structure, and the social capital of stakeholders. 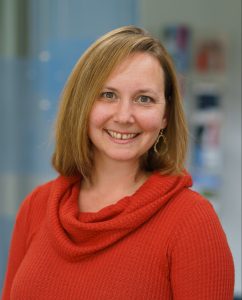 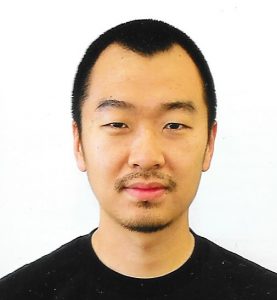 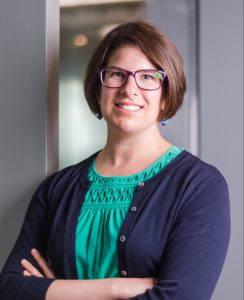 Theresa is a benthic community ecologist interested in informing coastal restoration using targeted experimental and modeling approaches. She is examining the role of biodiversity, and/or other characteristics of resilient coastal ecosystems, in mediating the impacts of stressors on coastal habitats and their ability to function and provide ecosystem functions and services. She is currently comparing the capacity of oyster reefs with different characteristics to augment fish production. She is co-advised by Dr. Randall Hughes. For her Master’s degree at the Virginia Institute of Marine Science, Theresa examined the biological impacts of living shoreline construction on benthic biota. Prior to joining the Grabowski lab, she developed strategies for monitoring and adaptive management of restoration as part of the Natural Resources Damage Assessment (NRDA) process following the Deepwater Horizon oil spill. 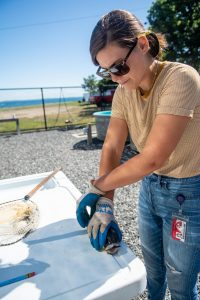 Kelsey graduated from The Ohio State University in 2014 with a B.S. in Biology.  Directly following graduation, she entered into the Three Seas Master’s program at Northeastern, where she focused on the effects of oyster density, biomass, and tidal height on biogeochemical cycling on natural oyster reefs. After receiving her Master’s degree, Kelsey was hired as the research technician for the Grabowski lab, where she worked for 2.5 years before transitioning into her Ph.D  in the fall of 2018. Kelsey plans to continue building upon her Master’s research for her dissertation, exploring the effects of oyster reefs and aquaculture sites on various ecosystem services. 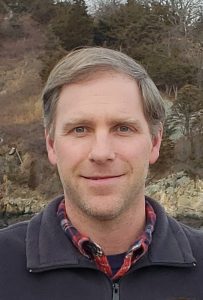 Eric graduated from University of Massachusetts, Amherst with a B.S. in Natural Resource Sciences in 2000. He then worked as a research technician in a variety of systems for the U.S. Fish and Wildlife Service, UMass Cooperative Research Unit, and National Park Service, as well for Wake Forest University in the Galapagos Archipelago, before pursuing a Master’s Degree at the University of Rhode Island (URI). After completing his M.S. at URI in 2005, Eric began his career at the Rhode Island (RI) Dept. of Environmental Management (DEM) in the Office of Water Resources as biologist in the before moving to the Division of Marine Fisheries (DMF) in 2008. At DMF, Eric has broad habitat-related responsibilities focusing on habitat assessment, protection, and restoration. Since 2014, he has led the DMF oyster restoration program and worked collaboratively with Drs. Jonathan Grabowski and Randall Hughes, and The Nature Conservancy (TNC) on oyster-related research in RI. Eric is co-advised by Drs. Grabowski and Hughes and is broadly interested in fisheries, conservation, and community ecology. In the Grabowski lab, Eric is particularly interested using standardized survey and analytical approaches to quantify fish and mobile invertebrate production of restored oyster reefs, as well as assessing how restoration practices, oyster reef community properties, and environmental factors influence restoration success. He’s also particularly interested using approaches that consider both social and ecological aspects to develop restoration plans for shellfish in RI. 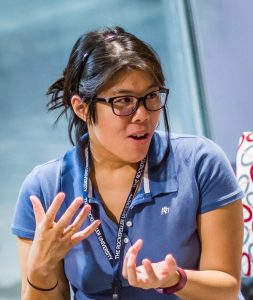 Helen graduated from Stony Brook University with a B.S. in Biological Sciences in 2009. After completing her undergraduate studies, Helen interned on Nantucket, MA at the Maria Mitchell Association and subsequently, in Sarasota, Florida at Mote Marine Laboratory, before moving on to pursue a M.S degree in Zoology at the University of New Hampshire. At the University of New Hampshire, Helen’s graduate work entailed studying the environmental influences on American horseshoe crab (Limulus polyphemus) behavior and distribution in the Great Bay Estuary, N.H. U.S.A, and initiating a citizen science program to survey for horseshoe crabs in New Hampshire, completing her Master’s work in 2014. Afterwards, Helen worked at the National Oceanic and Atmospheric Administration (NOAA) National Sea Grant Office as a John A. Knauss Fellow in 2015, where she was exposed to marine policy at the federal level and worked on issues relating to coastal resilience and coastal communities. After the fellowship, Helen worked for New York Sea Grant as the Coastal Resilience Extension Specialist based in New York City. Her work in extension and outreach included translating and communicating relevant science of climate and weather as well as preparedness information to urban coastal communities and translating information of local urban ecological issues to, overall, inform new science research and decision-making. As a PhD student in the Grabowski Lab at Northeastern University, Helen is looking forward to enhancing her knowledge and experience, working on issues relating to coastal and estuarine ecosystems, social-ecological issues, and fisheries management. 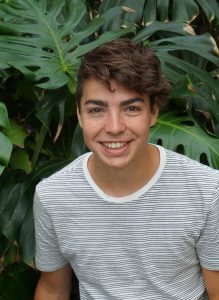 Tommy Steriti graduated from Northeastern University in 2019 with a B.S. in Environmental Science, concentrated in conservation science.  Through his undergraduate capstone, he worked with the Grabowski Lab to explore the impacts of injury and competition on the habitat selectivity and foraging behavior of the juvenile American lobster. Tommy is more broadly interested in the ecology and sustainability of fisheries and aquaculture. 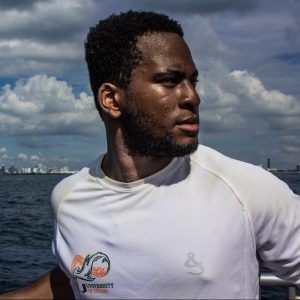 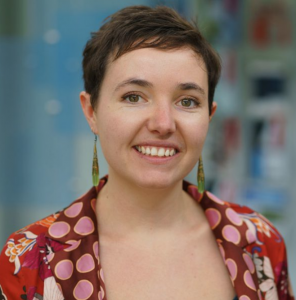 Louise graduated from The University of St Andrews in 2015 with a BSc in Marine Biology. Her PhD research focused on the impacts of ocean acidification and warming on marine bivalves and their fisheries. She answered these questions using a combination of field studies of bivalve performance across naturally occurring carbonate chemistry gradients that can be used as a proxy for future climate change, and through tank experiments that she used to investigate how ocean acidification and warming interact to impact bivalve physiology. You can learn more about her research on her website: https://louisecameronphd.wordpress.com. Louise received her doctorate degree in April 2020. 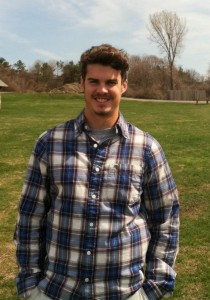 Robert Murphy graduated from Northeastern University with a B.S. in Marine Biology in 2012. During his undergraduate career, Robert worked in the Grabowski lab studying the diet of the recreationally important striped bass (Morone saxatilis). His Ph.D. research aimed to further examine the potential relationship between striped bass and their dominant prey items in the Gulf of Maine. Specifically, his research focused on understanding the intricacies behind striped bass prey selectivity and potential physiological and ecological implications of prey  selection. Bobby’s research also targeted striped bass management along with the socio-economic consequences of policy reform. His survey work aimed to identify the perceptions and local ecological knowledge of striped bass fishers in New England. Bobby received his doctoral degree in May 2018.

Chris Baillie received his B.S. in Biology with a minor in Marine Science from the University of North Carolina at Chapel Hill in 2010. After completing his undergraduate, Chris worked with Dr. Joel Fodrie at the University of North Carolina as a technician working on fisheries ecology in seagrass and oyster reef systems. Broadly, his interests include marine community ecology and conservation. More specifically, he is interested in connectivity of marine ecosystems and populations, complex trophic interactions, impacts of anthropogenic modifications to marine systems, and disease ecology.  His Ph.D. dissertation centered around the invasive shore crab, Hemigrapsus sanguineus. 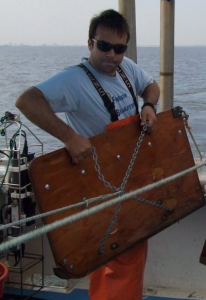 Chris Conroy received his doctoral degree in December 2016 where he focused on populations interactions in marine environments and how they are affected by anthropogenic factors such as fishing and climate change. More specifically, Chris studied the role that intrapopulation diversity plays in the stability and resilience of Atlantic cod Gadus morhua populations and its importance to the management of this essential fishery. 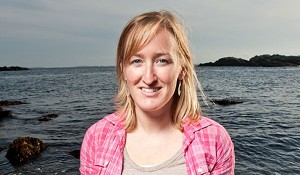 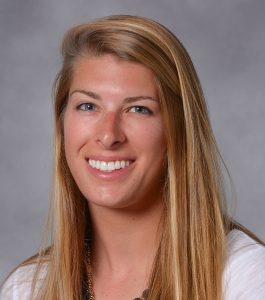 Alison graduated from Bates College in 2010 with a degree in Biology. She spent several years teaching high school science before beginning her master’s degree at Northeastern within the Three Seas Program. Her research in the Grabowski Lab investigated the use of living shorelines in the form of oyster reefs to restore estuarine habitats. Working with the Town of Essex, Alison’s study focused on selecting sites where oysters could both survive and provide the greatest ecosystem services to The Great Marsh, such as erosion control and wave attenuation. In this study, she tracked the survival and growth of juvenile remote set oysters; measured sedimentation rates, sediment organic matter, and natural recruitment; and quantified the rate of marsh retreat over the past decade.

Kelsey Schultz graduated from The Ohio State University in 2014 with a B.S. in Biology.  Directly following graduation, she entered into the Three Seas Master’s program at Northeastern, where she explored the ecosystem services oysters provide, including their ability to improve water quality in coastal areas. More specifically, she compared natural oyster reefs and oyster aquaculture sites, exploring the potential effects of oysters on reef nutrient cycling in both locations. She mainly focused on the effects of oyster density and biomass on biogeochemical cycling by looking at tissue and shell bioassimilation and reef sediment organic matter. 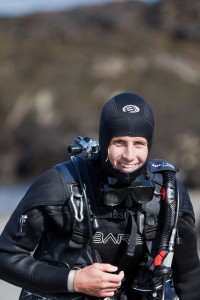 Stephen Heck graduated from Middlebury College in 2010 with a B.A. in Biology.  Since then, he has spent the warmer seasons working as a research technician on a bay scallop restoration project in Nantucket, MA.  For the better part of each year he conducted background research for the Environmental Defense Fund on several fisheries conservation projects. Stephen completed his masters degree through the Three Seas Program of Northeastern University.  Fundamentally intrigued by the interconnectivity of everything, he is particularly interested in studying the effects that anthropogenic activities have on marine ecosystems and using research to understand how to best mitigate those impacts.  Stephen explored population dynamics of sea scallops in the Gulf of Maine during his time in the Grabowski lab