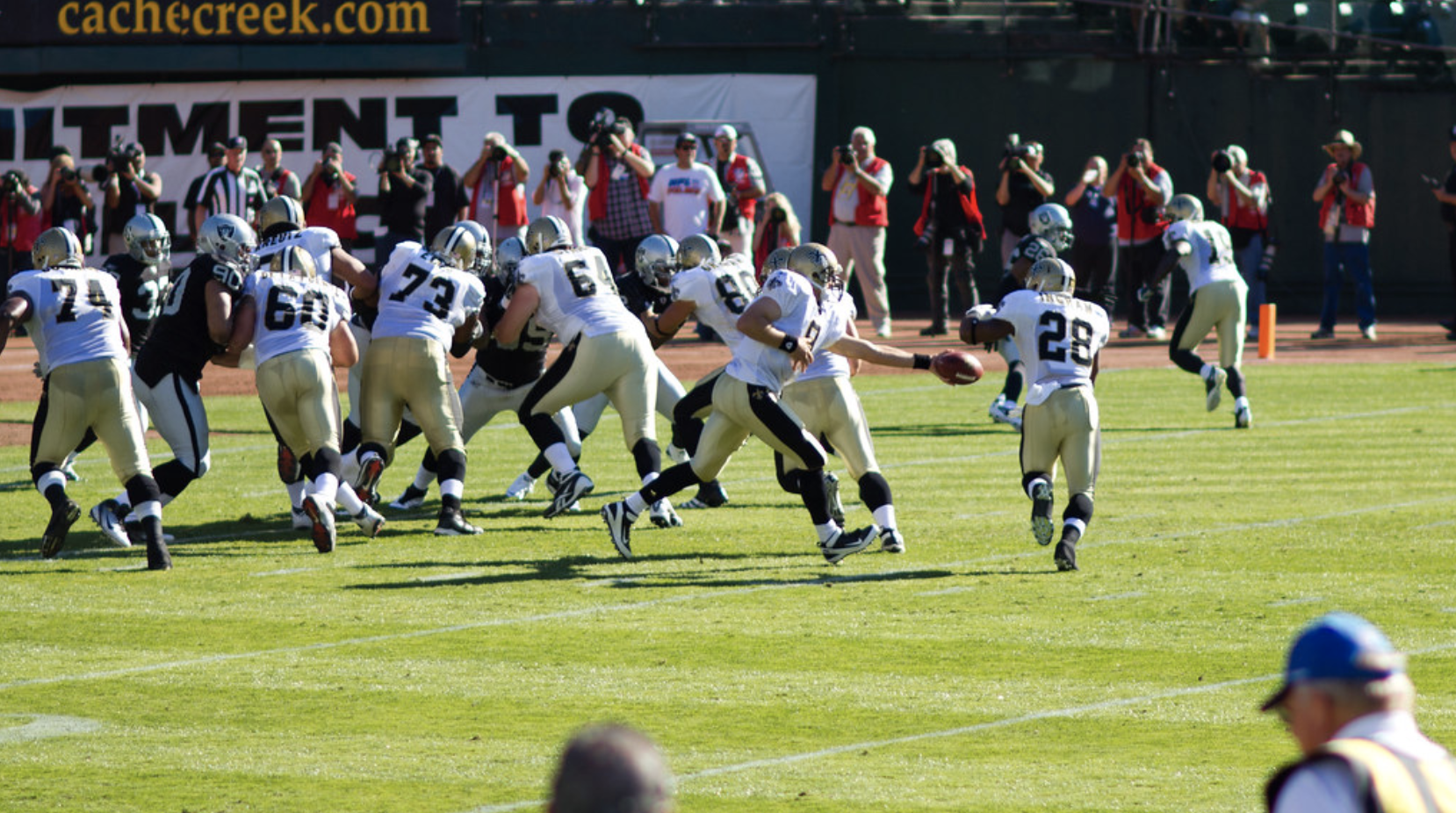 Remember when Mike Shanahan was the head coach of the Denver Broncos and he would churn out 1,000 yard rushers like no other? Sometimes even with sub-optimal talent at the running back position, Shanahan would produce some of the league’s best running attacks. Sure, he had stars like Terrell Davis and Clinton Portis, but other runners like Olandis Gary, Mike Anderson, and Reuben Droughns also each generated over 1100 yards in different seasons under Shanahan.

Thanks to the help of offensive line coach Alex Gibbs and offensive assistant Gary Kubiak, the Broncos were the first team in the NFL to implement the zone run. It was the perfect counter to teams that liked to stunt, creating unique pressures where defensive players looped and slanted. The zone run simplified blocking assignments to pick defensive players off in your area rather than chasing down players who are moving outside of their pre-snap gap.

Since Shanahan’s success in the 1990s, his assistants—names like Kubiak, Matt LaFleur, and Shanahan’s son, Kyle— have spread around the league carrying a variation of the same hot offense wrecking defenses each week: the wide-zone scheme.

The wide-zone run scheme is a play based on horizontal movement. With the wide zone run scheme, offensive linemen work laterally as they try to gain the edge. Even if they cannot gain the edge, running backs will work outside-in until a gap pops open. This system rewards athletic linemen that can climb to the second level quickly, and running backs that are elusive, and can make a defense pay when it is not gap sound.

Playoff teams such as the Browns, Rams, and Titans all showcased this system in 2020 by displaying versatility and using different tactics than the rest of the league. Where most teams use zero or one tight ends frequently, the Browns and Titans have relied heavily on the position. According to Sharp Football Stats, the Browns and Titans each used 12 (1 RB, 2 TEs) and 13 (1 RB, 3 TEs) personnel on at least 40% of their snaps (there was only one other team above 32%).

As spread and air raid offenses become more normalized in the NFL, three and four wide receiver sets are the standard. Most teams would rather live in an offense with 10 or 11 personnel (0 and 1 TE) whereas the Browns and Titans use more tight ends than anyone while seeing a ton of success from that.

The Titans and Browns prove that teams can be even more effective with one and two wide receiver sets. Although they may lack speed and playmaking on the surface, Tennessee and Cleveland are able to be much more dynamic in the run game, while pinpointing mismatches in the passing game. With their personnel diversification, Tennessee and Cleveland finished third and sixth in expected points added per play (also known as EPA), respectively. That’s compared to a pre-wide-zone Tennessee team that finished 24th in EPA in 2018 (the year before they implemented the system) and a Cleveland side that finished 21st last year.

Additionally, the Rams are not as diverse on the formation front or in terms of personnel groupings as the Titans and Browns, but they manipulate spacing as well as any team. In fact, despite the present-day knack for NFL teams to “spread” the field as much as possible, head coach Sean McVay has done the exact opposite by aligning his receivers tightly in condensed formations . Because of this, the Rams are able to get their proficient blocking receivers like Cooper Kupp and Robert Woods as beneficiaries in the run game. Moreover, their tight splits are an easy way to generate crossing routes and mesh against man coverage.

Deception plays a key role in any high-level offense. The name of the game is to create advantageous leverage over the defense or create misalignment to get the defense on its heels. This system creates deception in simple ways, and here are a few teams doing it at the highest level.

Kyle Shanahan has been around the wide zone since starting his coaching career. Shanahan has generated success in Houston, Washington, Atlanta, and most recently, San Francisco. A foundational component of making Shanahan’s run game work is his use of pre-snap motions and shifts, which accounted for nearly 75% of his plays in 2020.

Analysts call it “window dressing” or “eye candy,” but motioning also forces the defense to counter and show their hand. Whether it is used as a defensive identification to show man or zone coverage, or even for the defense to check out of their initial play call at the last second, motioning creates confusion for the opposition.

Shanahan utilizes more pre-snap motion than anyone by creating different looks and putting different players in stress on defense.

The Rams use pre-snap motion on over 50% of their snaps. Nevertheless, since his arrival, a foundational piece of Sean McVay’s offense has been his abundant use of jet motion.

Jet sweeps are handoffs given to receivers who move in motion prior to the snap parallel to the line of scrimmage – the scheme is the same up front for the offensive line. It is a variation of wide zone and it is an easy way to give your best playmakers the ball in space.

However, the jet sweep serves a lot more purpose than just an outside run. It can also be used to open up inside running lanes, generate extended screens, and set up bootlegs, among other plays.

When set up properly, jet sweeps can create chunk plays in the run and it’s another way to get your best players the ball in space. According to Sharp Football Stats, through Week 7, the Rams accounted for 15% of the league’s jet sweep rushes.

Among these three teams: the Rams, Titans, and Browns are second, fifth, and 12th respectively in play action rates. The wide-zone scheme is conducive to more of a play-action structure because of the horizontal movement by the offensive line. As a second level defender or even a safety, it can be impossible to differentiate between a wide zone run and a play action pass from under center:

This produces confusion and forces the defense to hesitate—a costly mistake in a game of inches.

The MVP of 2020-2021 will likely be Aaron Rodgers after arguably the best year of his illustrious career, posting a career-best 70.7% completion percentage for 4,299 yards along with a ridiculous 48 touchdowns to 5 interceptions in 2020. He also operates a wide-zone scheme and is evidence of what this offense looks like with cream of the crop talent at quarterback. But what about teams without top tier quarterback talent? The Browns, Rams, and Titans each saw big numbers out of their quarterbacks, despite limitations in terms of arm talent, pocket presence, and athleticism. These quarterbacks each prove you don’t need generational talent at quarterback to execute a high level offense:

All three of these quarterbacks have had their struggles in the NFL but they have all found success in their respective wide-zone schemes. Mayfield and Tannehill have experienced rebirths as part of their wide zone offenses. Goff has seen better days and struggled down the stretch in 2020, but in general, he has played average to above-average football in his career under McVay.

This is because the wide-zone system is quarterback-friendly–it does not ask a ton from quarterbacks in terms of processing.

Our idea of the NFL quarterback since the 1980s from the Bill Walsh and Joe Montana days has been someone who can execute some form of a West Coast offense requiring pinpoint accuracy, a methodical approach to the pass game, and a near-cerebral IQ. The West Coast offense usually requires full-field reads of the defense, while this offense, by and large, is anything but that. The wide-zone scheme manipulates half-field reads using bootlegs, generating easy, manufactured touches to playmakers in space, as well as throw into advantageous numbers and 1-on-1 matchups.

Our idea of a West Coast quarterback prototype is someone with great pocket presence, a strong arm, and big stature. The three quarterbacks above don’t exactly fit that mold. The wide zone scheme embraces athleticism and playmaking from the quarterback position, without the big-time throws we are accustomed to from past era quarterbacks.

While each offense has their own variation to optimize their personnel, the foundation of each wide-zone offense in the NFL is eerily similar and they have consistently created nightmares for opposing defenses with a multitude of different fits and confusion.

It’s a formula that has produced some of the league’s best offenses  while optimizing average QB talent.

The innovations are not radical but they are simple, and subtle, making a big impact in the game and on the stat sheet. In the past few seasons, we’ve seen this offense take off and it’s poised to continue its evolution around the league in the years to come. 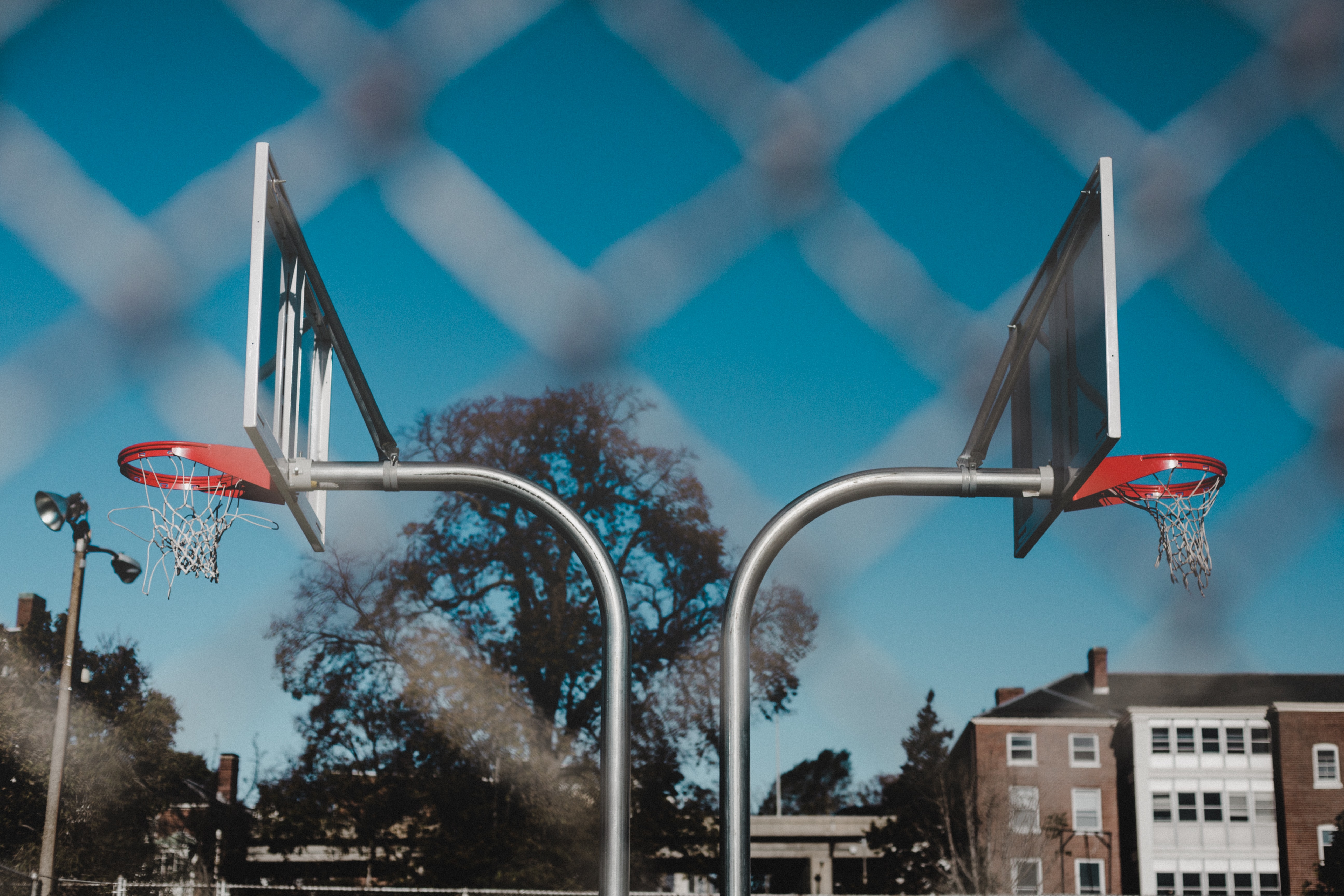 The Equalizer: Lyndsey D’Arcangelo on the Rising Role of Women in Sports Journalism 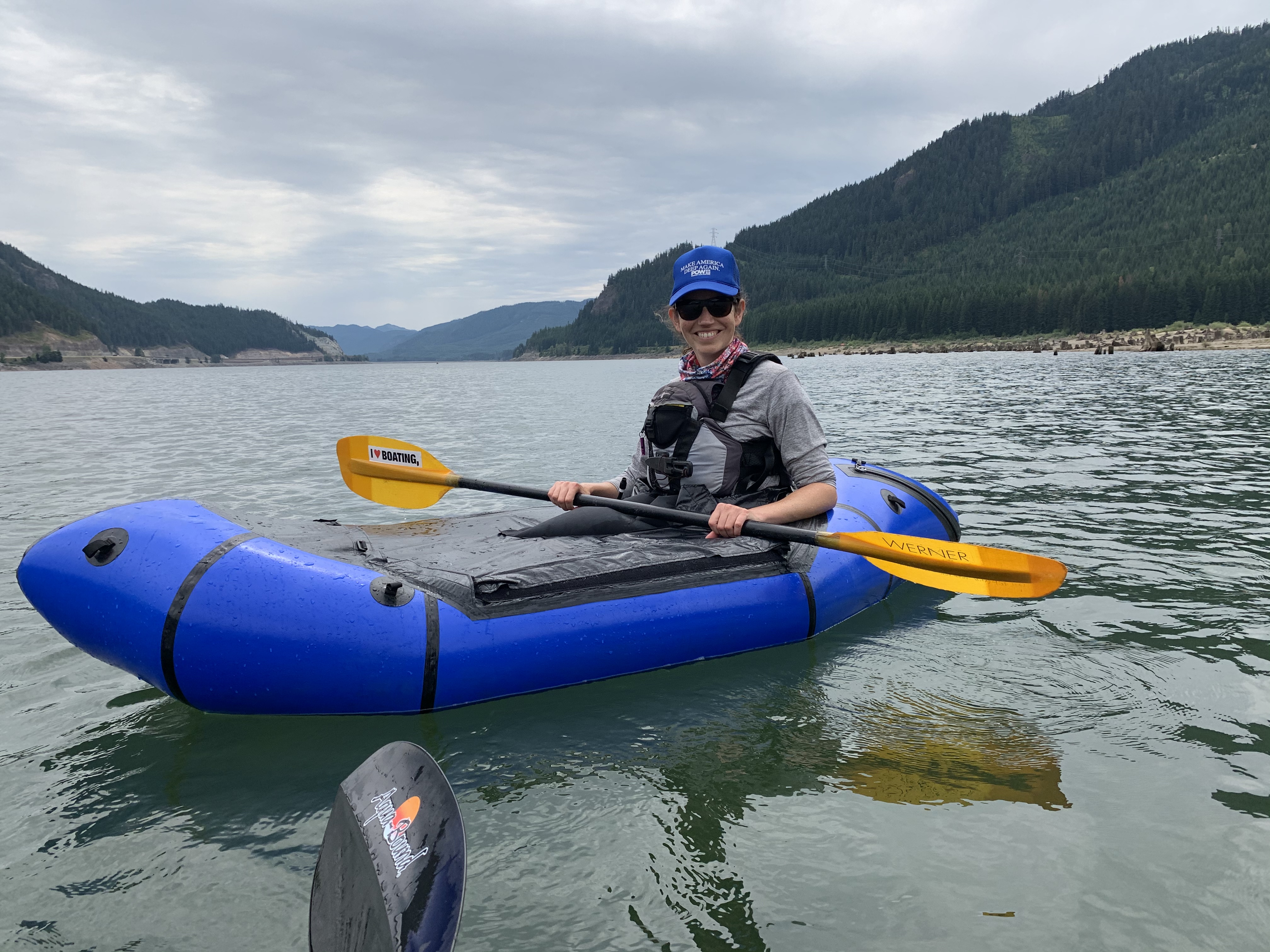 Around the Bend: Heather Hansman on How Sports Can Help Environmental Journalism 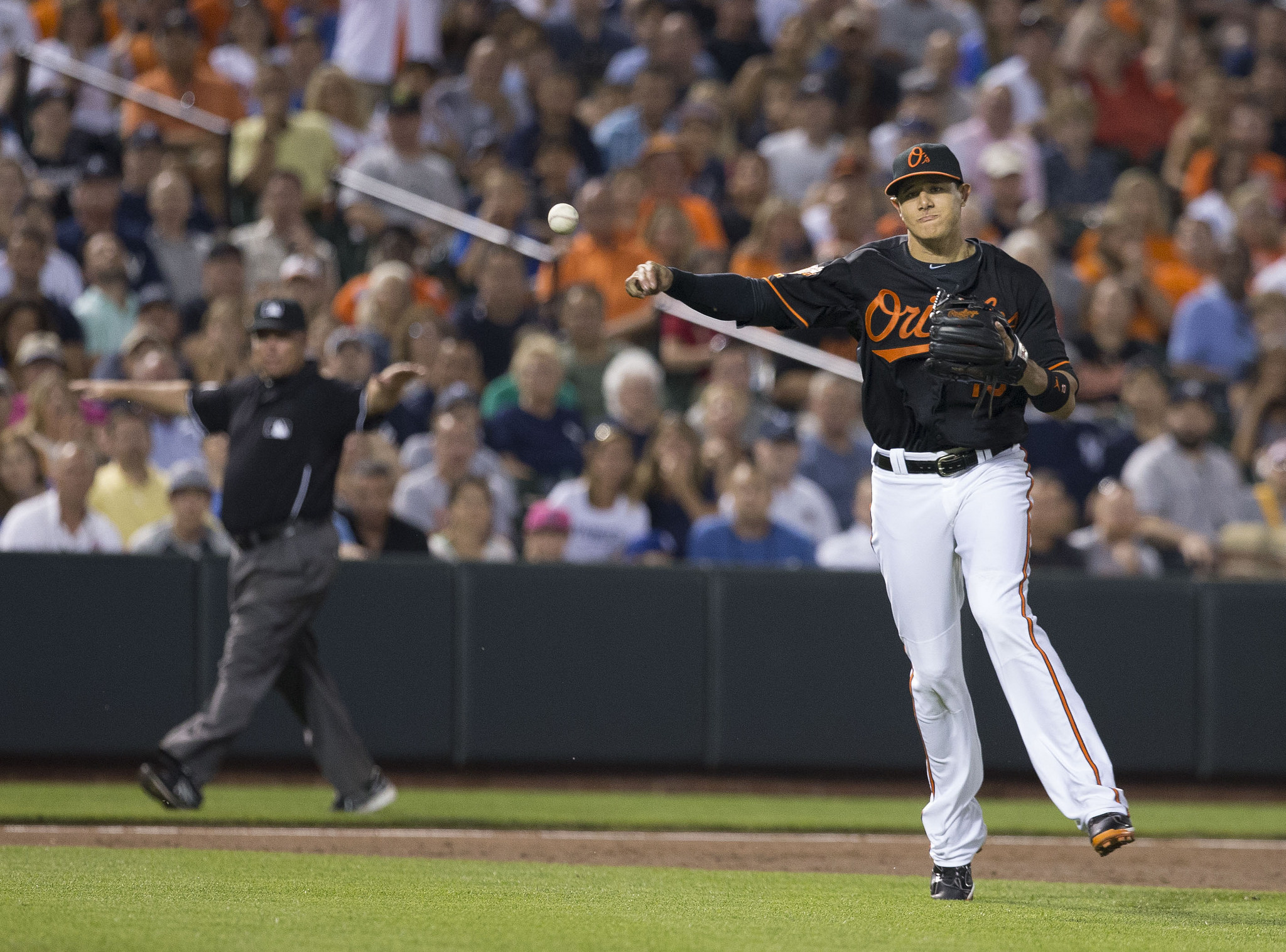 How does MLB’s free agent “Dream Team” stack up?