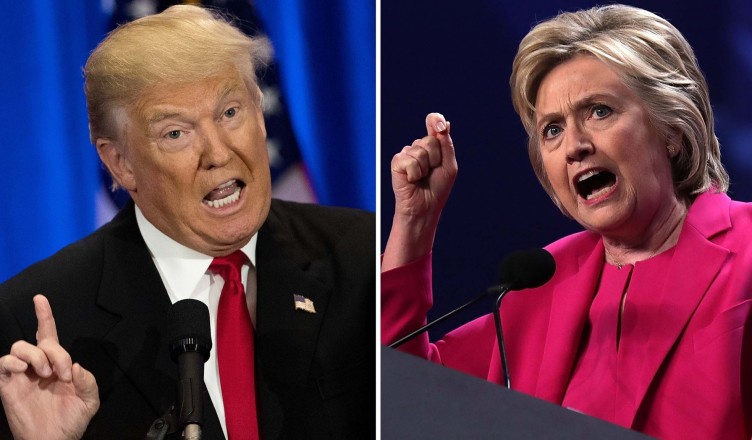 There are several hot button issues being discussed in this election which presidential candidates Donald Trump and Hillary Clinton have distinctly different views such as  immigration, climate change and terrorism. But there’s one issue that both candidates happen at least lean the same direction in: Trade Law. If you have been listening to either candidate, free trade agreements like the North American Free Trade Agreement (NAFTA) have been harming the middle class and the US is being taken advantage of by foreign nations. Our manufacturing jobs are being outsourced and we are being flooded with imports that are putting American workers out of business. This all sounds very scary, leaving many convinced that free trade agreements are harmful for the economy, which is the rhetoric coming from both candidates. However, a study by the Peterson Institute for International Economics, a pro free trade think tank, found that both Clinton’s and Trump’s trade policy would lead to a loss of US income and employment. As Trump goes farther is his anti-trade policies, such as implementing high tariffs (taxes on imports) on Chinese and Mexican goods, leaving the Word Trade Organization, and ripping up NAFTA, the study predicts that the US economy would fall into a recession as a result of Trump’s plan, caused by Chinese and Mexican retaliation on American goods, leading to a trade war. The potential trade war would put millions of non-traded jobs at risk, especially low wage service sector jobs, according to the study.

International trade is a complex subject at the crossroads of economics and law, topics that average Americans aren’t well privy too, but considering that it’s being made into a hot button issue this election, it is important to look less at the soundbites and more at the studies in order to make an informed decision. While millions of Americans tuned into the presidential debate in september, far less of them researched studies analysing the effects of international trade, which is why the falsehoods presented by the candidates must be challenged. For instance, while both Trump and Clinton believe that NAFTA has been harmful to the US, 95% of economists in a survey done by the University of Chicago School of Business agreed (and it’s pretty rare that economists agree) that the average American is better off as a result of NAFTA. Data also shows that NAFTA has increased US welfare by .08%, a modest amount, but considering that trade with Mexico and Canada make up a small portion of US GDP, the overall net effect of NAFTA has been minor. NAFTA is also responsible for lowering the price of manufactured goods, as almost every year since NAFTA, the price of goods have fallen (except for volatile food and energy) allowing American consumers to have more purchasing power and able to buy more goods and services. Also, while the Trans-Pacific Partnership (TPP) is viewed as harmful by both candidates for the average American, the TPP is predicted to increase real incomes by $131 billion ($1,000 per household) by 2030 in the US.

This is not to say that globalization hasn’t had harmful effects, as while Americans enjoy cheaper goods as a result of comparative advantage and specialization, which has at the same time lifted hundreds of millions of citizens in developing nations out of poverty, unemployment in the US as a result of outsourcing has had devastating effects on households. Workers who lose their jobs, as local factories and plants leave the country, struggle to find employment which they may not obtain for months or even years later, all while their family’s standard of living plummets. This trade off shows the necessity of having globalization being properly managed and have the losers of globalization, who have lost due to no fault of their own, be modestly compensated by the winners, who gained due to no increased merit of their own. A slightly higher tax on highly paid skilled labor, who overall benefit from trade deals, that is used to finance temporary benefits and job training to low skill labor who have seen their job prospects and income decline, would be a satisfactory policy so that all can benefit from trade.

But let us look back as see what high tariffs, which Trump is proposing, have done for the US. During the global downturn of the Great Depression, the economies of many western nations were shrinking rapidly and American businessmen and lawmakers sought to protect American enterprise, and thus pushed through legislation which raised tariffs exponentially, known as the Smoot-Hawley Tariffs. These tariffs became the poster child of failed trade policy as it backfired and led to an international trade war. The tariffs are accredited with increasing the length and severity of the Great Depression. After the failed tariffs, congress lost the ability to set trade policy, as in 1934, the Reciprocal Trade Agreements Act (RTAA) became signed into law, which gave the responsibility of negotiating trade agreement and enacting tariffs to the executive branch rather than the legislative. The Smoot-Hawley Tariffs show the danger of “Beggar-thy-Neighbor” policies, as they are known, as a nation acting solely in their own interest without any regard for the interest of others will find themselves being made worse off due to their unwillingness to compromise. This situation is known as a “Nash Equilibrium” a situation in game theory where two players don’t stand to gain when acting unilaterally, emphasizing the importance of cooperation and compromise to achieve mutual benefit.

No matter who wins this November, prospects look bleak for international trade, and it is our responsibility as voters to become more knowledgeable and informed on this issue and listen to the experts rather than pundits.