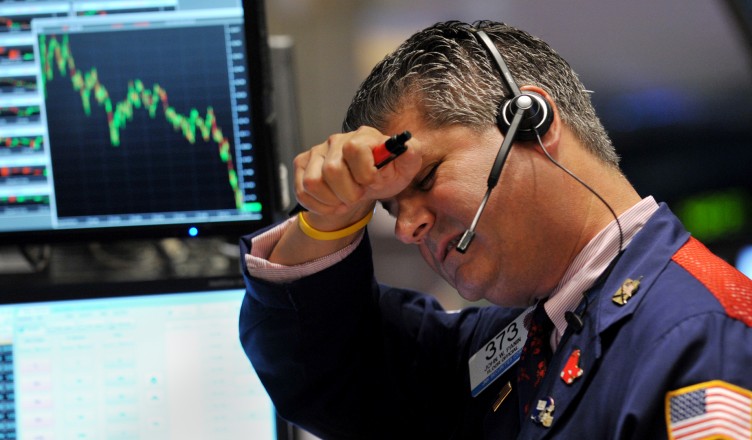 In light of the new blockbuster Wall Street movie, The Big Short, and the 2016 presidential election, it has become more important than ever before for people to understand the 2008 financial crisis and how it can be prevented from happening again.

As scary as the term “Mortgage-backed security” sounds, the basic concept is not difficult to understand. We will call it “MBS” for short.

Basically what an MBS does is bundle-up thousands of mortgages into one bond that investors can buy to have a stable source of interest income. Mortgage salesmen would sell the mortgages to homebuyers and Wall Street would buy them up and repackage them into a MBS which they would sell of to investors. The reason Wall Street thought this was a good idea was because home loans were very safe investments. Homeowners rarely defaulted on their mortgages and even if they did, the bank could acquire the home and sell it for a profit.

Home prices were always going up and were considered a juggernaut of the American economy. This fact added a sense of security for Wall Street investors because if they wanted to sell a defaulted home they would make a profit and it also convinced them that there would always be an ample supply of American home buyers because everyone wants to owns safe assets that are rising in price.

The whole system was working great until, one day, Wall Street couldn’t find any more qualified people to sell mortgages to. To solve this problem Wall Street started selling mortgages to people who did not qualify for one before. The mortgage salesmen lowered their credit score and down payment requirements. They also introduced a new type of mortgage called an “Adjustable Rate Mortgage” (ARM) that would entice home buyers by offering a lower rate in the beginning and raising it later. “NINJA” loans, or loans for people with No Income, No Job, and No Assets, also became common and should have been a sign that something fishy was going on in the mortgage market.

All of these changes reduced the quality of the mortgages and increased the market for “subprime mortgages” or more colloquially “mortgages for unqualified people”. The strange fact is that mortgage salesmen were actually incentivised to sell more subprime mortgages because they were more risky and, for that reason, carried a higher interest rate which Wall Street loved.

Even though the mortgage quality was down, Wall Street still believed these were stable investments for the reasons mentioned before. Mortgage defaults would rise, but the bank could still sell the house on the market to recoup the investment.

It seemed like a fool proof plan, but as we all know it was not; what Wall Street had actually done by giving loans to millions of unqualified borrowers, was create the largest bubble in financial history.

The housing market was extremely saturated; almost everyone that could own a home, owned one (or maybe even a couple), so the new homes being built were for no one. At the same time, the ticking time bomb of ARM’s was about to explode; for some time homeowners were just paying the lower rate on their ARM but when the rates unavoidably rose defaults skyrocketed, because people could not afford the higher rates. Total default rates more than doubled from 3% in 2000 to 10% in mid 2007.

Both of these factors combined created such a huge oversupply in the housing market that the unthinkable happened; home prices nationwide plummeted. Following almost directly after the spike in default rates, home prices nationwide declined nearly 20% from Q1 of 2007 to Q2 of 2011 according to the All-Transaction House Price Index.

This was hugely important, because the whole premise of MBS’s was that home prices would never fall. All of the safeguards of MBS’s were broken; when people defaulted on their loans Wall Street could not just sell the homes on the market because they were worth considerably less. Almost every entity in the financial industry had MBS’s on their books so when the housing market collapsed so did the value and liquidity of these firms. Pension and mutual funds of the middle class lost considerable value, hedge funds of the wealthy suffered and even the titan investment banks of Wall Street were brought to their knees. These entities suffered so much that many of them collapsed, most notably the now infamous investment bank Lehman Brothers.

What seemed like an ingenious money making idea ended up almost destroying the financial industry. The American home market craze followed the same pattern as most bubbles; the price of an asset was rising quickly and people did not want to be left out of party so they bought in but eventually reality sat in, the market fell, and people realized they were holding worthless paper. The 2008 crisis followed this pattern but was exacerbated not only by the false beliefs of the housing market but also by the false beliefs of risk reduction by financial innovation on Wall Street, most notably the mortgage-backed security. Understanding the basics of mortgage-backed securities is key to understanding the 2008 financial crisis, but it should also illuminate how systemic risks can be hidden in any financial system at any time. The hard lesson of the financial crisis is that people need to be vigilant when investing and should not be in awe of every new toy Wall Street creates.