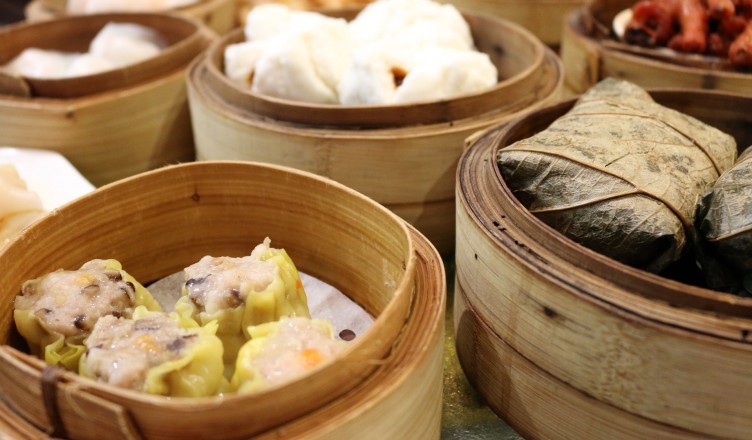 Based on Donald Trump’s election victory, American’s attitudes towards global trade have truly soured. The rhetoric now, as it had been during other tough times in our history, is that our jobs are being stolen through unfair foreign competition and therefore we need to adopt an “America First” policy to bring them back. This isn’t new for any party, even for free market Republicans, who pushed against the perceived threat of international trade in the 1920s and 1980s. But its first worth mentioning that trade didn’t play as big of a role in the election as many might think. Based on Pew Research, issues such as health care, immigration, gun policy and terrorism were relatively much important issues to voters than trade policy. Trump’s signature chant at his campaign rallies was of course “Build that wall”, not “Build that trade barrier”. His victory was culturally rather than economically driven. Yet it’s still important to talk about the reaction people have had against foreign trade. And it’s not just trade, but environmental regulation and a path to citizenship for illegal immigrants are vehemently opposed to by many, who see it as being threat to jobs, no matter what other gains are present. And that’s the problem, while the focus rests on the short term adjustment in jobs, long term efficiency and even employment gains are ignored. And this goes back to the phrase which characterizes how capitalism evolves: “Creative Destruction”.

Creative Destruction is the term coined by Austrian economist Joseph Schumpeter to mean the reconfiguration of the economy caused by natural technological advancement and innovation. In an ever growing and developing economy, some sectors fail while others succeed. As more workers move towards the succeeding sectors, which are more productive, the economy as a whole becomes more productive and the economy is better off. And that’s what’s been happening for the past few decades with the decline of manufacturing, leading to the service sector quick to take its place as the nation’s job creator. Also, to be clear, it has been technology, not trade, which had been the primary driver of the decline in manufacturing employment in the United States, which has fallen from 30% of employment in post-WWII America to the 8.6% today, a total 21.4 percentage point decline. Economist Bradford Delong attributes technological employment for about 18 percentage points of the decline, over 80% of it. However, trade has also been an undeniable factor since at least the early 2000s with the entrance of China to the World Trade Organization, but not so much, accounting for only a 0.8 percentage point of the decline according to Delong. Yet what fails to be mentioned is that trade deficits, the difference between exports and imports, aren’t blamed on the natural functions of the market economy. To be clear again, the real culprit of rising trade deficits we’ve been hearing so much about is US household and businesses’ saving and investment behavior, which is basically the economy consuming more than it produces, relying on foreign goods and investment to make up the difference, which Delong attributes to the rest of the 2.8 percentage points of the decline. So in summary, technology has been the prime factor for the loss of manufacturing jobs, while macro imbalances have been the prime factor for our rising trade deficit, with the trade deficit playing somewhat a role (but not a major one) in the fall of American manufacturing. Yet instead, manufacturing’s decline is pointed squarely at currency manipulation by foreign governments and bad deal making by previous administration (Delong attributes the effects of NAFTA to 0.0 percentage points of the decline, but you’d never have guessed that if you get your news from our President). Rather than recognizing job losses in certain sectors as natural for the economy to become more efficient, job losses are seen as a pure evil caused by someone else cheating and therefore needs to be resisted. But this is clearly not the case. If trade deficits are seen as too excessive, the answer is to encourage more savings rather than to tax imports intended to harm our trade partners. But what politician is going to tell you to save more to reduce our trade deficit? Blaming someone else, instead of hard honesty, appears to be the current administration’s preference. So unless we either save more or invest less (Savings-Investment=Exports-Imports) there’s no hope of reducing our trade deficit, even with the most ambitious trade barriers. But trade deficits aside, creative destruction in all its forms is a vital facet of a healthy economy, without which an economy will become stagnant and falter out. The economy, like relationships as described in Woody Allen’s 1977 film Annie Hall, are like sharks, they have to keep moving forward or else they die. The goal for any economy is for it not to become a dead shark. Change needs to be encouraged, not resisted.

Policy makers of course know this, which is why they, and their constituents, welcome creative destruction in some areas, but resist it in others. While politicians may resist cheap goods from other countries, they welcome cheap goods from certain companies, despite both having the same effect. Jobs can be perceived to be threatened not just internationally, but also domestically. One company that comes to mind for many when asked about a corporation using low prices to undercut competitors is the superstore Walmart, which dominates many local communities with a de facto monopoly on household goods. This “everyday low price” retailer is often viewed as a threat to local businesses, killing three jobs for every two it creates. The identities of local communities are placed at risk with the introduction of a Walmart, as family owned mom and pop shops become priced out of the market. And the loss of retail jobs should arguable play a greater concern for our labor market, since our economy relies more heavily on retail than manufacturing (15 million to 12 million jobs). So why haven’t we been concerned about threat of retail sector jobs, which far more people rely on? Well, a local Walmart has its very visible benefits in its low prices, which provide low income households greater purchasing power.  By providing a cheap alternative for basic living, Walmart can contribute to an overall higher welfare gain for consumers. So are Wal-marts worth the trade off? Since Walmart hasn’t been the target of much political rhetoric, people seem to be overall content with a Walmart, accepting the consequences for its benefits. And who doesn’t like cheap goods?  While the debate can be held on the quality of employment it creates, practical policy can target these issues without reversing the trend of larger, more efficient superstores, such as increasing worker bargaining power or raising the minimum wage. The economy and public policy can and should adjust to, rather than attempt to reverse, the forces of a changing economy.

But what about an intrinsic need to preserve our culture? Wouldn’t creative destruction threaten products with the label “Made in America”, being a source of pride for many, arguably going beyond a nation’s economic interests. Interestingly, Trump isn’t the first to attack the Chinese for threatening American jobs and undermining the American label. What happens when the creative destruction occurs with cultural clashes, like, say Chinese restaurants competing with American ones? A recent study co-written by law professor Gabriel “Jack” Chin of UC Davis explores just this, known as “The War on Chinese Restaurants”, of the early 20th century. During this time, Chinese restaurants were widely seen as a threat to American enterprise (and the white race), since they employed mainly Chinese workers and competed with American restaurants, making enemies with unions and much of the general public. Union President Samuel Gompers’ essay titled “Meat or. Rice: American Manhood Against Asiatic Coolieism, Which Shall Survive” perfectly captures the hostile attitude of the time. With help from flag-waving citizens, unions played an active role in pushing for legislation in cities which targeted Chinese restaurants. This isn’t too hard to imagine from a 1920s Trump, who may advocate a “Eat American” policy.  Growing competition from Chinese restaurants, not to mention identity politics, led to public boycotts and anti-Chinese legislation. And not just in the restaurant business but in immigration as well, through the Immigration Acts of 1917 and 1924, nearly eliminating all immigration from East Asia for the rest of the first half of the 20th century. So was the war on Chinese restaurants worth having if it’s to protect national culture? Maybe those who argue for the preservation of culture from globalization would have been in favor of a quota being placed on the amount of Chinese restaurants that can be built or a tax on foreign cuisine to encourage more American restaurants. Or Chinese restaurants could have just been embraced, being embedded into our social fabric to become viewed as American as any other restaurant. Since there’s over 40,000 Chinese restaurants, about three times more Chinese restaurants than McDonald’s, we clearly went with the latter. The argument of cultural preservation ignores the fact that culture is dynamic, with new introductions or innovations being able to coexist or even become embedded into a nation’s social identity. Just look at the introduction of Indian food into Britain or chili peppers being brought to the East. What may be considered foreign and threatening by one generation may be considered to be a part of the national fabric by the next. Maybe the new generation will see the “Made in China” label of Walmart products apart of a new American lifestyle

There is something inherently lost when a local factory or local shop shuts down. But job losses happen all the time, well over 50,000 everyday (yes, everyday!) during a period when unemployment is well below 5% and tens of thousands of jobs are added every month. So why is it such a concern when a select few jobs are lost from a particular industry, when our economy is already going through plenty of structural change as it is? The mission for public policy, instead of trying to wind back the clock, should be to make the transition as short and smooth as possible, with everyone being better off in the long run. For the economy to prosper, it has to keep moving forward. Coal and manufacturing jobs will continue to be lost, no matter what the current administration does. Whether it’s by technological innovation, foreign competition, domestic super stores, change is consumer tastes, household savings rate, greater fuel efficiency or one of the plethora of changes that take place in any society, we’re going to keep losing jobs, which is not necessarily a bad thing so long as policy remains active in the transition and ensure that there are more jobs to take its place.  I’m sure many living in the Rust Belt were touched by Trump’s promises of rebuilding American manufacturing, but the fact is that a healthy economy can only go forward. We can’t halt the inevitable, so instead we need to be preparing for the future, making difficult choices and having to go through some tough times while having policy makers be honest and make realistic statements on our country’s future. But then again, it’s just so much easier to blame someone else.