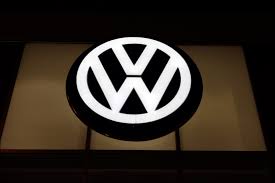 Over the past few weeks, the VW group has been involved in what some might consider one of the biggest scandals in automotive history. With an estimated 11 million cars implicated, a 30 percent decrease in VW shares price, and CEO Martin Winterkorn standing down, it is definitely a cause for concern.

US regulators have charged VW with cheating emissions tests in the US. It has been reported that the engine contains code that detects when it is being driven on an emissions test cycle and then, turns on full emissions controls. Under regular driving conditions, the controls are reduced, so the engine performs more efficiently. In doing so, it emits more oxides of nitrogen, known as NOx, gases that form toxic smog. NOx combines with other air pollutants to produce compounds which cause or worsen respiratory diseases, especially among children, the old, and asthmatics. It’s closely linked to the LA smog which played significant role in establishing emission controls within the US in the 1970s. It has been reported that the affected cars NOx emissions on the road could be between 10 times and 40 times the legal limits.

The existence of this software device means vehicles do not meet federal standards, making it illegal to sell them in the US. The federal Environmental Protection Agency (EPA) says this means VW could be fined an estimated $13 billion on the 11 million cars affected. The issue has gone nationwide, with EPA also issuing a Notice of Violation to VW and Audi in the US. It covers 2.0 diesel Audi A3s, VW Golfs, Passats, Beetles, and Jettas. The California Air Resources Board (CARB) has confirmed VW has admitted to these allegations, and for the moment the company has stopped selling 2.0 diesels in the US.

Worst of all is the damage to the company’s reputation. VW has always slightly underperformed in the US markets and has been investing heavily in building their brand within the US. Unfortunately, this could all be undone if buyers lose trust. Unlike most recalls, where an engineering mistake affects the safety of owners. This one doesn’t endanger the owners, but it is about a corporation that appears to have bent the rules in environmentally damaging fashion.
VW has said that 11 million cars worldwide are affected, and it has set aside 6.5billion euros, over £4.5bn to pay for “necessary service measures and other efforts to win back the trust of our customers.” Matthias Müller former CEO of Porsche, a subsidiary of the VW Group, has been appointed as CEO of the VW Group. The company’s financial goals have also been adjusted accordingly.