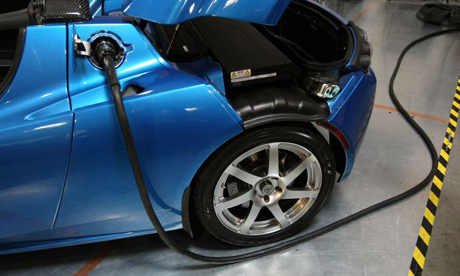 The next five to ten years could be a pivotal moment for electric cars, proving whether or not the mass consumer market will adopt them. Two cars, in particular, coming out in the next couple of years, the Tesla Model 3 and the Chevy Bolt, will decide the fate of electric cars.

Currently, there are a few consumer level electric cars available such as the Nissan Leaf and a number of base brand converted EV’s such as the Chevy Spark EV and the Ford Focus EV. The Nissan Leaf is the most popular EV in the world, with over 200,000 on the road since December 2015, but it has many limitations keeping it from being more successful.

The two most important factors considering whether an EV will be successful or not are range and price. Currently, the price of a new Nissan Leaf is $29,010 and has a range of 84 miles. The market has dictated that for a consumer level electric car to be viable it has to cost under $35,000 and have a range of about 200 to 300 miles. A 2013 study by the California Center for Sustainable Energy found that only 9% of consumers would be satisfied owning an electric car with a 100 miles of charge but 70% would be satisfied with 200 miles.

The price of the Leaf is in the target range but the driving range is far below what consumers are comfortable with. Even though the average American drives only 37 miles a day the consumer wants to have a large buffer zone and the freedom to drive long distances.

The main issue holding back electric cars is developing a battery that has a long enough range but is also affordable. This is the big issue Tesla and GM have been tackling but now with their new models coming out they may have finally broken through the barrier.

Chevy claims its new Bolt will cost $30,000 and have a range of 200 miles while the Tesla Model 3 will be slightly more expensive but may have a range up to 250 miles. These two cars could be revolutionary and finally, push EV’s into the mass market just like the Ford Model T did for gas combustion cars in the early 1900’s.

Tesla has a target of putting 500,000 electric cars on the road by 2020. It plans to reach this goal by completing its “Gigafactory” in Nevada which will double the world production of lithium ion batteries and reduce the price of them by 20 to 30% through increased efficiency and economies of scale. Elon Musk, the CEO of Tesla, says that for all cars in the world to be electric a few hundred of these types of factories will need to be built but he believes it is possible.

GM has also made substantial investments in R&D for EV’s in its facilities in Detroit. Tesla lovers have to remember that even though Tesla is leading the pack in electric cars other companies like GM are far larger and have the ability to make investments in the sector that Tesla may not be able to. This is one of the big reasons GM was able to beat Tesla in its unveiling of its mass-market electric car.

Another big issue with electric cars, currently, is the incredibly low cost of oil which has made owning a regular gas powered cars even cheaper. This issue will hurt EV’s in the short term but gas prices are variable and will eventually rise again. Another cost factor to consider is the high amount of maintenance required for gas powered car. This could end up costing the consumer hundreds if not thousands of dollars in extra expenses that electric cars barely have because of the ultra simple nature of their mechanics.

We also have to keep in mind the government’s role in all this. Global warming has been recognized as one the greatest threats facing humanity by all major governments and they will peruse policies to reduce CO2 emissions and one of them is to increase EV usage. Currently, in the US, there is a $7,500 tax credit for all electric cars which will make the Bolt and Model 3 affordable. A $10 tax on a barrel oil has also been proposed by the Obama administration which will, of course, make the cost of owning a regular car more expensive.

Putting all these developments together it is certainly going to be an exciting time for the electric car industry and could prove to be the biggest transformation in the automobile industry in over a 100 years. Almost every major car company right now is making investments in and developing their very own electric cars. It may very well be the case that the next car you own will be an EV.