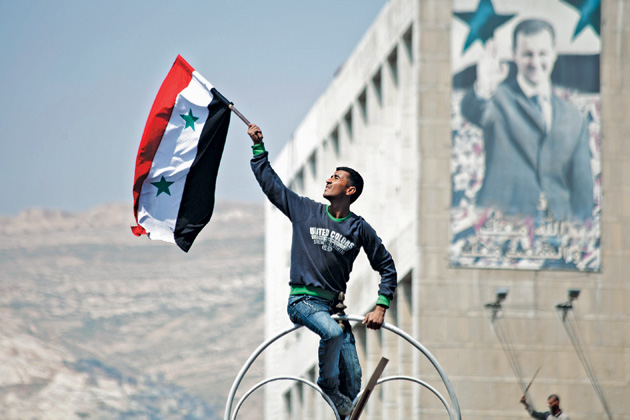 Syria’s four year civil war has shattered Syria’s economy. While accurate statistics are hard to draw up for a country in the midst of a complex and dynamic civil war, what statistics we do have paint a dire picture.

A war economy has taken over, with multiple economic spheres emerging in areas of rebel control. The Islamic State, also known as ISIS and ISIL, continues its state-building efforts controlling over 50% of Syria’s landmass, key cities – such as Raqqa and Palmyra – and key economic resources – such as oilfields, mines and water and electricity generation systems. It is estimated that the Islamic State has the capacity to produce 60,000 barrels of oil per day and possesses rudimentary refining capacities as well. The bifurcation of Syria between the retreating government and the advancing Islamic State will continue to radically reshape the Syrian economy.

The evolution of the conflict involves both military and economic realities. Military advances and positions on the ground are tightly linked to economic factors. The two largest entities in Syria – the government and the Islamic State – are also the two most administratively organized and economically viable entities. While military and humanitarian aid continues to flow into Syria from numerous international parties, the long-term evolution of the conflict will depend on which factions control economic resources on the ground. Government-controlled areas continue to comprise the most populated and wealthy parts of the country, which when combined with the recent muscular Russian intervention in Syria, leave the government in a significantly stronger position than that of the rebel groups. Syria’s civil war is as much an economic one as a military one.