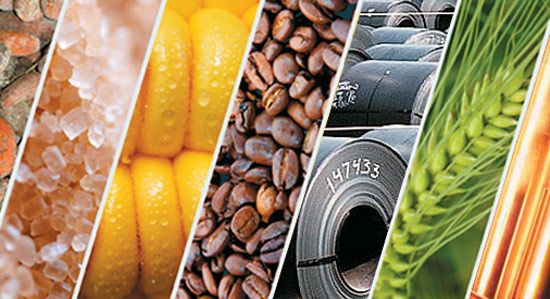 The Chinese economic slowdown has been impacting the global economy to a great extent for the past few months, and last week was no different. Bad news from the Chinese manufacturing industry caused a selloff of Copper, which fell to a six year low, and Goldman Sachs Analysts are expecting it to continue to fall. The shift in Chinese demand for minerals is putting a lot of commodities firms under pressure and even the well established giants of the sector are not safe. On one hand we have Alcoa, which is presently splitting in two, hoping to bolster shareholder value with smaller and more focused operations.  On the other hand we have Glencore, the mining giant which saw its shares decline by 30%, do to investor concern of the company’s $50B debt. Worldwide the situation for mining firms is not any better, with a combined debt of a trillion dollars.

Other sectors with activities linked to commodities are also impacted by this situation, on Tuesday, Japanese shipping business Daiichi Chuo Kisen Kaisha filed for protection from creditors, caused by the fall in demand for iron and coal by China. The shift in Chinese demand is not only impacting firms, any economy in which commodities exports plays an important role is going to have a tough time as well. Australia have seen it’s dollar loosing value against the US dollar over the past few months. Chile, for which copper represent 30% of its export, is seeing a slowdown of it’s economics growth and is expected to increase government spending. For smaller countries such as Zambia, this situation can be catastrophic, Zambia’s currency fell by 17% (biggest one day fall record) on Monday and have seen it’s sovereign rating reduced by Moody’s on Friday.