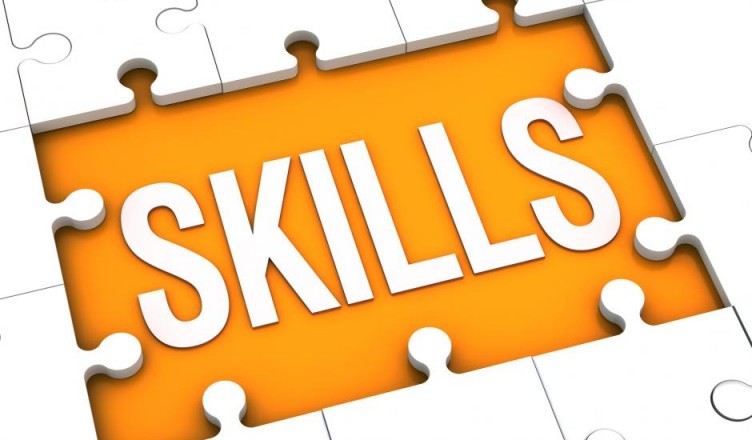 Long-term unemployment can have devastating consequences. It’s bad enough when a worker loses their job, but it’s often permanently destructive when their unemployment benefits run out and they are still unable to find work. Despite the low unemployment rate of just 4.8%, long-term unemployment, and low labor force participation still persist as major problems facing the US economy. The U-6 unemployment rate, the percentage of workers who are involuntarily working part-time, is at a high rate of 9.4%. Much of this can be attributed to workers who had lost their jobs through automation and trade and have since been struggling to find employment in the job market. Many have been so discouraged as to drop out of the labor force entirely, which isn’t reflected in the unemployment rate. The loss of manufacturing jobs especially had been a huge theme of the 2016 Presidential Election, with candidates on both sides of the political spectrum touting in defense of the American worker. Their policies have included job training for displaced workers, so they may be better able to integrate back into the labor force. And this policy has received widespread popularity since job training is viewed as compensating the “losers” of technological advancement and globalization.  Our immediate instincts would tell us that job training would help these workers transition into the jobs of the new economy and that raising human capital would lead to improved employment prospects which can even pay off in the long run. Unfortunately, the macro economy is much more complex and requires close attention to determine how effective this policy of job training actually is.

Take the Transitional Adjustment Assistance program (TAA), a federal program designed to assist workers who have lost their jobs from trade to better integrate them into the job market. The program provides job training and issues extended benefits so long as workers are enrolled in job training. This program would appear perfect for those who believe that displaced workers simply need the appropriate skills and time to get back into the labor force. And that once equipped with these skills, the employment prospects of these workers will shoot up. Yet unfortunately for the workers, the program has failed to produce any significant change in employment prospects for its participants. A study done by Mathematica Policy Research shows that the program does not change workers employability and that during the first three years, those who participated in TAA’s job training program were more likely to be unemployed that those who hadn’t. This makes sense, as participants will spend more of their time in training than in the job search. But non-participants are clearly able to obtain employment without the job training, so the mandatory job training of the TAA can be seen to get in the way of actually getting a job. Another study by Economists Kara M. Reynolds and John S. Palatucci had shown that those employed after participating in the TAA earned less in comparison to their previous job than those who didn’t participate in the program. While non-participants obtained employment where they earned, on average, 9.4% less in income than their previous job, those who had participated in the TAA ended up earning 30% less than their previous job. The reduced income as a result of the program has been confirmed by the Government Accountability Office. This is expected, as those who aren’t in the program have been spending more of their time actually looking for a job. If obtaining employment were as simple as receiving skills, this program would have no problem whatsoever correlating with better employment prospects for the workers enrolled. Yet the opposite holds true, which should make the public try and realize what doesn’t work to help discouraged workers get back into the labor force. The TAA has been under heavy criticism for its high cost and lack of effectiveness. And this criticism is certainly justified, as it wastes taxpayer’s money and worker’s time. However, this should lead us to dismiss the easy answer of simply providing job training and encourage us to take a closer look at the economy to find a true prescription. We can also attribute the failure of the TAA program in helping displaced workers to the lack of a skills gap itself.

The idea of a skills gap is based on the belief that there exists a mismatch in employer’s needs for skills and worker’s possession of those skills. Those who believe that there is a skills gap would often prescribe job training programs in order to close the gap between what employers need and what the unemployed have. In the presence of a skills gap, unemployment would be due to “structural” problems in the economy.

Yet the presence of a skills gap has been largely debunked as there is no real evidence backing it up. A study by the Economic Policy Institute has shown that persistent unemployment is largely caused by a lack of aggregate demand and the belief of a skills gap has been largely overblown since the skills employers demand are very basic and within the reach of most people. Nobel Laureate Paul Krugman has called the skills gap explanation a “zombie myth”. Why a “zombie” myth? Because despite the studies which show that long-term unemployment is not attributable to a gap in skills, the belief persists simply because it seems true. No amount of evidence seems to be killing it.

It’s almost common knowledge to believe that having more skill improves a worker’s employability. However, it’s not that simple, as when one looks at the needs of the market, employers don’t need more skills. For instance, many view in-demand jobs requiring computer skills, as the rapid growth of technology requires technical skills such as coding. These middle-aged workers are unlikely to have a job at a tech company like Amazon or Facebook, which employ a negligible amount of the workforce already. However, the fastest growing jobs, are those in low-level services, especially in healthcare. Economist Adair Turner states “Employment is growing fastest in face-to-face services such as personal care. These jobs are more difficult to automate than manufacturing or information services; but, according to the BLS, they require only limited formal skills or on-the-job training. And job categories that require specialist ICT (information and communications technology) skills do not even make the top ten”. Skills received by a government job training program would likely be unnecessary for the needs of the market and would only serve to take time away from the job search.

Many who believe that there is a skills gap would cite the hundreds of thousands of job vacancies in the market, leading them to conclude that the problem must be structural. However, this is a normal phenomenon in the job market, as shown by the Beveridge Curve, which measures the unemployment rate to job vacancies. There will always be vacancies in the market and currently, employers seem very hesitant to fill these positions for many reasons outside of a lack of skill. Also, the skills gap story simply does not match employer’s practice. If there was a skills gap, wages would be increasing as employers try to attract the workers who are more skilled. Yet annual wage increase has been stuck at around 2% since the 2008 Financial Crisis, sluggish by any measure. How could employers need more skilled workers if they’re not raising their wages to attract them? Where’s the proof of a skills gap? The truth is that the skills gap is a myth and in order to actually help these displaced workers public policy must take aim at the real problems facing the economy.

This persistent unemployment can instead be attributed to the sluggish economic growth since the 2008 Financial Crisis. Weak demand leads to a reduction in the need for employment. Secondly, long run unemployment itself is a barrier to employment. Studies show that employers negatively view applicants who have been persistently unemployed, as they view their skills as decaying and it signals a lack of work ethic. This keeps many displaced workers in a vicious cycle of unemployment. No amount of job training can prevent this but would simply waste worker’s time which would be better spent searching for a job.  To reduce long-run unemployment, policies which boost aggregate demand should be the primary focus. Jared Bernstein of the Center on Budget and Policy Priorities also attributes the lack of employment not to a skills gap, but to the weakness of the domestic economy and lack of worker influence. He provides a list of alternative priorities that need to be tackled rather than skills, stating:

“if we fail to deal with the lack of bargaining power suffered by workers across the spectrum of wages and skills, the bubble and bust cycles that have defined the macroeconomy in recent decades, the erosion of labor standards, the austere fiscal policy, the sectoral imbalances, and the absence of full employment, too many of us will continue to experience eroding living standards—regardless of technological progress.”

Instincts aren’t enough to construct effective policy aimed at providing employment. The easy answer of “job training” has proven to be unsatisfactory to the needs of the struggling unemployed. Despite overwhelming evidence against the presence of a skills gap, job training remains a priority for those wishing to help the displaced worker, simply for the fact that it’s a common sense response.  Yet it displays a deep misunderstanding of the workings of the macroeconomy. Bad policy continues to persist as many refuse to look closely at the market to determine what is actually needed. This is not to say that there is currently no role for job training by the government or that it cannot be improved to better enhance their employment prospects. Job training programs can potentially, if done correctly, help workers better integrate into certain sectors. However, to say that America’s displaced workers are suffering from a lack of skills is doing them a great disservice. While the government spends billions every year to fund these job training programs, which may even have a negative impact on employment, long-term unemployment persists and proponents of job training pat themselves on the back saying  “mission accomplished”. These workers deserve policies that work. They deserve policy makers who base their proposals on the structure of the macroeconomy, rather than prescribe what their inclinations tell them. We have to change our view of what displaced workers need and recognize that it’s something more than skills. If we fail to do so, then families across the country will continue to feel the devastation of persistent unemployment as policy makers waste billions on programs which only worsen the damage.