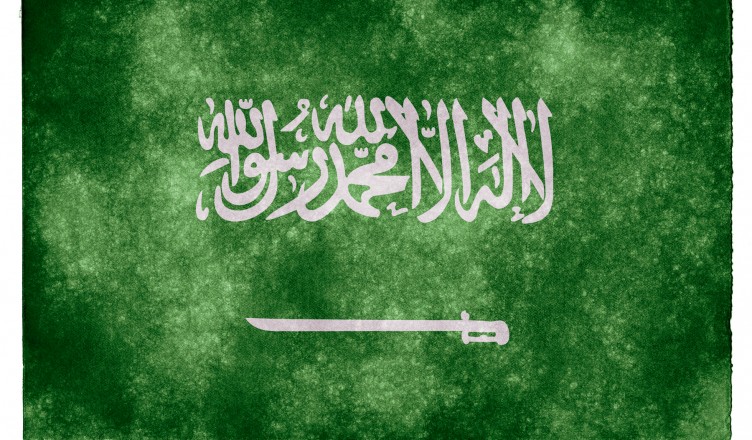 The harsh deserts surrounding Diriyah in central Saudi Arabia played host to a meeting that would shape the destiny of the Arabian Peninsula for centuries to come. Here in Diriyah, in the 18th century, the House of Saud forged an alliance with Muslim preacher Ibn Abdel-Wahhab and went on to conquer much of the Arabian Peninsula. The Saudi state survived internal conflicts, wars, assassinations, and the ravages of time to emerge in the present century as the leading power in the Gulf. Riding an oil boom, the Saudi economy doubled in size from 2003 to 2013 to become the 19th largest economy in the world. Household income, adjusted for inflation, grew by 75% in that time, and 4.4 million jobs were created. The harsh conditions of the Arabian Peninsula and the grinding poverty of the nomadic life gave way to luxury and largesse on an unprecedented scale. But the 80 year-old modern Saudi state project has entered the second half of this decade facing major economic and political challenges in the decades to come.

These challenges come at the time of two unique developments in the history of modern Saudi Arabia. Firstly, a generational shift is underway in the House of Saud, with power being transitioned from the brothers of Abdulaziz Ibn Saud, modern Saudi Arabia’s founder, to a younger generation of princes, namely Crown Prince Mohammed Bin Nayef (who is 56) and Deputy Crown Prince Mohammed Bin Salman (who is 30). This has coincided with American pullback from the region that has dominated its foreign policy for the 25 years since the end of the cold war. The American-Saudi alliance, based on mutual interests and oil, is also weakening. This alliance has guaranteed Saudi security and underpinned its regional power for over 25 years.

These developments take place on the backdrop of the end of the commodity supercycle identified by Northeastern University Associate Professor Bilge Erten in her paper for the UN. Oil prices have collapsed from the highs of $140 dollar per barrel in 2008 to less than $30 per barrel. A more competitive world energy market along with shifts in energy production and consumption are likely to keep prices in this range for the years to come. The collapse of oil prices have battered the Kingdom’s finances, which depends on oil for 90% of government revenues. Foreign reserves have fallen by $100 billion to $650 billion thanks to a soaring budget deficit. The collapse in oil prices threatens to wipe out much of the economic progress made in the last decade. 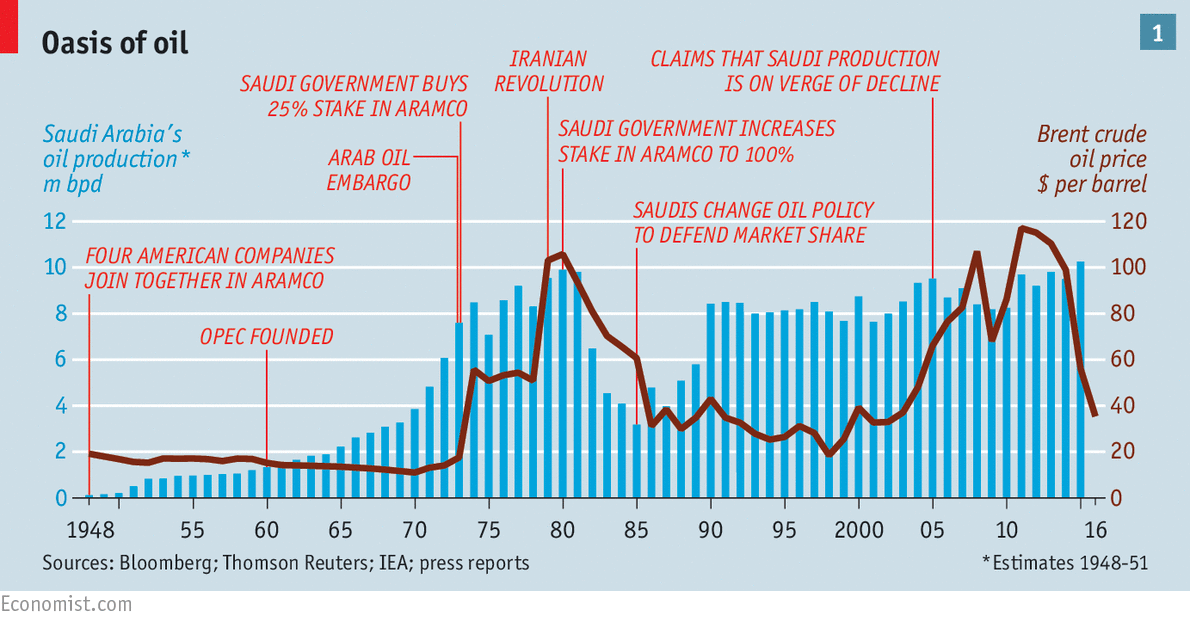 The fresh-faced deputy Crown Prince Mohammed Bin Salman, regarded as the most powerful and influential member of the royal family, has met these challenges with ambitious and unprecedented plans. His first task is to rebalance the Saudi state’s finances. The state’s largesse in the form of petrol, water and electricity subsidies is being cut dramatically and the Kingdom is looking to introduce a value-added tax of 5%. Moreover, Prince Salman promises to move the Kingdom to market prices by the end of 5 years. The government also plans to embark on an ambitious privatization scheme. It has plans for an insurance-based, privately provided health-care system along with charter schools. The national airline, telecoms firm and power generator are also being considered for privatization. Perhaps most stunningly, the government is considering floating shares of Saudi Aramco – the financial muscle that has supported the modern Saudi state, and according to estimates, the world’s most valuable company. Desperate times call for desperate measures. Finally, there are plans to increase labor participation which currently stands at an abysmal 41% and take advantage of a young and increasingly well-educated population. Indeed, many Saudi students go abroad to study on government scholarships.

Certain indicators, outlined in this recent Mckinsey report, promise a bright future if these ambitious reforms go through. For example, $450 billion from the Kingdom’s oil windfall went into public capital investment helping to build 81 new hospitals, numerous new universities, new metro lines, a new financial district in the capital Riyadh and the new King Abdullah Economic City on the Red Sea. In addition, 25% of government spending goes towards education and 83% of Saudis live in cities. These are both strong assets for an economy and can be capitalized on to great effect. Finally, Saudi Arabia is set to benefit from a huge demographic dividend, seeing its workforce double by 2030.

However, significant challenges remain. Schoolchildren continue to score poorly in international assessment tests and the university dropout rate is 50%. The poverty rate is unknown but estimated at 25%, which is underpinned by significant wealth inequality. Saudi Arabia’s demographic dividend could easily turn into a demographic nightmare if jobs cannot be found for all these new workers.

On a different front, the recent lifting of sanctions on Iran will suck significant economic oxygen away from Saudi Arabia, especially considering the high levels of wealth and education enjoyed by Iranians, particularly Iranian women. More importantly, Iran’s population of 80 million presents a much more lucrative market opportunity to multinationals in comparison to Saudi Arabia’s population of 30 million. The Iranian reentry into the world economy represents a new battlefield in the regional jousting between Iran and Saudi Arabia. Thus far, Saudi Arabia and Iran have clashed through proxies in the region, and Iran has steadily been winning, its influence now felt from San’aa though Baghdad and Damascus to Beirut. An economic bonanza in Iran would only place further pressure on Saudi Arabia in an already volatile region.

But the real threat to Saudi Arabia comes not from the machinations of Iran and its reentry into the world economy, or from the sizeable economic challenges the Kingdom is set to face. The real threat comes from the possibility that the political will and popular support can’t be found to maintain the harsh cuts and radical reforms to the Saudi economic model and social contract. Without the will and support of the masses, these radical changes could rip the Kingdom apart and end the 400 year-old House of Saud-Wahabbi nation-state project once and for all.