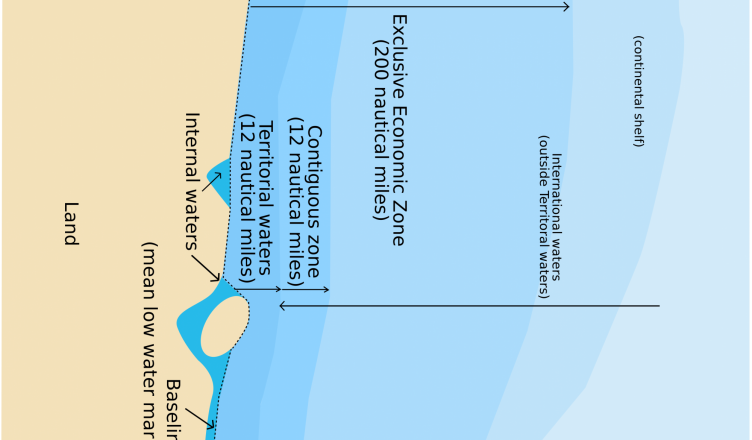 China’s claims and aggressive expansion on islands in the South China Sea has brought the issue of territorial waters back into mainstream discussion. In 1982, the United Nations Convention on the Law of the Sea set forth a framework that has governed how state’s exercise sovereignty over the sea. A state’s territorial waters extend 12 nautical miles (1 nautical mile = 1852 meters) from the baseline which is the average low-water mark. In cases where disputes arise between countries with coasts near to each other, the border between these 2 state’s territorial waters is the median point between the states’ baselines.

States are then entitled to another 12 nautical miles known as the contiguous zone where they have the right to exert limited control to prevent infringement of its customs, fiscal, immigration or sanitary laws. Finally states are entitled to 200 nautical miles of water known as an exclusive economic zone (EEZ) which contains both the state’s territorial waters and contiguous zone. States are entitled to all the economic resources in the EEZ. Some examples of this are fishing, mining and mineral resources. Any sea beyond the EEZ is defined as International Waters and not subject to sovereignty from any nation.

China which has claimed sovereignty over all islands and waters demarcated by its famous “nine-dash line” is laying claim to an area of sea that far exceeds the international legal precedent. Its aggressive construction of airfields on at least three of these islands as well as its increasing military presence in the area is a sign of a concerted policy to extend China’s sovereignty over the entire South China sea. That chance of confrontation is rapidly increasing. 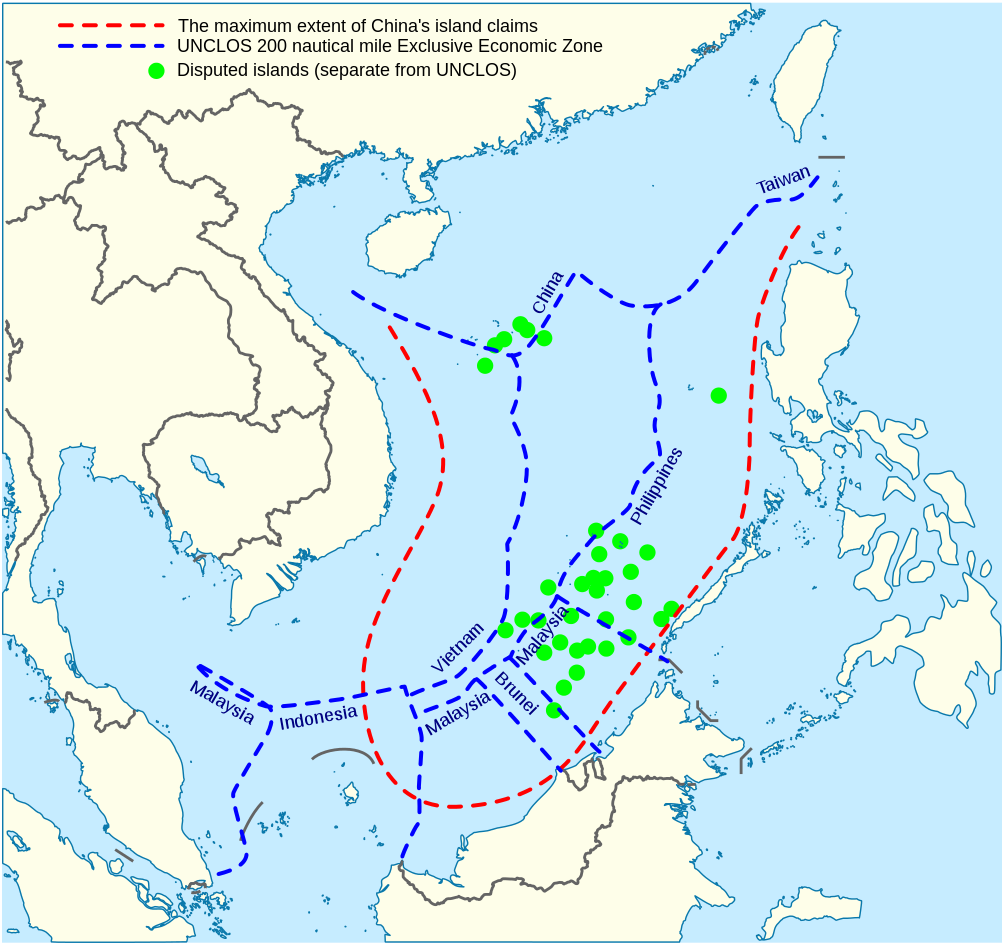