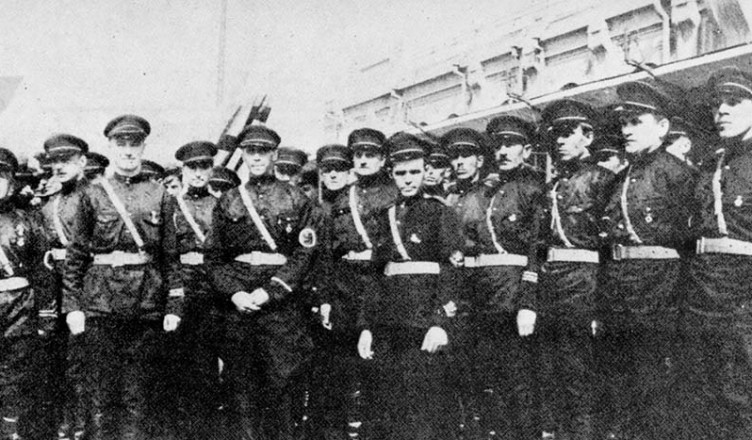 As the chorus of Neoliberalism quietens, the world enters a period of uncertainty and tension similar to the decade before WWII.

Since the end of WWII with the victory of the Allies (Britain, the US and Russia), democracy and free market economics have made a stunning joint advance worldwide. Together, these policies form the core of what has come to be known as the “neoliberal agenda.” This agenda promised to be a panacea to all economic ills by seeking to use the power of trade liberalization, deregulation and the free movement of capital to uplift economies across the globe.

Globalization has played a major role in accelerating the advance of neoliberalism worldwide. Democracy and free-market economics made stunning advances from the late 1980s onward with the collapse of the Soviet Union and the global dismantling of the International Communist order. The international order that emerged involved ever closer trade and communication between the world’s countries and growing convergence on economic and political setups – the European Union being an excellent example of this. The Bretton-Woods financial order was set up after the end of the war and spearheaded the spread of free-market capitalism worldwide through the World Bank and IMF and supported the primacy of the dollar as the world’s reserve currency.

Neoliberal economic policies have resulted in shifts in the world economy which have quietly brewed a well of discontent in recent decades. This discontent first took hold among blue-collar workers – particularly in the West – who suffered the brunt of the outsourcing and restructuring effects that globalization and free-trade sparks. It has since spread to the middle-class as a result of growing income inequality across the world. In 2016, among a whirlwind of interrelated economic, political and social crises this discontent has ignited across America and Western Europe. We are rapidly watching the reemergence or right-wing, anti-immigrant and anti-globalization political parties such as the National Front in France, UKIP in the UK and most spectacularly Donald Trump’s shotgun marriage with the Republican party.

The eruption of discontent into the political mainstream is the clearest of all indicators that something is amiss. Neoliberalism has failed to be the antidote to all economic ills that it has claimed to be for decades. Instead, neoliberalism has presided over a series of stark failures, including profound growth in income inequality. These failures of neoliberalism have begun to sow doubt in even neoliberalism’s staunchest advocate – the IMF. In a recent research report the IMFconcluded that “the benefits [of neoliberal economic policies] in terms of increased growth seem fairly difficult to establish.” The report lambasts neoliberalism as a political agenda as opposed to an economic agenda which had failed to deliver on its promises. The message of this report was clear, the rumbles of discontent now echo in the highest corridors of policymaking worldwide.

The Failures of Neoliberalism

The IMF report mentioned earlier describes the neoliberal agenda in the form of its two primary goals: removing the restriction of capital movement across borders (so-called capital account liberalization) and fiscal consolidation (austerity and the reduction of budget deficits). The first of these goals, in combination with tariff reduction and free-trade policies, has had a profound effect on the structure of economies around the world as well as the volatility of their macroeconomic cycles.

The report identified two glaring failures of neoliberalism. First, evidence is scant that free movement of capital and fiscal consolidation lead to periods of increased growth. Second, neoliberalism has contributed significantly to massive increases in wealth and income inequality.

The free movement of capital, although laudable in many situations, is not without its costs. Free movement of capital has been linked to increased economic volatility. Since 1980, there have been 150 separate surges in capital inflows across 50 emerging market economies. In about 20% of these cases these surges ended in financial crisis and large output declines.

The most glaring failure of neoliberalism however is the role it has played in significantly increasing economic inequality. The top 1% in the world own more than 50% of the world’s wealth. In his landmark 2013 book, the French economistThomas Piketty laid out a theory on why this kind of inequality develops based on centuries of tax data. In its simplest form Piketty’s theory can be expressed as r > g, where r is the rental rate of capital and g is the growth rate of the economy. Piketty argues that the returns on renting capital (apartments, factories, land etc) will always grow faster than the growth rate of salaries (which is tied to the growth of the economy). Thus, wealth and income will accumulate at the top, where the majority of owners of capital can be found.

As employment in the manufacturing industries dropped precipitously from the late eighties onwards, advanced jobs in technology, engineering and a variety of other fields have seen significant growth. This has led to a phenomenon known as “the Great Divergence.” The well-educated, highly-skilled and often young concentrate in major, cosmopolitan metropolises where there is an excess of well-paying jobs, such as London, Paris, Boston, San Francisco and New York. This has created a feedback loop where the most talented and most wealthy are increasingly concentrated in fewer and fewer cities. Education systems around the world act as vacuums, sucking in the most talented and spitting them out to join the workforce in these “uber-cities.”

The rest of the population – the vast majority of people in fact – live in towns and cities throughout the interior. Such cities and towns lack the international clout, access to capital and highly-skilled people to compete. Increasingly, they are stuck in cycles of stagnation, left behind by the rapid-growth in cities such as Boston and San Francisco. The free movement of capital across borders has only worsened this effect. It enables capital in all its forms, be it human or financial, to concentrate on a global scale in any one of the top tier of cities. This has erected subtle but profound economic barriers to entry and bifurcation on a global scale.

In 2001, the richest 50 American cities produced 27% more per head than America as a whole. This number has continued to rise. Today, they produce 34% more per head than America as whole. Moreover, between 2010 and 2014 the population of American cities grew on average by 3.7%. But for the 50 richest cities, this number was 9.2%.  Additionally, the Pew Research Center has recently shed light on the growing polarization of wealth and the decline of the American middle class. In 2015, 50% of Americans were considered middle class down from 59% in 1981. For the first time in a number of decades, there are as many Americans in the upper and lower-income classes as in the middle-class. In 1981, the American middle-class’s share of aggregate income was 62%. Today, the American middle-class’s share of aggregate income is down to 43%. Meanwhile, upper-income households have seen their share of aggregate income jump from 29% in 1981 to 49% by 2015.

Much good has come from neoliberal economic policies. For example, the same IMF report mentioned earlier pointed to the expansion of global trade which has lifted tens of millions from abject poverty, the improvement of services that comes from the privatization of state-owned enterprises and lowered fiscal burden on governments. But too much attention has been paid for too long to these inarguable goods at the expense of ignoring the downsides of neoliberal economic policies. As we are now beginning to witness the fallout of this is not national or even continental, but rather, global.

The discontent that has ignited in the blue-collar and middle classes has stoked economic and political nationalism across the Western world. Forces once thought buried, especially in continental Europe, have sprung to life with vim and vigor. The impact of the collapse of nations on Europe’s periphery such as Libya and Syria and the resultant security and immigration crises have poured gasoline onto an already powerful flame.

The fallout of this economic and political nationalism is uniquely observable at an institutional level. The overwhelming result of this discontent and nationalism is the erosion of institutions at a national and international level. Within nations, demagoguery and nationalism weakens public institutions and democracy. BothPoland and Hungary for example have seen the erosion of the independence and effectiveness of their public institutions at the hands of their rightwing governments. The same scenario can easily play out in France with the rise of the National Front and in Britain with the rise of UKIP.

At an international level, institutional erosion is most visible with the challenges faced by the European Union. The European Union’s unbreakable commitment to financial discipline has seen Euroscepticism soar in its members states, culminating with last month’s Brexit vote. Furthermore, the European Union has been badly burned by a series of internal crises such as the financial and economic crisis in Greece and the impending collapse of the Schengen open borders area due to the immigration crisis.

It is become clear over the last 5 years that the challenges to global stability, the continued spread of freedom and economic development run deeper than once thought. Much has been achieved thanks to free-market economics since 1980. China for example has lifted a staggering 700 million people out of poverty. Much has also been achieved thanks to democracy. But, because the world has failed to help those that have been left behind by globalization, democracy and the free-market are at risk of self-immolating. The world now closely resembles the world in 1930, when a deep economic crisis resulted in soaring nationalism across Europe. This nationalism dismantled the post-WWI political order in Europe and sparked World War II, which changed the world forever, at great cost. This risk of our continued apathy is that this scenario plays out again in different parts of the world. Vigilance is what is most required. As Thomas Burke once remarked, “the only thing necessary for the triumph of evil is that good men do nothing.” The world must heed his advice.

This article was originally published here.