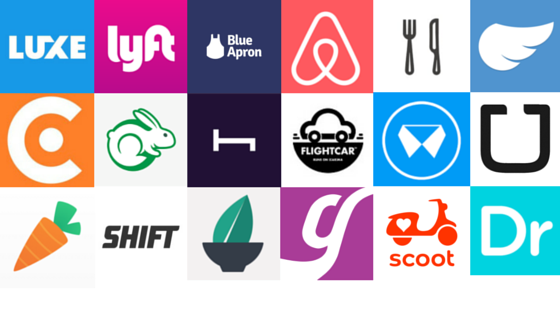 With the emergence of companies such as Uber and Airbnb, many are skeptical that these services are destroying traditional employment. Along with it, all the benefits that go along with traditional jobs such as, pensions and health-care benefits. However, from our previous article, it is important to note that the sharing economy does not replace the old one.

A new research report done by JPMorgan Chase Institute studied the incomes of 1m of their customers with active current accounts over three years. Their findings showed that, in September 2015, 1% of them earned income through an on-demand platform. Of these, just over half used capital platforms, such as Airbnb, to lease items they already own and the remainder (about 0.4%) used labor platforms such as Uber. Although small, the supply of on-demand labor and capital has grown rapidly. As recently as the end of 2012 barely 0.1% of the bank’s customers earned through online platforms. This figure has increased to 4.2% in 2015 having participated at one point or another.

Earnings from on-demand apps are strongly correlated with negative shocks to incomes from other sources. However, capital platforms are generally used consistently. Data from the research report showed more than half of JPM’s customers have seen their incomes swing by at least 30% in a month. Volatility in pay is largely responsible. This suggests most on demand workers use apps to supplement their income, instead of a replacement for a full-time job. On average, labor platforms provided only a third of on-demand workers incomes. And their participation was often periodic or infrequent, almost half of those who start working on a labor platforms stop within a month.

The sharing economy is certainly not replacing traditional jobs but, definitely helps supplement income where it is needed.