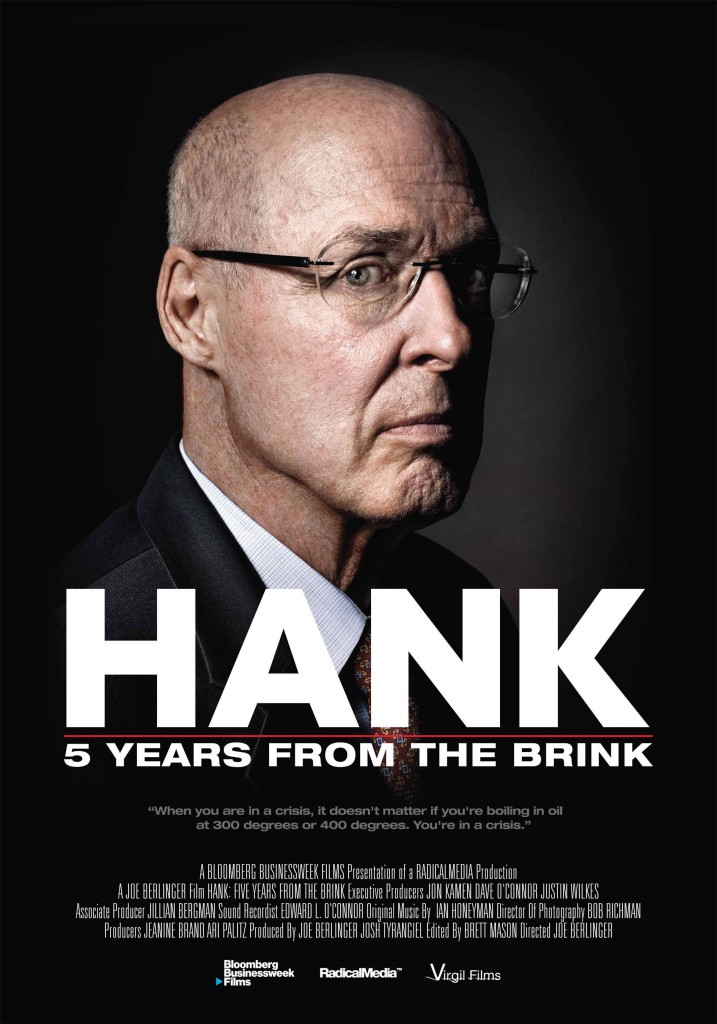 Secretary of the Treasury Henry Paulson was named Time Magazine’s Person of the Year in 2008. Confusingly he was also named in their 2009 article, “25 People to Blame for the Financial Crisis”. However you slice it, Secretary Paulson was very influential throughout the tumultuous 2007-2008 financial crisis. Hank: 5 Years from the Brink introduces you to Secretary Paulson and showcases the unfolding events of those hectic years through his eyes. It begins with Secretary Paulson telling you about his early life and then why he finally decided to take the position as Secretary of the Treasury. The film does an incredibly great job of bringing you into the stress of Secretary Paulson’s situation. You’ll see how each and every additional challenge the crisis put forth weighed on him. Hearing about how his home life changed from his wife Wendy were some its strongest moments.

The film was directed by Joe Berlinger, who also worked on the tenth episode of We the Economy titled “The Street”. This movie is best watched after you feel confident with the events of the financial crisis. Watch Too Big to Fail or read After the Music Stops first. This will allow you to focus on understanding Secretary Paulson’s perspective. Critics of the Secretary Paulson will point out that it doesn’t showcase any different viewpoints on what he could’ve done differently. However, if the film isn’t viewed as an all-encompassing presentation of the financial crisis and more specifically as an insight into Secretary Paulson’s hindsight perspective, those qualms are quickly silenced. Bottom line the film does a great job of introducing you to a man who played a key role in preventing an economic disaster. As it’s available on Netflix, it’s a must watch for anyone who finds the recent financial crisis interesting, I give it 3 votes for TARP out of 5.